Beina Yao, a Chinese pop singer, was born in Wuhan, Hubei, in September 26, 1981. At 16:55 January 16, 2015, Yao died due to relapsed of breast cancer in Peking University of Shenzhen Hospital, and she was only 33 years old. This incident caused great sensation in China.


Our project is to use miRNA——miRNA155 and miRNA10b——in human serum as biomarkers to detect early forms of breast cancer.Based on the high expression level in breast cancer patients’ serum and the high specificity,miRNA-155 and miRNA-10b will act as biomarkers (the alarm of breast cancer)in our project while Toehold switches are used for the detection of miRNA.We designed an AND gate to detect both types of miRNAs at the same time.When both types of miRNAs express at a high level,our artificial biosystem will produce GFP. The greater amount RNA express, the higher its fluorescence density is. We can use mathematics modal to calculate the expression level through the fluorescence intensity, thus enables the early diagnosis of the breast cancer by using serum albumin. 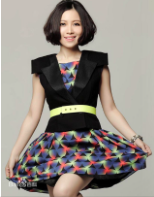