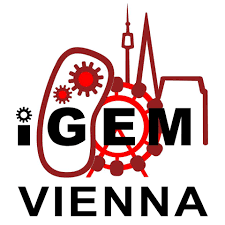 In vivo continuous directed evolution offers significant advantages over classic in vitro methods as it drastically reduces the amount of time and actual lab work required. Most current approaches, however, are based on globally accelerated mutagenesis inevitably leading to unwanted off-target mutations. D.I.V.E.R.T. represents the concept of a new continuous in vivo evolution strategy that allows full spatial control of mutagenesis by building systems that resemble the retrotransposon life cycle: The gene of interest’s mRNA is reverse transcribed in an error prone way and reintegrated into the genome at the respective locus replacing the original gene for several cycles. To demonstrate the generalizability of the process we plan on carrying out our proof of concept experiment in yeast and E. coli. By the end of August we are still in the cloning stage. Additionally, we are working on a single plasmid system for CRISPR-enhanced chromosomal integration in E. coli.

The project we intended to improve was the D.I.V.E.R.T (Directed In Vivo Evolution via Reverse Transcription) designed by the 2017 BOKU Vienna Team.

The original aim of the DIVERT project was the was to improve the retrotransposon system designed by Crook and al.(1). In fact, they noted that Ty1 as a mobile genetic element can reintegrate anywhere in the genome [...] possibly reducing selection efficiency due to the presence of multiple copies of the heterologous gene in a single cell. Additionally, in this setting the reverse transcriptase likewise is continuously mutated increasing the risk of inactivation as time carries on.

(2) With that in mind, their main strategy was: (I) to generate site specific re-integration in order to make sure to replace the original gene variant and to maintain single copy status for optimal selection ; (II) to do so, their system requires a reverse transcriptase in trans rather than within the retro-element, thus eliminating the risk of inactivating the enzyme by mutation.

BOKUM 2017 Vienna team hoped to complete their project by “hope for a lucky shot” approach. They did not have time to complete their experimentation. One of the main drawback of their strategy is the “all or nothing” result. When we started working on the project, creating a design that has a value and is a result by itself was a must do. This strategy led us to improve their project, mainly by using a standardized and modular design.

An element essential for synthetic biology is the ability to physically assemble complex DNA molecules containing large numbers of natural or artificial genetic elements. Modular Cloning (MoClo) is a hierarchical modular cloning system that allows the creation at will and with high efficiency of any eukaryotic multigenes construct.

To spread the use of directed evolution mediated by retrotransposons, we need to standardized its design to be readily use for any target CARGO without the need to reconstruct the whole system every time. By adapting the synthetic retrotransposons to a MoClo standard, it will be quick and easy for a user to change promoter, RBS, and CDS of the CARGO, and thus adapting regulatory elements. In order to do that, we removed all illegal restriction sites (BsaI and BbsI) from the retrotransposons Osser for Phytobrick MoClo assembly while we ordered the gene synthesis. As explained in the design part of the Wiki, we had to change the wild type Osser retrotranspons to make it compatible with Golden Gate assembly.

To go further, we want our design to be portable between different metabolic chassis (yeast, microalgae, plants, bacteria). It is easy to create a library of L0 parts with different retrotransposons parts adapted to the host. Our system will allows everyone to re-use our design and if they order the parts from iGEM registry it will be useable without the need to sequence the retrotransposons again.

Last but not least, this system can be readily automated and will be extremely useful to make high-through-put directed evolution in microalgae chassis.

B- Combinatorial assembly of synthetic retrotransposons

The end goal of our design is a modular system that can be used to optimize and improve the system itself. We can imagine to change the reverse transcriptase with greater error rate’s mutant. Thus, it will allow to increase the library. Another use of the modularity will be to construct a more “aggressive” synthetic retrotransposon. With the help of automation, we can systematically test every LTR/integrase couple to select a combination that will allows a better integration rate. This combinatory construction of the synthetic retrotransposons will only be possible by the use of Golden Gate assembly and MoClo standard.

In the same spirit, MoClo standard will allow to “tune” the expression of the retrotransposon by changing the inducible promoter. Combinatorial strategy will allow to test numbers several promoters in one-pot assembly. Like that, it may be possible to adapt the number of mRNA and then the number of integrated cDNA copy into the genome. 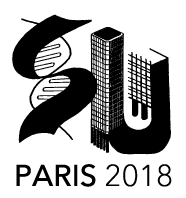