This biobrick was used as a reporter for our donor cells during the conjugation. We chose to work with Bba_E0840 because it contained a weak RBS, and so it wouldn’t weaken the transcription of essential genes and/or of our low copy conjugation plasmid.

This device is composed of two subparts:

This promoter comes from the Lac operon. It’s a strong promoter in absence of the expressed LacI gene. If this gene is expressed, the LacI protein can be inhibited by lactose or his non metabolizable homolog, IPTG. This part consists in a weak RBS (Bba_B0030) ), a GFP gene (Bba_E0040) and two terminators (Bba_B0010 , Bba_B0012 ). 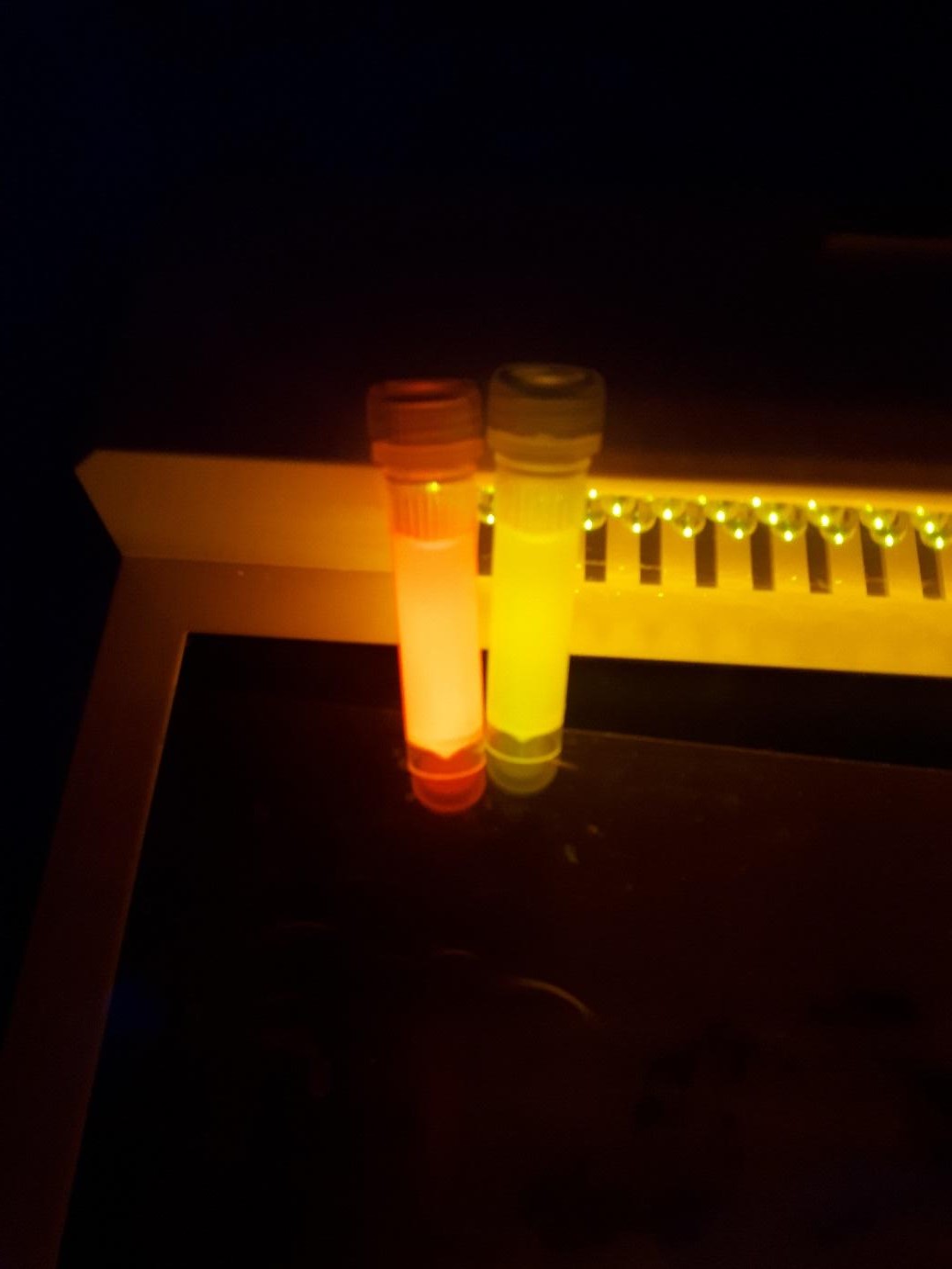 Figure 2: Bactwars : Leila Skydonor (in green) and Dark Receiver (in red) before the fight

As a proof of concept, our idea was to target a gene encoding for a red fluorescent protein carried on a low copy plasmid in the recipient cells. Those plasmids were available in the iGEM 2018 DNA distribution kit as a composite part.

To perform our experiments, we studied three parts with different resistance genes : 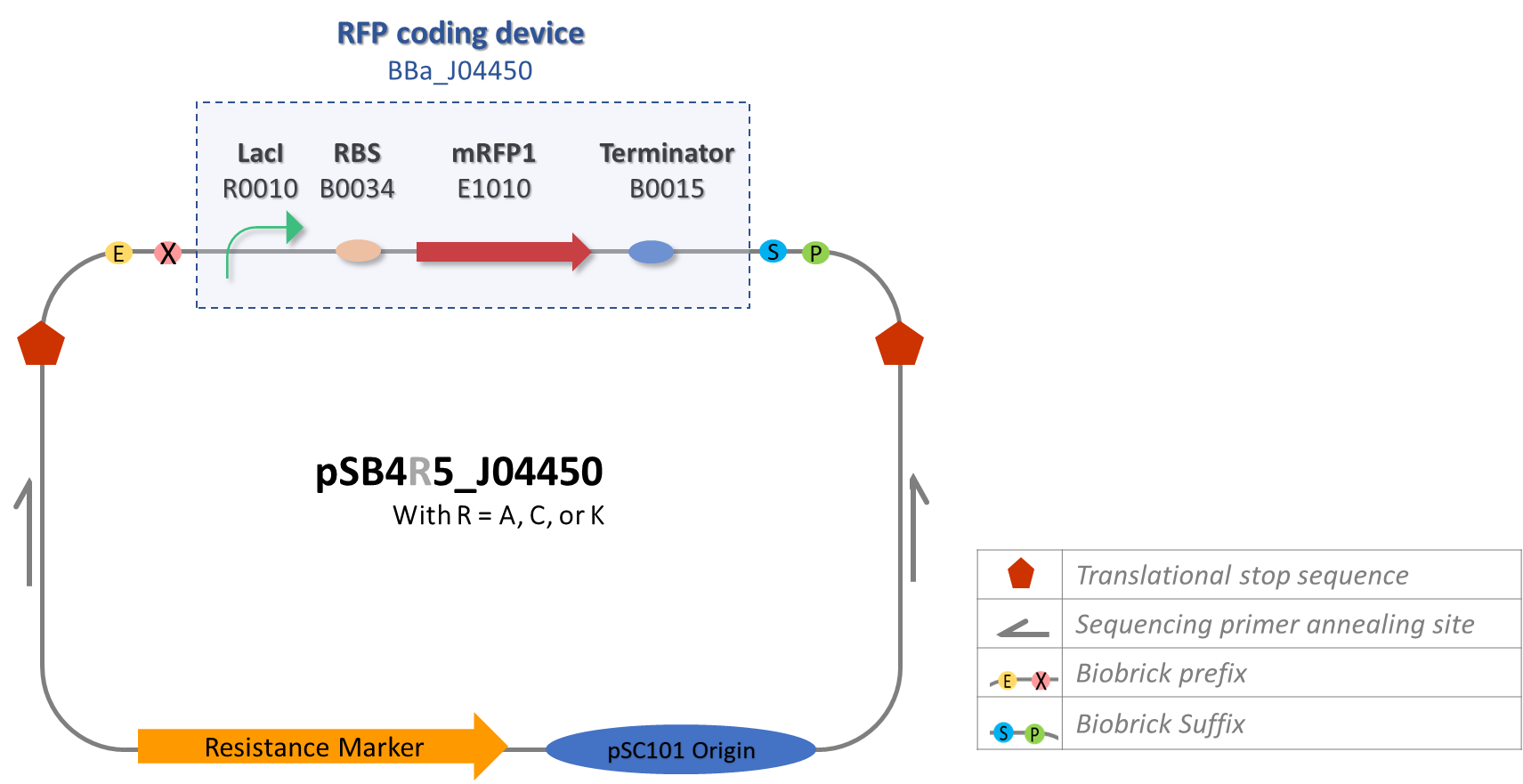 We further characterized the pSB4K5_J04450 system by studying its lifetime in DH5α. This allowed us to study whether the fluorescence loss was due to the natural loss of the plasmid or the cut made by our CRISPR Cas9 system.

In order to identify the donor cells, we designed a reporter plasmid with a low copy number which we transformed into our donor cells. This DNA sequence was designed using different iGEM part with the promoter Bba_R0010, the GFP coding device Bba_E0840 and the low copy plasmid backbone pSB4C5 .