Being Mentored by the Veterans
With their prior experience with iGEM, the NYU-AD team was able to help with insights on our project, interlab doubts and an overall understanding of how iGEM works. Our team member, Sahana visited them and had discussions related to possible collaborations. The NYU-AD team was very friendly and enthusiastic about their mentorship and made sure that we felt like family.
Wiki Workshop
The NYU-AD team conducted a wiki workshop that covered a lot of necessary points that we could keep in mind while designing our Wiki. Basics of HTML, CSS AND Java and many other rules pertaining to iGEM were also discussed.By covering the iGEM Wiki rules and resources,the workshop indeed gave us a clearer picture of how to organise our content. NYU-AD Virtual Conference
An online conference was conducted by NYU-Abu Dhabi, on 15 th September, where six teams, including ours, participated in this virtual conference from India, Abu Dhabi, Australia, China and Turkey.

Google Hangouts was the preferred medium of communication for the conference. After the initial introductions, each team shared what their idea and project was about, what challenges were being faced, human practices, tips and suggestions to other teams and much more, and this virtual presentation was kick-started by the host team themselves. Each team was given a 15-minute slot to present their project and we were able to share the presentation (if any) through the google hangouts screen sharing feature. Then there was a round of questions to the team presenting.

On the whole, it was a very enriching and educative experience as we learnt a lot from the teams who participated. A big thanks to the host Team NYU Abu Dhabi, and the participating Team HKUST from Hong Kong, REC Chennai from India, Team Saint Joseph Istanbul from Turkey and Team iGEM Macquarie from Australia for an amazing virtual conference.

We organized a beach clean-up 17 th June, 2018 at the Marina Beach, near the light house, to create awareness about Ocean Acidification to the general public. We asked if the REC Chennai iGEM Team and IIT Madras iGEM Team would like to collaborate with us to do the beach clean-up. They were very enthusiastic and accepted our proposal.

We, along with the other teams assembled at the location at 6 am, and we bought gloves and bags to collect all the garbage. All of us worked diligently for one and a half hours. At the same time, we talked about iGEM and our project to all the interested people at the beach distributed pamphlets to them too.

After the hard work, we celebrated the birthday of one of the REC Chennai team members and went out to a hotel for breakfast as one big iGEM Team!!

The Hankuk Academy of Foreign Studies, who are working on creating probiotic based solutions to diabetes, asked teams to share a healthy recipe that they could put together to make a handbook to give out to elderly people. In collaboration with their team, we came up with a recipe that was healthy, tasty and super fun to make. 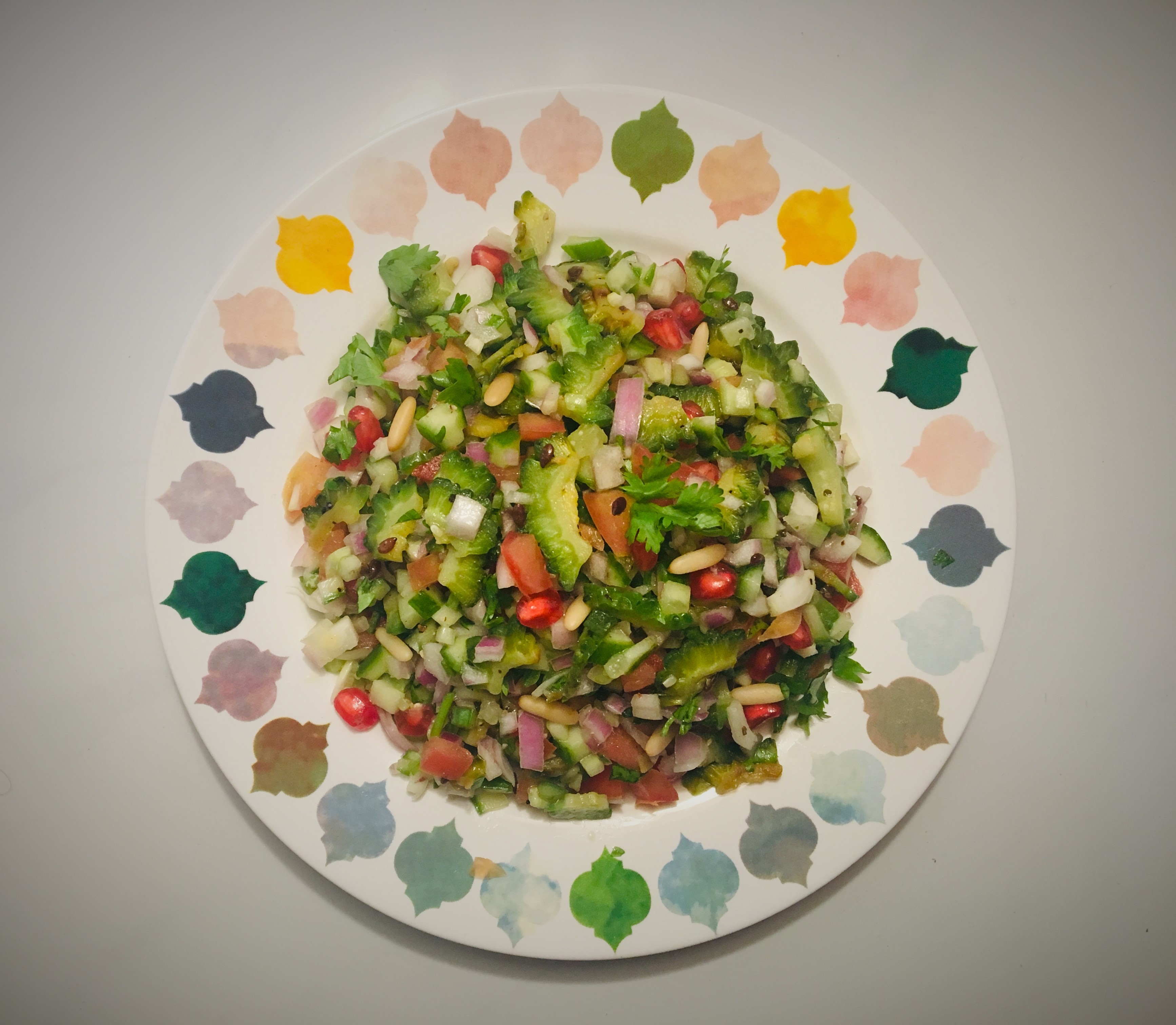 The iGEM VIT team attended the All India iGEM meetup hosted by the iGEM IISc team. The All India meet-up included almost all the participating teams from the country including the teams from the hosting college, IISER Kolkata, IISER Bhopal, REC Chennai, IIT- Madras, and ICT Mumbai.

Hosted over a period of 3 days from the 27th of July, 2018 to the 30th of July, 2018, the meet-up provided a platform for all teams to present their project ideas and concepts without fear of criticism. The meet-up gave us the opportunity to get both positive as well as negative feedback on the project idea we presented to our peers which greatly helped us develop and incorporate these suggestions into the project.

This also gave us the opportunity to get various problems troubleshooted and get a whole new perspective from iGEMers who are facing the same problems as us. The meet-up was not only all work though. It also provided a much-needed fun break from the monotonous everyday life in college and lab.

We collaborated with IISER Mohali when we had difficulty figuring out the various simulations for the synthetic modelling of circuits for our project. The team helped us with the mathematical codes for MATLAB software and we were able to successfully finished the mathematical modelling of our genetic circuit with their generous help. 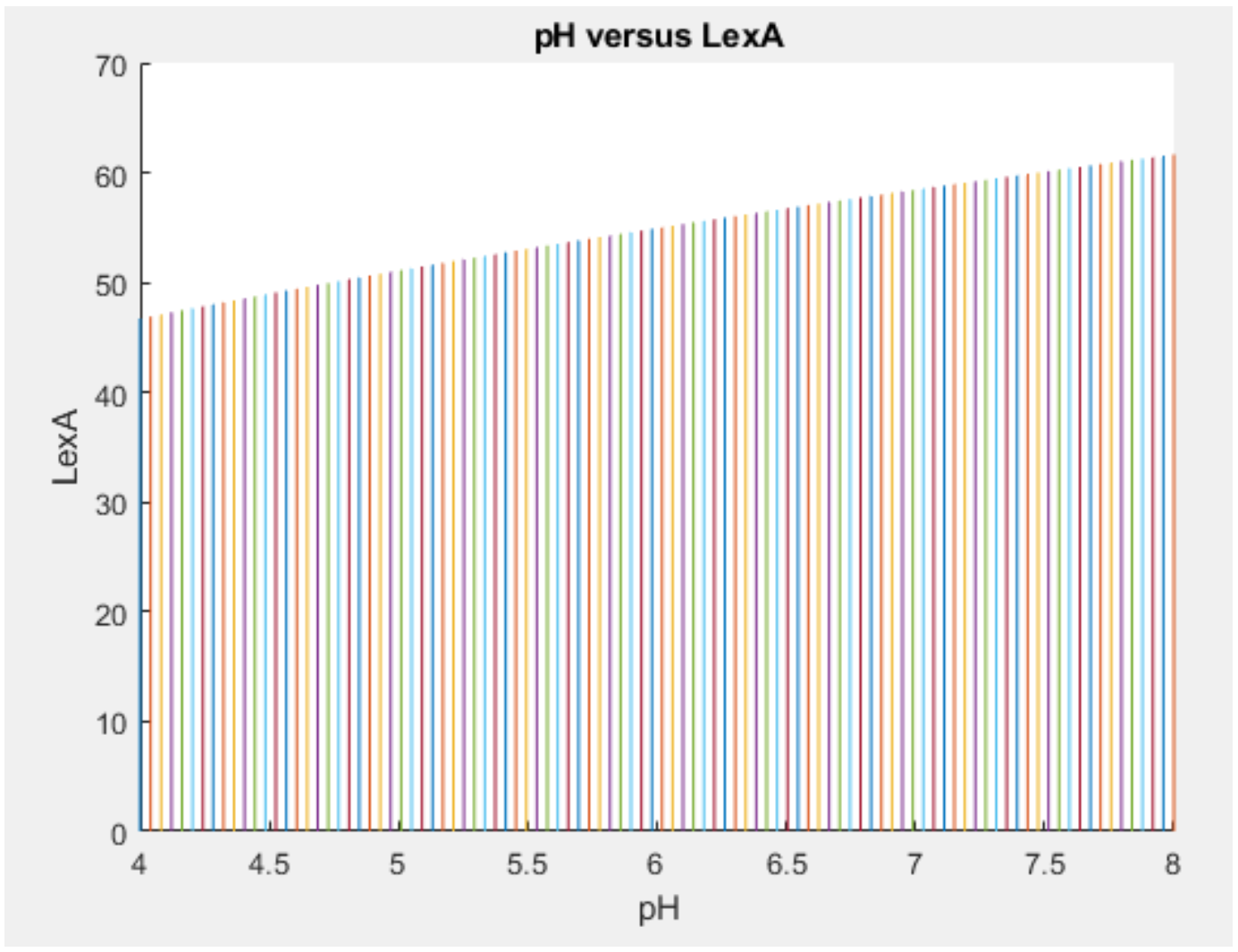 iGEM VIT collaborated with the iGEM team from ICT-Mumbai. The collab consisted mainly of us trying out their debutant software BBrickIt! which eases the process of Biobricking gene sequences among other things, and providing feedback on problems faced by us, and the flaws and highlights of the software as observed by us.

According to our team, the software could also include certain features like the 3A assembly simulation, have the facility to explain what RFC [10] standards are and maybe even add a function that can be used for Directional cloning. All these suggestions were conveyed to the team. 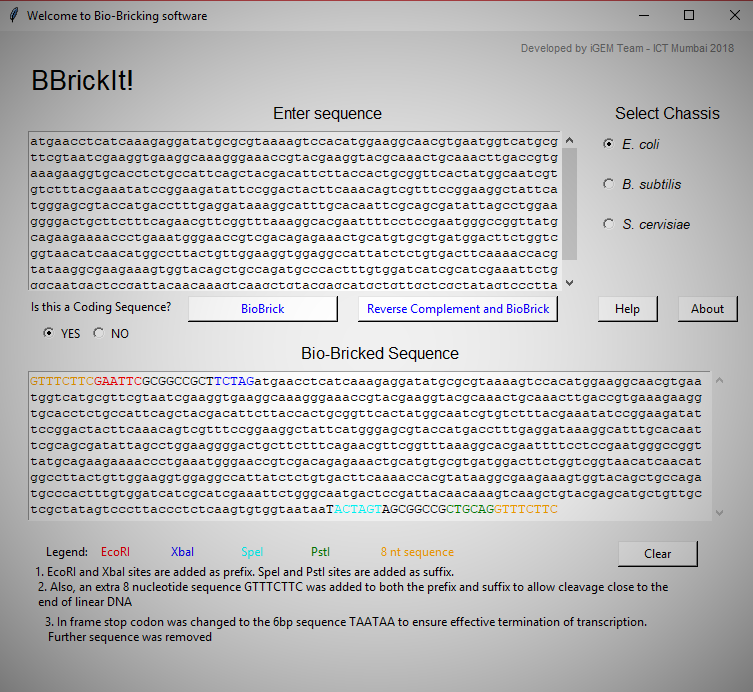