We have constructed a miRNA-disease network for colorectal cancer through mirnet [1] tool which integrates data from eleven other miRNA databases according to the latest update of exosomal and tissue-specific miRNAs. The constructed network [figure-1] has been analysed using cytoscape [2] for significant interaction according to the curated attributes of statistical significance. The analysis included curation of published evidence as filtering attribute in addition to statistical significance which suggested miRNAs (mir-134 and mir-370) to be of very significant connection to colorectal cancer network and by further literature research we found a potential tumor suppressor role for both RNA molecules in CRC carcinogenesis by regulating EGFR signaling cascade through targeting PIK3CA (Phosphatidylinositol-4,5-Bisphosphate 3-Kinase Catalytic Subunit Alpha) and EGFR (Epidermal growth factor receptor) [3]. (Figure 1). 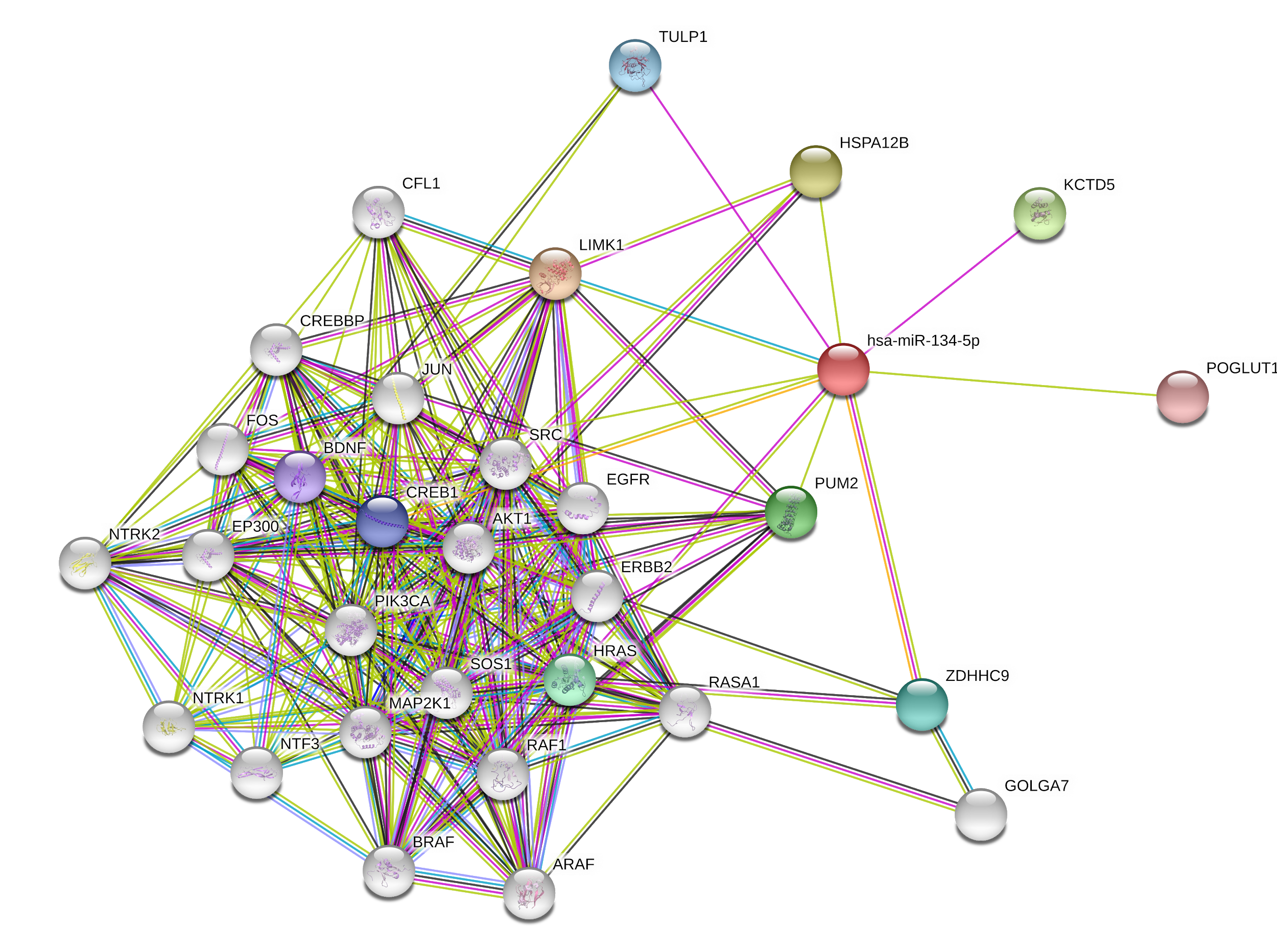