We have submitted 18 new BioBricks to IGEM registry with selection of 3 for judging validation. All parts have been designed for the purpose of providing an experimental framework of delivering miRNAs through lentiviral transfection. All parts have been provided with experimental characterization on their registry pages, with RFC 10 compatibility assured during designing and synthesis process.

has been submitted as miRNA-134 5p which was discovered to function as tumor suppressors in colorectal cancer by independently suppressing EGFR and PI3K signaling. We have worked to do lentiviral transfection of that part into colorectal cancer cell line RKO to induce regulatory apoptosis as well as to investigate its immune modulatory effect on TLR-9

We have provided The SV40 (Simian Virus 40) promoter contains the SV40 enhancer promoter region and origin of replication in Part:BBa_K2534015 for high-level expression and replication in cell lines expressing the large T antigen (e.g. COS-7 and 293T cells). They will not replicate episomally in the absence of the SV40 large T antigen. The SV40 promoter is weak in B cells, but SV40 exhibits high activity in T24 and HCV29 human bladder urethelium carcinoma cell lines.

We have created Part:BBa_K2534022 as an efficient switching control system for lentiviral delivery of miRNAs into Colorectal cancer cell line RKO. We also worked to improve this part by adding a universal terminator to improve the control of the highly specific interaction of the tet repressor protein (TetR) with (tetO). TetR binding on tetO classically stops expression of genes downstream of tetO by excluding RNA polymerase from binding the promoter and initiating transcription.

We have added new experimental characterization to a variety of already existing IGEM Registry parts with provision of clear documentation at each part’s page on the registry.

We have provided specific characterization for Part:BBa_K2217024 through gel electrophoresis for experimental characterization of lentiviral transfer plasmid transfection efficacy as a strong promoter enhanced by fusing CMV enhancer. 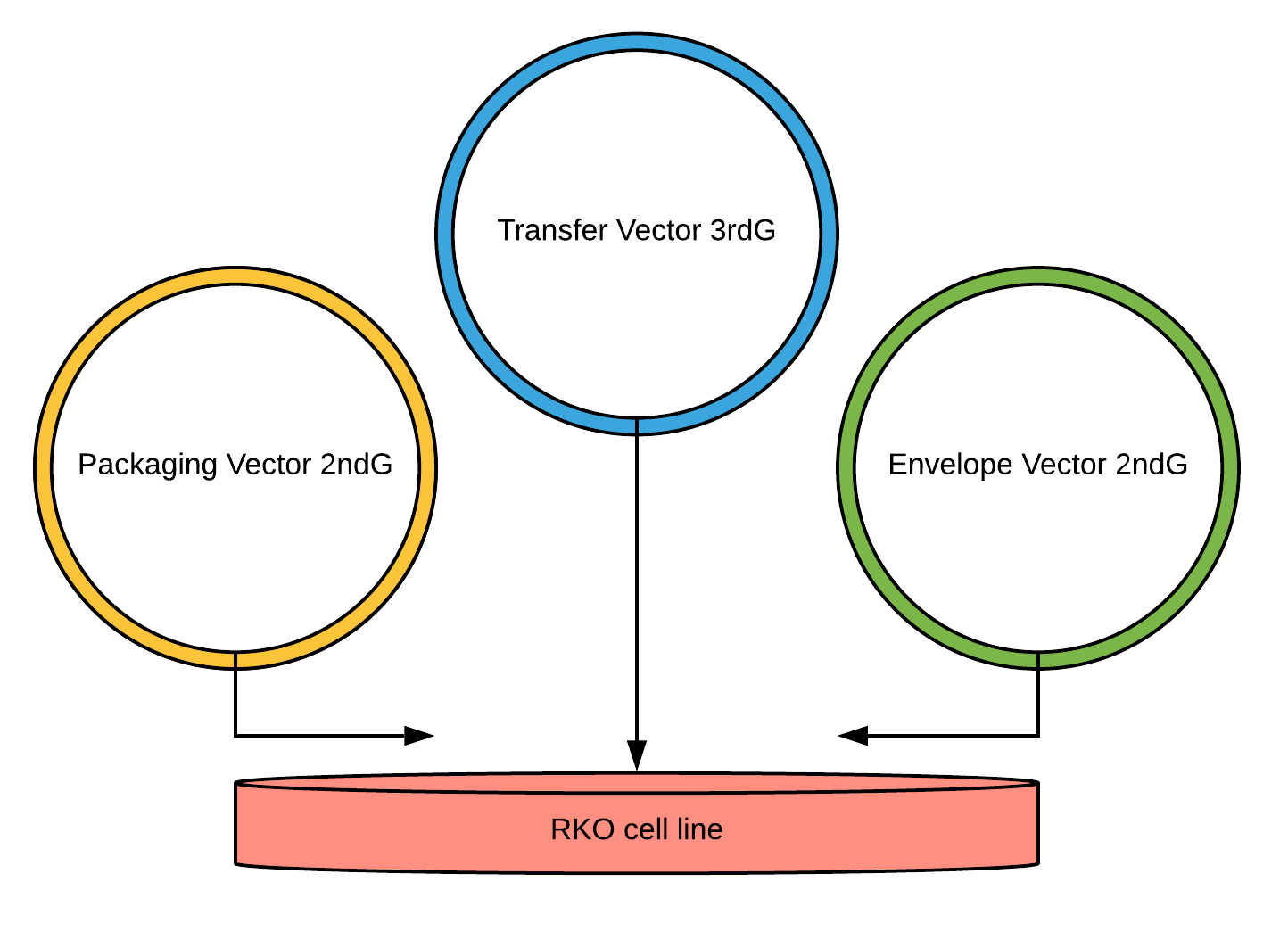