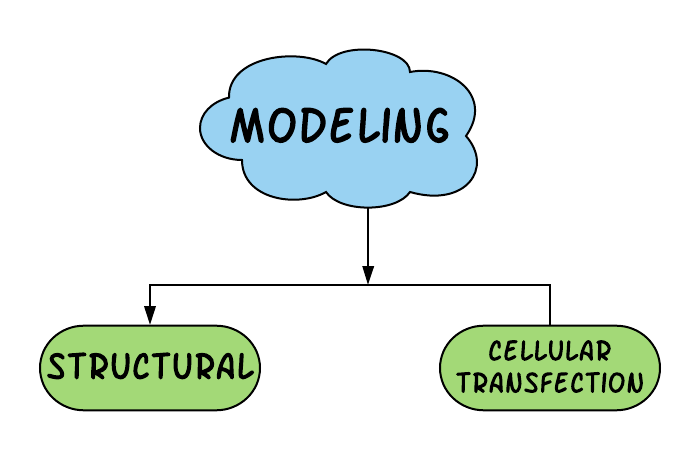 To evaluate the structural fitting of miRNAs into TLR-9 We started by constructing structural models for both miRNAs, we have used SimRNA [5] Tool for simulating tertiary structure of miRNA mir-134 nad mir-370 as SimRNA generates a circular starting conformation with the 5’ and 3’ ends close to each other as a starting structure for simulation. By building the internal list of restraints on dots-and brackets format, the default parameters for simulation energy and simulations steps have been set to 500 steps and 1% of the lowest energy frames taken to clustering, while the TLR-9 structure was cleaned out of PDB structures of code 5Y3K,5Y3J to build a model of human TLR-9 through Swiss-model. 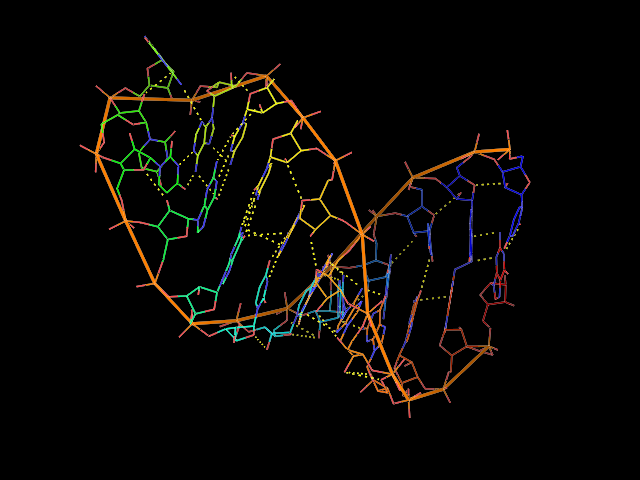 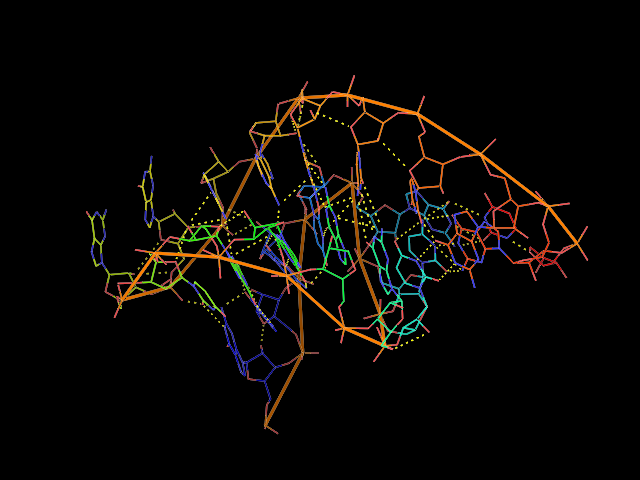 For verification of our proposal for colibactin interference in carcinogenic strains of e.coli we tried to investigate the binding of dCas9 into the target DNA of colibactin genes [clbN Escherichia coli colibactin non-ribosomal peptide synthetase ClbN, Escherichia coli precolibactin peptidase ClbP and Colibactin hybrid non-ribosomal peptide synthetase/type I polyketide synthase ClbB] along with its designed guide RNA using benchling to interfere with the transcription of the whole gene cluster of colibactin. To build a final model of complementary guide RNA binded to target DNA of colibactin -studied through EBI samples of UCI121 strain- , we used 3D-DART along with Rosetta FARFAR package to generate a 3D structure of the target DNA representing the cleavage site and PAM of cas9 as well as PAM flexibility.

The graphs below represents water-refined models generated by HADDOCK where clusters are calculated based on the interface-ligand RMSDs calculated by HADDOCK, with the interface defined automatically based on all observed contacts. The various structural analysis (FCC, i-RMSD and l-RMSD) are made with respect to the best HADDOCK model (the one with the lowest HADDOCK score).

Insights from structural docking of TLR-9 and miRNAs

The aim of this model is to provide us with mathematical representation of the proposed kinetics of our proposed lentiviral delivery system, deSolve R package was used for solving ordinary differential equations while FME package was used for fitting parameters based on our proposed model of interactions and dynamics between molecular species in the modeling environment represented in the following table and diagram.

Table shows parameters and constants of our lentiviral transfection model 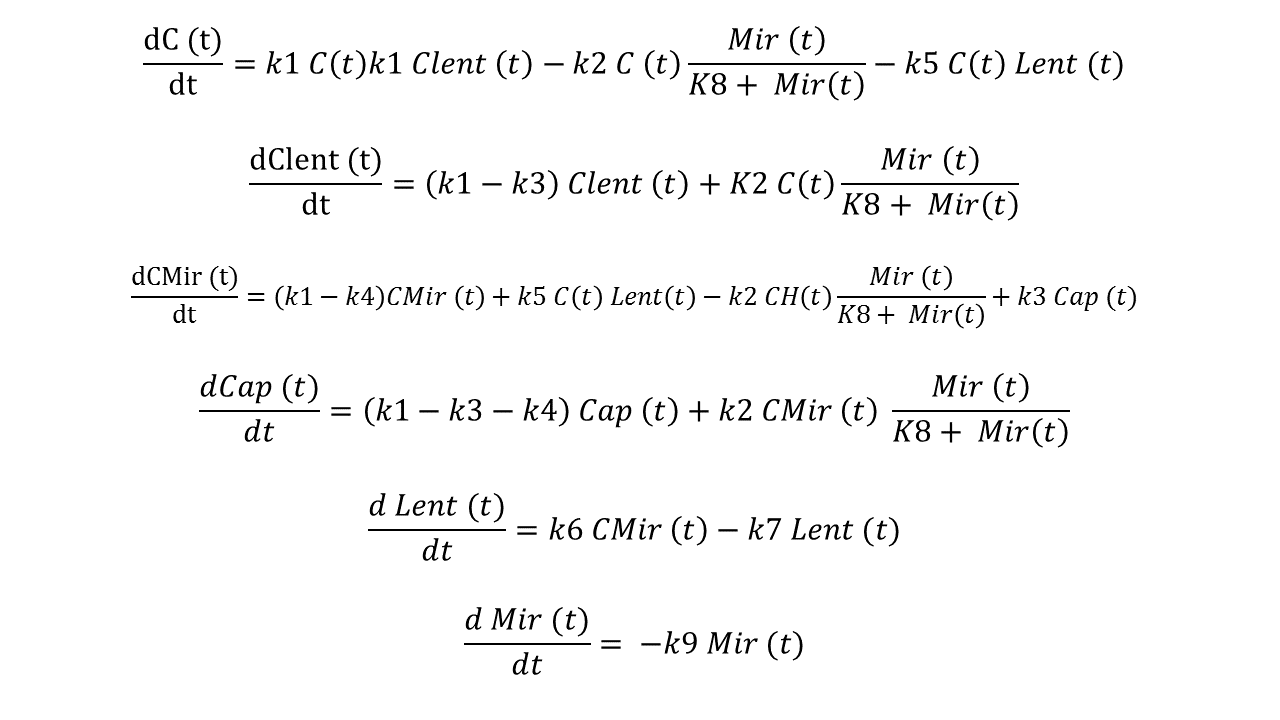 This Circuit diagram represents our Model of lentiviral transfection 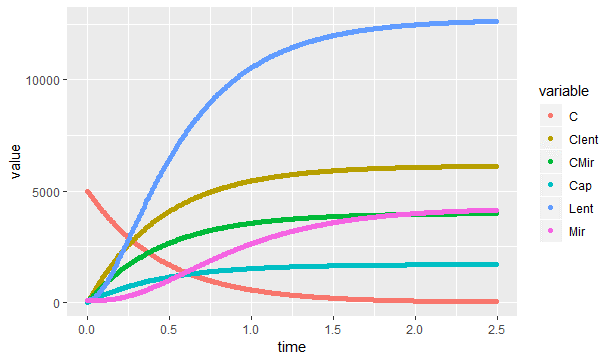 This plot shows the kinetics of our model reaching equilibrium after 2.5 time units on 0.01 framing rate

The time to equilibrium is highly dependent on the rate of transformation and not on the initial value of untransfected cells in the experiment. The value of miRNA expressing cells to miRNA reaches a simultaneous level of equilibrium with equilibration of vector production out of transfected cell. On successful trials of transfection the rate of apoptotic induction is dependent on the success of expressing the apoptotic mIRNA as well as its regulatory effect.