The “ALS Research: Next Generation” Conference, hosted and organized by the OriginALS BGU-iGEM team, was held at Ben-Gurion University on June 12, 2018. Over 120 researchers, students, and biotech industry leaders participated in this scientific conference that brought together academia and industry to address unmet need in ALS. Opening statements were given by Ben-Gurion University’s president, Prof. Dr. Rivka Carmi, CEO of IsrALS, Efrat Carmi and our IGEM team. The opening session followed by lectures from leading ALS researchers from Israel. In addition, there was a poster session, where graduate students around the country presented their research projects. A premier presentation of the OriginALS project was given to the scientific community.

The OriginALS team was inspired to organize and host the annual Israel ALS conference for several reasons. First, we wished to pay homage to the inspirer of our project, Nir Tsoran who was is the father of Liat Tsoran, a member of the iGEM team. Nir Tsoran, who was diagnosed with ALS dedicated his rest of his life to promoting ALS research in Israel.

During his tenure as CEO of IsrALS, he was the driving force to the acceleration of the ALS research ion Israel and the number of labs that study ALS in Israel was significantly expanded during this period. A large part of what makes these labs a powerful community, rather than a collection of separate entities, is the scientific collaboration and meetings, such as ALS annual conference that the iGEM team organized this year. 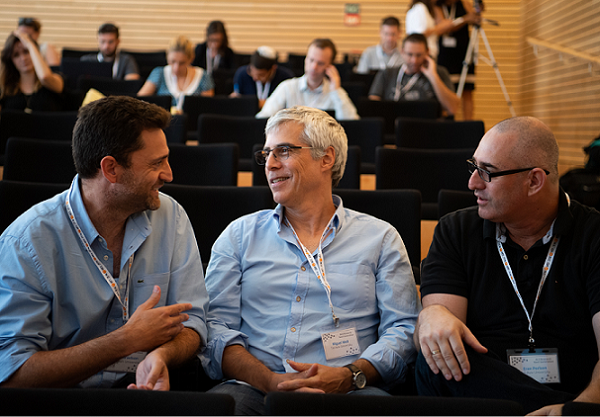 Another motivation was our desire to acknowledge many of the ALS labs which made our project possible. Our project would not have been possible without the groundwork and assistance provided by the Israel ALS research community. In particular, we must thank the Dr. Adrian Israelson research group for their guidance and for providing us with the cell-lines on which the entire project was conducted. 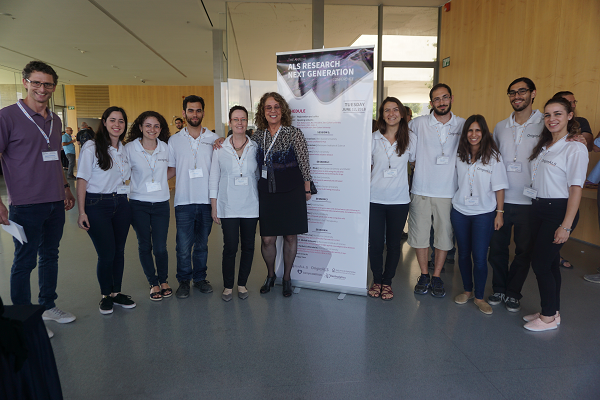 Finally, we wished to share our idea with the scientific community. Before our presentation, the whole team was extremely nervous. We were no longer brainstorming with our team advisors, rather we were proposing our idea in front of the leading experts in the ALS field. We hoped our project would be communicated correctly and that it could hold up in front of this expert crowd. To our great pleasure, the presentation was a success!
We received wonderful responses and insightful questions at the end of the presentation. These questions dealt with specifics of our methods, clarifications of details in the research plan, and advice for further experiments. The warm responses that we have received not only convinced us that our project could be a success at the iGEM Giant Jamboree, but also, hold a great promise as a basis for profound laboratory research to develop a therapeutic curefor ALS.

Following the conference, the attendees enjoyed a casual Happy Hour at one of Beer-Sheva’s local bars. Although the conference was officially over, scientific discourse could be heard all around the bar. Acquaintances were made, ideas swapped, and collaborations planned while everyone enjoyed a refreshing beverage at the end of a long day. 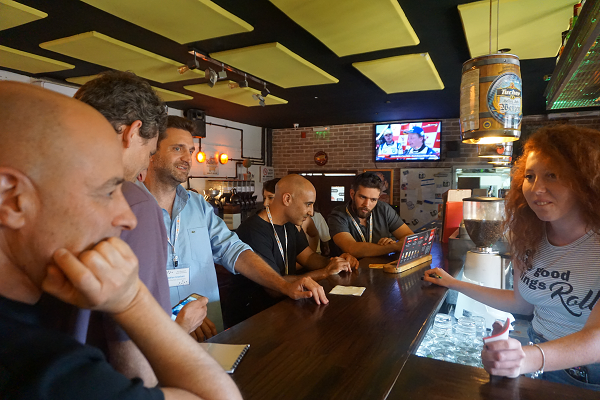 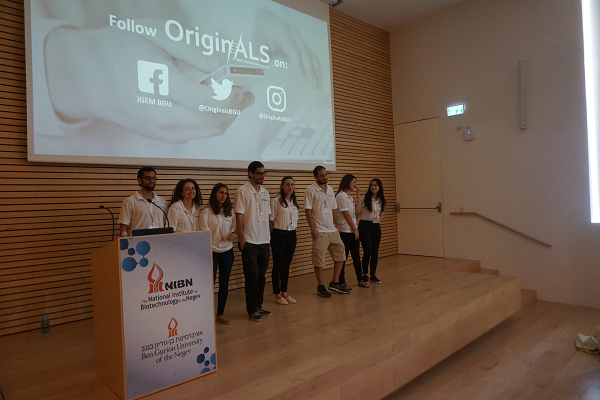 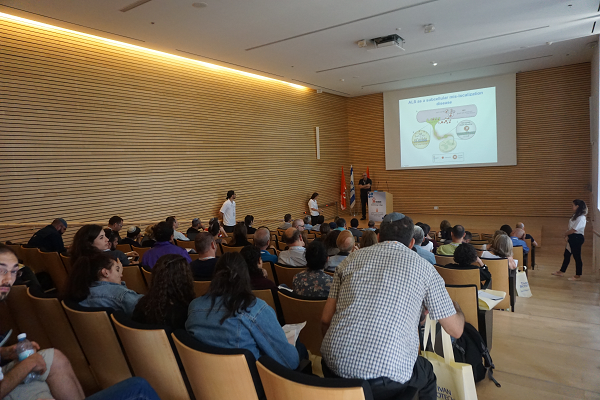