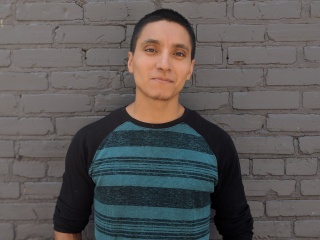 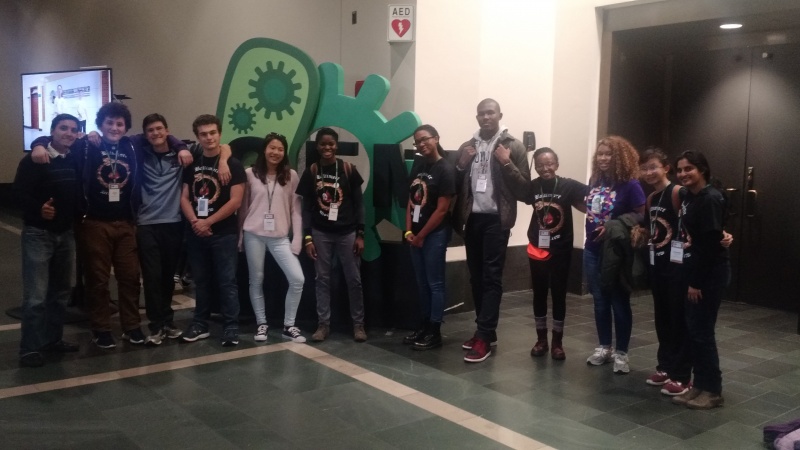 
On our first day of iGEM, way back on May 5, the entirety of our team met for the first time. One of the mentors we met there was Ed. Ed was something of a genius. He personally took the time to explain every science topic we could think of, and was always ready to help teach lab skills and protocols. Not a meeting went by when Ed wasn't there. Throughout our project, through the ups and downs, he was there to lighten the mood and help. Slowly, at times very slowly, our project came together. Ed was always prideful, bragging about the team to his friends and families. When the Giant Jamboree rolled around, he was so excited to be joining the members who went.


In Boston, Ed immediately began to plan his trip. He decided in advance which talks he would go to, trying to pack every talk he could, even though he knew he couldn't. Every talk blew him away. He said he saw a little bit of us in all of those faces on the stage. When our presentation came up, we were terrified. We were convinced that we weren't prepared, that we would embarrass ourselves. He helped us practice our presentation, offering encouragement and critique whenever it was needed. Then came the longest 20 minutes of our lives. We were genuinely surprised about how well the presentation seemed to go. Ed was ecstatic. We had never seen him so happy. At least, until the next day.


The next day was the awards ceremony. When we saw we had gotten bronze, we were admittedly disappointed. Then we saw the nominees for best presentation. We were shocked when we saw the Baltimore Bio-Crew among the names. That 10 second delay before we saw the results were some of the most tense of our lives. We saw that we had won, and we went crazy. We ran out of the auditorium, and at the end of the hallway we saw Ed. He had the biggest grin on his face. That was the most excited we had ever seen him. We had a massive group hug. Alas, that was the end of the Jamboree, and it was time to board the plane back to Baltimore. We went our separate ways, planning to see each other again when we had our post-iGEM meeting.


A few days before our planned meeting, we got crushing news. Ed had tragically died. He was out running and fell ill. The doctors at the hospital did everything to save him, but they couldn't. At first, all we felt was shock. Then anger, at ourselves for not making the most of his last few weeks alive, at the doctors for not saving him, at anyone. His memorial service came up in a few days. After tearful speeches from the team, his family, and his friends, that grief was replaced with stark determination. We made a promise to ourselves, and to Ed, that next year we would take home gold and have a great summer of science. So Ed, thank you for everything you did for us. For supporting us, pushing us, helping us. For being a mentor, for being a team mate, and for being a friend. We will win gold for you. You will be missed.