Engineering bacteria that can capture penicillin in wastewater

Existing problem and significance of the project

Nowadays antibiotics have become indispensable drugs for treatment of bacterial infections. Owing to this popularity, it comes as no surprise that most city waste water is contaminated with antibiotics. This is caused by several factors including antibiotic presence in human waste due to insufficient metabolism, as well as unnecessary usage of these drugs (Malay, 2015).  It is approximated that developing countries spend up to 35% of their budget to antibiotics (Isturiz, 2000; Saltoğlu, 2005). Moreover, it is especially in these countries where antibiotics are used incorrectly and unnecessarily (Hart, 1998). In some countries it is actually legal to sell unprescribed antibiotics in drug stores and even in supermarkets (Saltoğlu, 2005).

Considering that antibiotics cannot be completely purified by conventional aerobic sludge systems or other purification and disinfection mechanisms, they are detected in the water even after exposure to wastewater treatment. Antibiotics can be detected in trace amounts even after exposure to advanced oxidation processes which is mostly used to eliminate organic molecules. High antibiotic concentrations cause toxicity in organisms and damage the ecosystem whereas low antibiotic concentration can promote antibiotic resistance development in microorganisms such as bacteria. Antibiotics primarily mix with city wastewater by getting carried via hospital water waste, livestock and agriculture as well as personal waste; resulting to significant damage of human population and microorganisms around the contamination site. Arguably, most detrimental damage caused by such contamination is emergence of superbugs (multi-drug resistant microorganism) in the ecosystem. Small but constant dose of antibiotics is perfect for such selection. Emergence of superbugs is a global problem and one day may cause most simple infections to become lethal. Taking into account what is aforementioned it is evident that before recycling use, waste water should be free of antibiotics. That is why detecting and degrading antibiotics in wastewater is of upmost importance (Topal, 2013).

In medicine beta-lactam antibiotics are found to be the most commonly used ones. The oldest and most utilized one is penicillin (Topal, 2013; Yaşar, 2013). Seemingly, aiming for penicillin bioremediation is the most logical and efficient way to come with a solution to this problem. 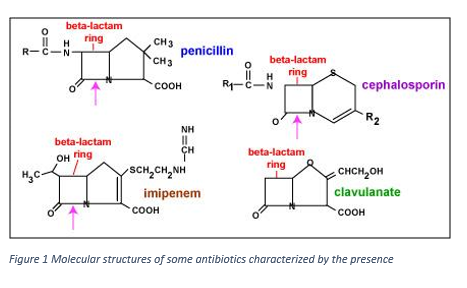 Description of the project

Our project aims to firstly express a penicillin binding peptide (PBP1b) on bacteria cell’s surface via amyloid protein (csgA) that can form biofilm so that the bacteria will be stabilized, cumulated and resistant to physical and chemical impacts; this complex will be able to capture the penicillin in the environment. Secondly, our aim is to express proteins (BFR) that can trap iron ions so that bacteria gains magnetic properties and finally filter bacteria with captured penicillin by means of a magnetic field. This would present a cheap and easy way to filter penicillin from wastewater. Furthermore, these penicillin bound bacteria is thought to be recycled so that the antibiotics and genetically engineered machine can be reused which would offer economical and environmental benefits as well.

Bacteria strain that is going to be used in our project (Escherichia coli) has no side effect on the environment. In addition to that, the proteins possessing magnetic properties are not going to be released in the water after being synthesized in the bacteria. Thus the resulting filtered water will be free of magnetic compounds. 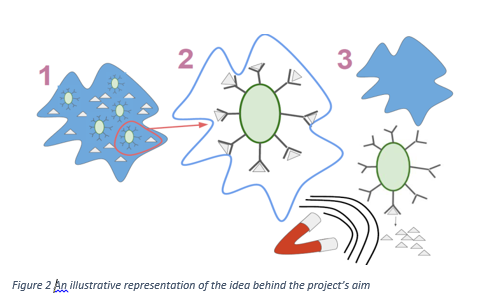 Furthermore, we aim to apply this bioremediation approach to other types of antibiotics and recycle them. Our purpose is to develop this system such that it can be used in water refining facilities cost-effectively, with speed and ease.