Get to know our team 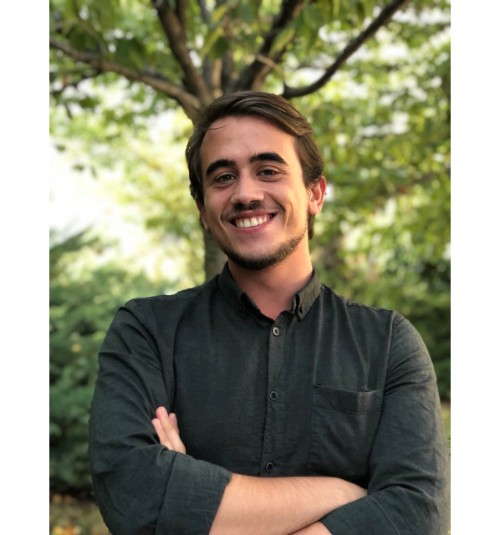 Hoşkan, is one of the most cheerful members of our team. Singing is his life and he always sings in the lab with an earphone put in his one ear, whole lab learned all the lyrics of at least one Lady Gaga song by the end of the summer thanks to him. He is a junior in Bilkent University, Molecular Biology and Genetics and he is getting his minor degree in Psychology. He was an intern last year at the neighbouring Nanobiotechnology lab in UNAM and he was so amazed from our previous works that he is now a member of our team. He is the one that contacts other teams about collaborations and Also if you’re wondering who is behind the fabulous tweets of our Twitter account, he is the one! He has contributed to Interlab experiments, cloning and characterization of BFR parts. He has always been responsible and punctual to organize our meetings. 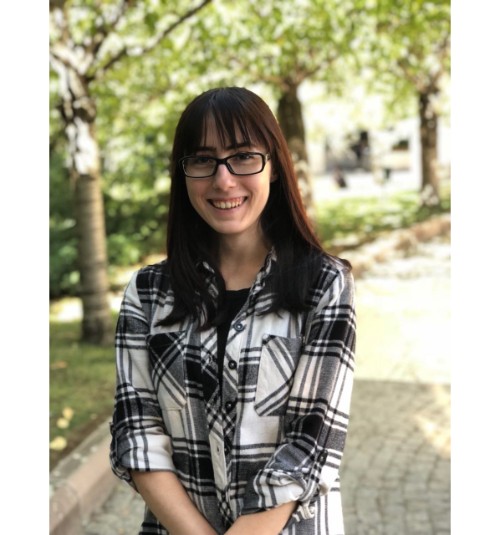 Deniz is a junior in Molecular Biology and Genetics in Bilkent University. Before iGEM she was working in a project about bone-type biomineralization in different cell types through synthetic biology principles in Synthetic Biosystems Laboratory. In her free times she enjoys watching anime and learning Japanese as well as getting angry with other team members. Deniz has contributed to and organized wetlab experiments a lot in the beginning of the project thanks to her previous experience. She has also been involved in biofilm production and characterization assays. 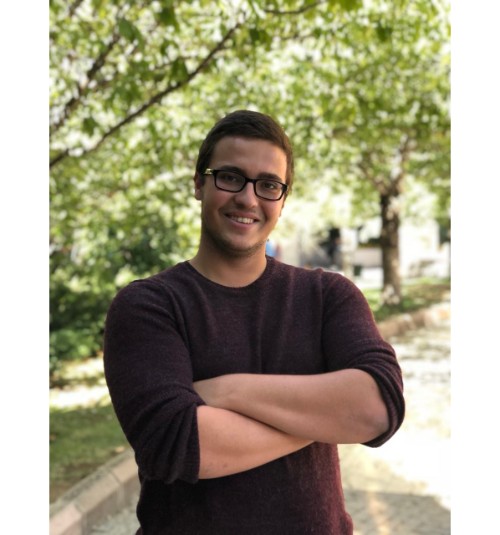 Ahmet is the funny guy of the iGEM team. He is pursuit of the logics behind everything. Lover of mathematics and physics. He queries and if needed, he offers new strategies. He loves every type of music which sounds great. The dreamer of becoming professional basketball player in Chicago Bulls :). He was a streetballer before he gained weight :(. He has been dealing with modeling and successful primer designs. He has put a great effort on finalization and the characterization of the parts. 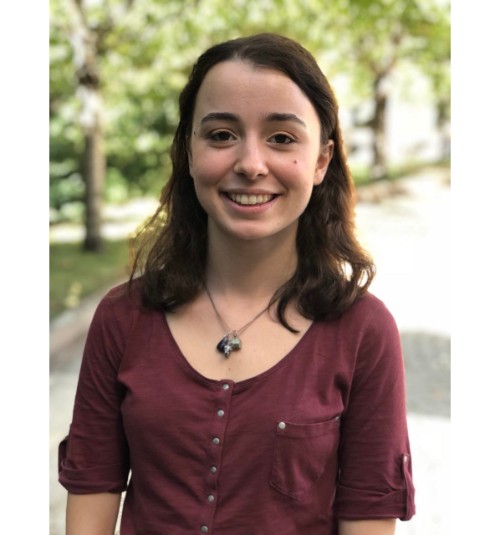 İlayda is a junior Molecular Biology and Genetics student in Bilkent University and she is the latecomer of the project and everyone knows that she is certainly not an early bird. She wants to learn every little detail that is going on in the lab and she is a perfectionist when it comes to preparing content for wiki as well as pouring and loading the gel. She is a fast learner and she has gained a lot of experience in this project and hopes that she can pursue a career in synthetic biology field. Her other interests are neuroscience, evolutionary and developmental biology, human lifespan and aliens… She is responsible for the instagram account. She is also a latin dancer and a guitar player. She has been the designer of the poster and stickers for the announcement of our 3rd Synthetic Biology Day. She also contributed to improvement and characterization of parts containing BFR and interviews with people from different professions. 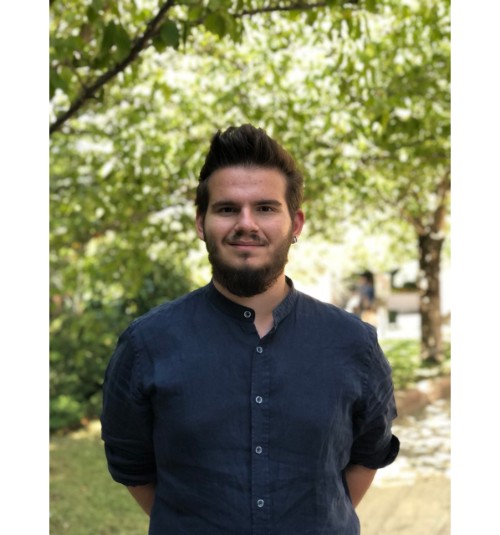 Göktuğ is the only freshman member of the team. He has been dealing with sponsorships and in his free times, he talks with chief of staff of the governors, trying to pick up a rendezvous. This is his first lab experience in an iGEM Team. He is interested in Synthetic Biology and Neuroscience. In his free times, he is hanging out with friends and chilling out. He has gained a lot of laboratory experience in wet lab and contributed to the experiments on biofilm production. Team has benefited a lot from his organizational and managing skills. 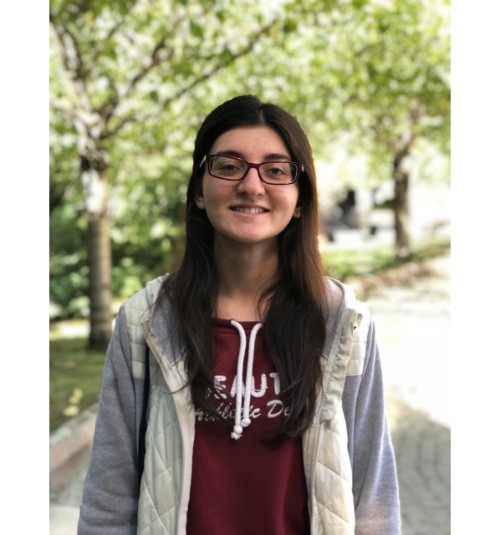 Hande deals with Interlab stuff, documentation of human practices, and collaborations. She gets stressed out for the whole team, especially when a deadline is approaching. Apart from molecular biology, she is interested in chemistry and linguistics. She has a passion for languages and tries to pick up a new one every couple of months. She likes reading literature from different countries. Also she is always in search of a challenging table tennis partner. Hande has translated a nice comic book from OUC China as a collaboration. She also had a role in cloning of BFR parts. 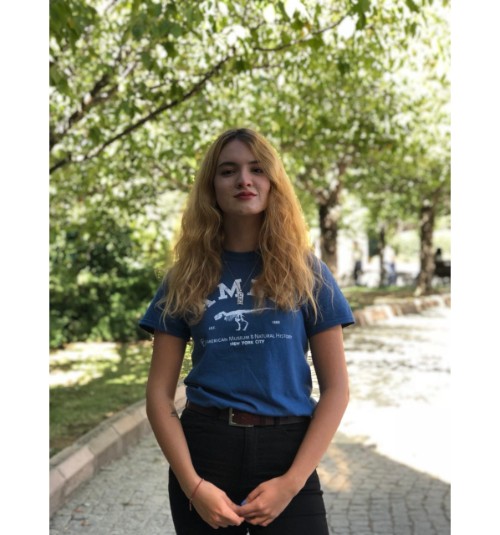 Azra is a senior in Molecular Biology and Genetics in Bilkent University. It is her second time attending iGEM. Previously, she was a member of 2017 UNAMBG iGEM team with the diagNOSE cancer project. Azra deals with organization of our events. She also worked on phage library display for Huntington's and Alzheimer’s disease. She has just finished her internship at Harvard Medical School in pathology department and worked on targeting Alas2 gene with CRISPR-cas9 technology to overcome sideroblastic anemia. Azra is mostly interested in synthetic biology, molecular evolution, ancient DNA, hominid evolution and regenerative neuroscience. In her free time; she enjoys doing yoga, rock climbing and writing short sci-fi stories. She is a dedicated soul in progressive rock music and tries not to miss any local progressive band concerts. Azra has contributed to the nice visual representation of the project on our Wiki page involved in the development of the project idea and organization of events. 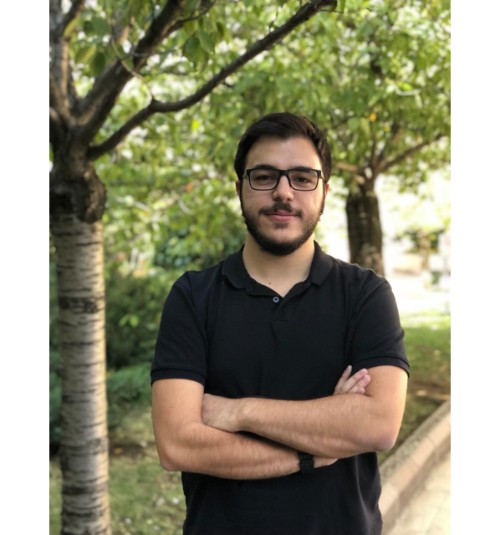 Eray is a senior in Department of Molecular Biology and Genetics. He is an iGEMer for the second time because why not? With iGEM, he had a real chance to discover the area of synthetic biology and he enjoyed it. His passion for microbiology and synthetic biology grows each day and he wants to pursue a career in related fields. In his free time, he plays basketball and squash. Eray was responsible for organizing events and contributed to development of the project idea. 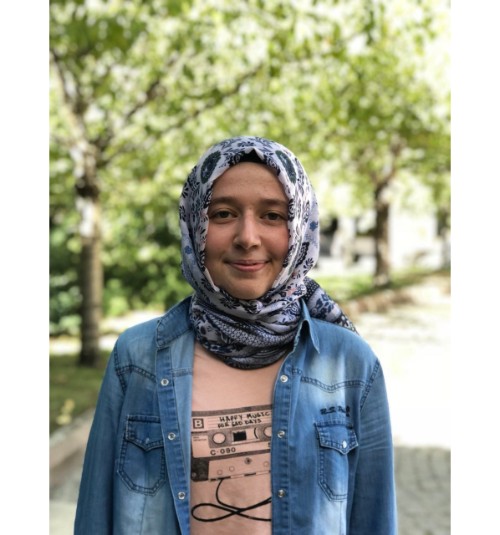 Büşra Nur is a senior student in molecular biology and genetics. She has been an iGEMer for two years. In the iGEM, she is one of the cloning girl. She leaves the lab peacefully when she follows the miniprep, cut-ligate and transformation in one day. She finds synthetic biology amusing due to its LEGO-like concept :) She likes traveling between micro and macro worlds: She is interested in microbiology, quantum physics and astronomy. She also enjoys being in the nature when she is able to escape from the city. Busra has had a role in generation of the project idea and put a great effort to finalize our parts. 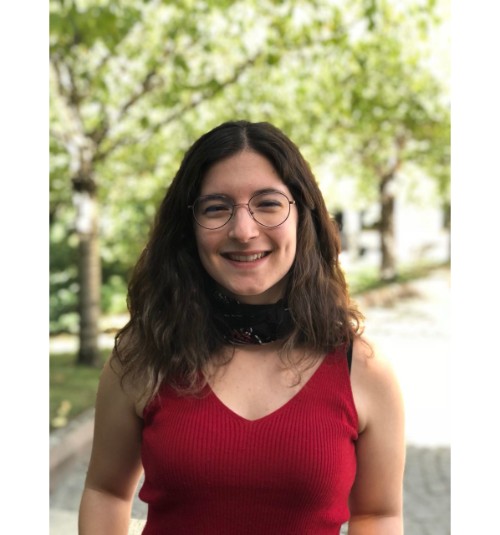 Ezgi is a senior student in Molecular Biology and Genetics. She has been in iGEM for two years. She has met with the Synthetic Biology thanks to iGEM. She is grateful to IGEM for this great adventure in Synthetic Biology. She is willing to pursue a career in Neuroscience. She loves signing and cats. She has been involved in development of project idea, event organization and and creation of the nice visual representation of the project on our Wiki page. 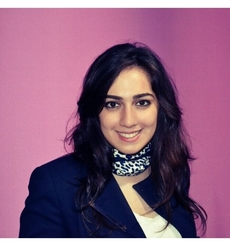