“Communication is Key” is a universal principle that applies to all levels of organization: from microbial colonies to human social networks. Communication helps single-celled organisms to determine their collective fate by quorum sensing, and individual footballers to coordinate the winning goal for their team (Allez les bleus!). However, if the language used to communicate has limited vocabulary, or if the individuals are not able to understand the words, it’s hard to have any meaningful conversation. 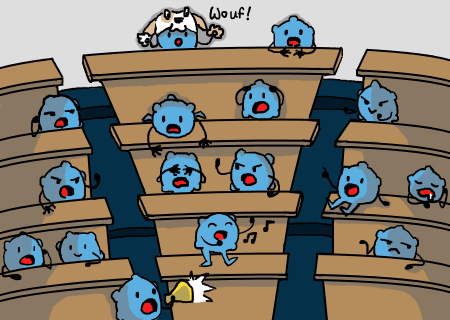 Biological engineering over the past few decades has turned bacteria into biosensors, nano-robots and production factories. As these applications are organised for higher-level tasks, multiple different bacteria will be needed to work in a consortium each with their own assigned sub-task. However, such division of labour can only be efficient if the bacteria can communicate with each other using unambiguous language. 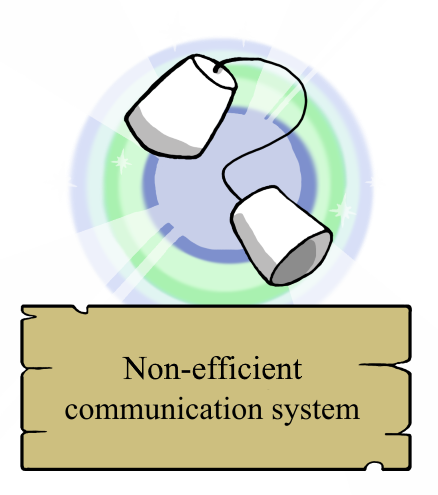 If the communication language has non-orthogonal words, it has cross-talk with other words already existing. That means it can be misunderstood. To demonstrate the point, let’s say we coin a new word “iGEM” for a newly discovered iridescent GEMstone. It will be very confusing for iGEMers, who may misinterpret the gemstone for the gem competition. Similarly, if the word “iGEM” is used to describe all college competitions, it will become hard to understand what a speaker means by it. To have efficiency in communication, it is better to have “orthogonal” or unique words that describe unique things (One exception, of course, is poetry where wordplay and redundancy creates beauty. We hope our bacteria are not going to be reading Shakespeare any time soon!).

Some examples of synthetic bacterial consortia have already been implemented. However, they are currently engineered using a very small set of signalling molecules (like AHL in bacteria, or α-factor in yeast) for cell-to-cell communication, thus limiting the potential of this powerful technology. To advance multicellular synthetic biology, it is critical to develop an efficient communication system with a larger vocabulary... 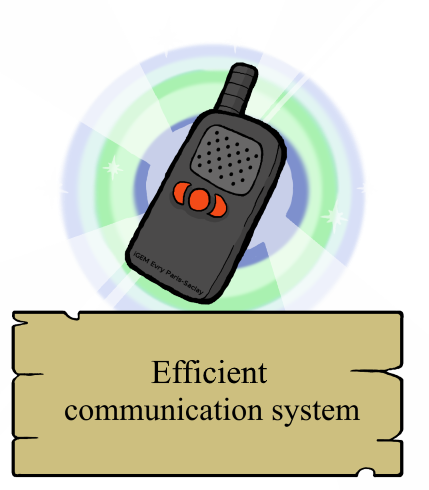 … where words have unique meanings for unambiguous communication.

The aim of our project is to build a synthetic communication system with an expandable peptide vocabulary so that bacteria can send different and specific signals to communicate different things. After all, using the same word “Woof” for “I am hungry”, “I am sleepy”, or “I am angry” is not that efficient, is it?

To implement this in PEPTalk, we re-purpose the small peptide based signalling system of SPbeta group of Bacillus bacteriophages for application in the more widely used laboratory workhorse: Escherichia coli.

There are already 17 different signalling peptides identified in this group of bacteriophages. That means we already have 17 words in this new dictionary! Moreover, since the signalling molecule is a small peptide that is recognised by another protein receptor, it would be possible to evolve this peptide-receptor pair to expand the number of words available.

The signalling system of SPbeta group bacteriophages works in multiple steps. First, the bacteriophage infects a bacterium in the culture. 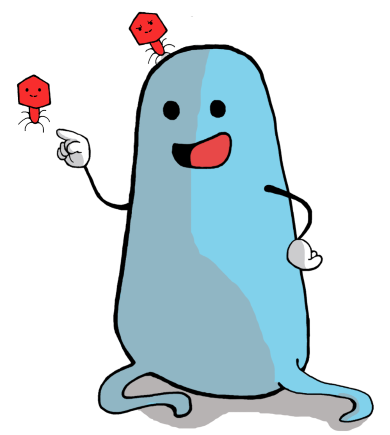 Inside the bacterium, the phage starts replicating and produces a small peptide which is released from the cell to the outside, and accumulates in the extracellular environment. Peptide concentrations in the environment are low in the beginning, so the phages kill the infected bacteria and escape to infect new hosts. 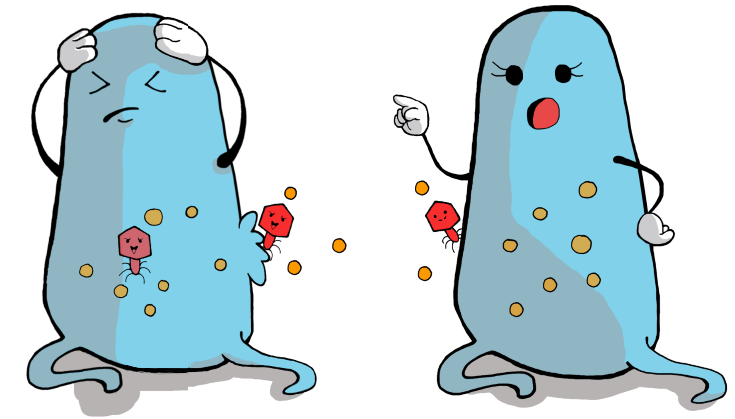 As more bacteria get infected, extracellular peptide concentration also increases, encouraging entry of the secreted peptide into non-infected bacteria. When these bacteria get infected by a phage, the peptide is sensed by the peptide receptor in the bacterium that blocks cell lysis. This signalling system in the natural phage system ensures that the phages do not kill all their hosts early in the infection, which would result in a critical decrease in phages’ survival. 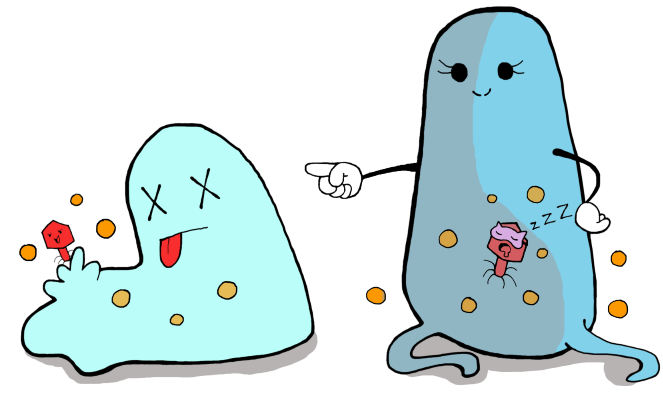 While the phages use their peptide communication system for nefarious purposes, we want to rescue the phage language and use it for something constructive. We want to implement it for cell-to-cell communication in E. coli. We decided to engineer this particular communication system because it is a good candidate for creating a large library of orthogonal words. More information in the Project Description.