During this iGEM season, we have met amazing people from all around the world and performed great work with some of them. We are happy to describe here what we did with them.

This summer, iGEM Washington team wrote a booklet to teach synthetic biology to children and they were looking for someone to translate it in several languages. In collaboration with the iGEM Sorbonne U Paris team, we have translated the booklet into French and corrected some errors in the original one 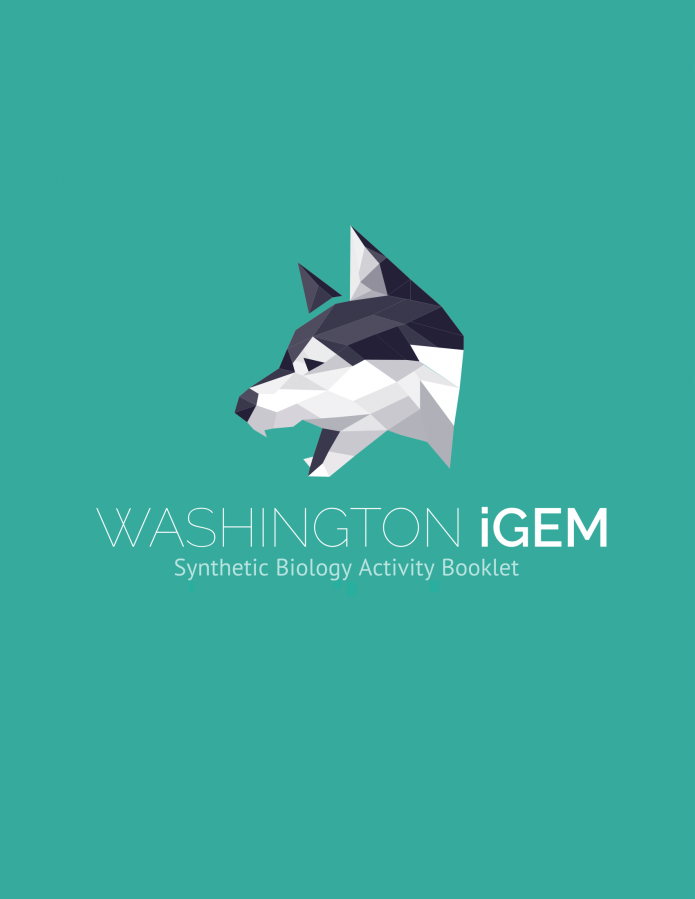 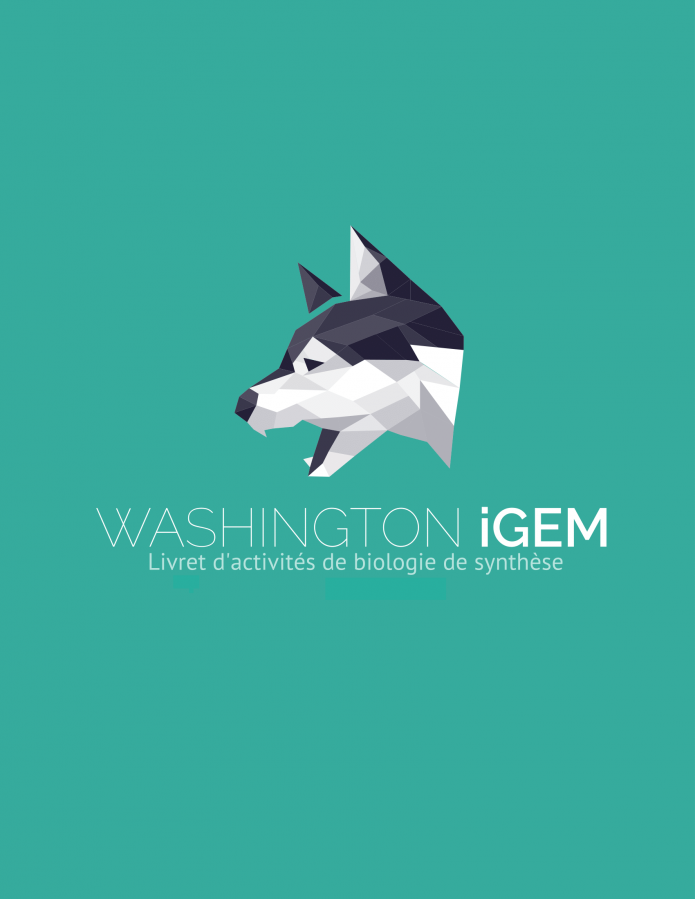 With the iGEM GO Paris-Saclay team, we organised a conference and activities in a senior’s residence to explain them what synthetic biology is. Our team focused on explaining what bacteria are and how we can use them and the iGEM GO Paris-Saclay team described the process of insulin biosynthesis using genetically modified microorganisms. More information on this collaboration is on our Education & Public Engagement page. 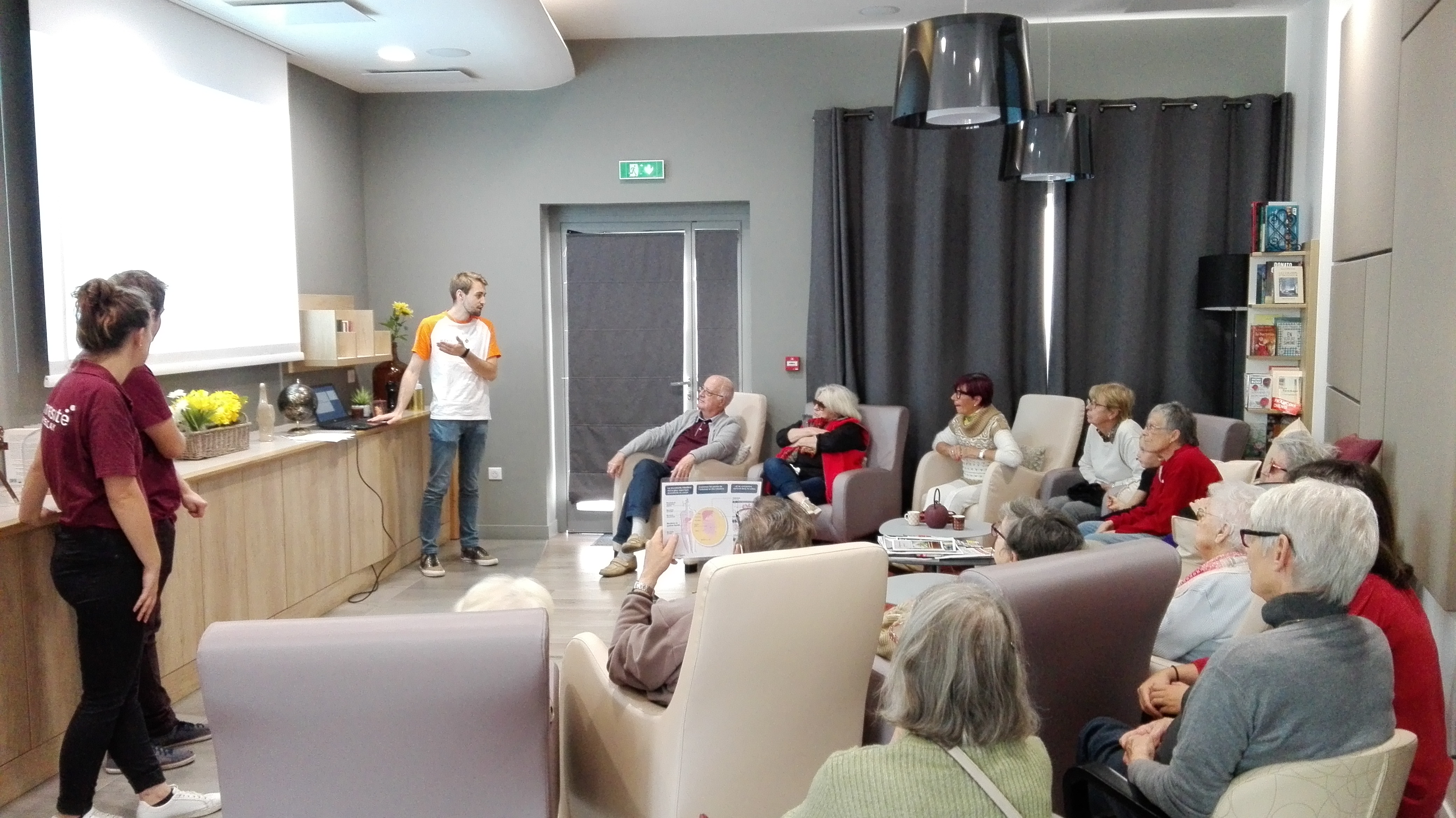 We met the iGEM Munich team during the European Meetup, which they had organised in the summer. This event gave us the opportunity to talk with them about a nice initiative: sending postcards to other teams to share our project. We participated in this initiative and created our own postcard. We have really enjoyed receiving the postcards of the other teams and learning about their interesting iGEM projects. 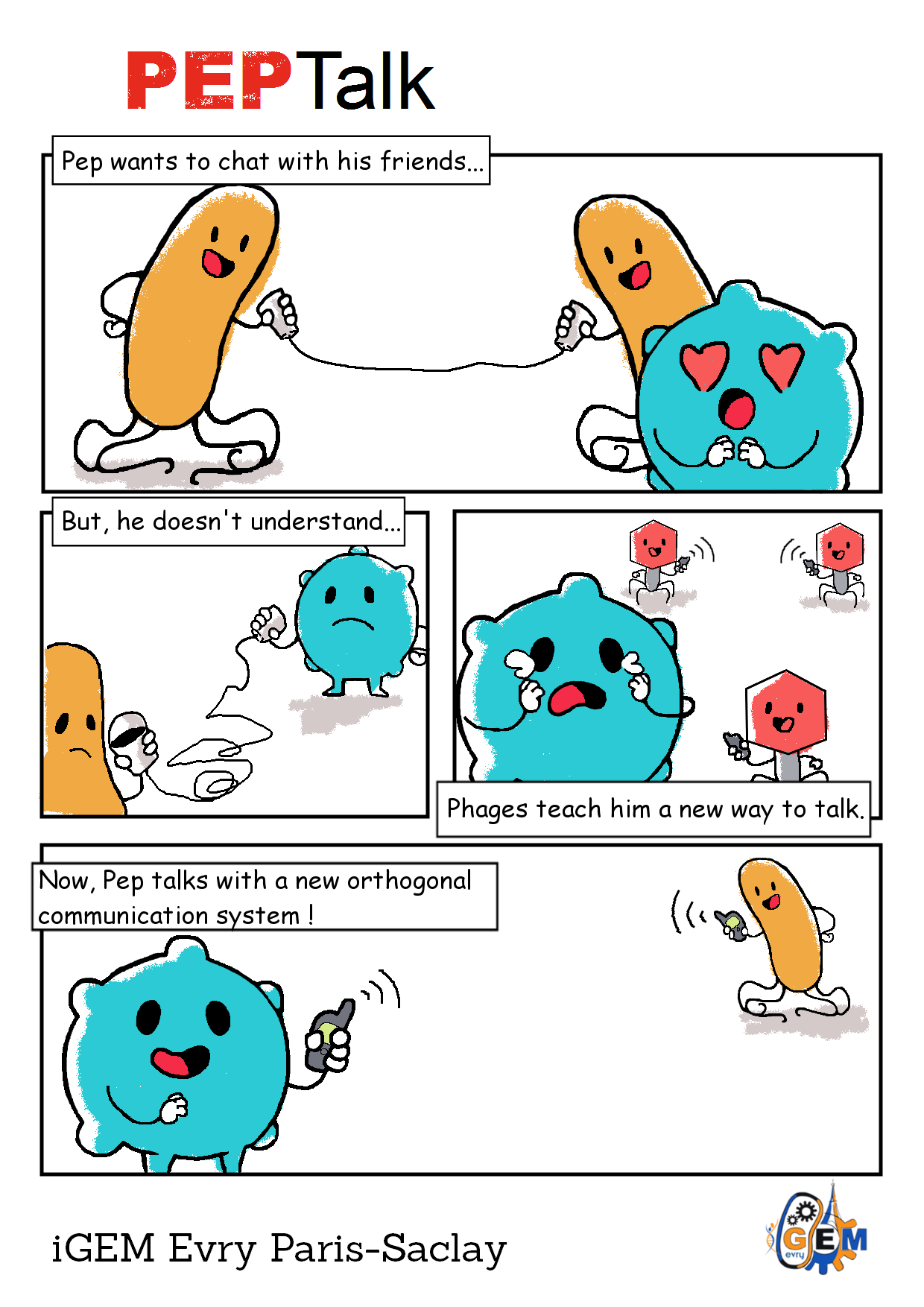 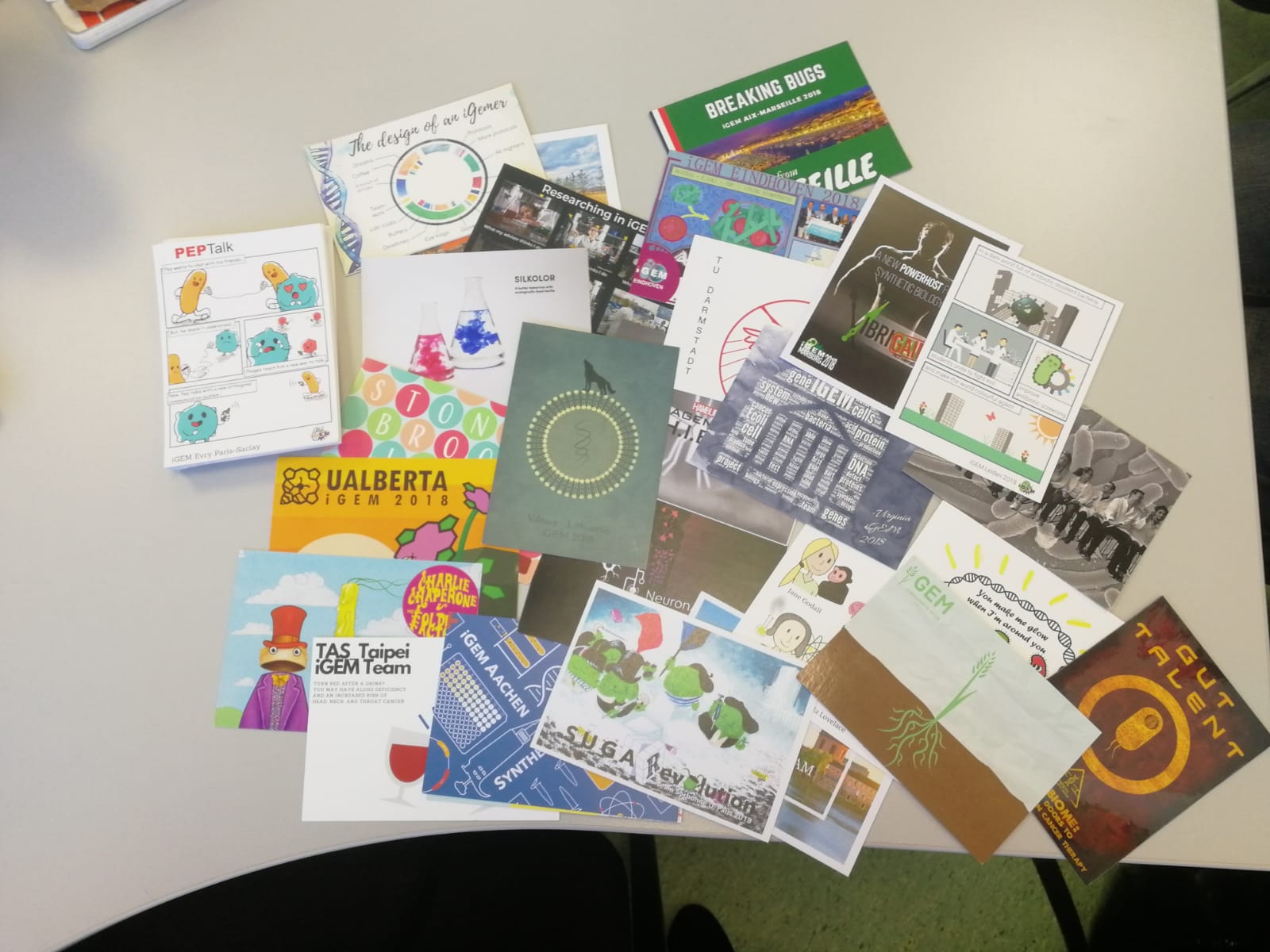 The iGEM Manchester team worked on a model to predict promoter strength and needed new promoter sequences to test it. Since we were characterising a new promoter, pAimX, we happily contributed the sequence of this promoter.

Beyond the collaboration, we also brought our help to teams which simply needed it. At the beginning of their project, the iGEM METU HS Ankara team contacted us asking a number of questions about setting up and running an iGEM project. We encouraged them to use the 20 kb of free DNA gBlocks provided by IDT, we explained to them how to perform a cloning with Golden Gate Assembly and gave them advice for the design of their parts, especially on introducing appropriate restriction sites into them.

We met the iGEM Bielefeld CeBiTec team at the European Meetup, which was organised by iGEM Munich, and we learnt that they were using siRNAs to induce a temporary knockdown in a cell. They argued that they wanted to find an alternative to CRISPR-Cas9 which introduces permanent knockouts and has a high off-target activity. To simplify their project, we proposed to them to perform a CRISPR interference (CRISPRi) using the dead Cas9 enzyme (dCas9). This kind of transcriptional regulation is more efficient than RNA interference (siRNA), it is inducible and reversible, and it minimises the toxic effects of off-target cleavage by Cas9.