In synthetic biology, the use of reporter genes, such as the ones coding fluorescent proteins, is common to test genetic constructions or to establish proofs of concept for instance. However, the method used to analyse fluorescence data can change between laboratories. As standardization and repeatability are two fundamental principles in synthetic biology, the iGEM Measurement Committee proposed to develop universal tools that would enable to compare data and reduce the variability between laboratories in fluorescence measurements. To do so, they ask every year iGEM teams to test tools and hypotheses. Because many iGEM teams usually take part in this study, they can provide conclusions supported by a strong statistical analysis. Impressed by this initiative, the team iGEM Evry Paris-Saclay decided to take part in this InterLab study once again this year. 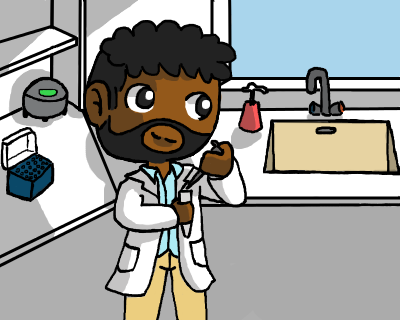 Fluorescent measurements are usually normalized according to the cell density to allow comparisons. The turbidity of cell suspensions or optical density measured at 600nm is the marker used to assess cell density. Nonetheless, it appears that this normalization leads to the introduction of more variability between laboratories in the data, coming from the optical density at 600nm measurement. There are more accurate methods that can directly estimate the absolute cell count in a sample. This year, the iGEM Measurement Committee thus wondered if by using these methods and by normalizing fluorescent measurements according to the absolute cell count instead of the optical density at 600nm, the variability between the laboratories would be decreased. To do so, two approaches will be set up: (i) the first one aims to estimate the absolute cell count by converting absorbance at 600nm of cell suspensions to absorbance at 600nm of a known silica beads that have similar physical properties as E. coli cells, creating then a universal standard; (ii) the second one aims to directly count the number of colony-forming units in each sample.

The plate reader used is the CLARIOstar from BMGLabtech (Figure 1) and the strain used is E. coli DH5α from New English Biolabs (NEB). The measurements were performed in a COSTAR 96, a black 96-well polystyrene microplate with flat bottom from Corning. The silica beads, the colloidal silica suspension (LUDOX) and the fluorescein come from the 2018 iGEM distribution kit.

The protocol summarised in Table 1 was used for the fluorescence intensity and the absorbance measurements by the CLARIOstar plate reader. All measurements were performed at room temperature (26.9°C).

The aim here is to use different dilutions of a suspension of a known concentration of silica beads that share similar physical properties to E. coli cells to establish a particle standard curve.

After checking that the provided silica beads suspension hasn’t been frozen, 96 µL of it was added in 904 µL of milliQ water in an 1.5 mL tube. The tube was then vortexed for 10 seconds and 10 serial dilutions by a factor 2 were realised in a microplate in a final volume of 100 µL. The last well was filled with 100 µL of water. 4 replicates were performed.

To do so, a 10x fluorescein solution is prepared with PBS in 1 mL. Then a 1x solution, at 10 µM is prepared in 1 mL with PBS too. Ten serial dilutions by a factor 2 were realised in a microplate in a final volume of 100 µL. The last well was filled with 100 µL of PBS. 4 replicates were performed.

Competent E. coli DH5α ware transformed with test devices 1 to 6, as well as with a positive and a negative control (Table 3), following the iGEM transformation protocol.

Two clones for each constructs were then isolated and cultured in liquid media at 37°C under agitation (220 rpm) overnight (Figure 8).

The cultures were diluted by a factor 10 in 5 mL of LB (Luria Bertani) supplemented with chloramphenicol. The absorbance at 600nm was measured in a microplate. Then, they were diluted again in a total volume of 12 mL in order to have cell suspensions at an absorbance of 0.02 at 600nm. The OD600nm was corrected according to the first calibration factor. The results are presented in Table 4.

500 µL of each cultures were collected in 1.5 mL tubes that were placed on ice (t=0h samples). The rest of the cultures were incubated at 37°C under agitation (220 rpm) during 6 hours. Two microplates were then prepared according to the layout presented in Figure 9 (one for the t=0h samples and one for the t=6h samples). 100 µL per well were deposited.

The cultured of E. coli DH5α harbouring the negative or the positive control parts were diluted by a factor 8 in 200 µL of LB supplemented with chloramphenicol. The OD600nm was measured in a microplate. The measurements ware performed in duplicate. The results are presented in Table 5.

These samples are then diluted in order to obtain three 1 mL cell suspensions per sample with an OD600nm of 0.1 (Table 6).

The OD600nm of the diluted samples was then measured to check that it equals 0.1 and 200µL of each diluted sample were deposit in a microplate. These cell suspensions were then diluted by a factor 8x103, 8x104 and 8x105 according to the scheme in Figure 10 and then 100 µL were plated on petri dishes containing 20 mL of LB agar supplemented with chloramphenicol at a final concentration of 35 µg/mL. The petri dishes were incubated overnight at 37°C. The number of colonies on each petri dish was then counted.

Our Interlab team was composed by Camille Monteil (our student intern) and Paul Ahavi. Both were involved in all steps of this study.

Camille: “I think the InterLab study is a excellent practice, especially as an intern. Protocols are clear, with a lot of details, easy to understand and not so difficult to realize. Moreover Excel files, are a such a good idea and a good help. Thanks to the InterLab study, my self-confidence in performing experiments has definitely increased. Repetitive steps were maybe a little long for a single day but, in the end, it allowed me to assimilate the manipulation and the good laboratory practices. Doing the measurements and the colony forming unit protocol on the same day was a little stressful and difficult, but maybe it's not so bad afterwards.”

Paul: “To me, the InterLab study was a user friendly experiment. It is perfectly suitable within the iGEM adventure because it is designed to be accessible: not too expensive and not too time consuming. The main lesson I learnt from it is the way to design protocols that enable to obtain robust results. While I was impressed by your efforts to make the protocol and the explanations as clear as possible, I think the method used to process and analyse data should be more explained. In addition, it allowed me to learn how to use a plate reader, a tool that I had never used before and that I needed to use in the framework of our iGEM project.”