The discovery of the weedkiller glyphosate

Glyphosate (N-(phosphonomethyl)glycine) was first synthesized by the chemist Dr. Henri Martin in 1950, while working for the Swiss pharmaceutical company Cilag, which was founded in 1936 in Schaffhausen. Unfortunately (fortunately?), Dr. Martin did not find out that glyphosate may serve as a very efficient herbicide (see below). About 20 years later, the American chemist Dr. John E. Franz who was working for the American company Monsanto (recently bought by Bayer) observed that glyphosate specifically inhibits the 5-enolpyruvyl-shikimate-3-phosphate (EPSP) synthase in plants, fungi, bacteria and archaea (Figure 1) (1-4). The EPSP synthase generates the precursor for the de novo synthesis of aromatic amino acids tryptophan, tyrosine and phenylalanine (5). Therefore, inhibition of the EPSP synthase by glyphosate results in the depletion of the cellular levels of aromatic amino acids and death of the organism that is treated with the weedkiller (Figure 1) (1,6-8).

Figure 1. Glyphosate that is present in Roundup specifically inhibits the 5-enolpyruvyl-shikimate-3-phosphate (EPSP) synthase (PDBid: 2QFU), which converts shikimate-3-phosphate (S3P) and phosphoenolpyruvate (PEP) to EPSP. A drop in the cellular levels of the precursor for aromatic amino acid synthesis causes death of the organism that has been treated with Roundup.

The usage of glyphosate

Glyphosate is resistant to chemical hydrolysis, thermal decomposition and photolysis due to a stable C-P bond (9). Moreover, due to the fact that glyphosate is toxicologically safe and that transgenic, glyphosate-resistant crops have been introduced by Monsanto, the herbicide has become the dominant weedkiller worldwide (10-15). The production and usage rate of Glyphosate increasing up to this day (Figure 2). Moreover, given the fact that genetically modified crops that produce glyphosate-insensitive EPSP synthases are tolerated in the united states, glyphosate is the most used herbicide in this country (13). 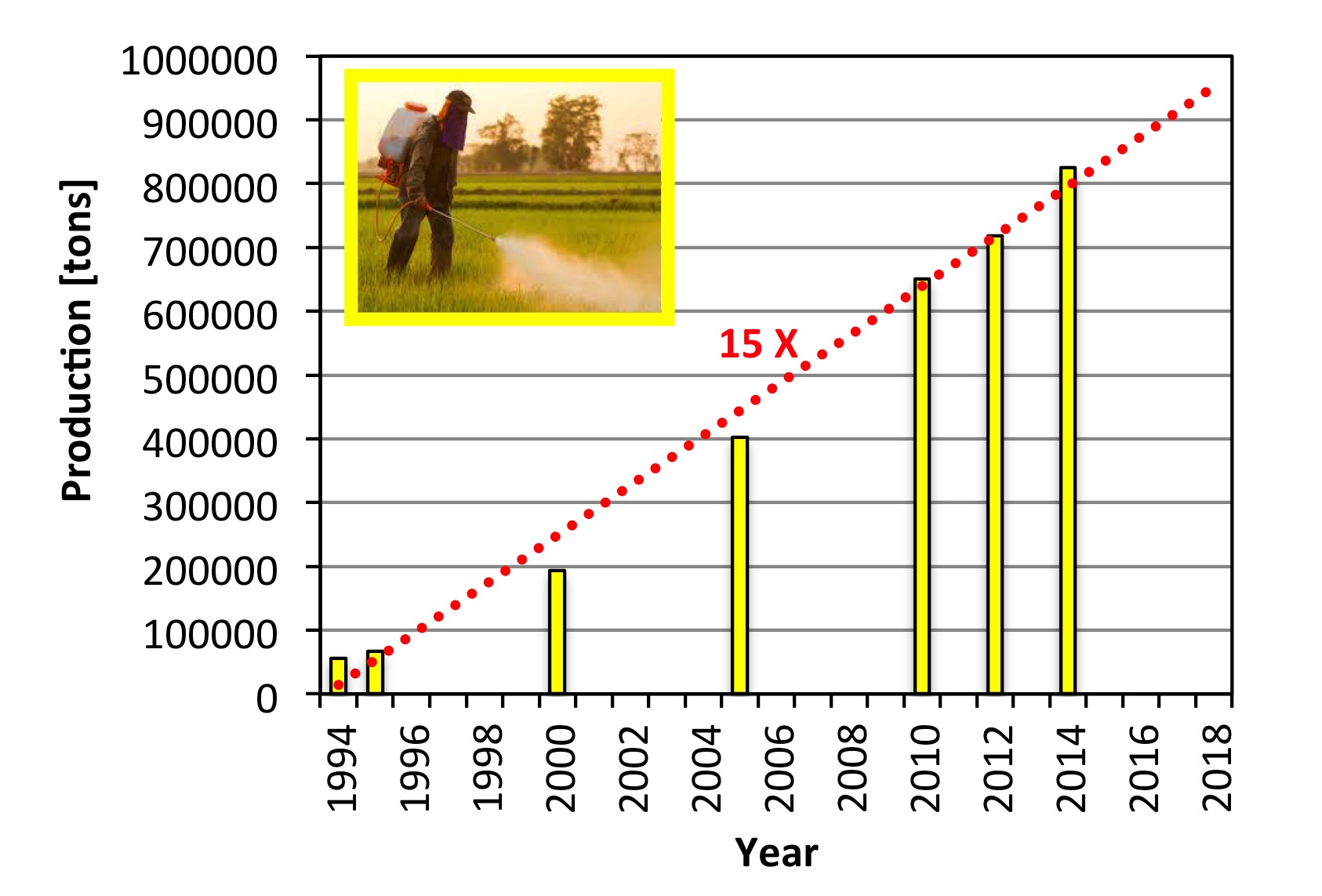 Figure 2. Glyphosate usage over the last two decades. It has been estimated that the production of glyphosate is increasing with a rate of about 40 tons per year. Adapted from Benbrook (13).

The problem of glyphosate-resistant crops

Due to the intensive application of glyphosate in agriculture, several plant species have become resistant against the herbicide. Please check out the webpage http://www.weedscience.org, which is reporting of herbicide resistant weeds globally. The international survey of herbicide resistant weeds is a collaborative effort between weed scientists in over 80 countries. The main aim of this collaborative effort is to maintain scientific accuracy in the reporting of herbicide resistant weeds globally. The collaborative effort is supported by government, academic, and industry weed scientists worldwide. Moreover, the project is funded by the Global Herbicide Resistance Action Committee and CropLife International. The development of glyphosate resistance is a severe problem in agriculture because increasing amounts of the herbicide have to be applied in order to kill weed. Unfortunately, the increased usage of glyphosate may negatively affect the biodiversity because the weedkiller does not discriminate between weed and other plants that serve as a food source for insects like honey bees. Since honey bees are very important for pollination, a decrease of the honey bee population has a strong negative impact on plant reproduction, which also affects the fruit yield. A recent study revealed that the weedkiller affects the composition of the gut microbiome of honey bees (Figure 3). The alteration of the gut microbiome composition increases susceptibility to infection by opportunistic pathogens. 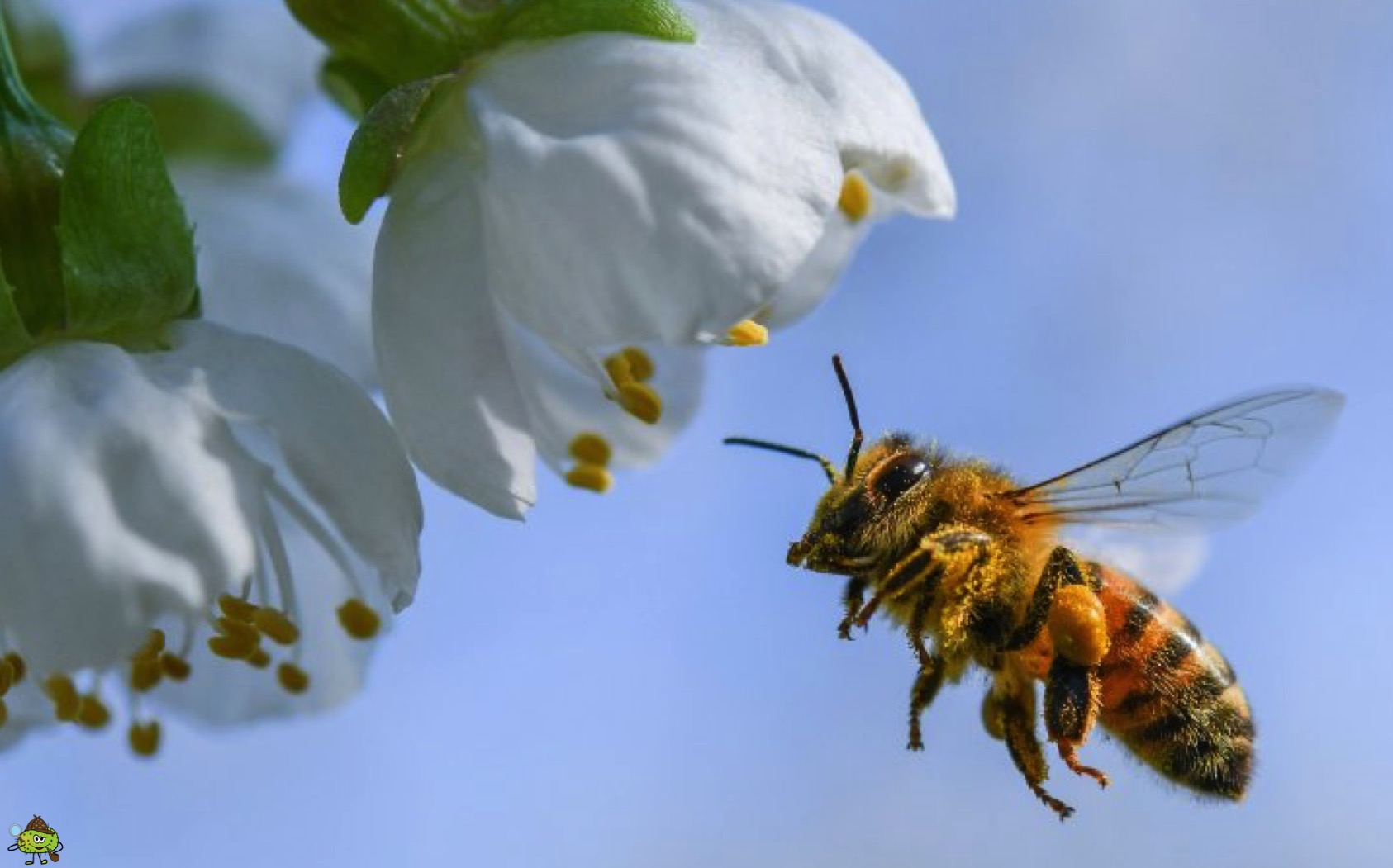 Figure 3. A lovely honey bee landing on a flower in eastern Germany.

Since crops as well as weed co-evolve with glyphosate over time, the development of herbicide resistance is never ending (Figure 4). Indeed, once a resistant plant has been selected, repeated use of a herbicide over multiple generations allows resistant plants to proliferate as susceptible plants are eliminated. 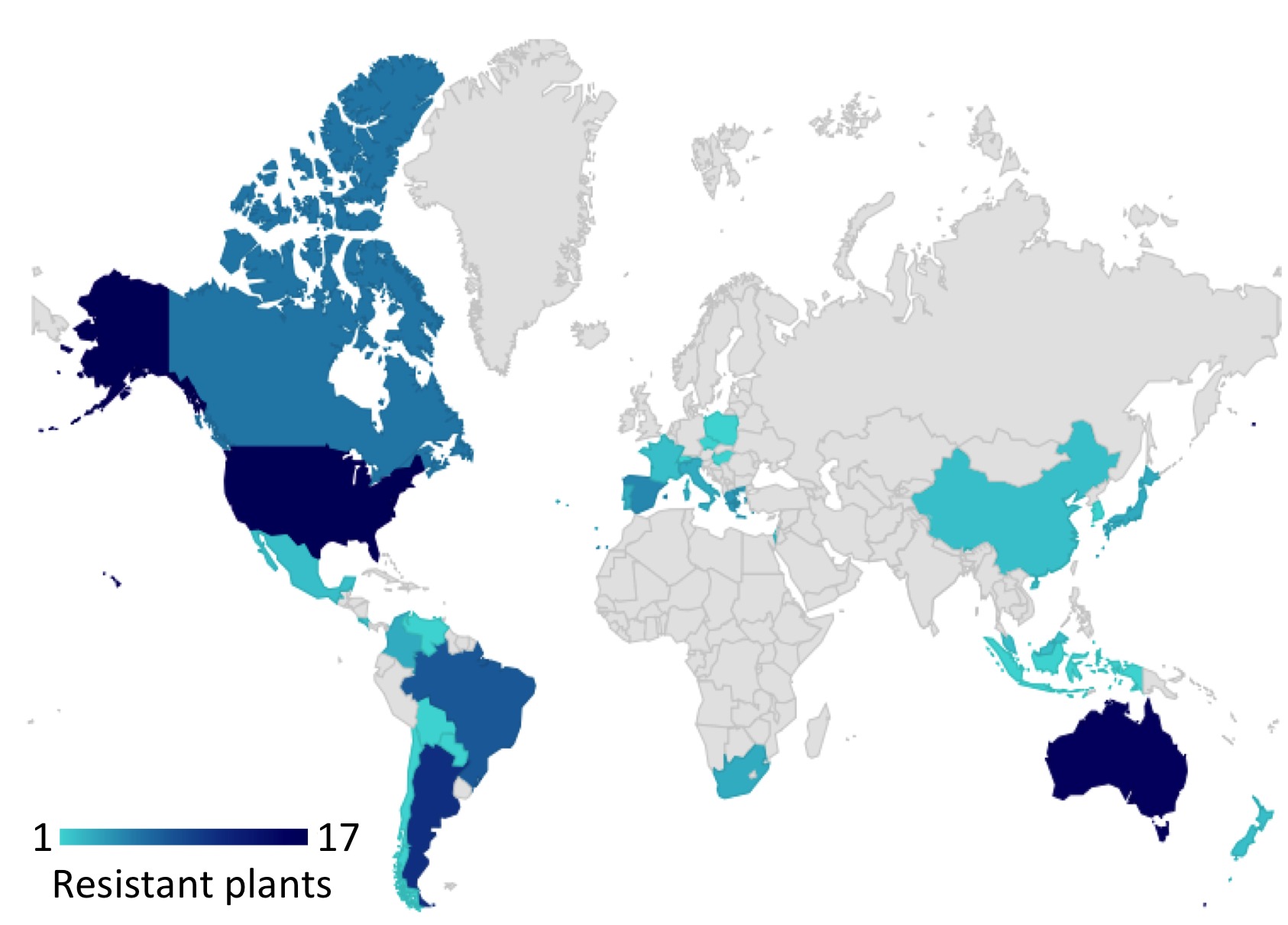 Figure 4. The emergence of plants that have acquired resistance against glyphosate is increasing world wide (status: April 2018). Adapted from http://www.weedscience.org.

Other applications for glyphosate

Companies like Monsanto with patented chemical technologies will generally try to patent all reasonable potential uses of that chemical in order to obtain maximal return on their research investments. Since glyphosate inhibits the aromatic biosynthetic pathway in many bacteria and parasites, a reasonable case can be made that glyphosate might be effective as an antimicrobial. Indeed, Monsanto has filed in 2003 a patent for the invention that the herbicidal agent glyphosate can be used in combination with the polyvalent anion oxalic acid to prevent and treat pathogenic infections caused by protozoan parasites of the phylum Apicomplexa (Patent No.: US7,771,736B2). However, a lot stands between glyphosate as a substance with antimicrobial activity in the test tube and a clinically effective antimicrobial agent. A reliable effective concentration of glyphosate with a reasonable oral dose in humans is difficult to achieve, especially when glyphosate is orally applied. Moreover, glyphosate only shortly persists in humans. Glyphosate blocks the production of de novo synthesis of aromatic amino acids in bacteria, and the bacteria will die, or at least stop reproducing, if they cannot obtain these nutrients from the environment … but blood and tissues are not water - they are chock-full of the nutrients that microbes need to survive. The addition of aromatic amino acids to the growth medium of bacteria indeed interferes with glyphosate-dependent inhibition of the EPSP synthase (6). Moreover, nobody has demonstrated so far that glyphosate is an effective antimicrobial agent for treating human or animal infections. Therefore, it remains to be determined whether glyphosate may indeed act as an efficient and reliable antimicrobial agent to fight pathogenic bacteria and protozoan parasites.

Despite warnings over potential risks to human health and the environment, farmers around the world depend on the herbicide glyphosate, which is the active ingredient of of Roundup that is produced by the giant Monsanto. In June 2016, the European Union member states delayed a final decision on renewal for the weed killer, instead extending the license for 18 months. In October and November 2017, the European Commission (EC) again pushed back a vote on the issue. However, the EC must make a decision, as the current license is due to expire on December 15. Although the EC on Food Safety had been pushing for a 10-year renewal of the license for glyphosate, this has been pedaled back to a five-year renewal. While many EU member countries support continued use of glyphosate, countries like France have announced plans to oppose the license renewal. In previous meetings, other large member states like Germany have been undecided. The debate over weed killer glyphosate has been raging for years. In 2015, the WHO's International Agency for Research on Cancer classified the herbicide as "probably carcinogenic." Yet in 2016, the European Food Safety Authority described that glyphosate is "unlikely" to cause cancer. Glyphosate is the world's most widely-used herbicide (see above). In Germany alone, farmers treat about 40 percent of arable land with it! Glyphosate undeniably increases the efficiency of farming - and traces of glyphosate have been detected in many foods, from ice cream to beer :-( (Figure 5). However, critics argue that risks are too high. A Danish farmer in Europe alleged that glyphosate caused his piglets to be born with deformities; in countries like Argentina, experts have blamed cancer, miscarriage and deformation in humans on glyphosate. Environmentalists also point out potential harmful effects of glyphosate on biodiversity and ecosystems. Some people compare the powerful agrochemical lobby behind glyphosate with that of tobacco. In the same vein, they argue that Monsanto has manipulated scientific studies upon which regulatory bodies base their decisions (Figure 5). In any case, the glyphosate controversy is far from over. Indeed, Dewayne Johnson, a 46-year old groundskeeper from the united states sued Monsanto to be responsible for his cancer (August - 10 - 2018). Mr. Johnson might receive 289 Million US Dollar as compensation money for this case. However, Monsanto still argues about the outcome.

Figure 5. Monsanto has supported studies to evaluate the genotoxic potential of glyphosate (16). Glyphosate has been detected in german beer.

Advantages and disadvantages of glyphosate usage in agriculture 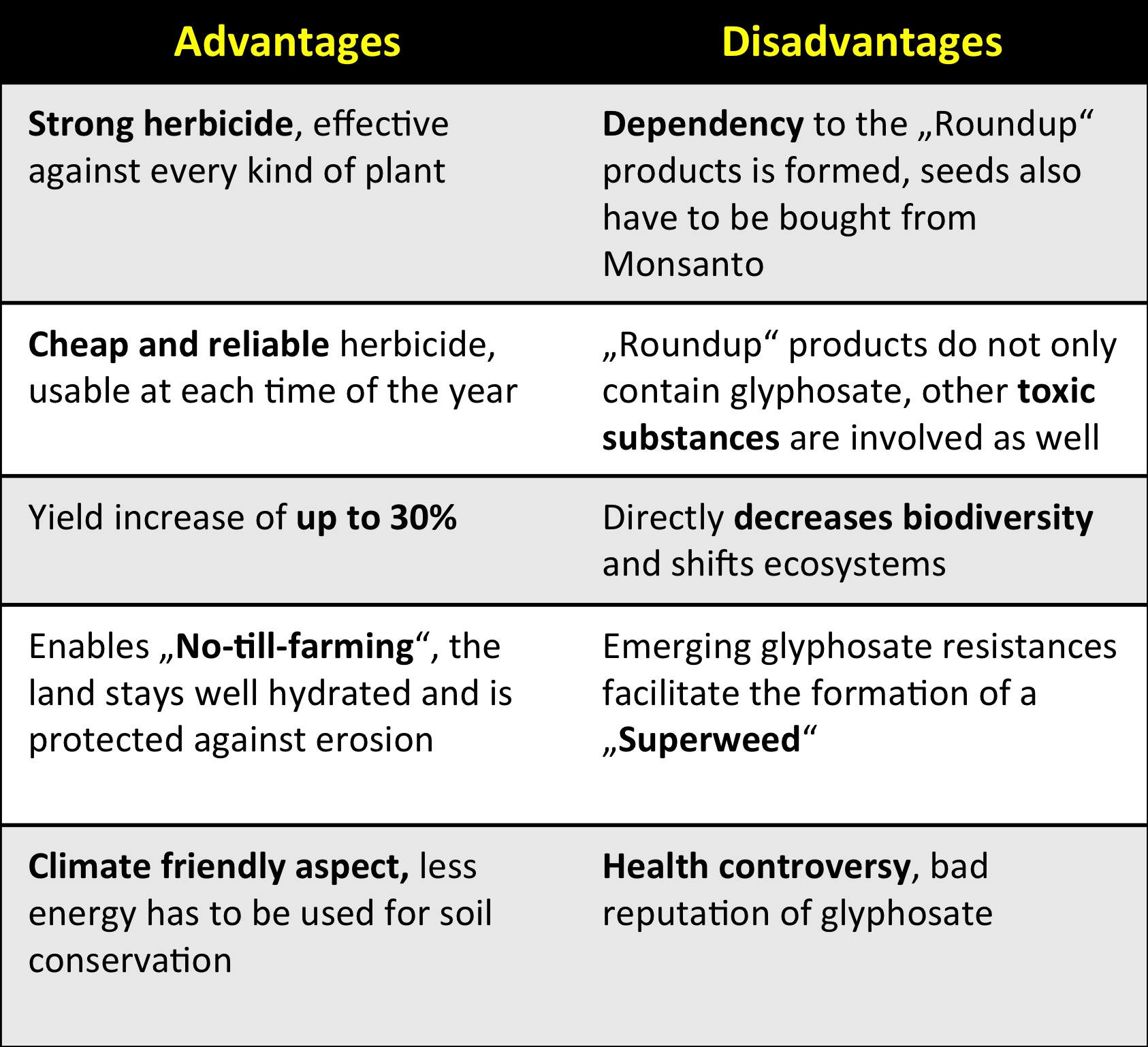 Figure 6. Some advantages and disadvantages of glyphosate usage in agriculture.