Until now our detection method worked perfectly under laboratory conditions, so the next step was inevitably to test it under “real life conditions”, or more precisely, we put our method under trial. Hence, we purchased the product Roundup® from our local home improvement store. It has to be considered, that even though glyphosate is the active ingredient in Roundup®, it contains additional substances (actually it is a soap to facilitate the contact between glyphosate and the plant surface) that could pose negative side effects. In a first trial phase, we wanted to investigate if Roundup® affects our modified B. subtilis strains in a similar way as pure glyphosate (see Figure 1). 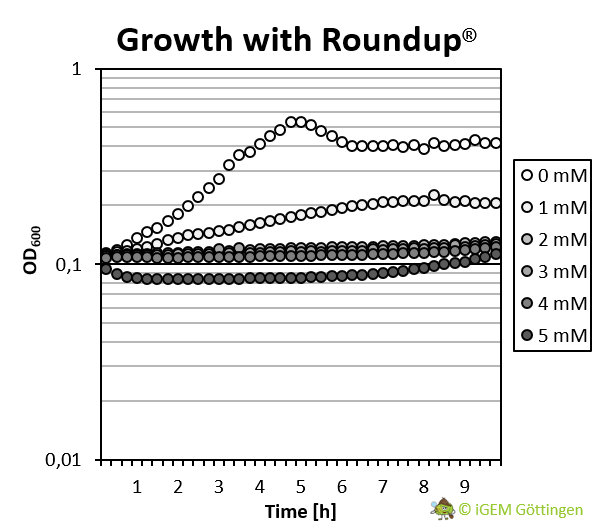 Figure 1. Growth of the B. subtilis wild type strain 168 with increasing amounts of the herbicidal mixture Roundup®. The optical density was measured at a wavelength of λ=600 nm.

As shown in Figure 1, growth of B. subtilis was severely inhibited in the presence of low amounts of Roundup® as it was the case with pure glyphosate!

Furthermore, we repeated our competition experiments with Roundup® and compared it to our previous results (see Figure 2). The signals from GFP and mOrange fit with the experiments where pure glyphosate was used. 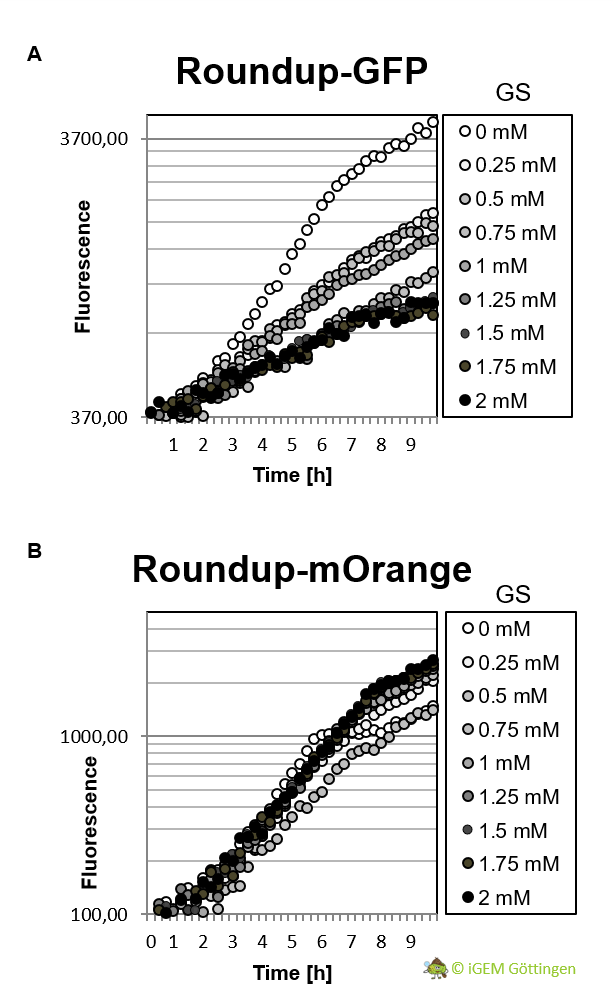 As we created a glyphosate detection system, we wanted to test our competition assay with a "sample" (Figure 3). The "sample" had a concentration of 0.6 mM. 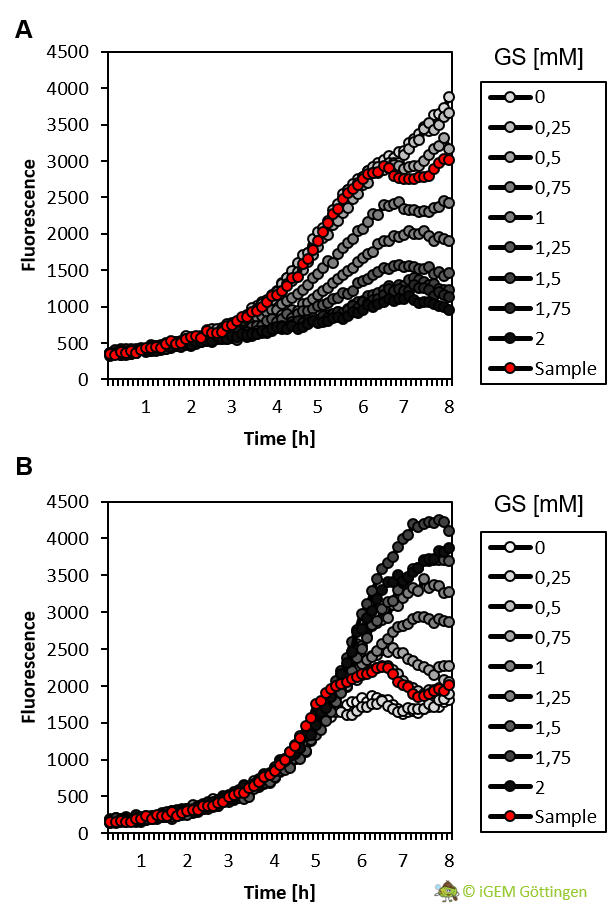 This results enable us to detect the amount of glyphosate in a sample highly accurate.

These results show that our detection method works perfectly with the commercially available product Roundup®!

The overall aim of our project was to develop a procedure that allows to determine if a sample is contaminated with glyphosate. Consequently, we analyzed soil samples that were previously treated with Roundup®. Our product is based on the intraspecies competition of a sensitive strain constitutively expressing the lacZ gene encoding the β–galactosidase and a non-labelled glyphosate-resistant strain. The principle of our product is depicted in Figure 4.

Figure 4. Workflow describing the detection of glyphosate by intraspecies competition. Glyphosate is extracted from the soil using water. The solution is applied to the vial containing a bacterial cell suspension using the Claristep® Filtration System. After incubation of the vial the coloration of the solution will indicate the amount of glyphosate that was present in the sample.

Firstly, Roundup® has to be sprayed on top of a soil sample. In a second step, water has to be applied to extract glyphosate from the soil sample. The solution will then be filtered through a filter device to remove soil fragments and microorganisms. Fourth, the sample will be applied onto solid media powder with all necessary ingredients including spores of the two competing B. subtilis strains. The sample has to be incubated for 10 h at 37°C with agitation. Finally, the blue color of the bacterial solution will be compared to a test strip. The intensity of the blue color roughly determines the concentration of glyphosate in the sample.

The application of our product is illustrated in the following movie: