Because regulations on biomedical devices are so drastic, we decided very early in the process that this competition would not be just about producing a “proof of concept” but to go a step further in analysing beforehand the risks that would go with our prototype use and that wouldn’t need to be considered for an eventual industrial production.
The FMECA (Failure Mode, effects, and criticality analysis) was originally developed by the National Aeronautics and Space Administration (NASA) to improve and verify the reliability of space program hardware. This method is a reliability evaluation/design technique which examines the potential failure modes within a system and its equipment, in order to determine the effects on equipment and system performance and on the environment of the device. Each potential failure mode is classified according to its impact on mission success and personnel/equipment safety.


For our study, we based ourselves on a MIL-STD report (US Military standards on Environmental Engineering Considerations and Laboratory Tests) explaining the process of a FMECA.
Here is a description of the different steps of the process: 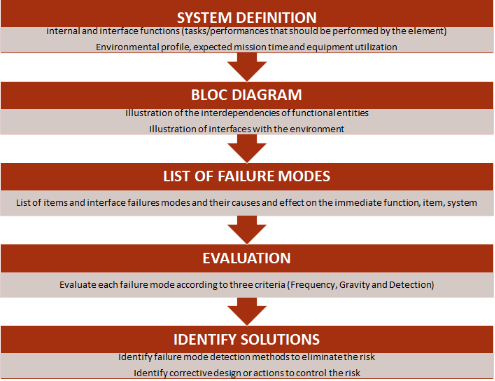 Figure 1: Description of the FMECA process

1/ Definition of the system

This study will only address the failure modes coming from us (and the manipulations we made to build the prototype) and the environment (user, external aggressions…). We will consider that the parts we ordered are guaranteed to work under normal conditions (described in the datasheets of the components) and that their risks of failure are negligible.

To carry out this study, we had to approaches:

We assume that this machine is going to be used in hospitals and medical analysis laboratory by technicians who were formed to the utilization of our machine. They will have to interact with the machine by introducing a sample from the patient in a consumable containing reagents (phages, probes, competent bacteria...) and by introducing it inside of the machine. He will also have to power the machine and to read the useful information on a screen. A result will be given by the machine after 12 hours and no other interaction with the user will be needed.

The machine is composed of 6 main modules:

These modules manage biological components such as bacteria, bacteriophages or enzimes that were dried for a long-term conservation in the consumable.

A good analysis will ease the process of identifying potential risks caused by the mere existance of this machine. 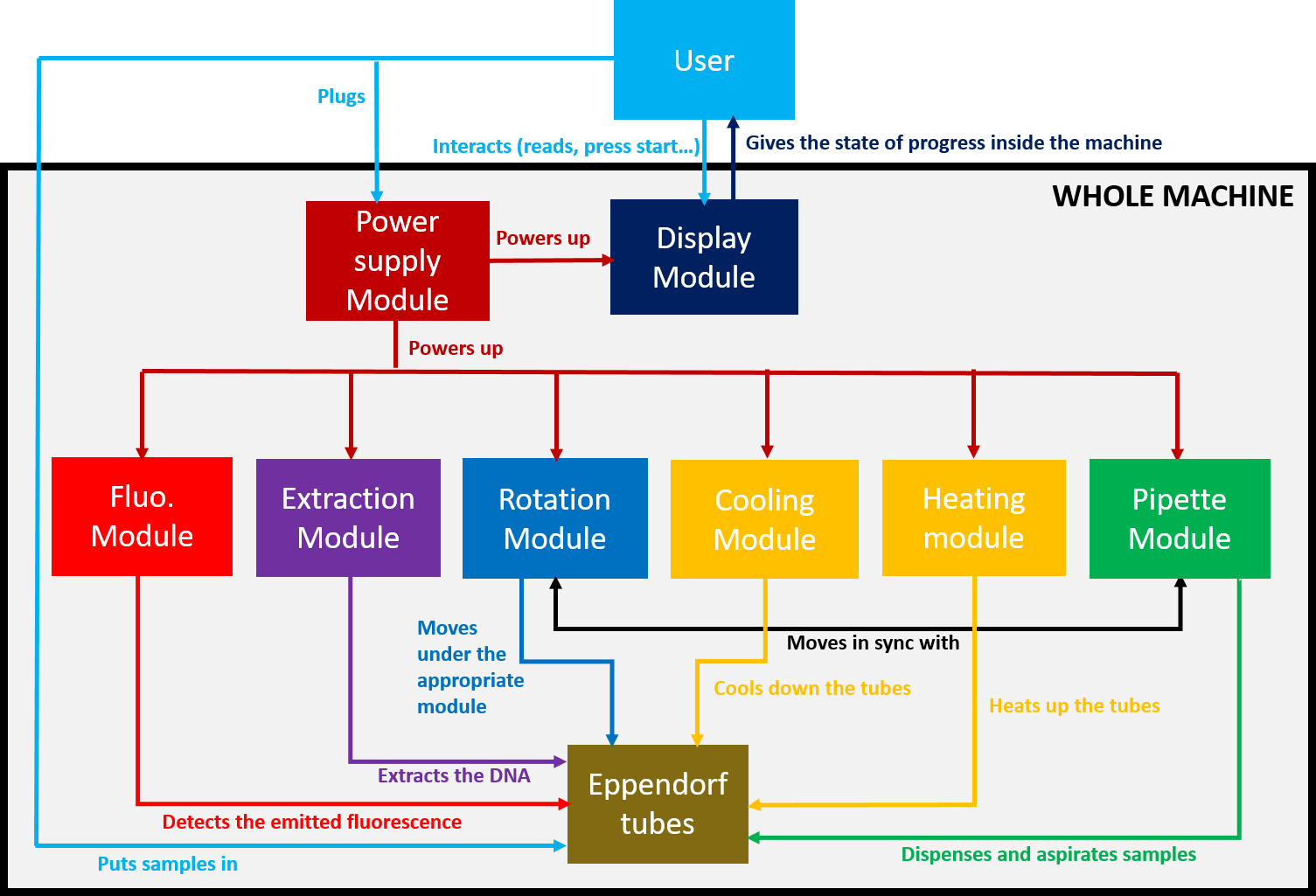 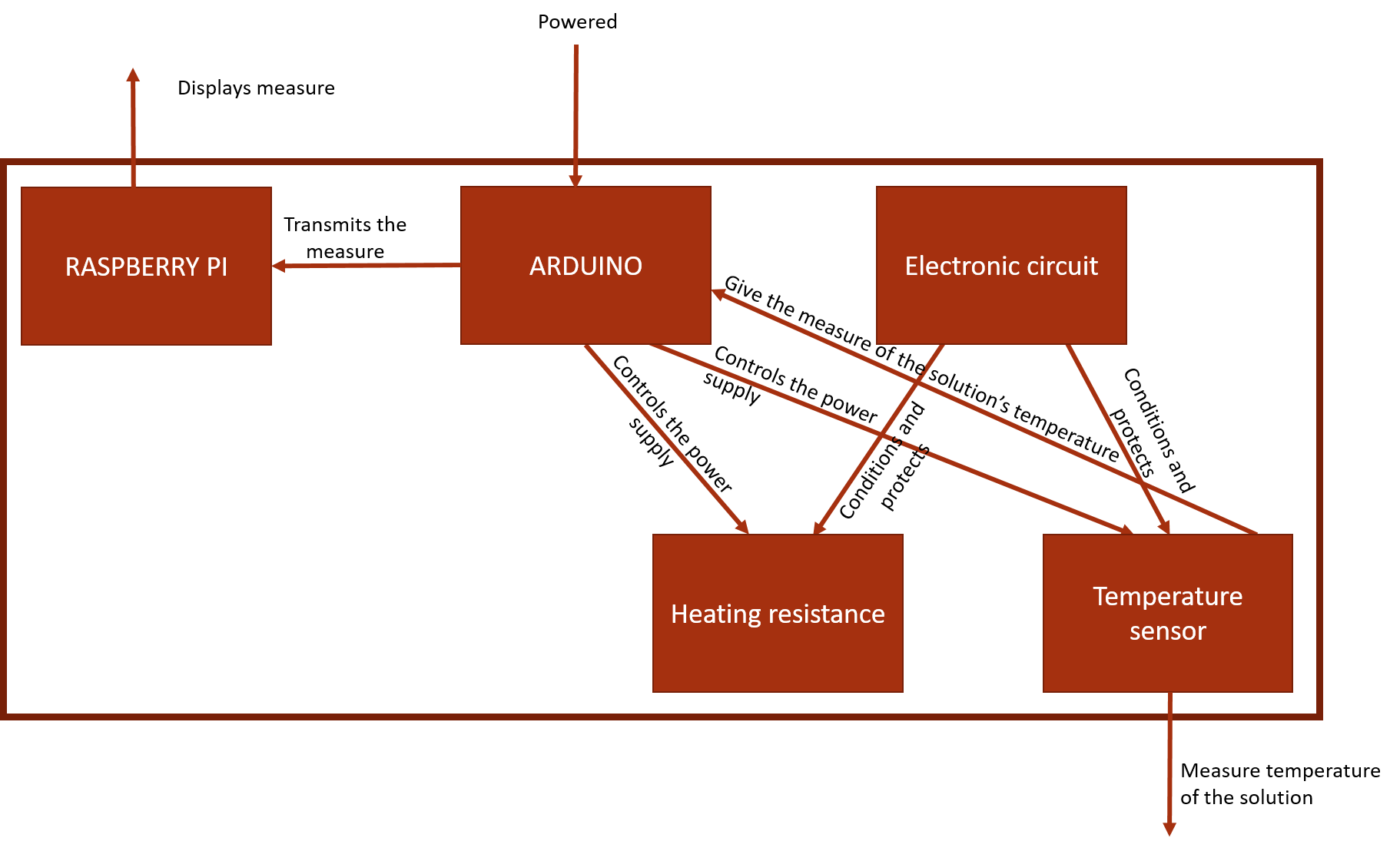 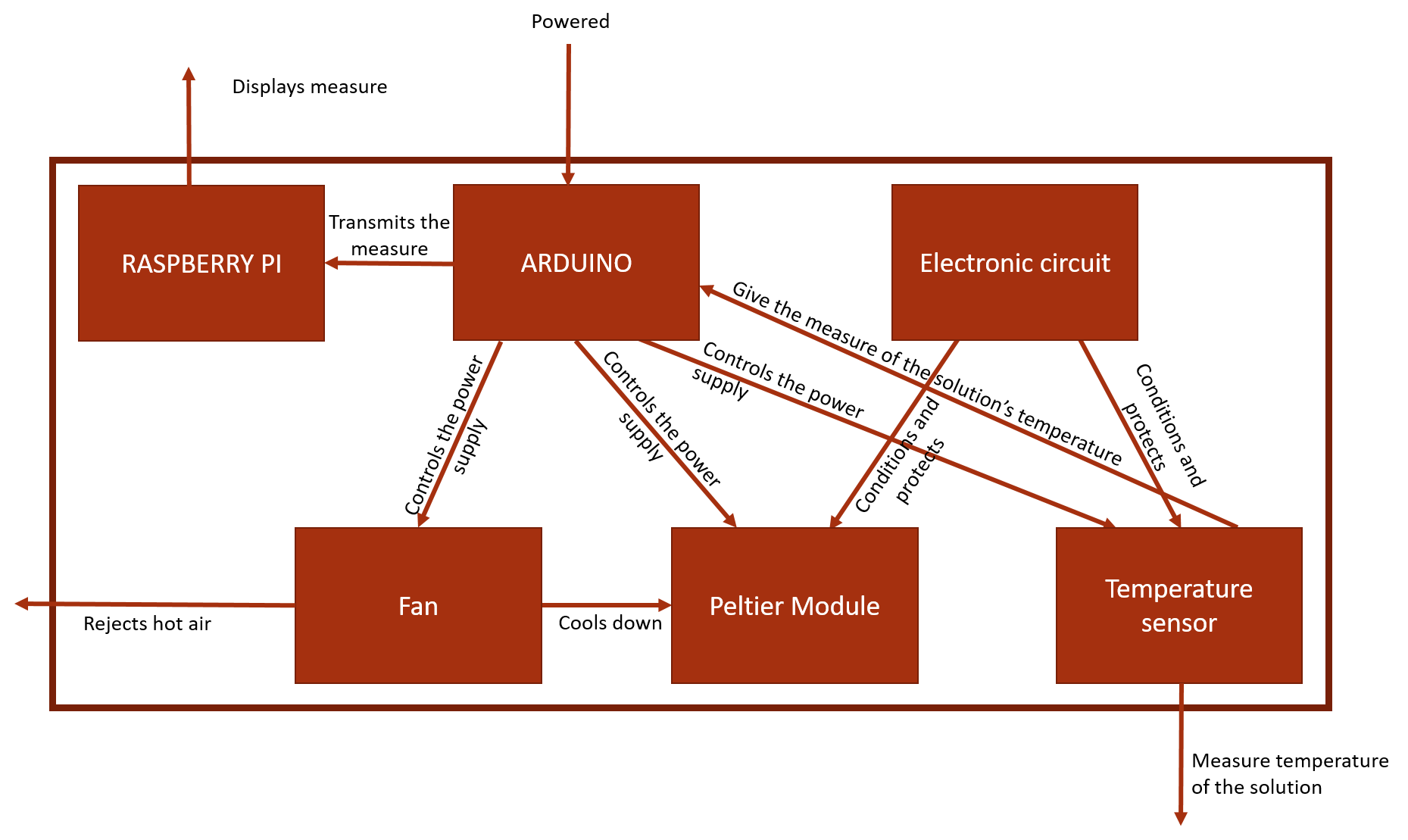 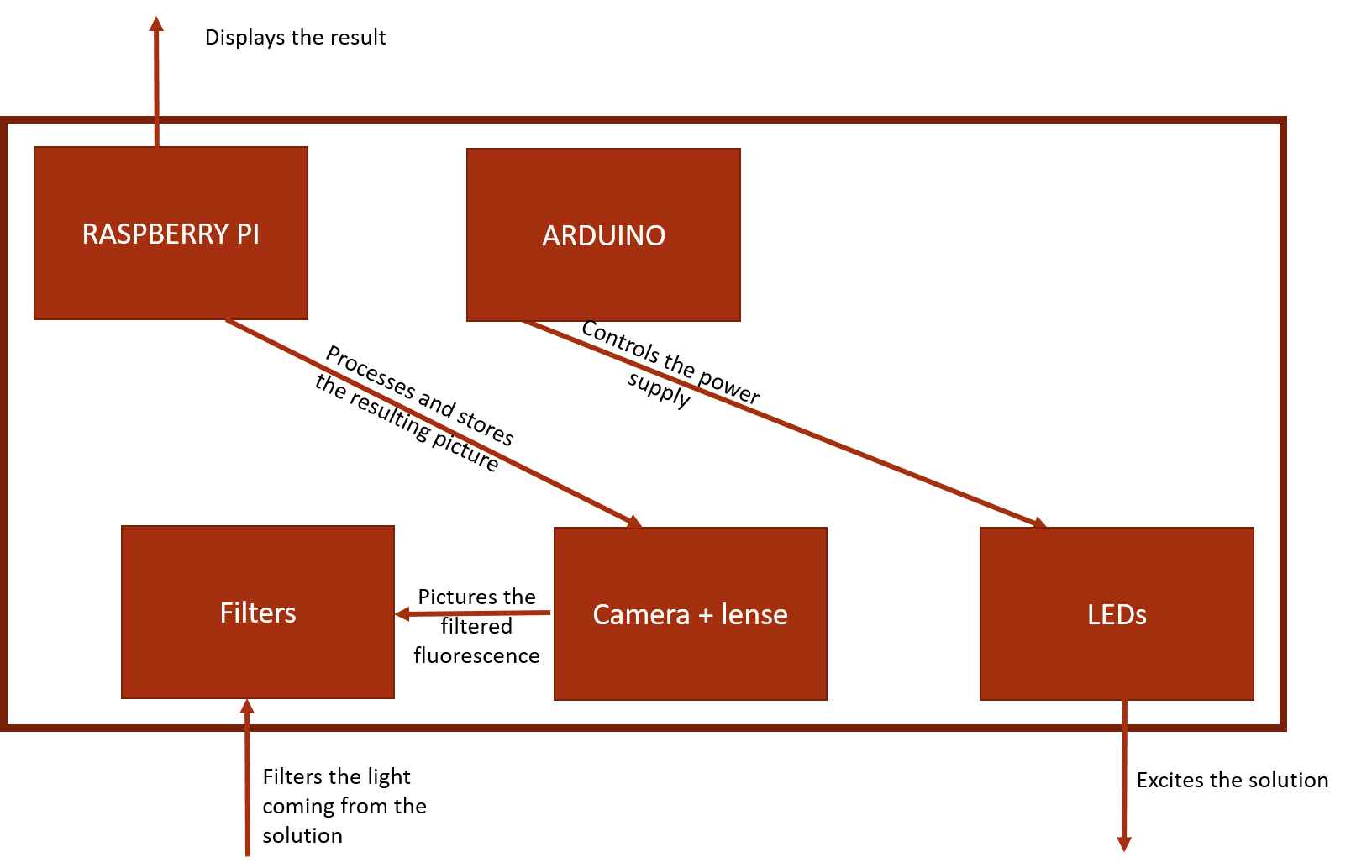 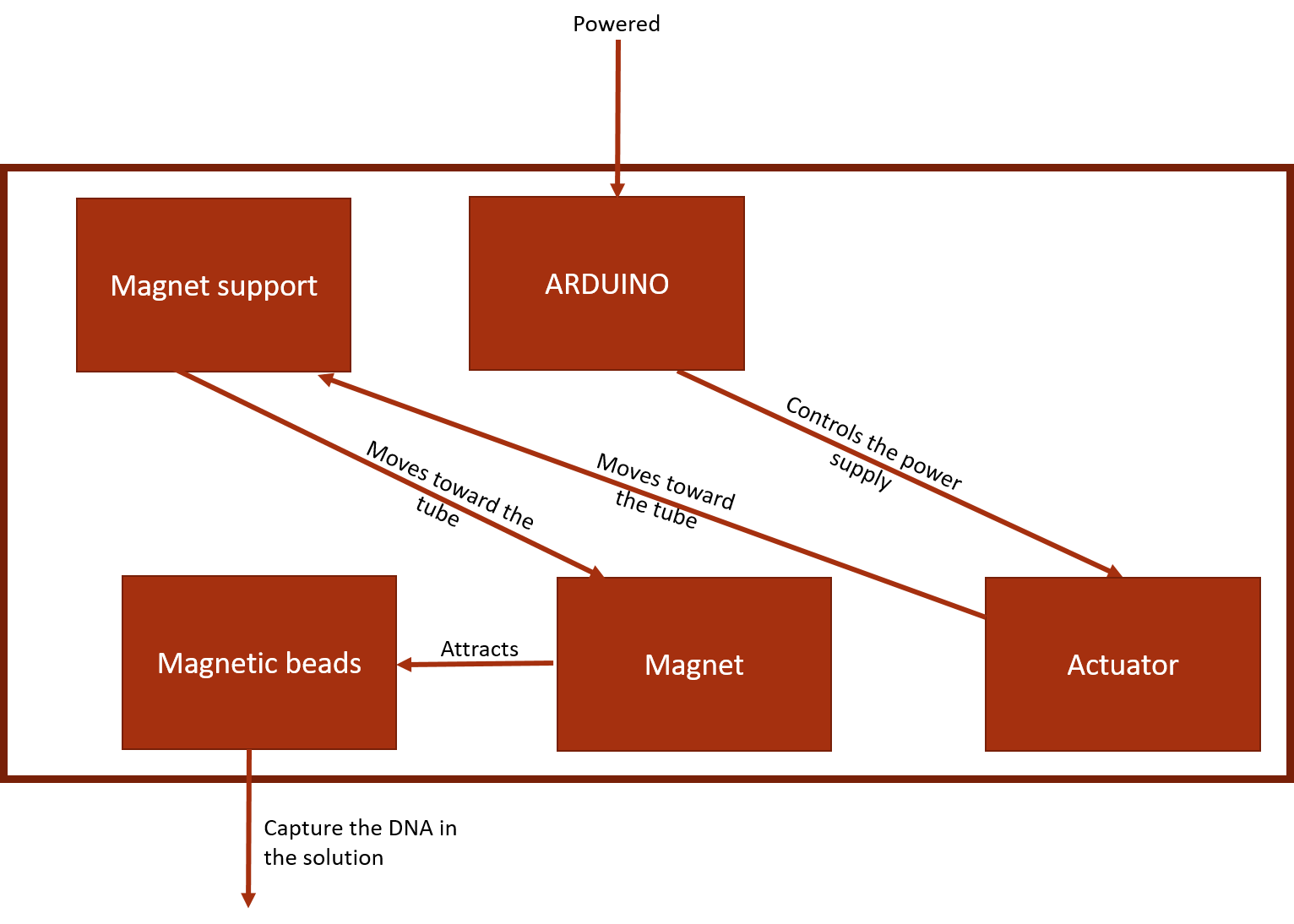 Once we have identified the main components of the system and the main actions that they perform, we can identify the potential failure modes by examining four modes:

When the failure modes have been identified, it is also important to anticipate the effects that they are going to have on the environment or the user... And to rank them according to three criteria:

Each criteria has a system of points attribution from 1 to 4. For each failure mode, we neet to consider these criteria and to rank their importances. Once this is done, we make the product of the points and compare the result to a table describing the order of priority we should respect to take care of the identified failure mode. 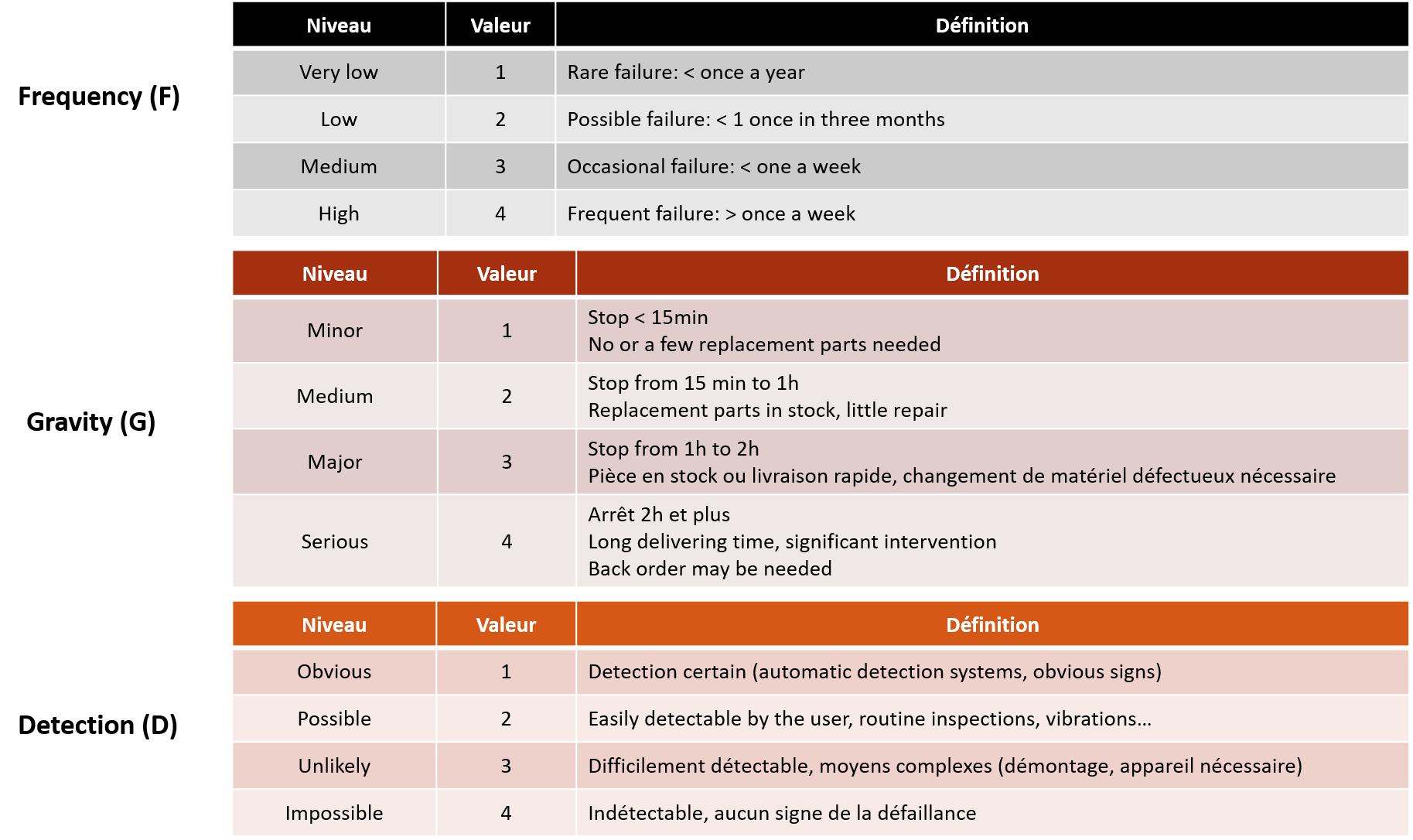 For instance, the following table gives in red and orange which failure modes have to be taken care of in priority for both Gravity and Frequency criteria.

On the basis of the previous part results, solutions to prevent these failure modes to happen or to reduce their frequency, gravity and occurence have to be proposed and implemented.

The three previous steps are summarized in the following tables. 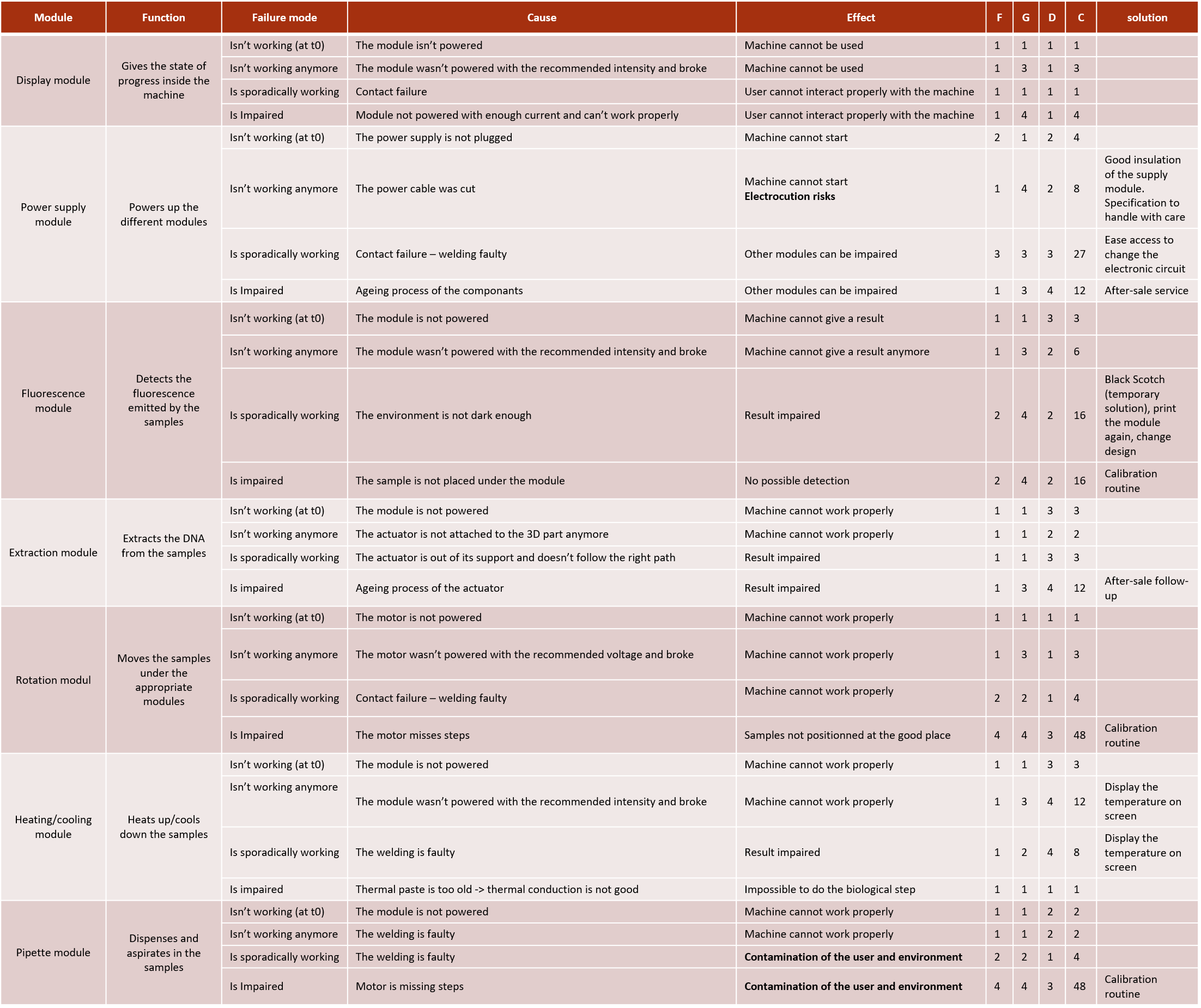 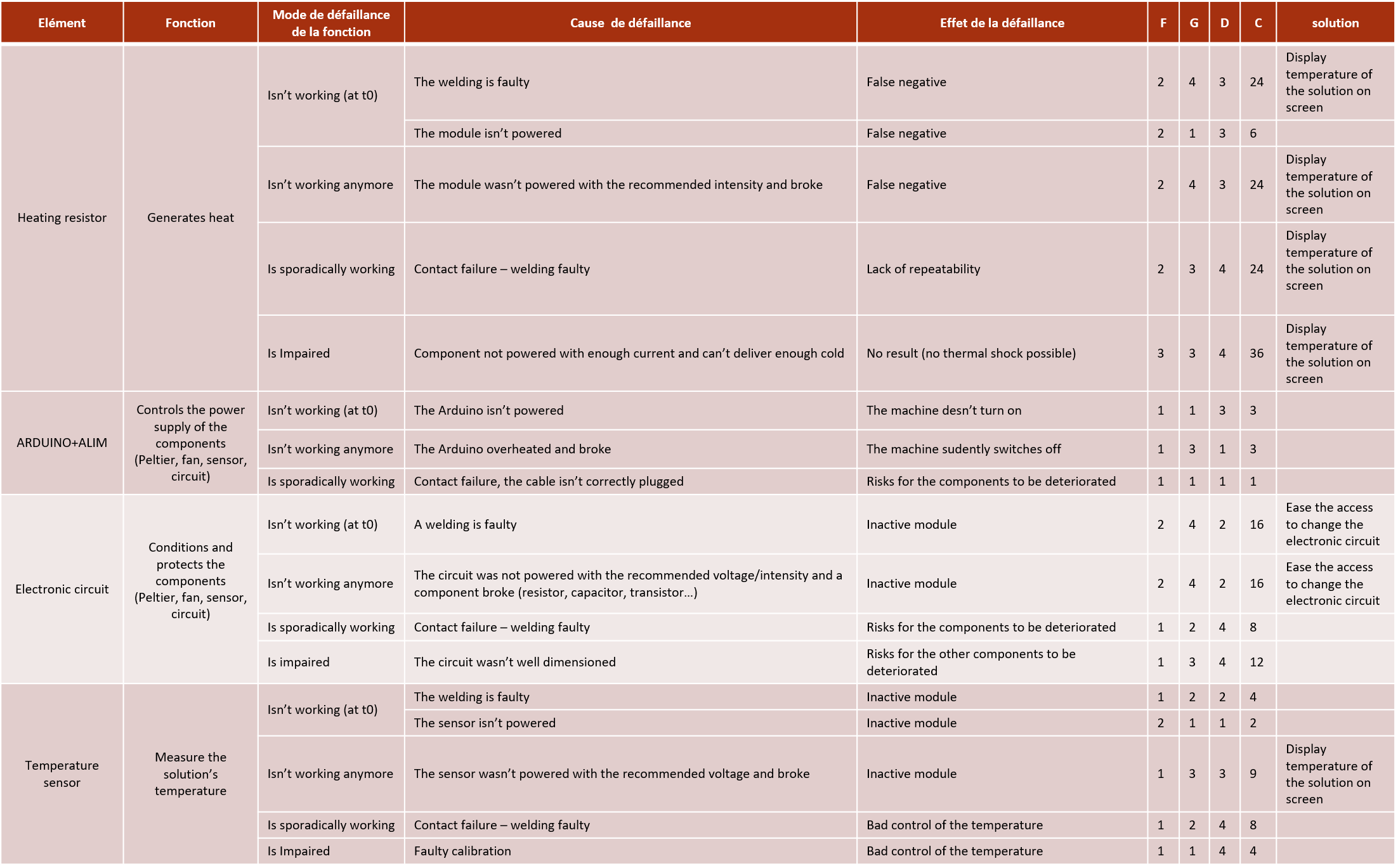 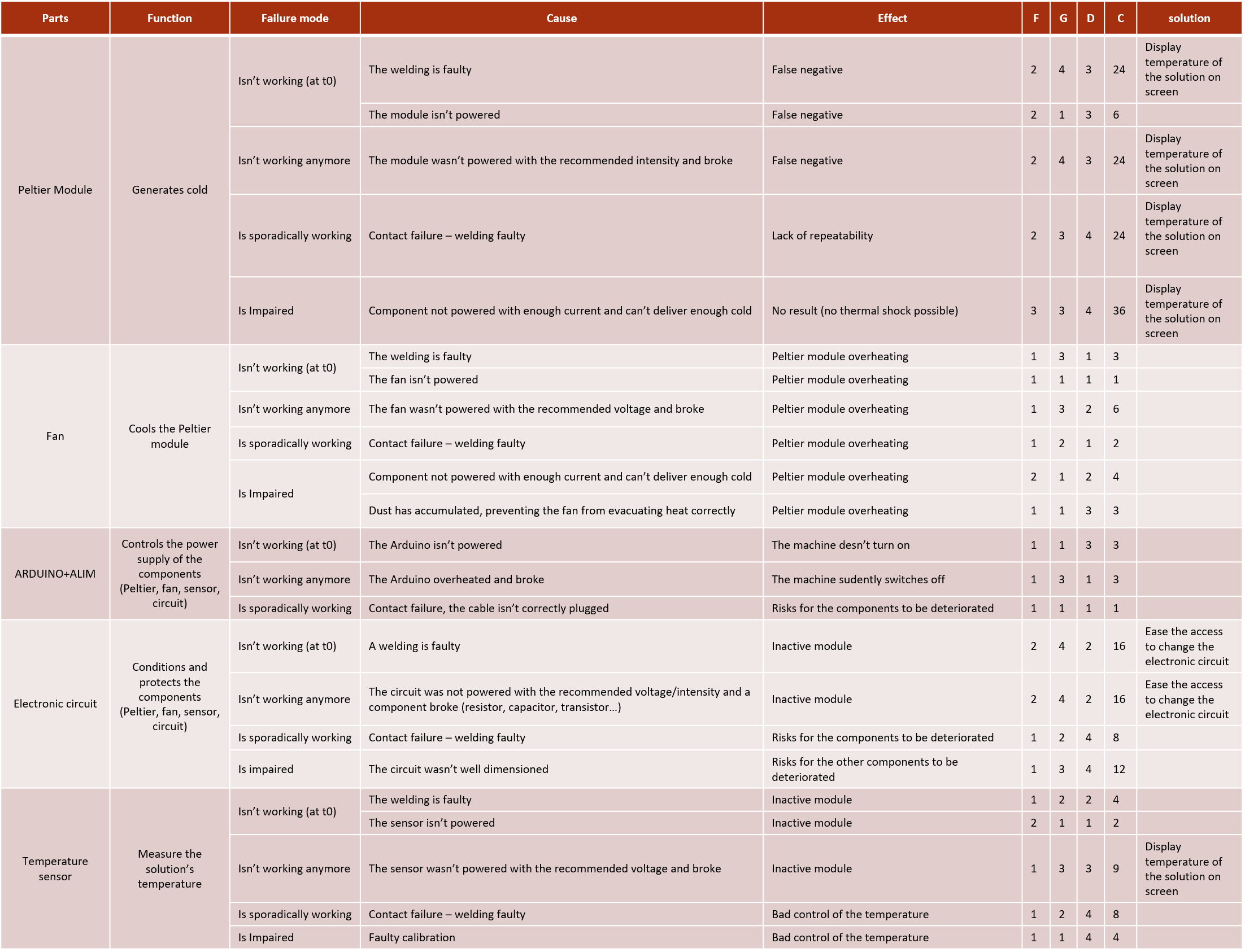 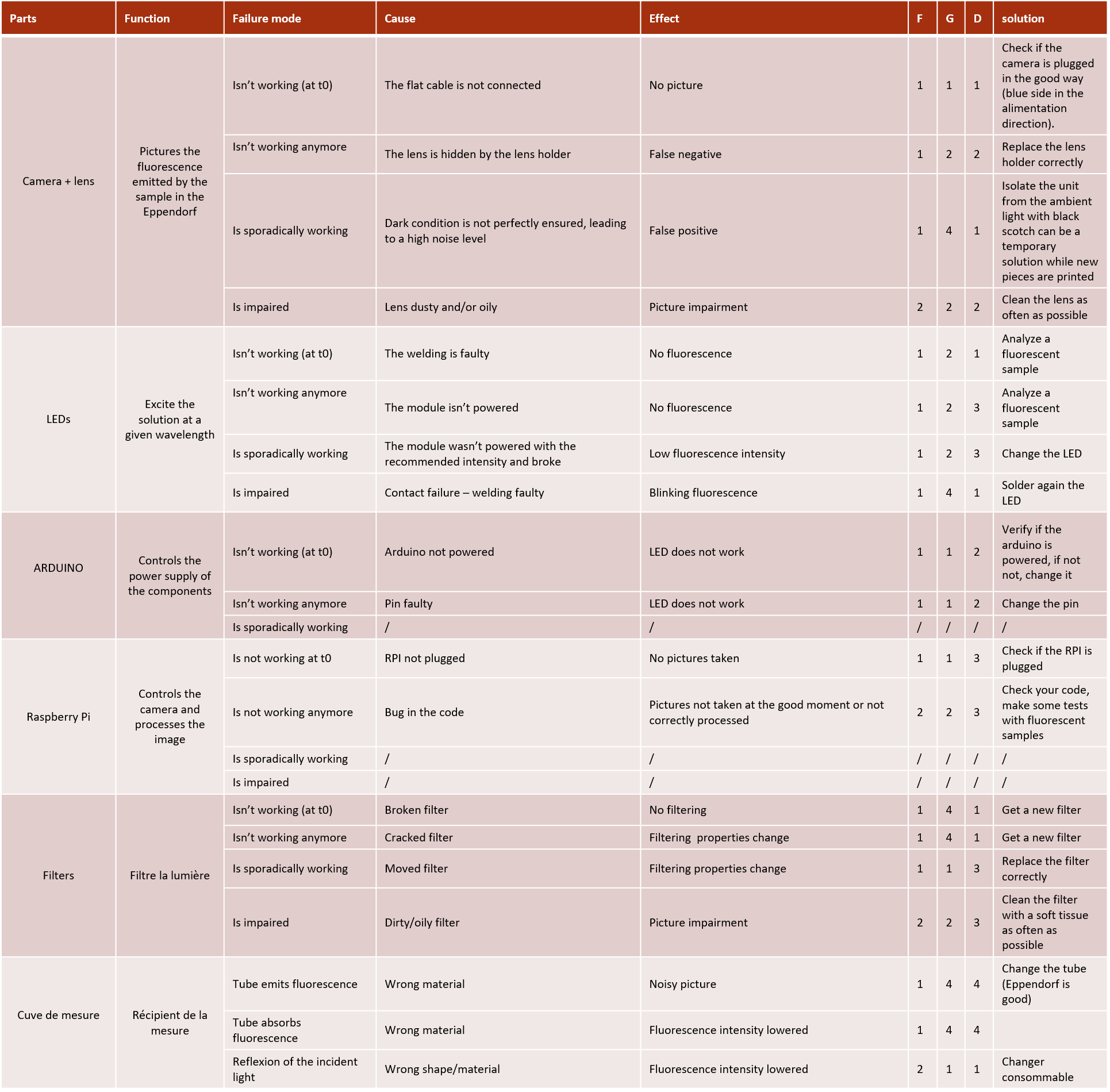 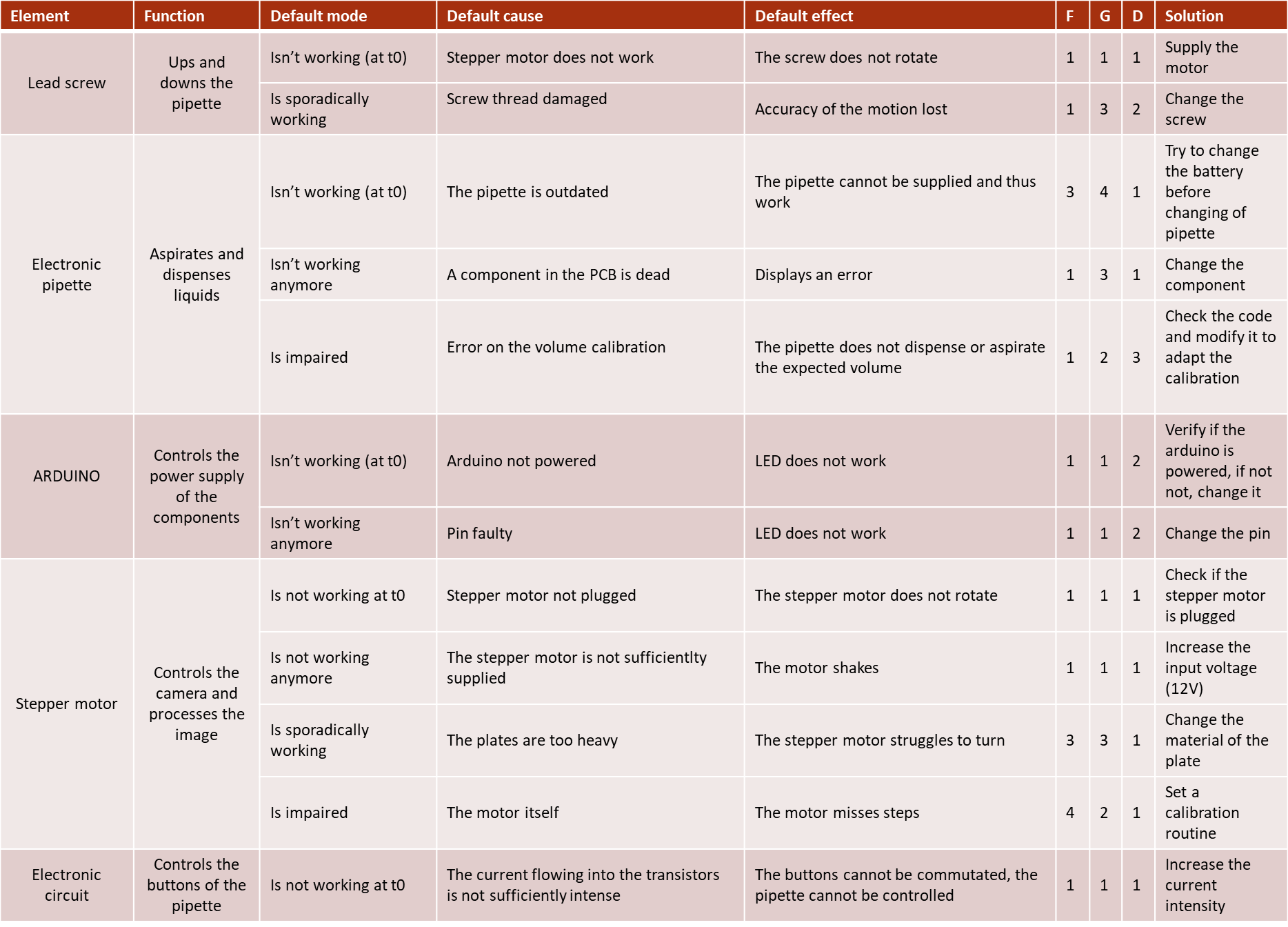 Failure Mode, Effects and Criticality Analysis (FMECA), Concurrent engineering series, 1993, MIL-STD-1629
Also thanks to Mr. Bruno COMMERE, working at TRIXELL as a R&D project manager who helped us to realize this FMECA study.