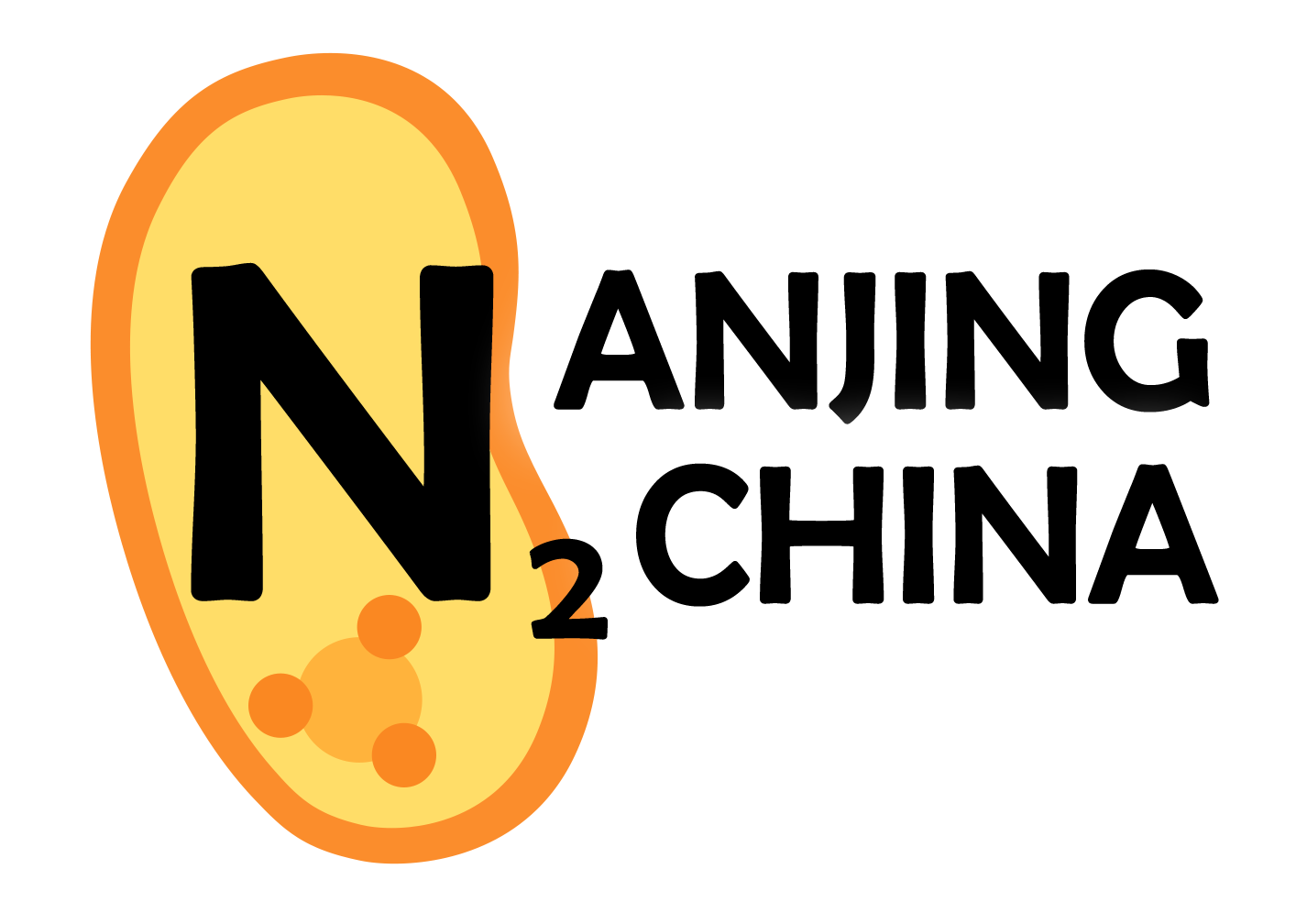 Our team was founded this week! We met and communicated with each other. Through our team leader’s presentation, we knew iGEM a lot. Each member was assigned his/her mission in the team.

We broadly read paper and brainstormed this year’s project. At first we came up with several different ideas, later we reached an agreement that the most interesting and meaningful one was about nitrogen fixation.

We distributed brochures about our project at NJU.

Having learned of the dearth of efficient and affordable fertilizer, we spared no effort to seek a cost effective nitrogen fixation method. Inspired by our previous work(Nanjing-China 2016), we creatively proposed an idea of “whole-cell photocatalytic nitrogen fixation”.

We held conferences with Nanjing Agricultural University and China Pharmaceutical University to share experiences of being iGEMers.

Wet Lab: Having confirmed the theme of our project, we began to work on our design. We read latest papers about biological nitrogen fixation, focused on the method sections and discussed what we didn’t understand in details. During the last week of this month, we worked out the first version of our design.

Dry lab: We communicated and exchanged ideas frequently in order to identify possible modeling directions which could provide useful guidance to our wet experiments. Later we proposed a few directions. The idea of developing homologous modeling of nitrogenase didn’t work successfully because we couldn’t get access to relevant software.

We planned to investigate the current production of nitrogenous fertilizer so we prepared interview questions and contacted Yantai Wuzhou Feng Fertilizer Plant. Then we went there, met the manager and were shown around the factories. We communicated with the technical R&D personnel and realized the big challenge we had to overcome before putting our project into practical application.

Wet lab: We measured the transcriptional activity of nif promoter. Then we transformed the plasmid pUC57 containing the nif cluster and the fusion protein expression plasmid including E. coli outer membrane protein OmpA and the PbrR protein into E. coli strain JM109. Besides, based on our Human Practice, we modified our design by adding Cd2+ toxicity test to it.

We invited Professor Haoqian Zhang and held a meet up with iGEM teams in Nanjing.

We were interviewed by Nanjing University Student Career Guidance Center. The Wechat Push introducing our team was issued on the public account “ NJU Employment”.

We borrowed the No.5 plasmid in the InterLab kit to team AHUT.

We improved our part to make it easier to operate.

We attended the 5th Conference of China iGEMer Community at Shanghai Tech University to demonstrate our project to all teams in China and learn from each other.

We communicated with two members of iGEM USTC.

Wet lab: We conducted TEM-EDX analysis and UV-vis scanning. Then we used methyl viologen to verify the generation of electron. Finally, we successfully biosynthesized CdS semiconductor which could be excited by visible light to generate electrons.

Dry lab: We finally decided to model on the best stoichiometry of nif gene cluster. We looked through many common algorithms and figured out two modeling methods. After further comparison, we finally chose a method similar to greedy algorithm. We drew a flow diagram to describe the core idea of our method and as a reference for programming. Then we programmed with python, debugged our code and received the result.

We performed Language project with IIT Madras and received the finished video a few days later.
We helped another iGEM team, CSU-China to establish their team. We issued our Emoji chanllenge on the official website and received some interesting feedback shortly after that.

Wet lab: Inspired by our Human Practice, we raised an idea of designing a device for the growth of engineered E.coli strain. First we drew a draft on paper and then used the software Solid Works to draw a 3D version draft. Eventually, a real device came out. The device provided a great help to our further experiments because it provided a suitable place for the engineered strain to grow.

Near the end of this month, we performed gas chromatography to detect the amount of acetylene reduced to indirectly test the nitrogen fixation activity of our system. Up to wiki freeze, samples have been sent out and we will receive the result about five days later.

Dry lab: We refined our model by further reading literature and verifying one of our assumptions. In that way, we got a more accurate result. This result provided useful guidance to our further experiments.

The bacterial strains, plasmids and primers used in this study are all listed in Table 1. Escherichia coliJM109 was purchased from Takara and designated EJ. A high-copy plasmid, pUC57-nif (pMB1 ori), harboring the minimal nitrogen fixation gene cluster (nif) of Paenibacillus polymyxa CR1 was chemically synthesized and then transformed into E. coli JM109, and the resulting recombinant was designated EJN. For construction of the second plasmid, pJQ200SK OmpA/PbrR (with a compatible p15A ori), a lab store plasmid pBAD24-OmpA/PbrR was used as the template to PCR-amplify OmpA/PbrR with P200F and P200R primers. After confirmation by sequencing, the PCR product was digested with Kpn I and Hind III and then insert into pJQ200SK to yield pJQ200SK-OmpA/PbrR. EJN transformed with pJQ200SK-OmpA/PbrR was selected from LB agar plates containing appropriate antibiotics, and the resulting strain was designated EJNC.

After harvesting bacteria from LB medium, purification of total RNA was performed using RNAiso Plus reagent (TaKaRa, Japan) following the protocol described by the manufacturer. One microgram of qualified total RNA was subjected to reverse transcription with a PrimeScript RT reagent Kit with gDNA Eraser per the manufacturer’s instructions (TaKaRa, Japan). qRT-PCR of the resulting cDNA was performed with gene-specific primers (Table 1) on a CFX Connect Real-Time PCR Detection System (Bio-Rad, USA) with a SYBR Premix Ex Taq (Tli RNaseH Plus) Kit (TaKaRa, Japan). Standard curves of cDNA dilutions were used to determine the PCR efficiency. An expression data analysis was performed by the Pfaffl method of relative quantification using CFX Manager 3.1 software (Bio-Rad, USA).

The C2H2 reduction method was used to assay nitrogenase activity. EJNC was initially grown overnight in KPM-HN medium and then diluted in 2 mL KPM-LN medium in 20 mL sealed tube to a final OD600 of about 0.3. Air in the tubes was repeatedly evacuated and replaced with argon. After incubation at 37 °C for 6 to 8 h, 2 mL C2H2 was injected. 1 mL of gas was sampled from the gas phase 16 h later and analyzed with a GC-7890B (Agilent, USA) gas chromatograph after appropriate 10-fold serially dilution with nitrogen. Both EJ and EJN severed as controls.

Escherichia coli BL21 containing OmpA-PbrR-PJQ200SK (pBAD33) plasmid was cultured in LB medium to an OD600 of 0.4-0.6. Arabinose and CdCl2 were added to the medium to a final arabinose concentration of 40 μM and a final Cd2+ concentration of 100 μM, to induce the formation of CdS nano semiconductors.From the start of the induction, 5 ml of the bacterial solution was taken from the culture every 6 hours (sampling to 24 hours), centrifuged at 4000 rpm for 2 minutes, and washed three times with water to remove the medium involved in the bacterial surface.The washed bacteria were resuspended in 5 ml of water. OD600 was measured, and the bacteria were collected by centrifugation.3 ml of concentrated nitric acid was added and the mixture was digested overnight at 90 °C.The Cd2+ content in the sample was measured using ICP-MS.

Multiple groups of LB medium were prepared, and arabinose with a final concentration of 40 μM and different amounts of CdCl2 were added to the medium to form a Cd2+ gradient of 0,150 μM, 300 μM, 600 μM, and 1000 μM.E. coli BL21 containing the OmpA-PbrR-PJQ200SK (pBAD33) plasmid and plasmid-free E. coli BL21 (control) were cultured in different media.The OD600 value was measured every 2 hours and measured for 12 hours.

After the Cd2+ adsorption induction was completed, the bacteria were collected by centrifugation and resuspended in ultrapure water. Samples were sent for TEM image acquisition.The thick carbon film (20 to 30 nm) on the copper grid was immersed in the bacteria solution for 1 second before imaging, dried under atmospheric conditions, and then imaged using TEM. At the same time, the EDX system (EDAX, AMETEK) was attached to the microscope for elemental analysis. All TEM images were imaged using a JEOL JEM-2100 electron microscope at an acceleration bias of 200 kV.

The photocatalytic MV2+ reduction assay was performed using a 10-mm quartz cuvette with a cap and a light source(350-W Xe lamp). E.coli cells containing biosynthesized CdS nanoparticles were harvested from LB medium by centrifugation (4000 rpm for 10 min). The reaction system consisted of the same amounts of different semiconductors [TiO2 anatase (10) and synthesized free CdS nanoparticles (29)] and 3ml of 100 mM tris-HCl(PH 7), 150mM NaCl, 5% glycerol, 100mM ascorbic acid, and 5mM MV2+ in the quartz cuvette. O2 was removed by bubbling N2 into the solution for 30 min. The reaction was initiated by light irradiation and stopped by centrifugation and separation of E.coli-CdS nanoparticles from the MV buffer. The absorption spectra were immediately measured after centrifugation (1000g for 1 min). The amount of reduced MV2+(MV+) that formed was calculated by monitoring the OD605 using the molar conversion coefficient ɛ=1.3 × 104 M-1 cm-1.