What is four revolution? 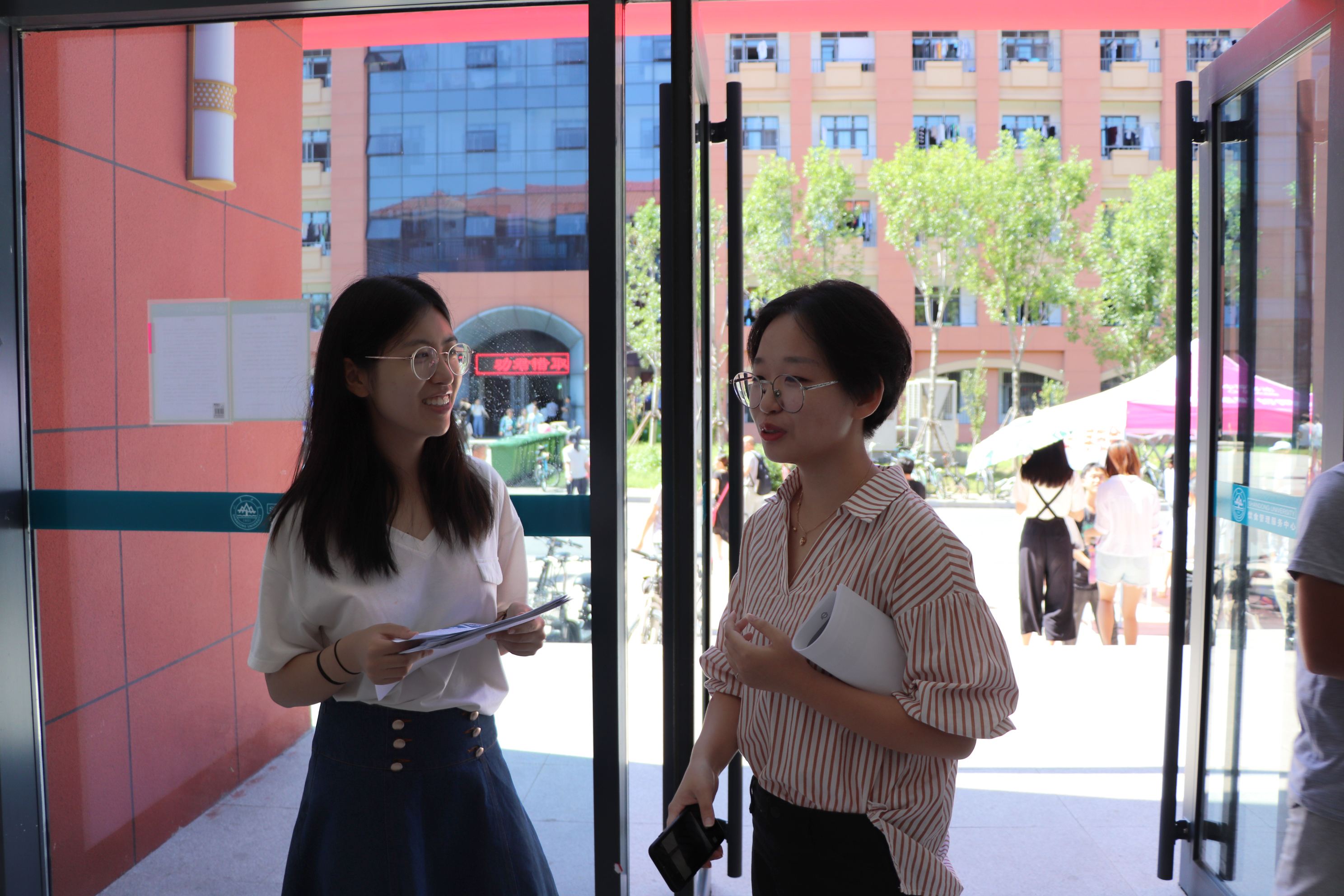 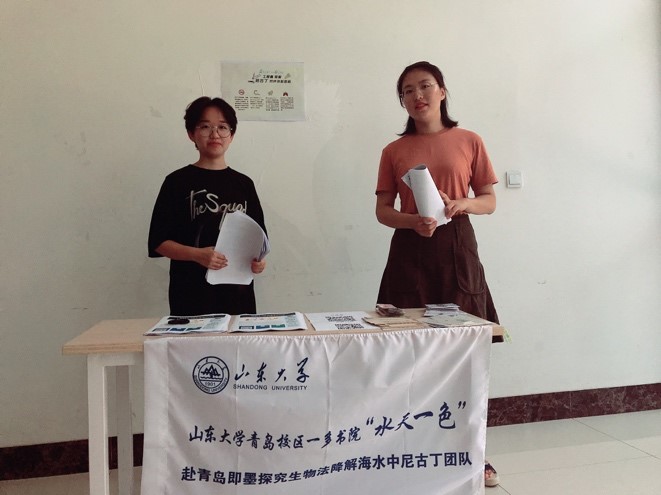 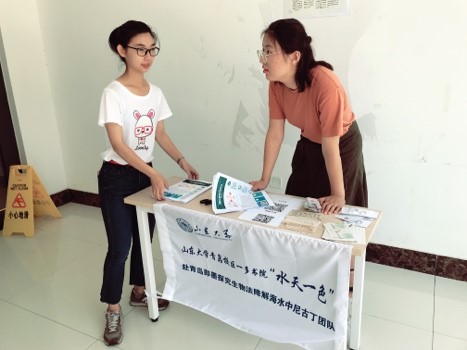 SKLMT-China originally tends to focus the topic on degrading the harmful substances which can be seen everywhere, then we choose nicotine.In order to acknowledge the acceptance degree of the public about our project(degrading the nicotine)and engineering bacteria, we distributed questionnaires though different ways，like Wechat, leaflets, Google and so on. According to our survey, almost 100% respondents believed that our project was meaningful and the nicotine in their living environment was harmful. However, only 53% of them said they would accept that engineering bacteria would be used in their daily life. Rest of the respondents suggested that they still have bias about the engineering bacteria. After analyzing the findings, we held on our original thoughts, the degeneration of nicotine, and also made some supplements---we plan to try our best to ensure the security of our engineering bacteria and do more popular science education during our human practice.

We set up two booths , and distributed leaflets and questionnaires on the booth to explain the principle of the team's “nicotine biodegradation law” for the people who came to consult. The age of the propaganda object was evenly distributed. For those who were full of non-biological fields, we had an easy-to-understand explanation, focusing on the safety of our project, so that they could correctly consider the true usage of engineering bacteria. For undergraduate graduate students and teachers with relevant knowledge bases, we briefly explained the main technologies applied in our projects, deepening their understanding of our projects and seeking their opinions. 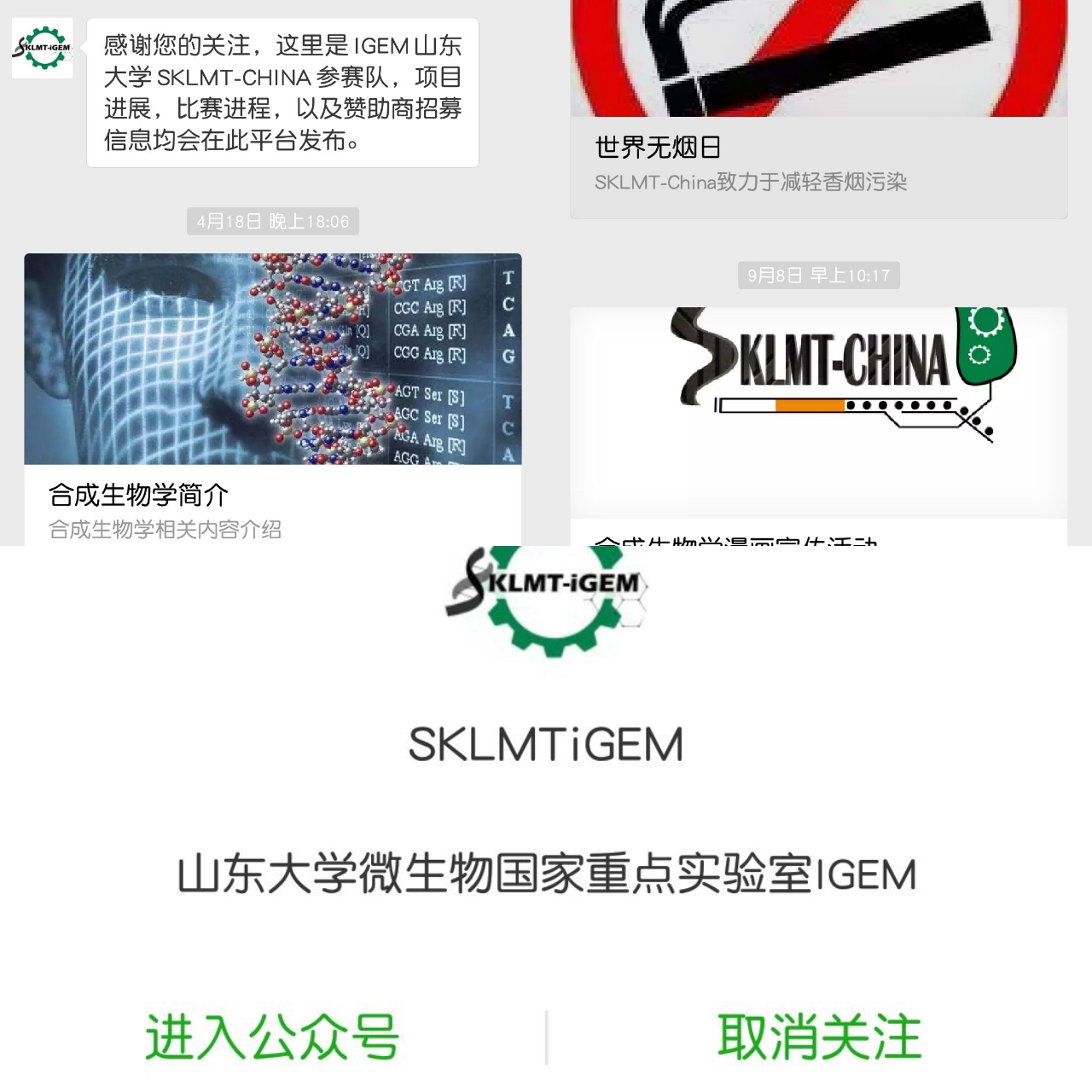 Since the beginning of the project, our team has run a WeChat public account to conduct online surveys, popular science, and game tracking records, and kept updating. We used the WeChat public account to release the news that we wanted to carry out offline activities in advance to attract more people to participate in the scene. Only when we made the number of proposers and respondents as much as possible, could we summarize enough data and make our projects more perfect. 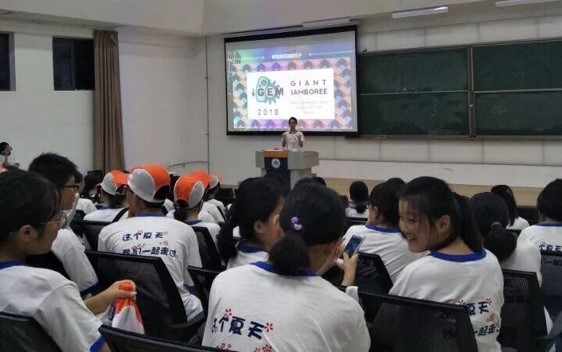 We have been aimed at helping students learn about biology and synthetic biology who were studying in primary schools and middle schools located in remote districts. And we did a good job. In July 2018, we reached out to middle school students initially. We called students coming from Heze Zhoulou middle school and held lectures about synthetic biology and the project of SKLMT China in Shandong University. We discussed about the hidden danger and the potential of engineering bacteria that we were assembling. Before they left, we welcomed their advice.We had a great time with these students. During the lecture, we received a amount of advice and questions from them. Then we got to Baima primary school in Yulin, Guangxi province and have classes with local students. Yulin is isolated from developed region of China. Compared to their peers in other cities, they have low education. By having free lessons given by us, local students had better understand of biology. Moreover the concept of genetic biology and synthetic biology were also introduced to them in plain verse. 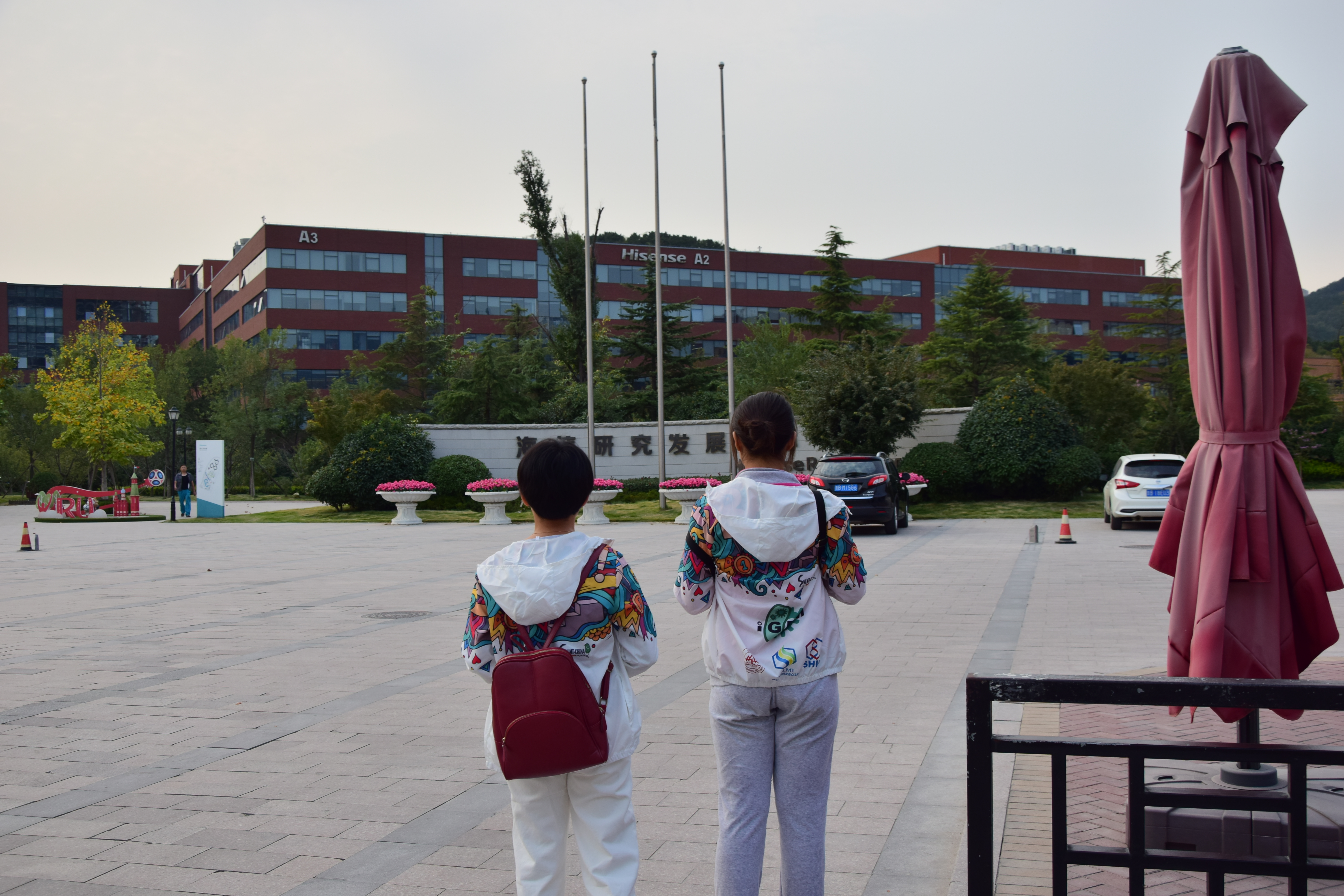 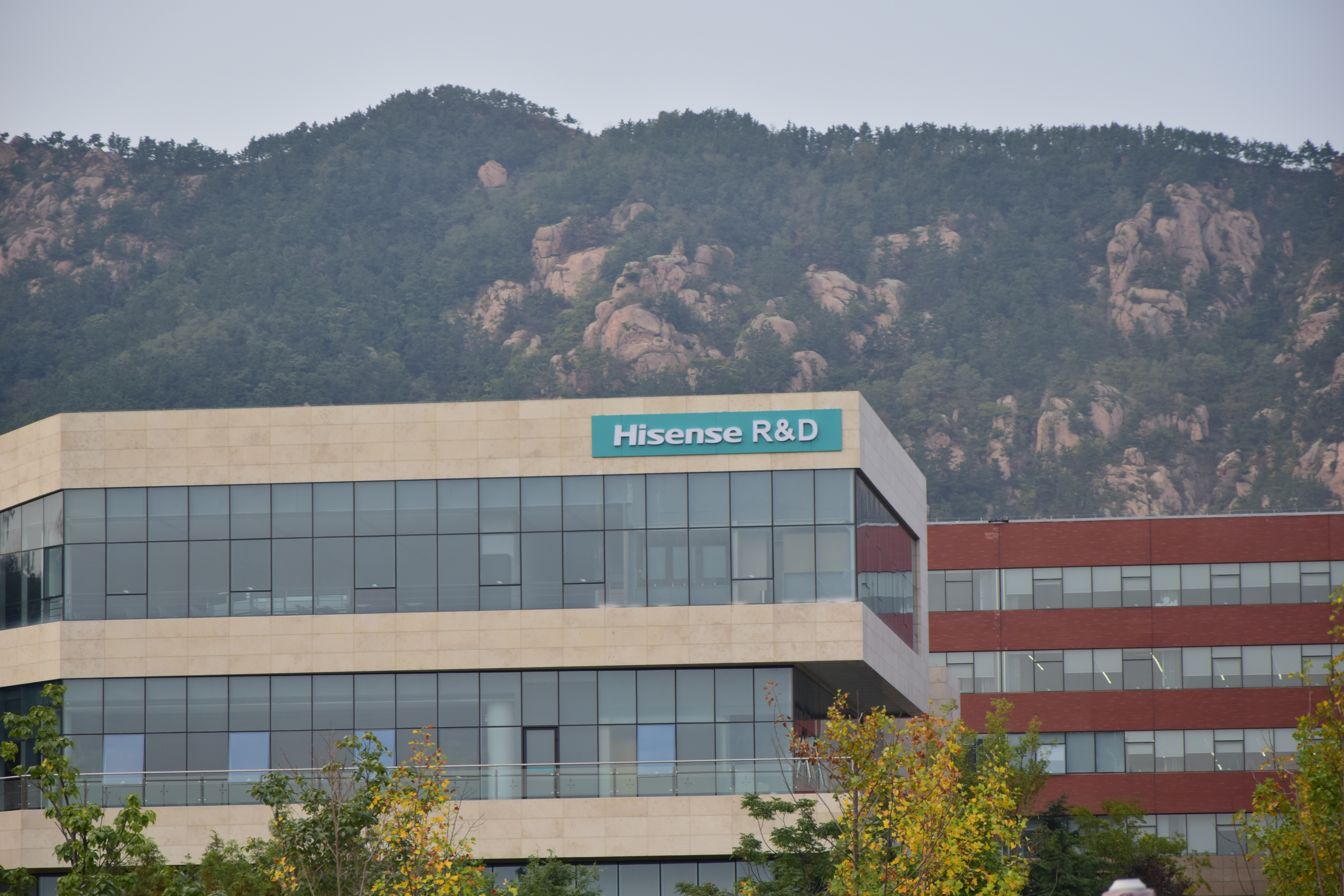 After we extensively publicized our projects, we wanted to combine our project with daily life and into the public life deeply, cigarette pollution came into our sight. Cigarette pollution exists in our daily life, each person more or less exposed to a second-hand cigarette every day, nicotine can cause harm to humans and pollute the environment. SKLMT-China visited the air purifier company Hisense. The manager told the team that actually most air purifiers used physical technologies such as negative ion technique to remove pollutants and kill bacteria. When we explained our ideas to him, the manager thought it’s not suitable to put engineering bacteria into the air purifier and it’s difficult of nicotine to concentrate. We learned a lot and we had to promote our project. 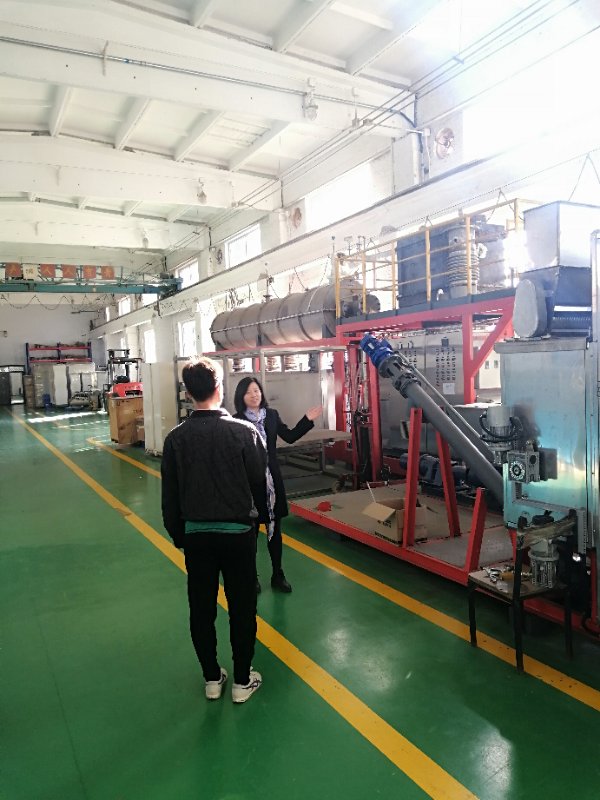 In summer, SKLMT-China connected the vice manager Mr. Wang in Beijing WEIGUAN Environmental Technology Companies. He showed enthusiasm to our project and invited us to visit the companies and factories. Beijing WEIGUAN Environmental Technology Companies did well in the field of producing and selling environmental faculty and was the leader of sludge management. Manager showed our member around the industrial park and explained our questions about environmental questions. One staff told us about the sludge management including dehydration, fermentation and so on. Through this trip our member learned a lot about environmental protection process. 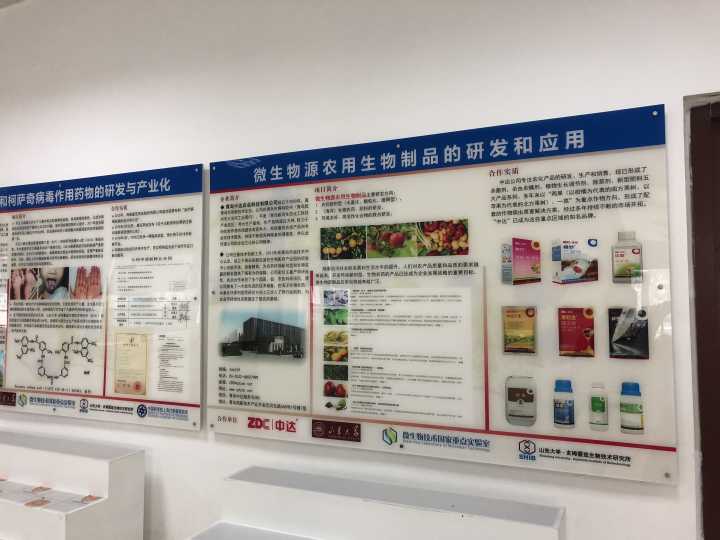 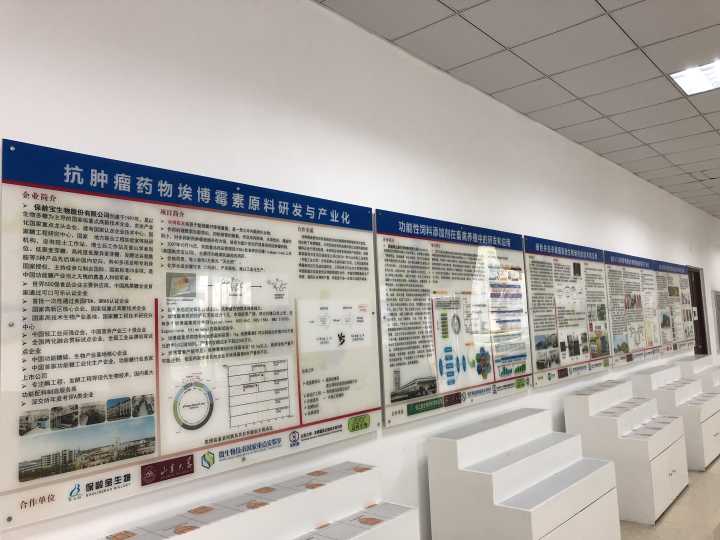 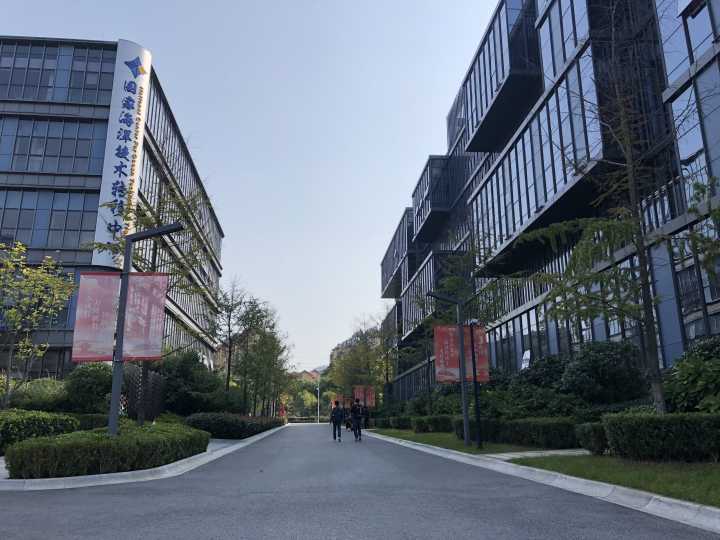 We contacted Dr. Li Zhen in The State Key Laboratory of Microbial Technology and discussed the experimental with him. Dr. Li Zhen's research topic is about the application of Red / Et homologous recombination and gene homologous recombination. He has a good understanding of the scientific principles of our project and supports our work on the engineering bacteria for nicotine degradation. At the same time, Dr. Lee has put forward realistic opinions and scientific treatment methods for the display problems encountered in our experiments. Finally, he hopes to be able to apply his own large fragment gene recombination technology to our project, and contribute to our project. 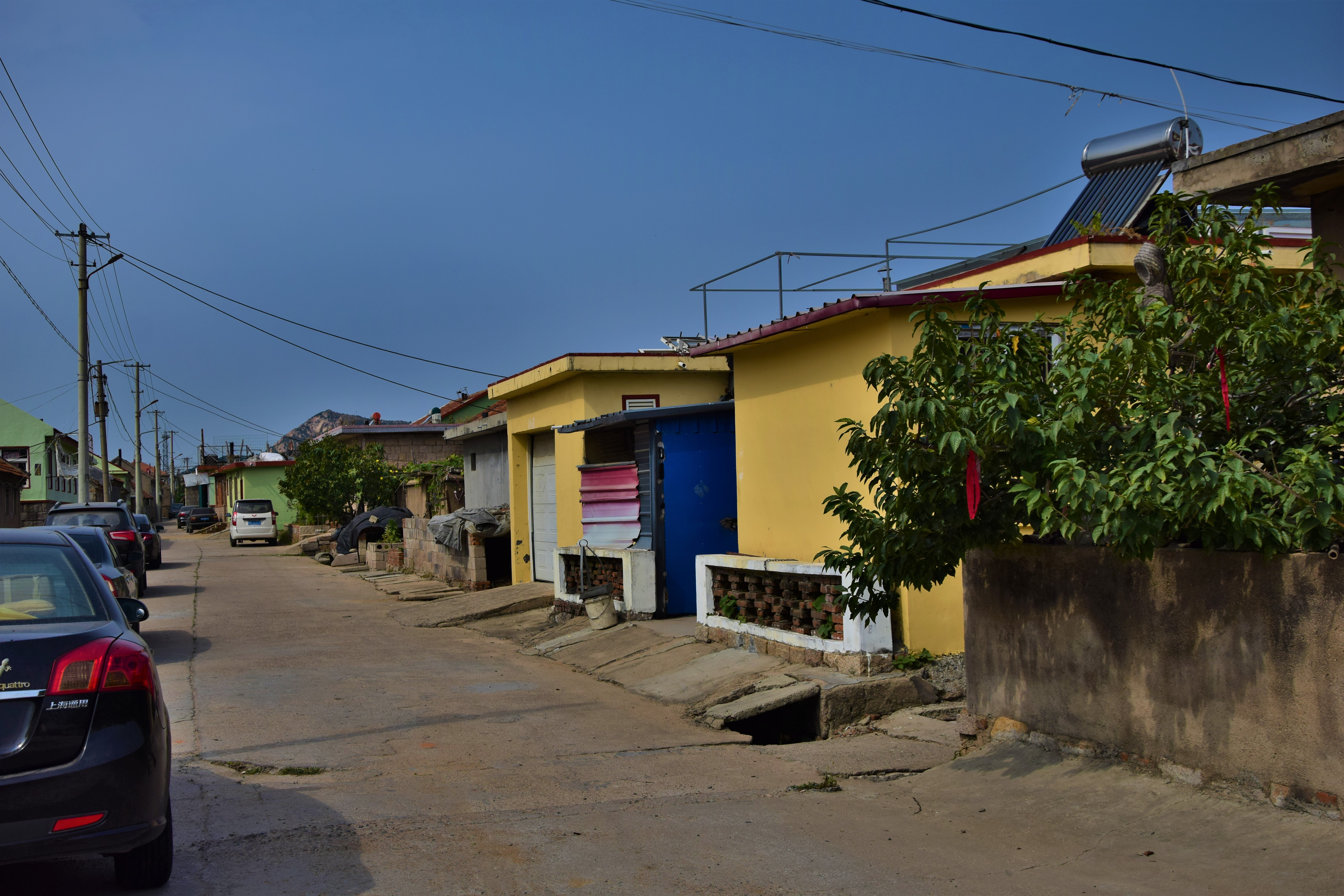 We chose farmers who are related to pesticides and the epa to do the research. First, we selected the villages near the Qingdao campus of Shandong university for sampling survey. As nanli village and dongli village are less dependent on farming as economic source, and songjiazhuang has more farmland, we decided to go to songjiazhuang to look for farmers who can be interviewed. We contacted the village secretary of songjiazhuang and explained our intention to them. The village secretary took our team to look at the farmland of their family. He explained that the use of pesticides in the farmland of farmers is not much now, but still the previous ones, mainly for the removal of dead grass. We asked if we knew that the pesticide contained nicotine. The village secretary said he had only heard about it, but did not know what it was. He also said that the amount of pesticide used, such as imidacloprid, was very small. From this survey, we found that the use of nicotinic insecticides in the surrounding farmland is still low, so there is no obvious harm to the soil ecosystem, so the necessity of elimination is not very great.

Then our IGEM team came to Shandong university from the university of California riverside for a lecture, and we specially consulted the scholar. There are studies on pesticides. He says pesticides are now treated as much as possible, and the toxicity is at a safe level. So pesticides are much less hazardous than they were before, so don't worry too much. The scholar commented that the idea of using engineered bacteria to degrade nicotine is very good, but if the technology is used specifically to deal with nicotine-like pesticides, the application prospect in the market is relatively not good, because the content of nicotine in pesticides is very small and cannot be concentrated in the land. 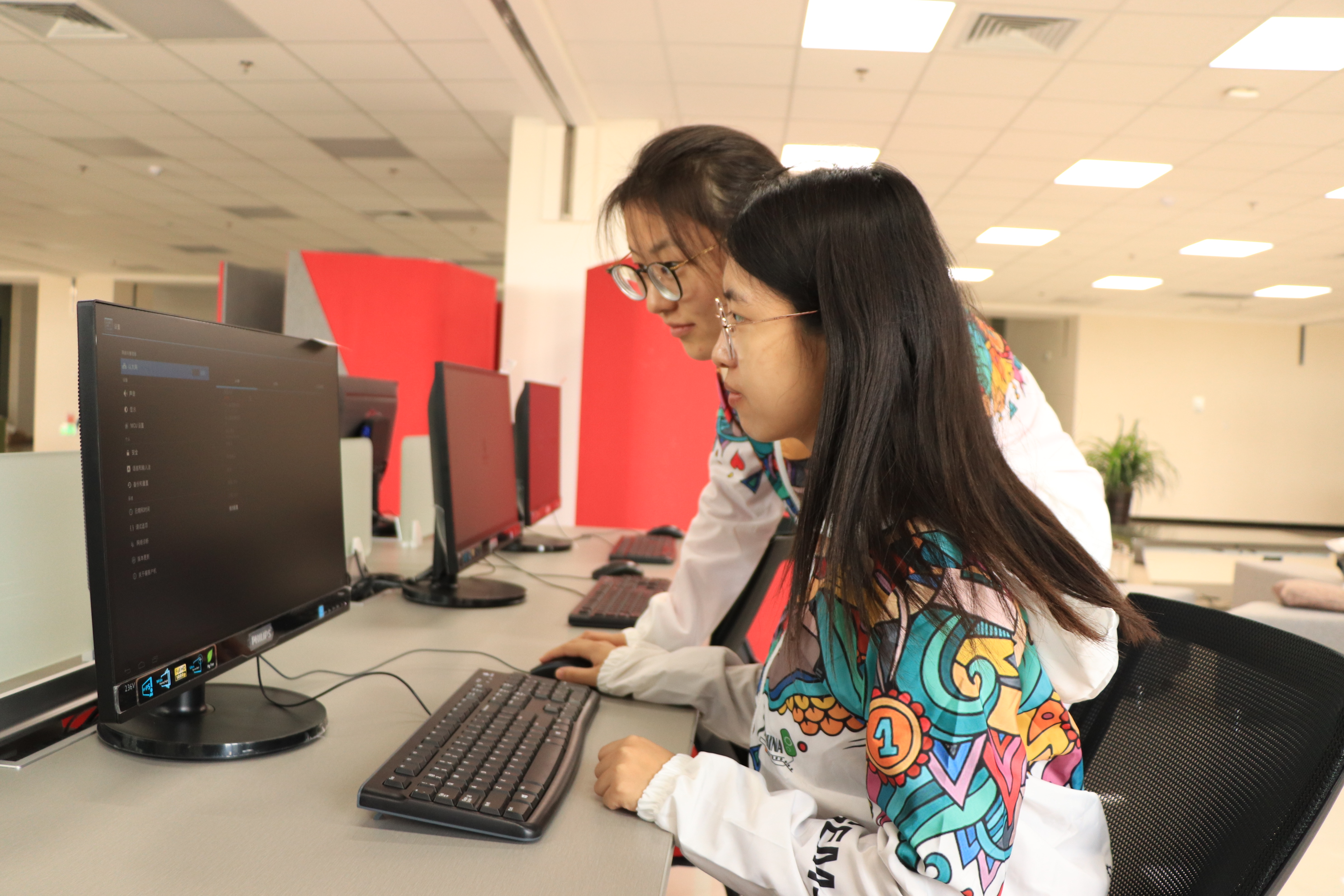 Therefore, we have some doubts about the application direction of degrading saline-alkali pesticides in soil. We plan to look for the national soil quality standards. We checked the soil quality environmental standards issued by the ministry of environmental protection, but found that the domestic authorities did not have the control standards for nicotine in the soil. We asked the law professors and he indicated that the relevant standards for nicotine were not included in the corresponding laws on the environment. 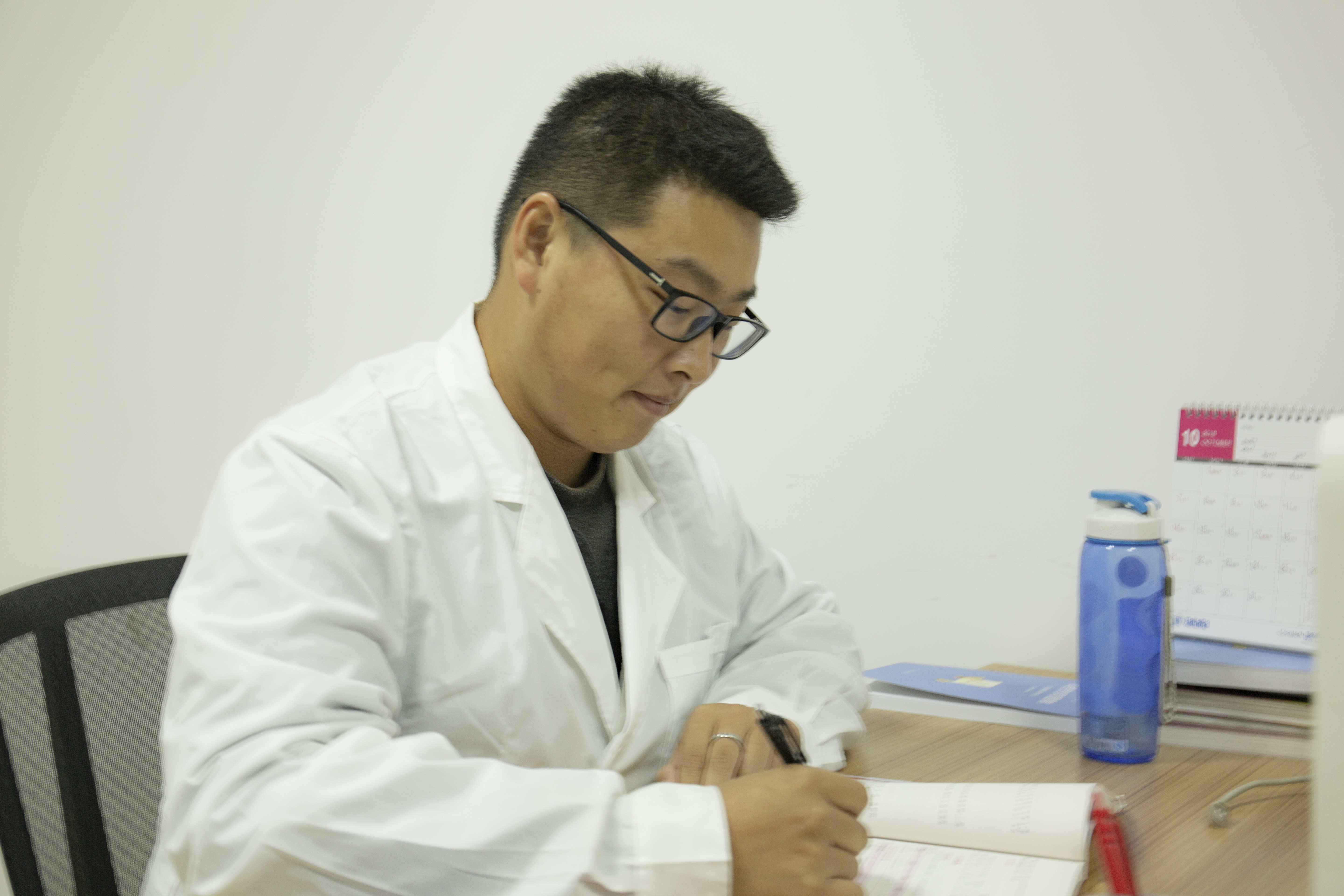 The State Key Laboratory of Microbial Technology is located in the core area of Qingdao Blue Silicon Valley Ventures. It is adjacent to hundreds of biotechnology and related industry companies, providing unique conditions for the development and feedback of our projects. In the later stage of the project, we had a discussion with the R&D staff of Qingdao Deao Biotechnology Co., Ltd. to discuss the advantages and disadvantages of existing biotransformation hosts and the feasibility of using Pseudomonas as an expression chassis.

Miss. Wang said that the existing standardized prokaryotic protein expression system is generally only , because its genetic background is clear, the transformation is thorough, and there are many people studying about it. But as the mammalian symbiotic bacteria, the nutritional and metabolic pathways of are relatively monotonous and its culture conditions are also more stringent. There are some problems in the expression of some proteins and the production of products that are difficult to solve. In comparison, the idea of transforming into a new chassis is interesting because low temperatures contribute to the correct folding of proteins, and a large proportion of belongs to cold-tolerant bacteria, which can be used as hosts to produce some large intestines. Isothermal hosts, like express less ideal proteins. At the same time, has a variety of nutrient types, and its various metabolic pathways can be used to produce substances that cannot be produced by other strains. Therefore, has great application potential in industrial production. The promoter is one of the most important factors regulating the expression level of protein and regulating the flow of mass and energy in the production process. It is a good attempt that we started with the promoter and established a promoter prediction system for . However, our 70 bp promoter sequence is too general. It’s not accurate to the -35,-10 core region like that in , and there is no accurate division of RBS, so we still have much room for improvement. 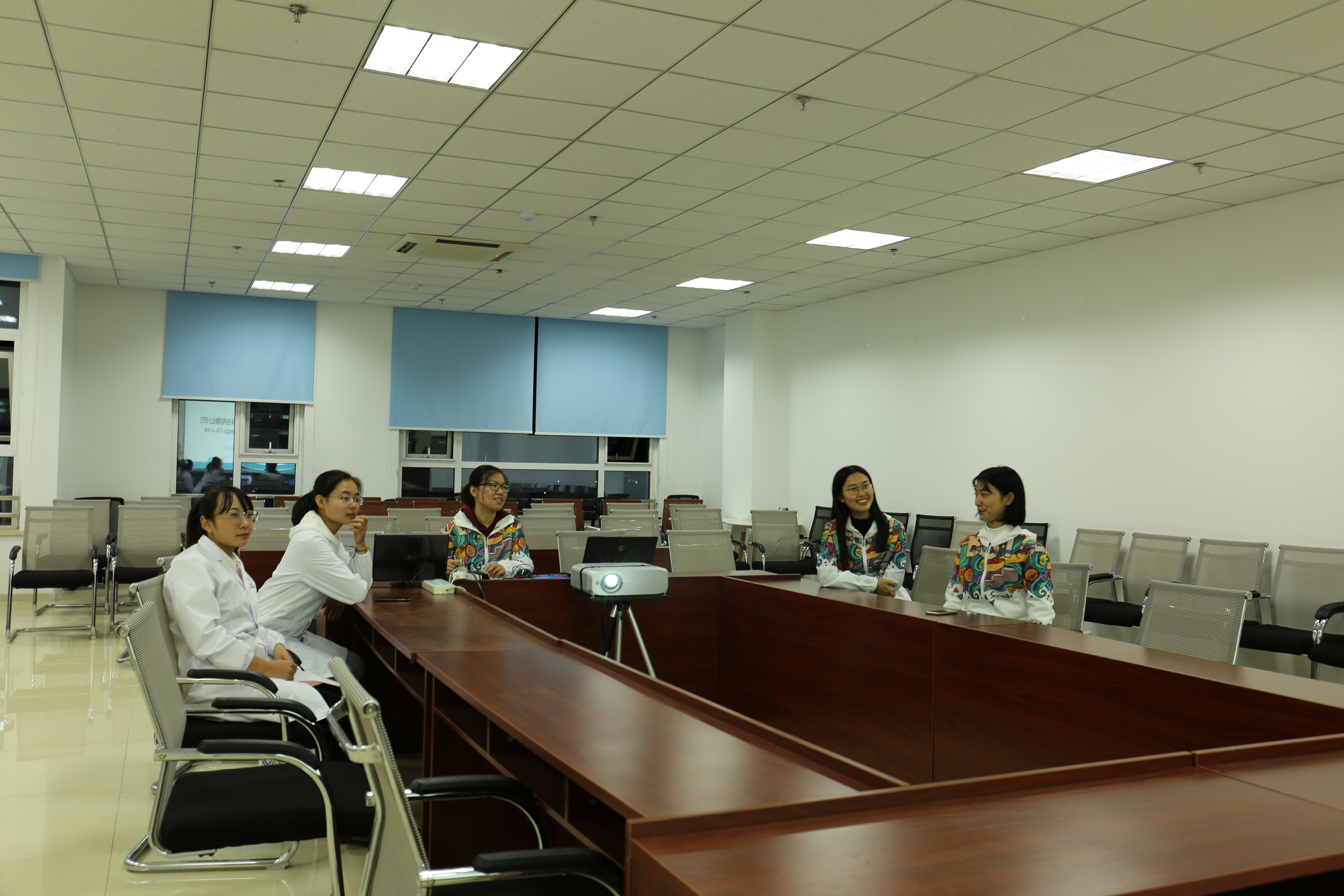 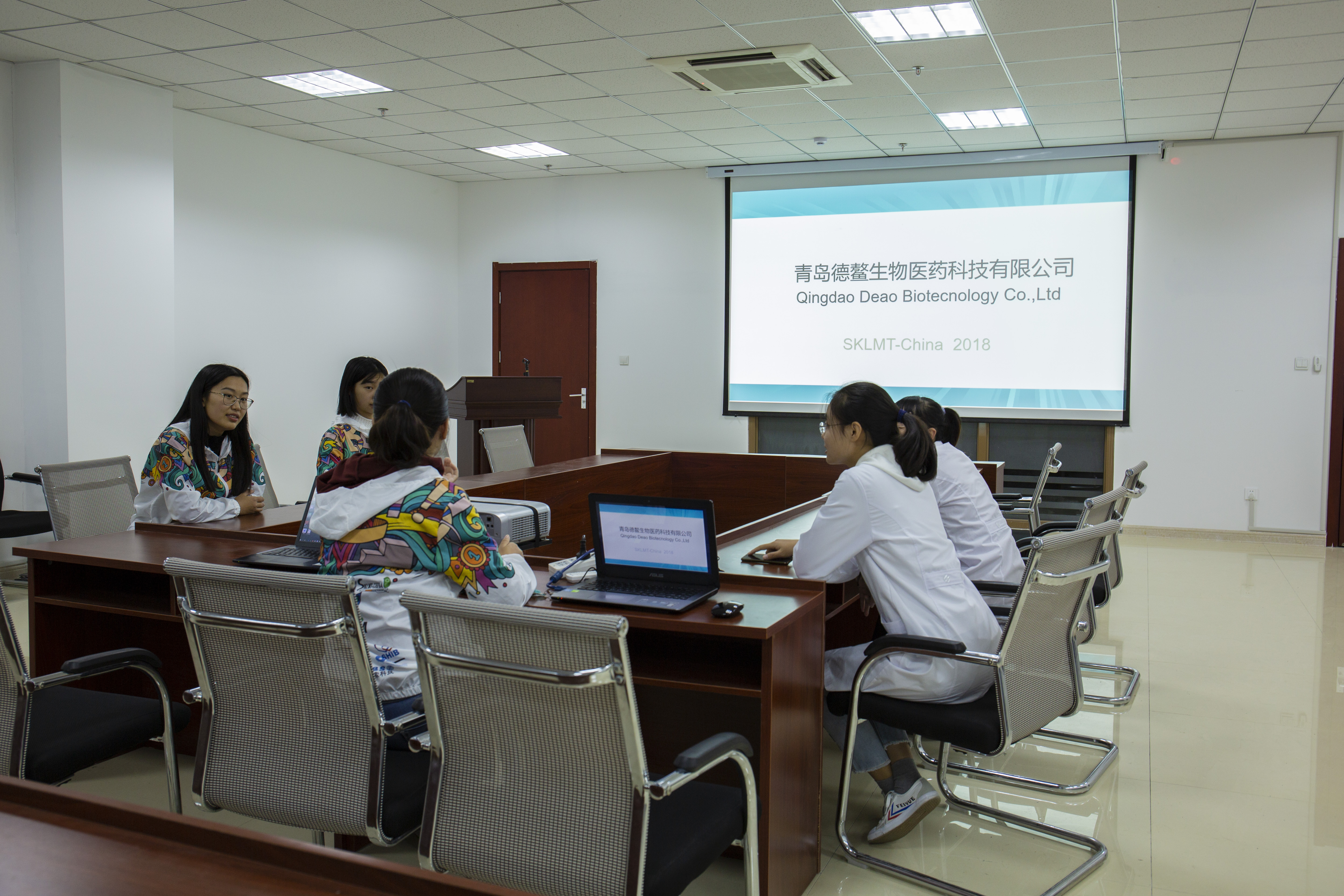 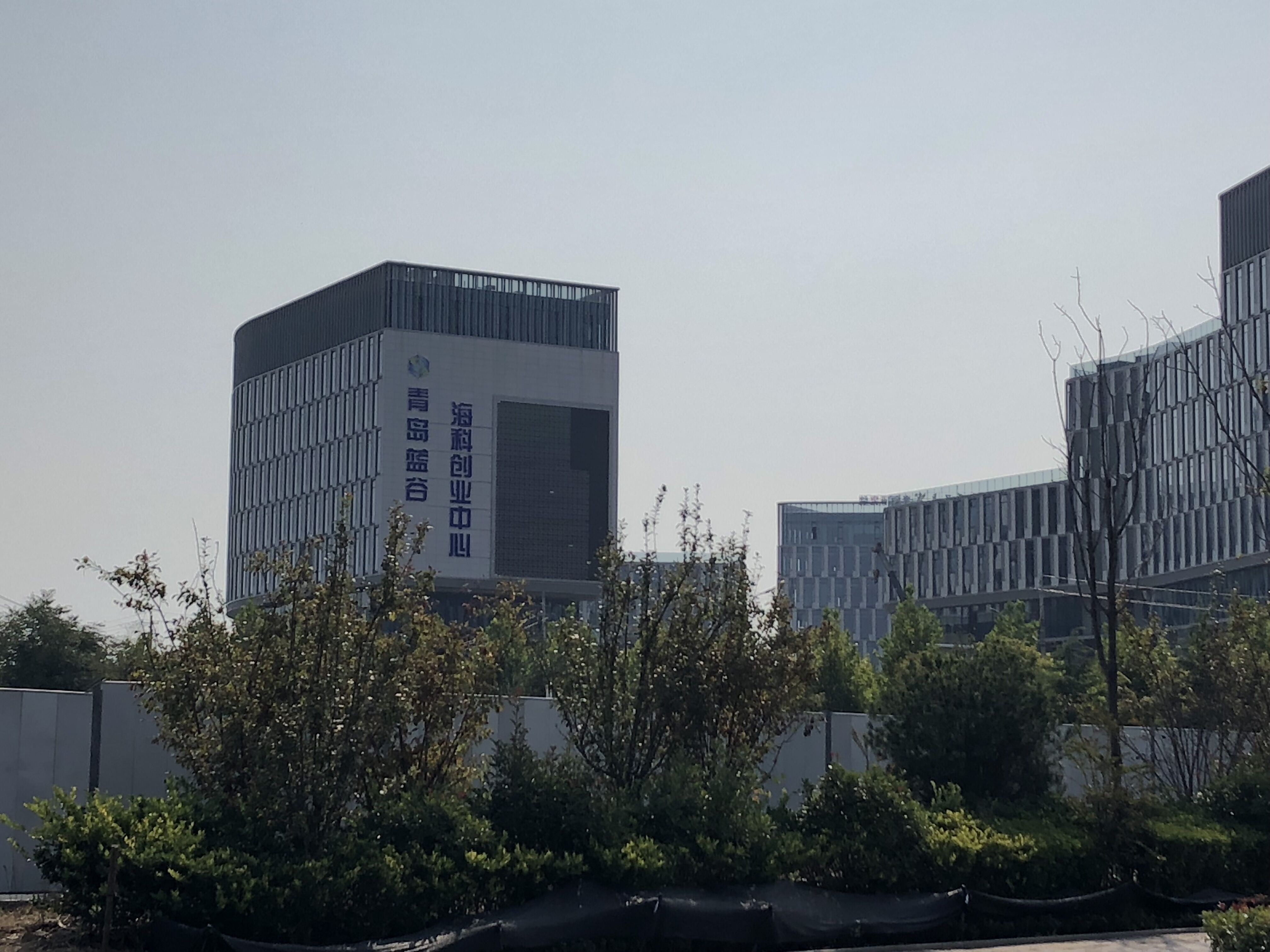 In the later stage of the project, we had a discussion with the R&D staff of Qingdao DEAO Biomedical Technology Co., Ltd. to discuss the advantages and disadvantages of existing biotransformation hosts and the feasibility of using as an expression chassis.