Over the past four years, iGEM has advanced the frontiers of science with the biggest interlaboratory studies ever done in synthetic biology. The goal of the fifth iGEM InterLab Study is to identify and correct the sources of systematic variability in synthetic biology measurements.

This study aim to verify that whether CFUs could take the pace of OD during the exploration about green fluorescence protein’s production and cell growth in E. coli. DH5α cells. If measurements that are taken in different labs are no more variable than measurements taken within the same lab, this study will improve the measurement tools available to both the iGEM community and the synthetic biology community as a whole.

It is a valuable experiment for the development of synthetic biology. So, we decide to participate in this meaningful study.

The transformation was successful for all the plasmids and resulted in a proper amount of colonies on all plates. After that, two colonies from each plate were picked and inoculated in LB medium containing chloramphenicol overnight (approximately 16-18 hours) at 37°C and 220 rpm.

Information about the devices:

LUDOX CL-X (45% colloidal silica suspension) was used as a single point reference to obtain a ratiometric conversion factor which allows us to transform absorbance (Abs600) data into a comparable OD 600 measurement.

It’s necessary for this study. Because, generally, plate readers do not have a 1 cm path length which means that measurements are volume dependent. However, to be convictive, measurements must be transformed to be standard.

By doing so, we obtained following data.

With the Microsphere Stock Solution and the serial dilution of Microspheres prepared, particle standard curve was measured. 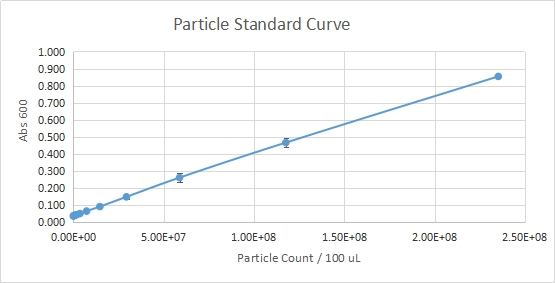 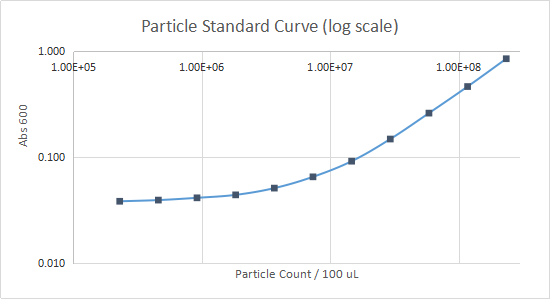 To compare fluorescence output of test devices between teams, a standard curve for fluorescence of Fluorescein was measured. This stand curve is used to correct our cell-based readings to an equivalent Fluorescein concentration. 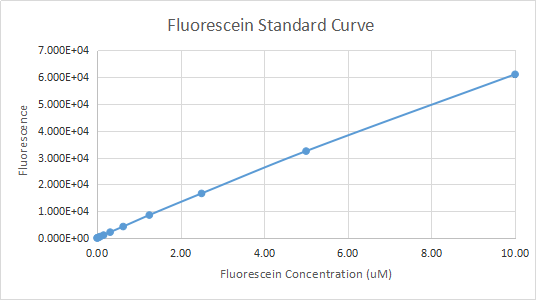 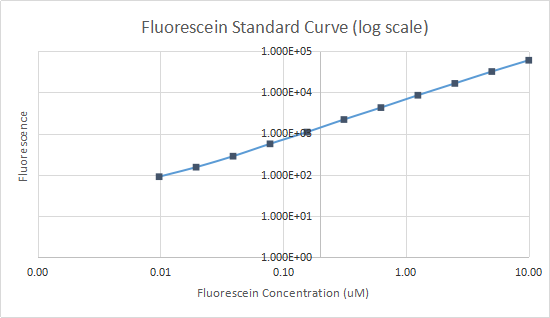 5. Measurement of OD600 and Fluorescence of Transformed Cells 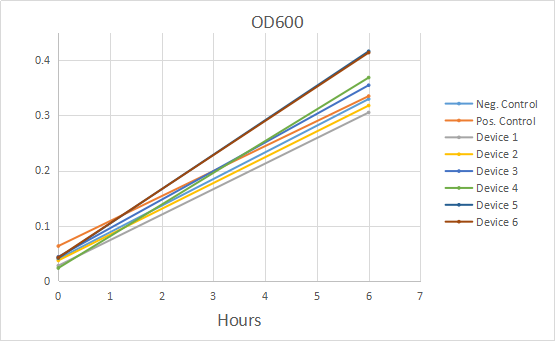 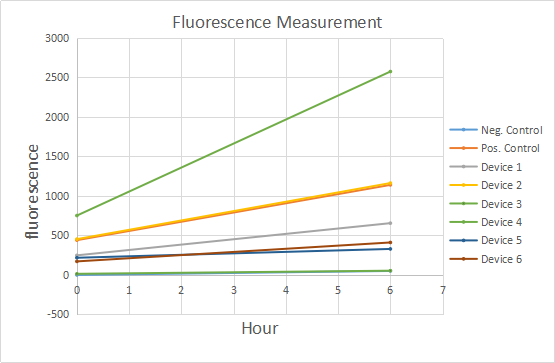 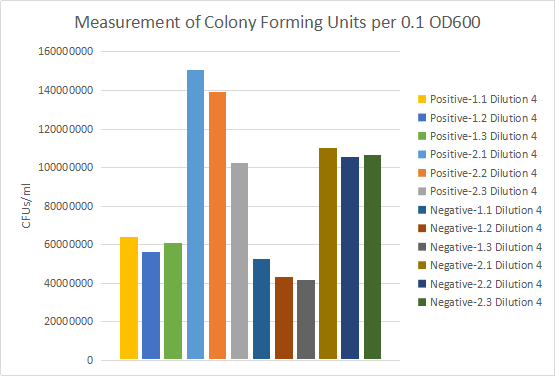 Well, these devise have different data in fluorescence intensity, which helps us to learn about their characters. However, when CFUs of them are concerned about, convictive conclusion is not available in just one lab temporarily. Several factors, like different moisture capacity of plates, different methods in spreading plate, and different time spent in each simple ect. result in different CFUs dates. But, we consider that some conclusion meaningful would be drown with the help of the big data collected all participants.

According to measurements above, 8 test devices all works in E. coli. DH5α cells, but different characters were shown in this interlab study.The OD results tells us that cells with device 4 and cells with device 5 grow happier. As for the fluorescence intensity, device 4 is the strongest member and device 3 is weaker than others.

Inter lab study is successfully finished, which gives us a hand in our experiment design and means a lot for the development of synthetic biology.