After comparing the strengths and weaknesses of Tsynth8 and Tsynth30 (Tmini) in yeast, both demonstrated an increased heterologous protein expression and transcript levels greater than 2-fold compared to the the commonly used TEF1 terminator [1]. However, for use specifically in Y. lipolytica, Tsynth8 showed 3-fold greater protein expression than Tsynth30. Furthermore, Tsynth8 had slightly lower cryptic promoter activity and a lower tendency for transcript read-through, which would signal an insufficient transcript termination. Most significantly, Tsynth8 could be ordered as a sequence from IDT; whereas Tsynth30, with it’s extended TA efficiency region, could not.

To confirm that the terminator Tsynth8 did in fact have more protein expression in Y. lipolytica, were replicated the experiment stated above. Tsynth8 should have 3-fold protein expression in Y. lipolytica. We inoculated Y. lipolytica with the terminator plasmids that had the gene hrGFP regulated by the following terminators: Tsynth8, Tsynth30, TEF1. These plasmids are the same exact plasmids that were used in the paper: Short Synthetic Terminators for Improved Heterologous Gene Expression in Yeast. Once inoculated, the cultures were diluted to accomplish the same OD600, and then every 2 hours their OD600 and fluorescence levels via nanodrop were taken. Our data for time versus OD600 can be seen in Fig.1, and the time vs fluorescence can be seen in Fig.2. This proves that Curran et al. paper is correct in that their is more protein expression but not at the 3 fold rate as he suggested. 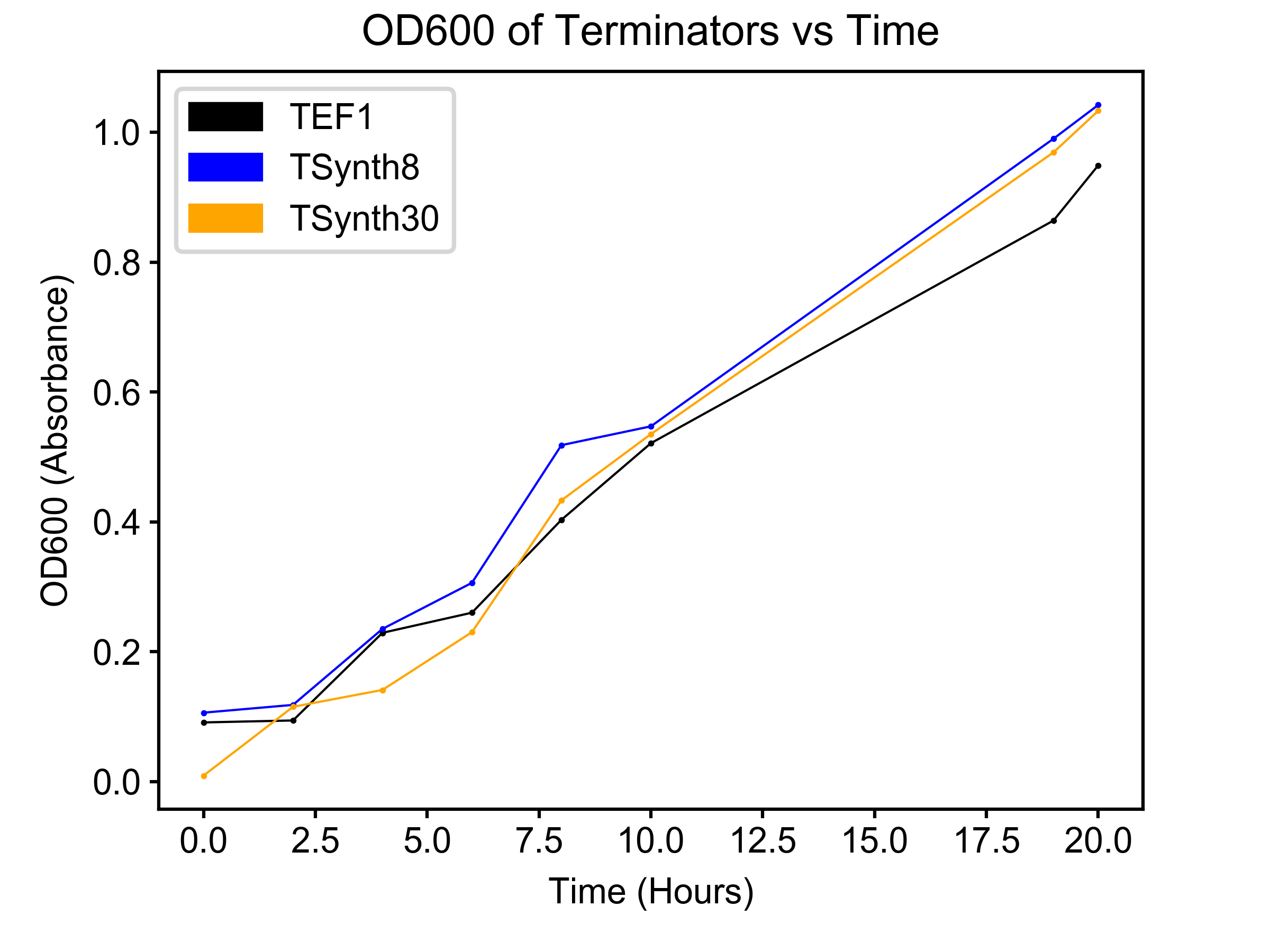 Figure 1: This is a graph of our OD600 vs. time in hours. This shows that the liquid culture which started at all relatively the same OD600 of 0.010 grew at the same rate. 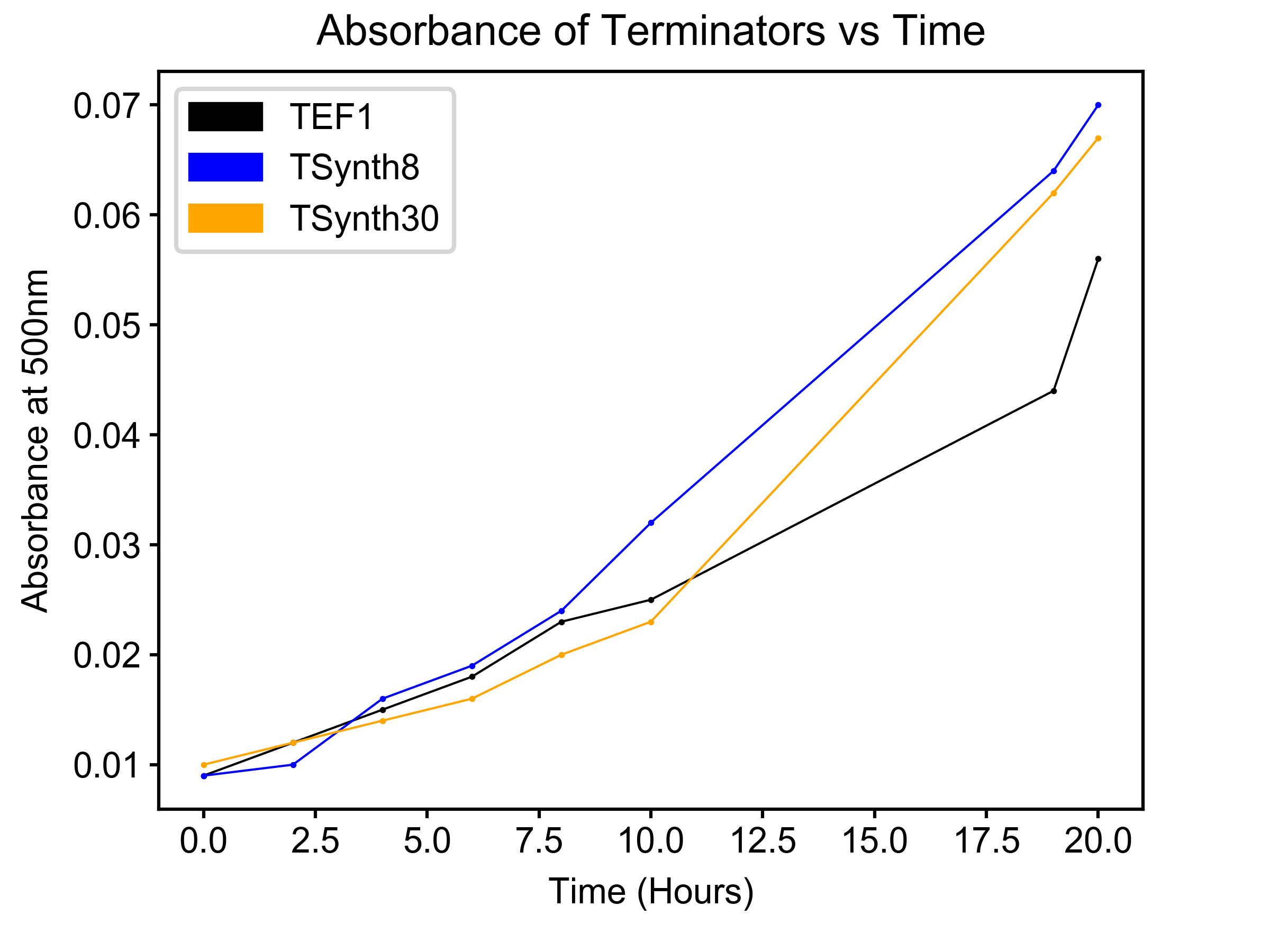 Figure 2: This is a graph of the fluorescence under UV light vs. time in hours. This shows that Tsynth8 is better at fluorescing at almost all points vs Tsynth30 and TEF1.