A big part of synthetic biology is to detect and eliminate the huge differences one can get while doing the same types of experiments across different labs. Without being able to recreate and compare results as if they all where performed in the same lab, one still can not completely rely on others results, which makes further researching and comparing of data difficult. A big part of the iGEM competition over the last years was the Interlab study. This project is created in a way that different teams across the world can recreate the same lab experiments and then be able to compare the similarities or differences that might arise during the procedure. This year’s Interlab is focusing on the reliability of cell counting methods to detect the variability that may occur during fluorescence measurements.

A plate reader is an instrument that allows us to detect biological matter by measuring light that is emitted by the substrate (1). For the purpose of the study we want to be able to measure the cell density by using bacteria that has the ability to fluoresce and compare the results by plating them out and counting the amount of CFU (colony forming units) instead of relying on OD. Each team is distributed a plate kit with eight different plasmids. Each of them contain differing ability to express GFP. These plasmids were each transformed into DH5-alpha Escherichia coli cells, which were then able to express GFP. When the protein GFP is exposed to ultraviolet light it emits fluorescence that can be measured by light detecting instruments like a plate reader (2).

The eight plasmids distributed were:

The differences in the promoter strengths will be reflected in the measurement in the plate reader, but this has been a more important comparison in earlier Interlab studies.

The individual devices where all transformed into separate DH5-alpha cells and incubated on petri dishes with LB agar and chloramphenicol overnight. From each plate we made an overnight culture of 2 colonies (16 overnight cultures in total). We diluted these cultures to an Abs600=0.02. 500 µl was taken out of the cultures and stored on ice. These samples were used for t=0 h. The rest of the culture was incubated at 37o C for 6 hours. This culture marked the 6 hour ending point. Fluorescence was then measured for both t=0 h and t=6 h time points.

We used three replicates of the positive and negative devices at t=0 h for a further dilution of an OD600=0.1. These triplicates were used for a dilution series where the last three dilutions where plated (dilution with dilution factors 8x104, 8x105 and 8x106 where used). The colonies on these plates were counted and CFU/ml at an OD600=0.1 where calculated by taking into count the dilution factor. 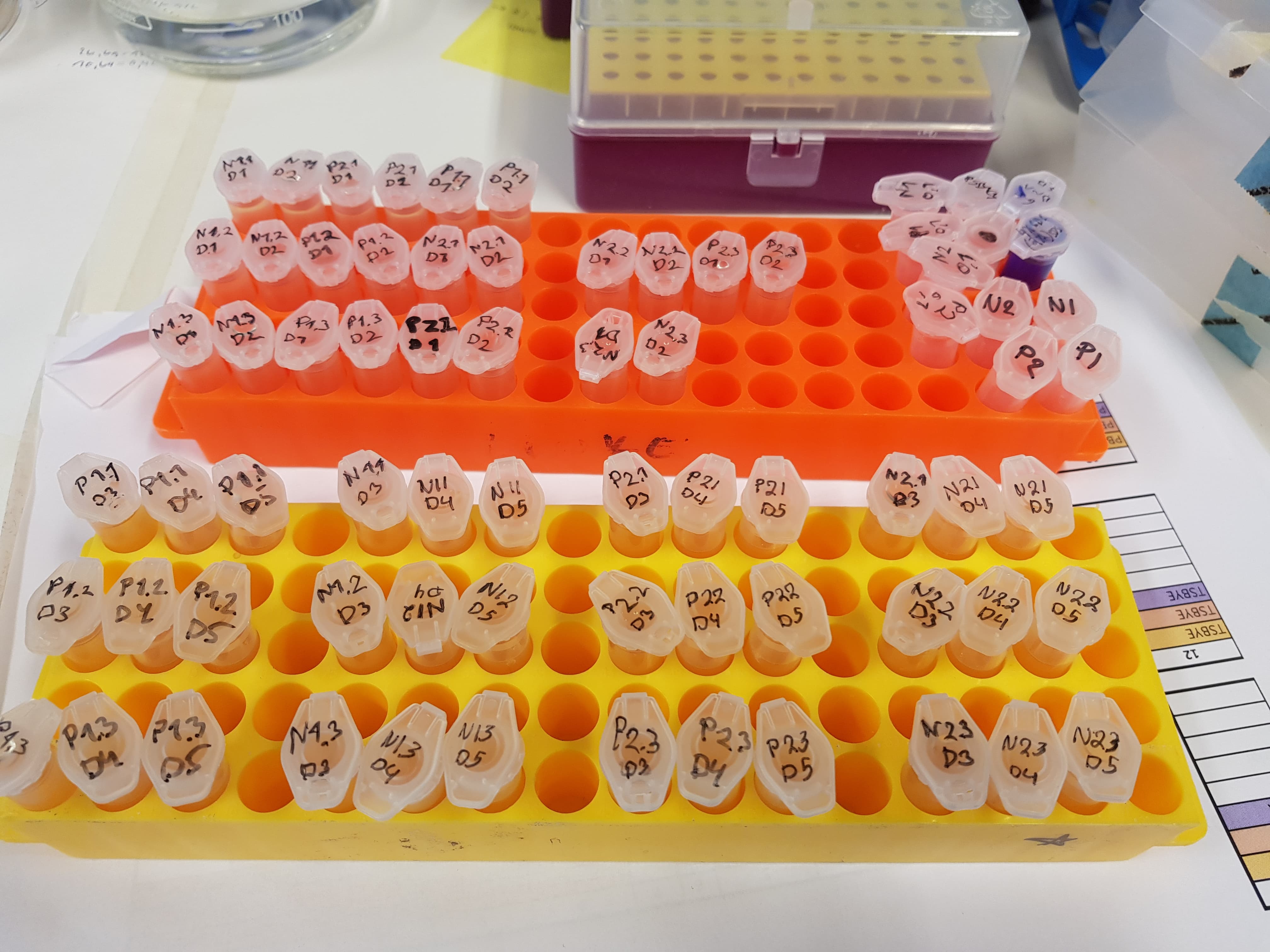 Organization is key to a successful experiment

Feedback for the InterLab study

We enjoyed participating in the InterLab Study, but it was not without problems. Here we share some of our thoughts regarding this years study

Some parts of the general protocol was unclear. A clear, concise list of things to do and materials required would be much appreciated.

Compulsory forms and protocols were not available early on, when there was no other labwork to be done. Late publications may cause the InterLab Study to crash with work on our project.

After submitting the online forms, we were not able to review them after submission. Even though we could not change the content, it would be nice to look back on what we submitted in terms of documentation.