When working on our detection system in the lab, we used different cloning strategies for different purposes. For example, Gibson cloning was used to clone the endo-1,3-β-glucanase and dCas9-reporter constructs into a vector backbone. To generate the different guide RNAs we made use of Golden Gate cloning. The entire team put a lot of time and effort into the laboratory work (Notebook), but not all our cloning attempts ended up being successful. However, we were able to achieve positive and good results in the end.

After using the guide RNA generator from the Peking 2015 team, we verified the constructs by sequencing. RNA was generated with the HiScribe RNA synthesis kit, followed by using a RNA cleanup kit, we were able to produce different guide RNAs. We verified the quality and concentration of the guide RNA using a quBit instrument (Table 1).

The enzyme glucanase is an important part of our detection system, as it catalyzes the hydrolysis of the β-glucan bond in the yeast cell wall, making it easier to lyse the cell and access the DNA. We were not only able to successfully clone the endo-1,3-β-gluanase into the submission vector (Figure 1) and expression vector (Figure 2), but we were also able it induce its expression (Figure 3). Finally, we could also show the glucanase activity in vitro (Figure 4, Figure 5). 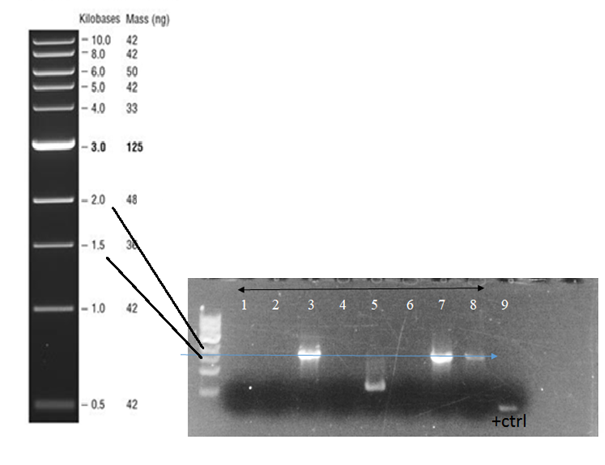 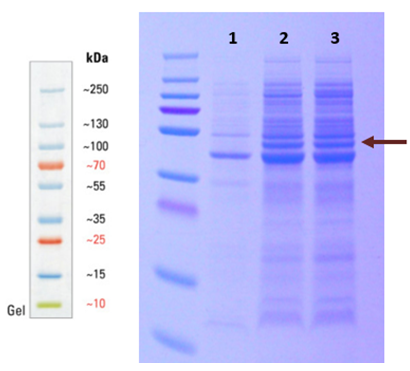 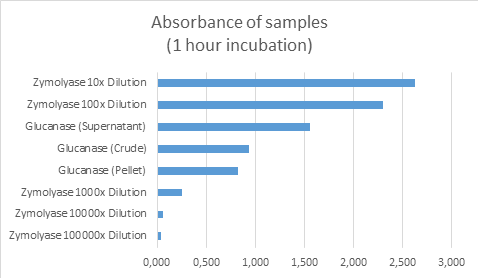 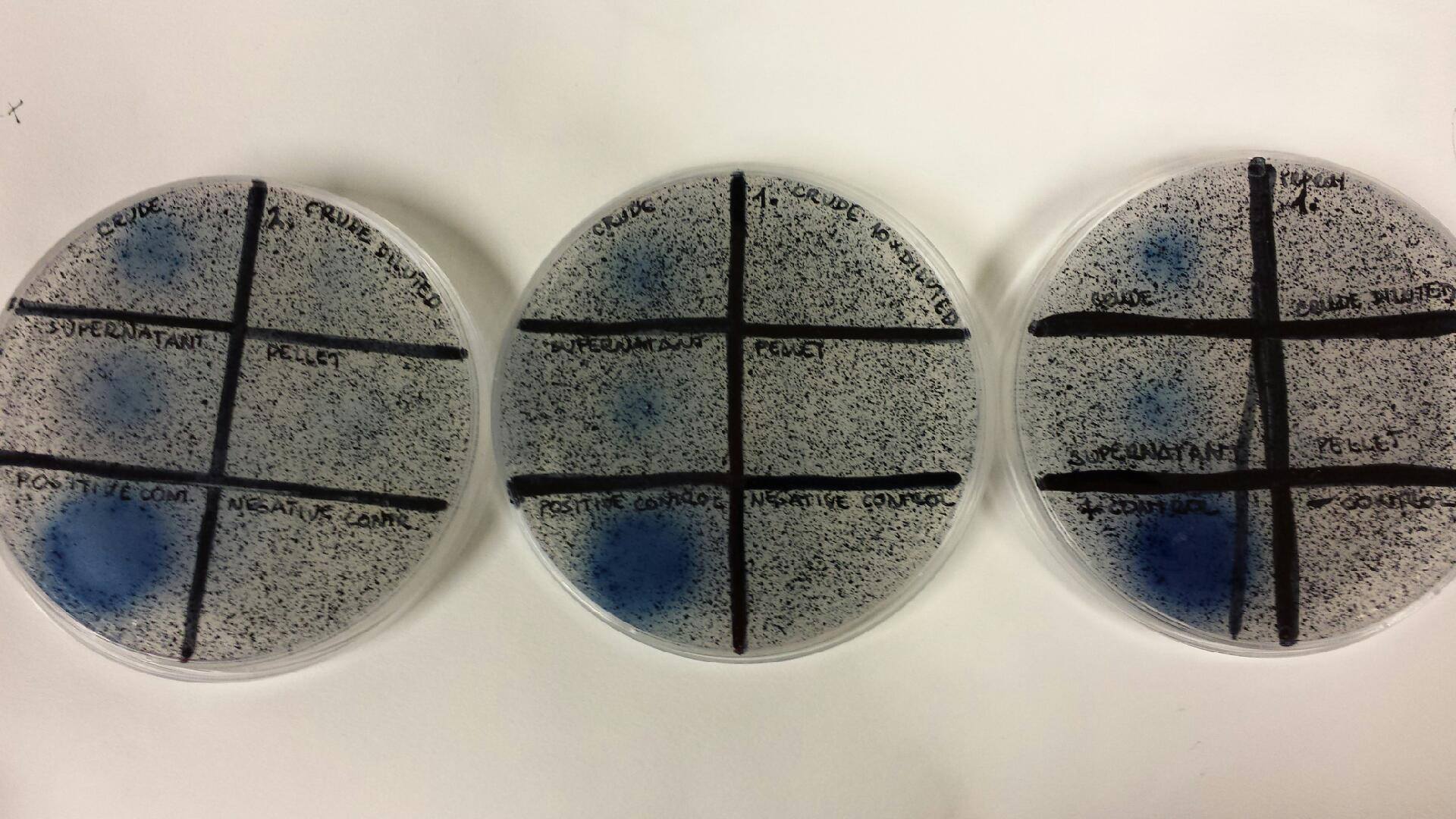 With our results we showed that our BioBrick, the endo- 1,3-β-glucanase, has enzymatic activity and is able to cleave 1,3-β-glucan bonds. The activity is comparable to a 100x-1000x dilution of Zymolyase. Combined with either mechanical force or a detergent, we expect to be able to selectively lyse yeast cell walls.

Experiments that did not succeed yet

Affinity chromatography of glucanase using FPLC (Fast Protein Liquid Chromatography) We performed different FPLC (Picture 1-4) with different outcomes. The enzyme was not only found in the expected fractions but also in the flow through. 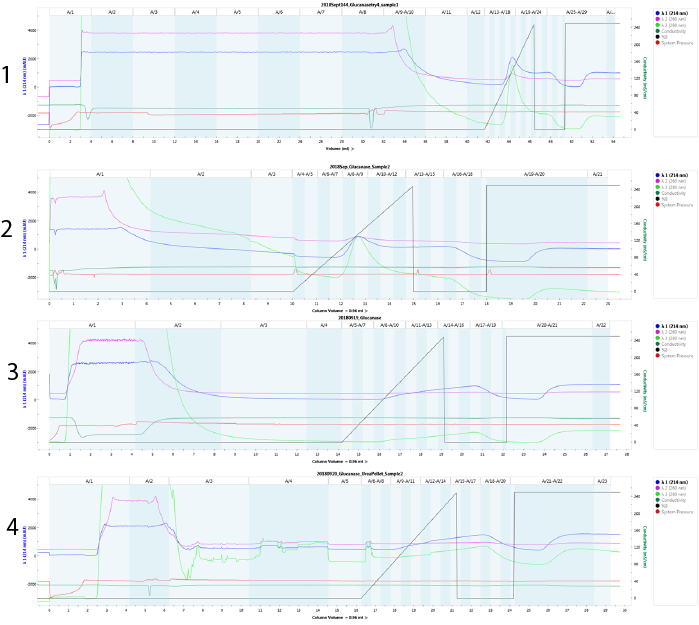 In Picture 3 and 4 all the glucanase was released in the flowthrough. We hypothesize that this is due to the column being broken down by the enzymatic activity of the glucanase.

Future plans for the project