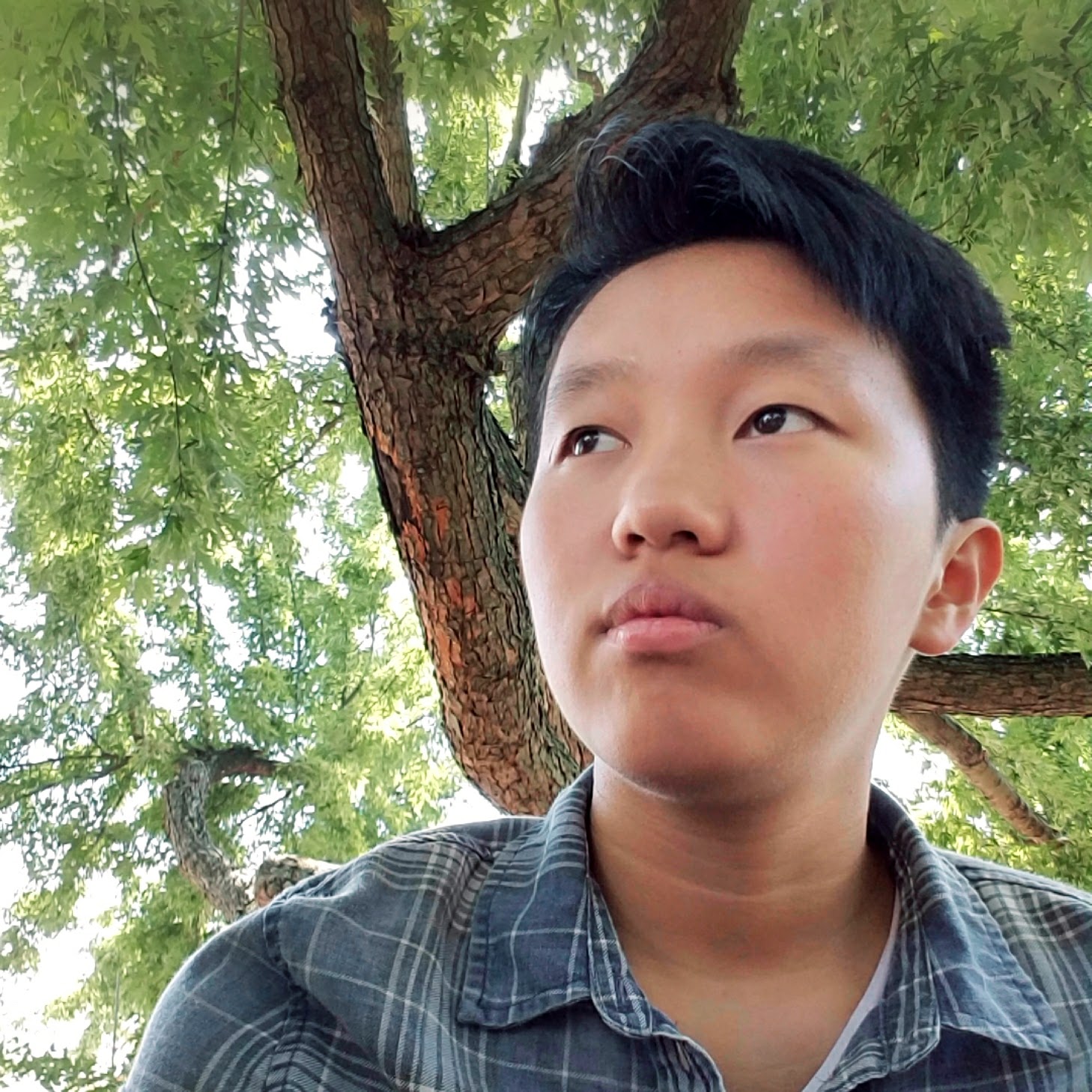 Beck is a sophomore majoring in Biomedical Engineering who is an avid student of both the sciences and the arts. As an artist, Beck works with a variety of media and also writes songs and poetry. Other hobbies include rock climbing and a variety of martial arts, including Brazilian Jiu Jitsu, capoeira, and karate. Beck also enjoys studying languages, both human and programming, and was the Web Master on the iGEM team, helping to facilitate wiki edits and designing the site layout. Additional contributions involve work on the biofilm crystal violet and lettuce colony count protocols. If Beck could discover a protein that could do anything, it would be one that could be used to cure mental illness.

Mei is a junior majoring in mechanical engineering and minoring in computer science. She is from China and on the WPI campus, she is the treasurer of Chinese Student Association. She is also in the WPI concert band where she plays as second flute. She loves human figure drawing but is not good at it╮(╯﹏╰）╭. During iGEM she worked on determining the best conditions for growing biofilms and quantifying biofilm formation on lettuce leaves. She also built a low-cost gene gun based on previous designs. If she could discover any protein, she would discover one that allows human to live in any space conditions. (ﾒ｀ﾛ´)/ 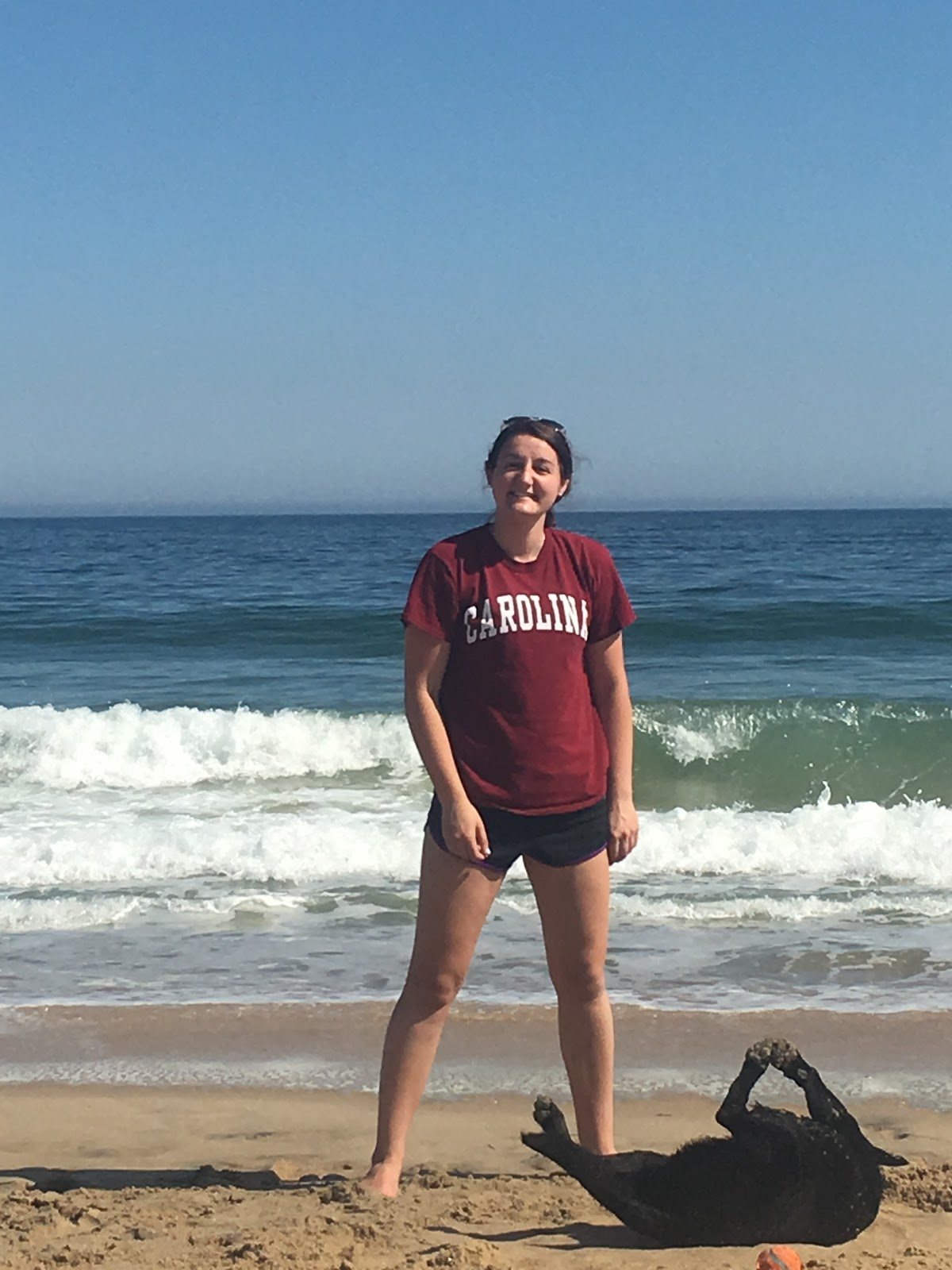 Camille is a junior biology and biotechnology major. She is from Westerly, Rhode Island. Camille loves elephants, mexican food (really all food) and vines (#ripvine). She will be traveling to work on a project and studying abroad in Thailand starting in December 2018 and plans to visit many elephant sanctuaries while she is there. She plans to go to graduate school and study genetic engineering. Camille served as the Content Master for the WPI iGEM wiki page, helping to organize information and data. She also worked in a group to help determine which strains of bacteria could be transformed to express antifreeze proteins and how the antifreeze proteins affected different strains of biofilm. If she could discover/invent a protein that could do anything in the world, she would invent one that could rapidly digest plastics. 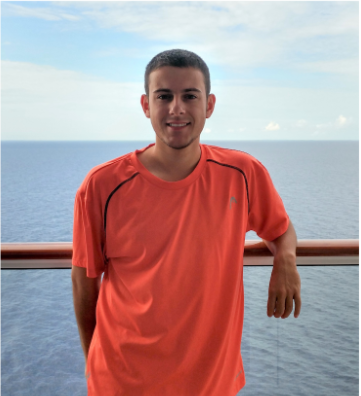 Alex is a senior biomedical engineering major and biology minor. He enjoys going to the beach, playing football with friends, and gaming. He loves eating pizza, ice cream, and donuts. He is often called “Dad” by the team because of his taste in music (70s and 80s Rock) and his general character. He served as the integrative practices chair during iGEM and was responsible for reaching out to experts within the field of agriculture and food safety. He organised a visit to a local farm to learn more about farming practices and contamination. He worked closely with multiple iGEM team members to attempt to transform and express antifreeze proteins in multiple strains of bacteria and measure their antimicrobial properties. If he could discover any protein, Alex would discover a protein that could make him fly.

Kylie is a sophomore biochemistry major. She has a passion for animals and has worked with a rat rescue for ten years. She hopes to study immunology as a graduate student and eventually work in an immunology research lab. She drinks a lot of tea and loves waffles, pancakes, and donuts. She plays bass clarinet in concert band and has been in band since fourth grade. She worked on the cloning and testing of the antifreeze proteins for the project. If she could invent or discover a new protein, its function would be to strengthen hypermobile joints for people with Ehlers Danlos Syndrome hypermobility type.

Arth is a senior majoring in biomedical engineering and minoring in general chemistry. He enjoys tropical weather though continues enduring New England winters. Outside class, he is treasurer for the school newspaper, Tech News, and for the premedical honor fraternity Alpha Epsilon Delta. He also serves as vice president of the pre-health society Mu Sigma Delta. He volunteers at a local hospital and hopes (fingers crossed) to be a medical doctor one day. In the lab, he helped purify the proteins ZeAFP, IAGFP, and GFP proteins from BL21 strains of E. coli for biofilm assays measuring the disappearance of biofilm developed by five strains of bacteria. He also tested the antimicrobial properties of curcumin (the active ingredient of turmeric) in biofilm assays. Serving as Outreach and Engagement Chair, he aided the organization of public demonstrations and workshops in a biology lab for the local community. If he could discover a protein, its function would be to make someone become invisible. 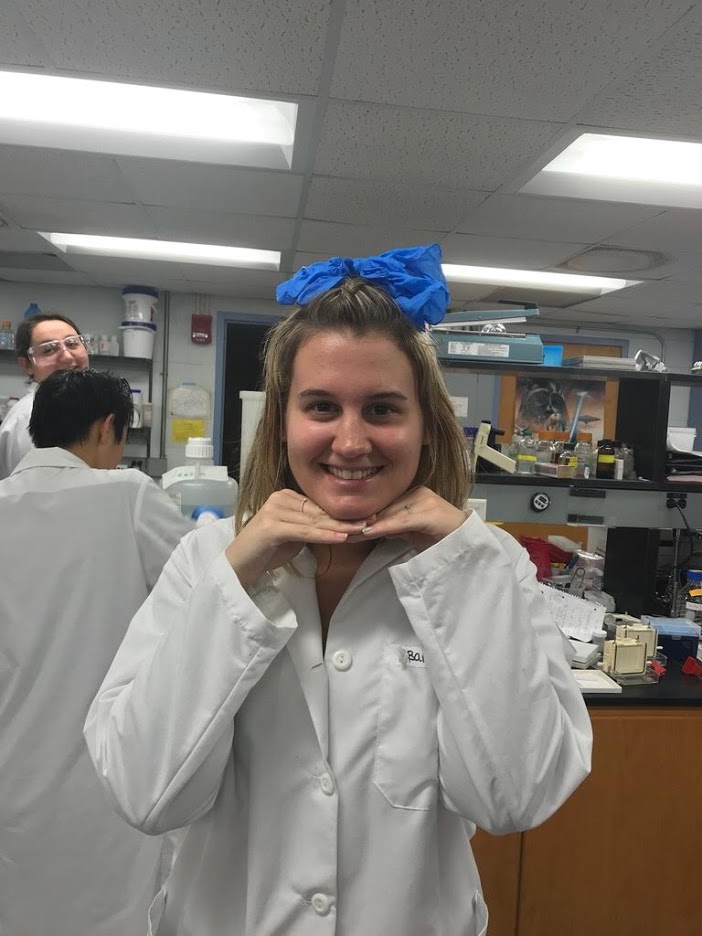 Bailey is a senior biology and biotechnology major, minoring in psychology. She loves cats, slippers, and music. On campus, Bailey is president of Alden Voices, WPI’s female chorus, and also serves as the secretary for the Choral Association. Due to her During iGEM, Bailey worked on Team Protein Purification, to help purify ZeAFP, IAGFP, and GFP proteins from BL21 strains of E. coli. During iGEM, she also helped to test the antifreeze proteins’ antimicrobial action against different E. coli strains using biofilm assays. She served as the Social Media Chair during iGEM, to which she had a lot of fun. If she could discover/ invent a protein that could do anything in the world, it would allow her to change her haircolor instantly depending on her mood!

One of the most exciting parts about the WPI iGEM team is that while we attend a technical university, we can still be artists as well! We pride ourselves on our #FluorescentFridays. 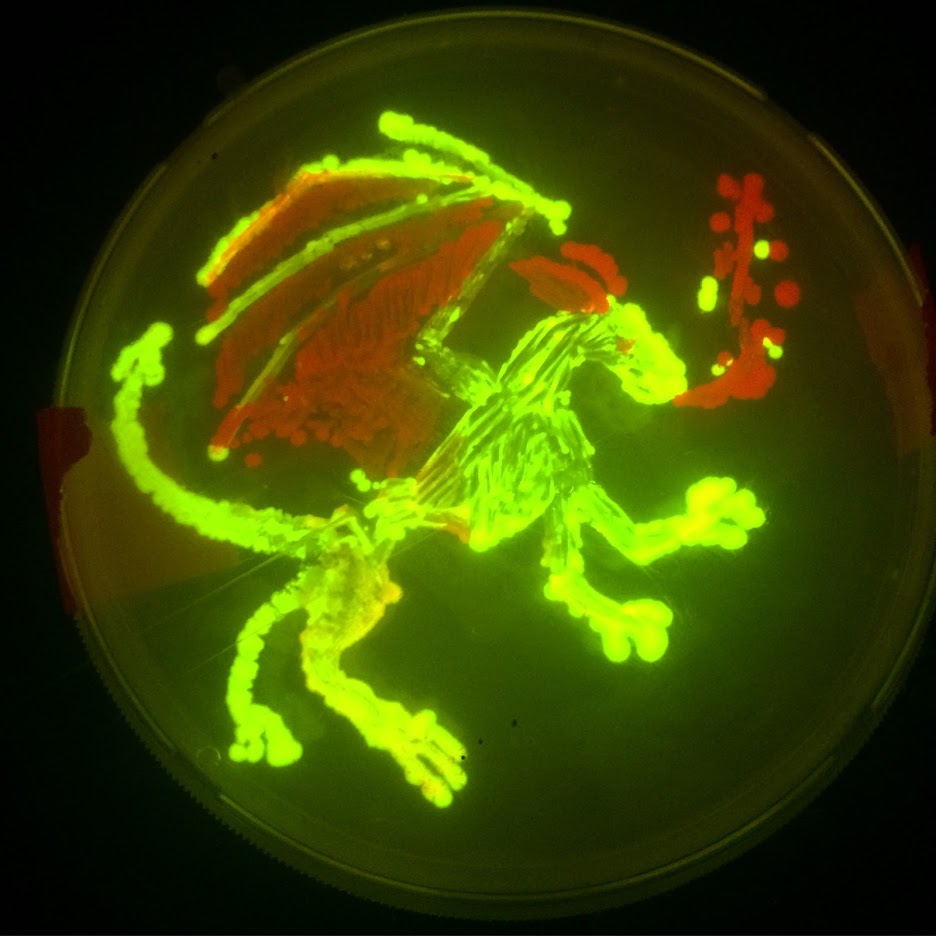