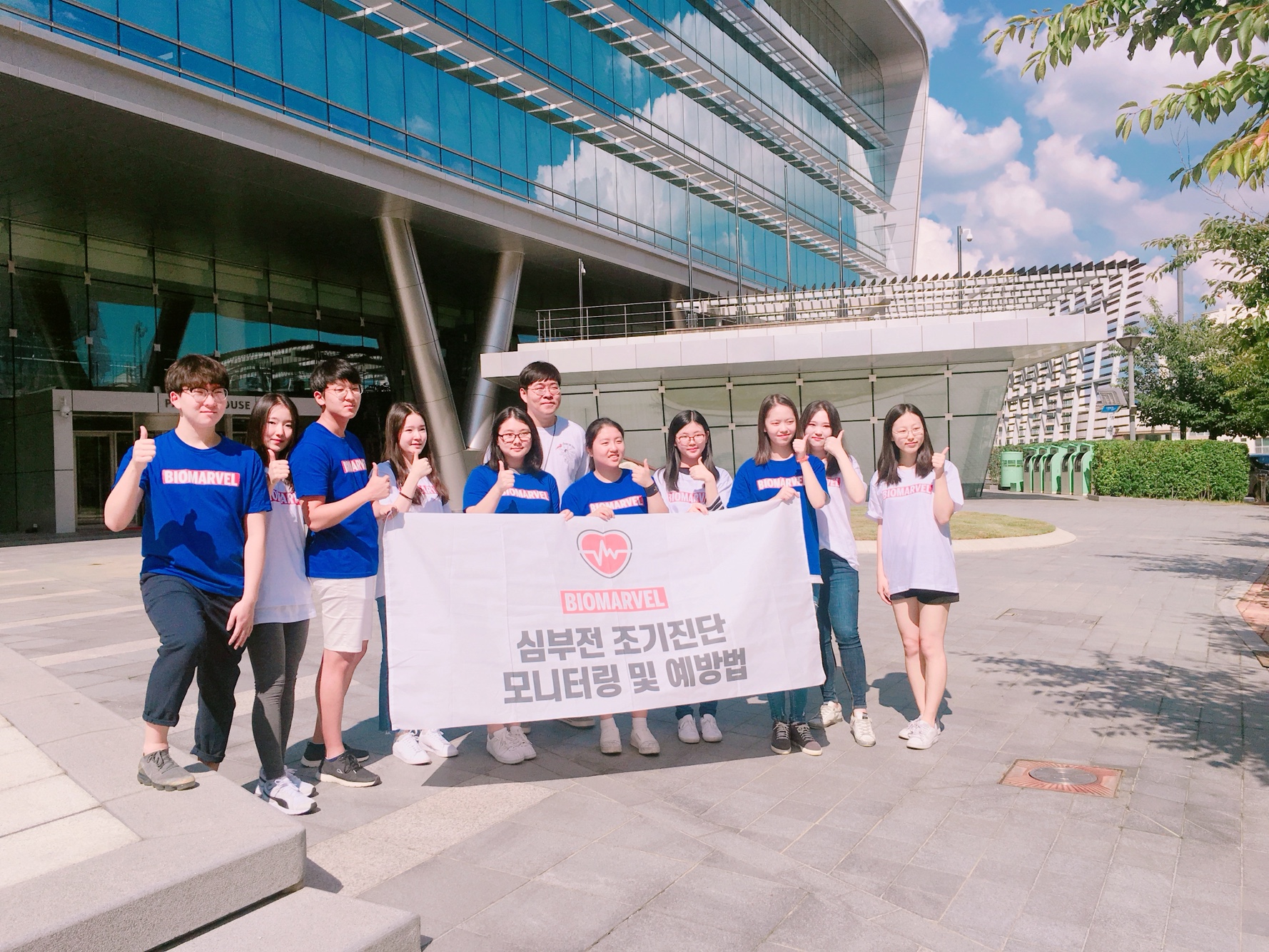 We launched a campaign at Pangyo Station on 2 September 2018, to publicize the risks and the symptoms of heart failure and what needs to be done to prevent it. After judging, we found that the large floating population is at the exit of Pangyo Station where we could interact with a wider audience. We installed the panels and the banners to explain to the people interested in learning about heart failure and its preventive measures. We also gave specific answers to any inquiries.

The panel contained the medical definition of heart failure, causes of occurrence, symptoms, prevention methods, etc. and we emphasized, quitting smoking and doing regular exercise for 30 minutes daily as preventions. Those who had heart failure including themselves or around them showed specific interests about our presentation especially in the cause of heart failure, treatment, and the prevention. Unexpectedly, we learned that there are more people with heart failure around us than we thought and wanted to contribute to the development of medical services so that more people can become healthy through our project. 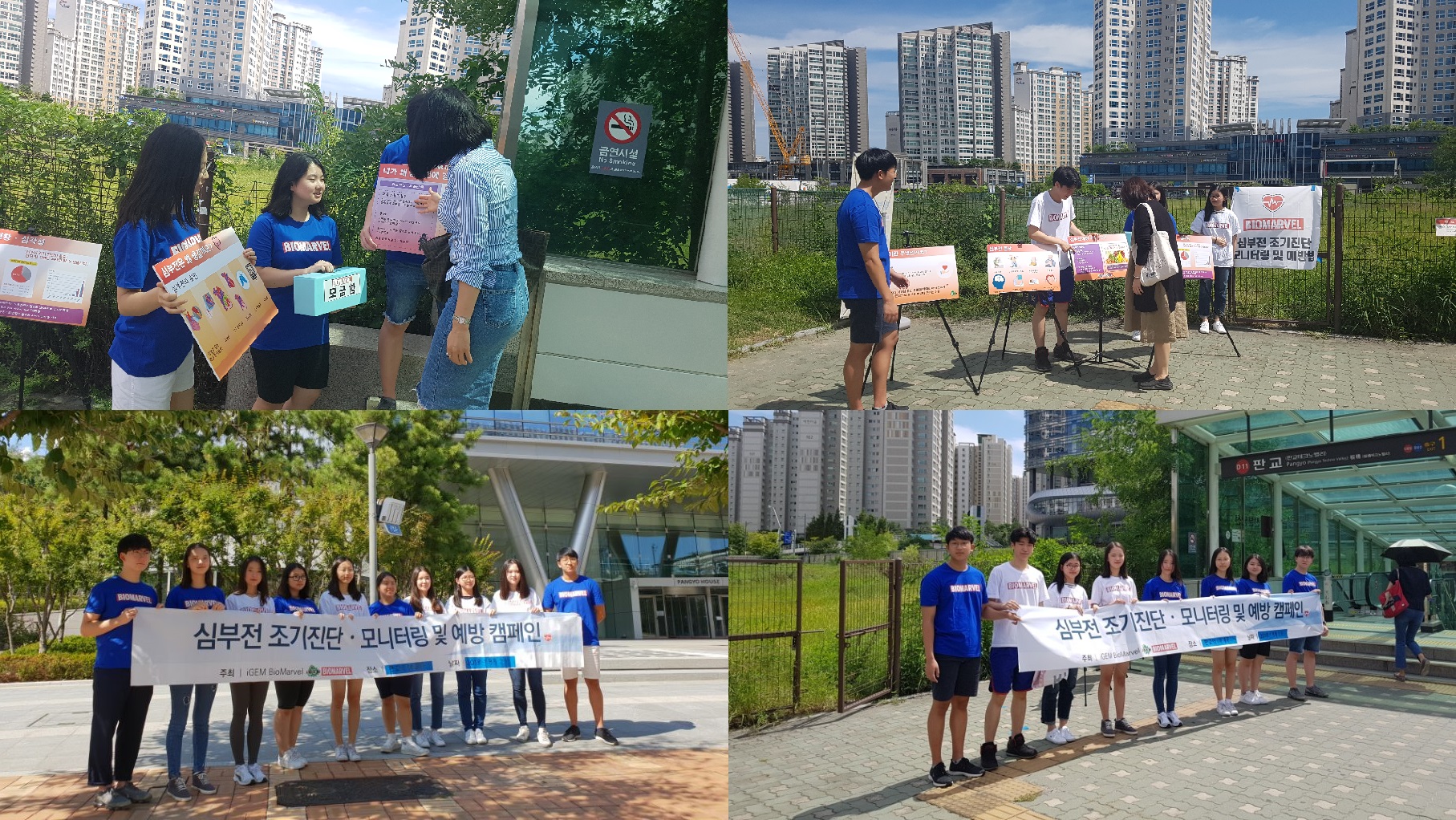 The school promotion project was held on 5 September 2018 at the CheongShim International Academy (CSIA). We chose CSIA because it has both middle and high school, and thus we were able to communicate with a larger audience. The promotional programs were largely divided into two main sessions: a prevention campaign in the hallway and a lecture on the structure of HAPPI (Heart Failure Assessing Practical Protein-Immunochip). Many students and teachers showed their interest and participated in our campaign.

Firstly, our teammates prepared a general presentation on the heart failure. We explained not only the risk factors of the heart failure but also, the symptoms and the prevention methods to the students and teachers who visited the booth. Although heart failure is not a common disease among adolescents, many students showed a keen interest in their acquaintances that one day someone can encounter such condition.

Furthermore, for students captivated in biology, chemistry, and electrochemistry, we provided a general description of our fabricated immunosensor. Many students were fascinated by the intricate design of our immunosensor, in which gold nanopatterns and the biochemical aspects of GBP-ProG fusion protein are ingeniously employed. Lastly, we provided some pieces of advice to the prospective iGEM participants.

On 27 September, we had an opportunity to meet the 9-grade students at Cheongshim International Academy. As we are high school team, we believed that we could give them some pieces of information and engage them participating in the iGEM next year. We briefly presented our team's project and the experiments, so that we could effectively introduce iGEM. We met about a hundred students in total, moving from class to class, to afford knowledge more adequately. We believed it might be difficult for them to understand the entire contents of our project, so we just focused on the practical usage. First of all, we introduced the electrochemical biosensor of heart failure, which is our project. We also described our project's purpose by demonstrating the limitations of the current diagnosis of heart failure. Then we explained about electrode patterning and immobilization of anti-NT-proBNP antibodies on the gold electrode surfaces. As students seemed to be confused in perception, we had time for inquiries. After a Q&A session for the experiment, we explained the process of participating in iGEM by concisely talking about human practices projects and collaborations our team had worked on. Lastly, we gave them our contact information so that they could request for further knowledge personally. This educational session was a highly valuable opportunity for both our team and the middle school students. It allowed us to prepare our content for delivery, as well as encourage the students to take part in iGEM in the future. We hope that we were able to engage them in our project and iGEM!

On September 29, 2018, our team held a campaign at the Mapo Welfare Center to advise the elderly for preventing heart failure. The center is located in Seoul downtown and has a large community composed of elderly who have a high risk of heart failure. Our activity included explaining the definition of heart failure, causes, symptoms, prevention methods, and significance for the elderly. In addition to basic explanation, we distributed a daily schedule that the elderly could follow to prevent heart failure.

First, we provided elderly with the daily schedule which includes a routine instruction for a light walk from 7:00 to 9:00 am, a teatime at 9:30 am followed by personal checkup at 9:30 to 10:00 am. In addition, several health rules needed to prevent heart failure were also described. Difficulty in breathing and edema was the major symptoms discussed and the preventive measures included drinking 1.5 L of water or green tea, avoiding high cholesterol and caffeine, quitting smoking, and reducing salt levels to 5 g a day. 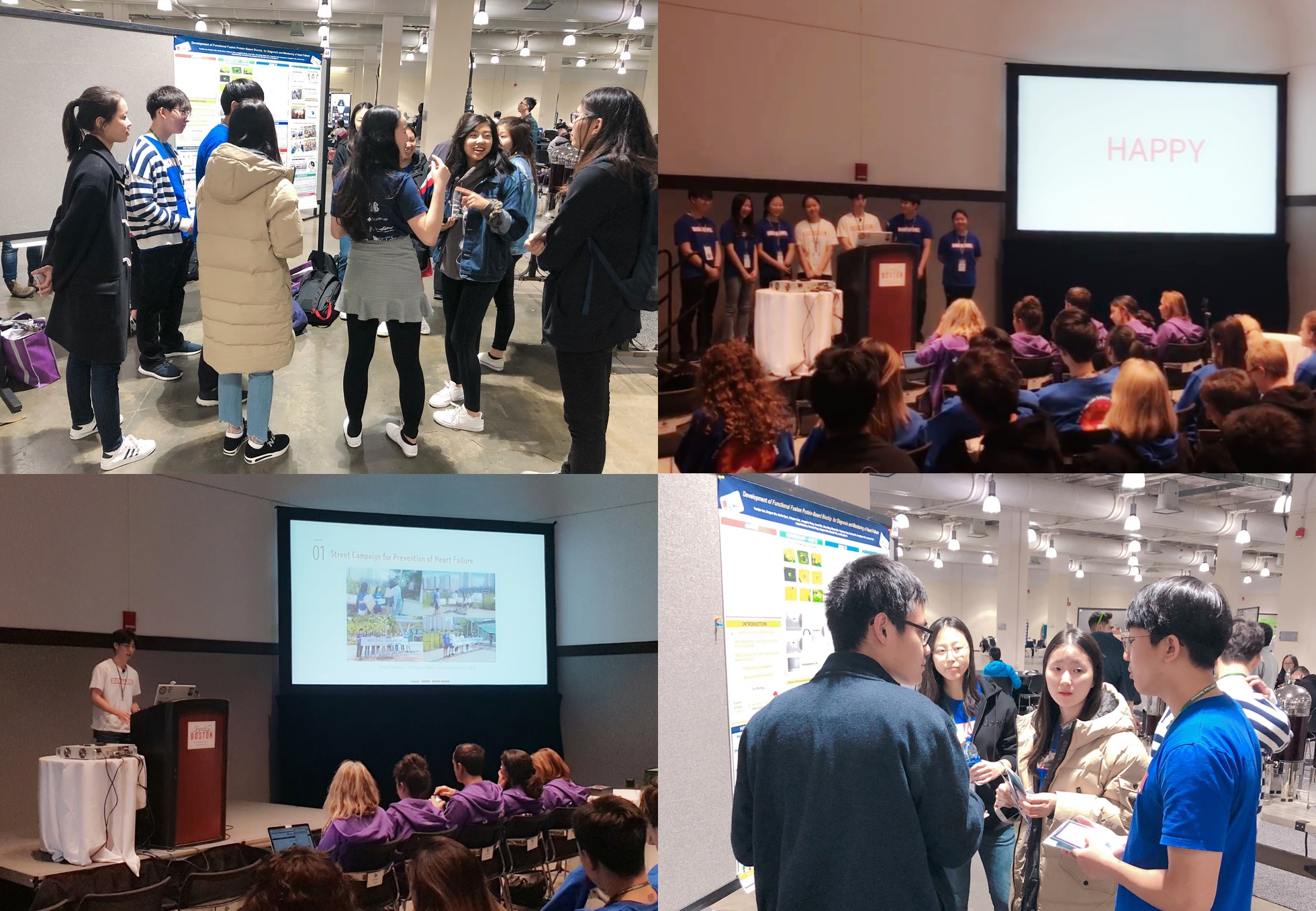 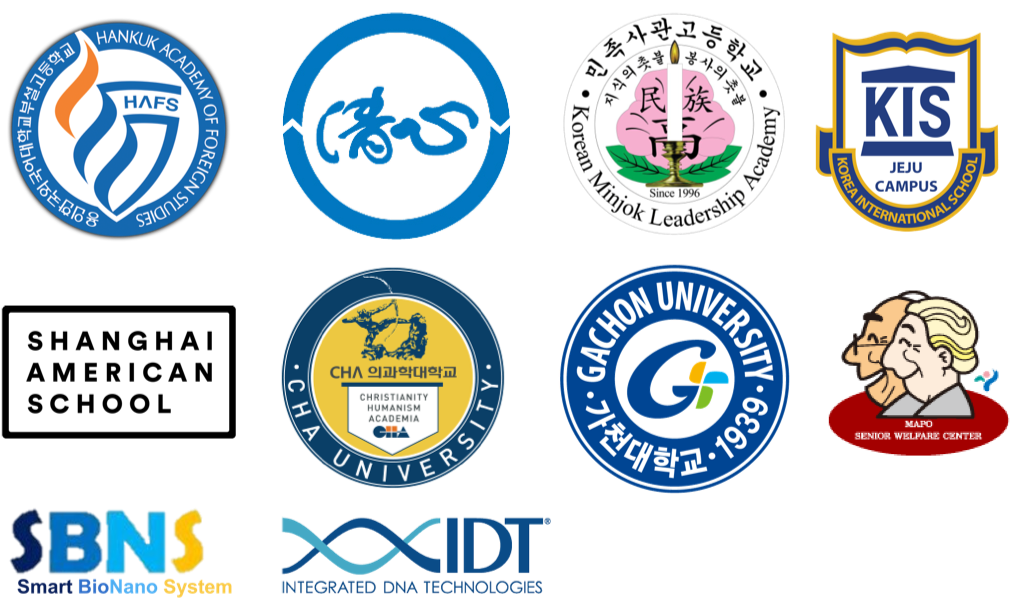