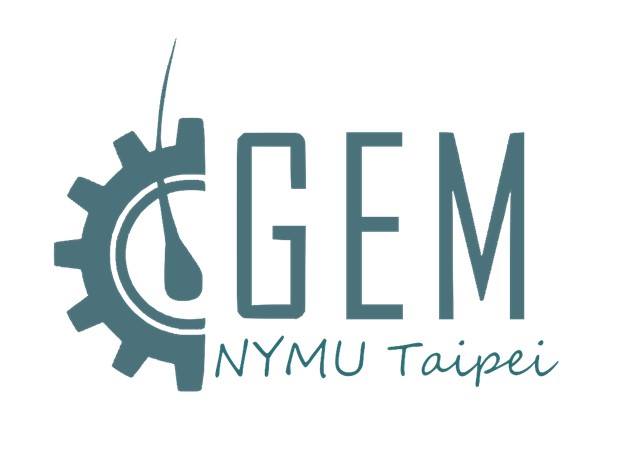 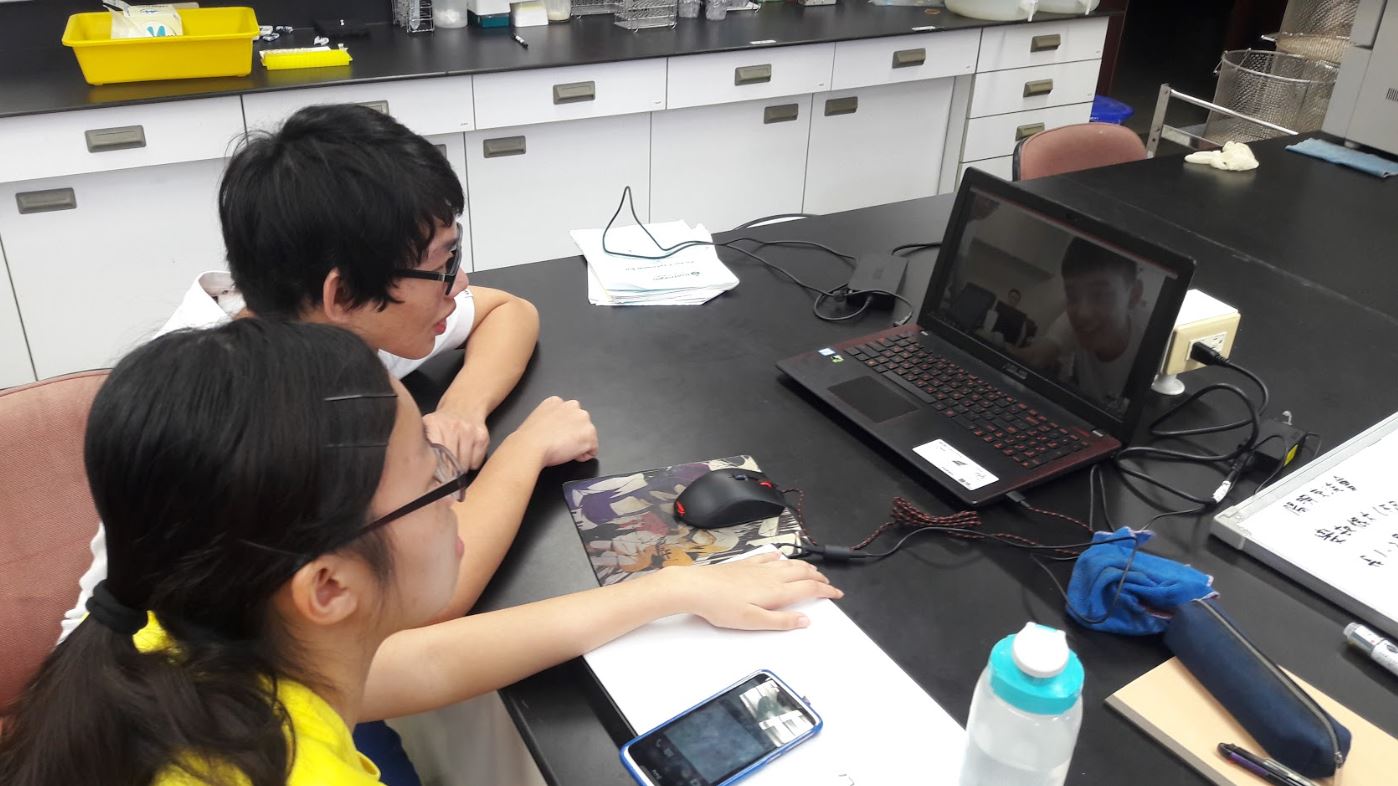 When we were doing our interlab measurement, we were not able to transform the plasmid into our competent cell DH5α. After doing the transformation four times without a successful result, we started debugging and also searched for assistance.

We are thankful for the NYMU-Taipei team, who gave us a hand after we told them our dilemma. They reviewed our lab notes to help us debug. Furthermore, we met each other online to discuss the problem together.

Also, as a backup plan, we borrowed from them E. coli which they had successfully transformed with plasmids for the interlab.
Plates from NYMU

With their timely help, we were able to conduct the following experiment including the conversion between absorbance of cells to absorbance of a known concentration of beads. Without their help, we merely could complete the measurement of the silica beads and we would not have been able to calibrate against a known concentration of fluorescent molecule to reduce the variability in measurements between labs. 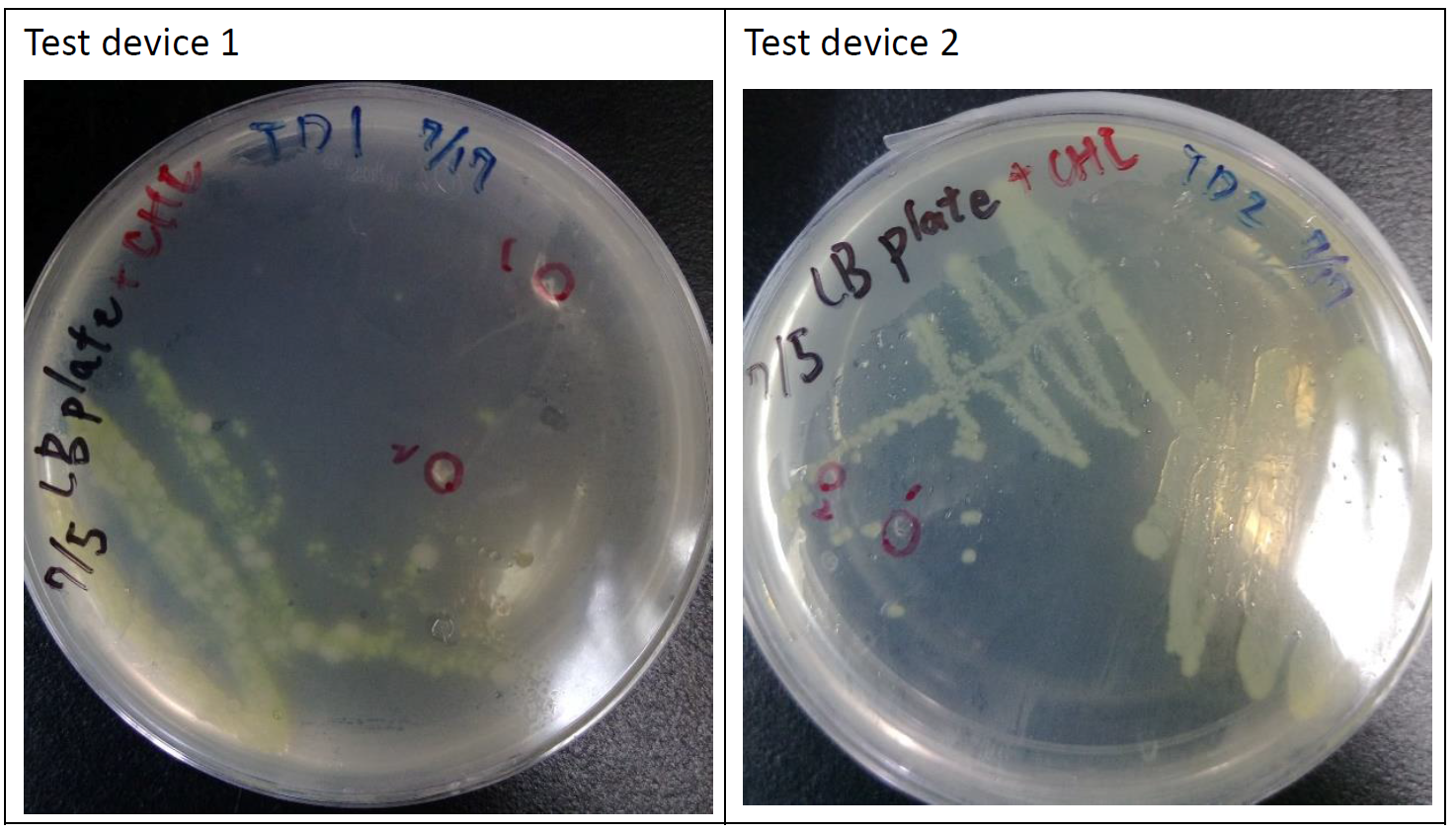 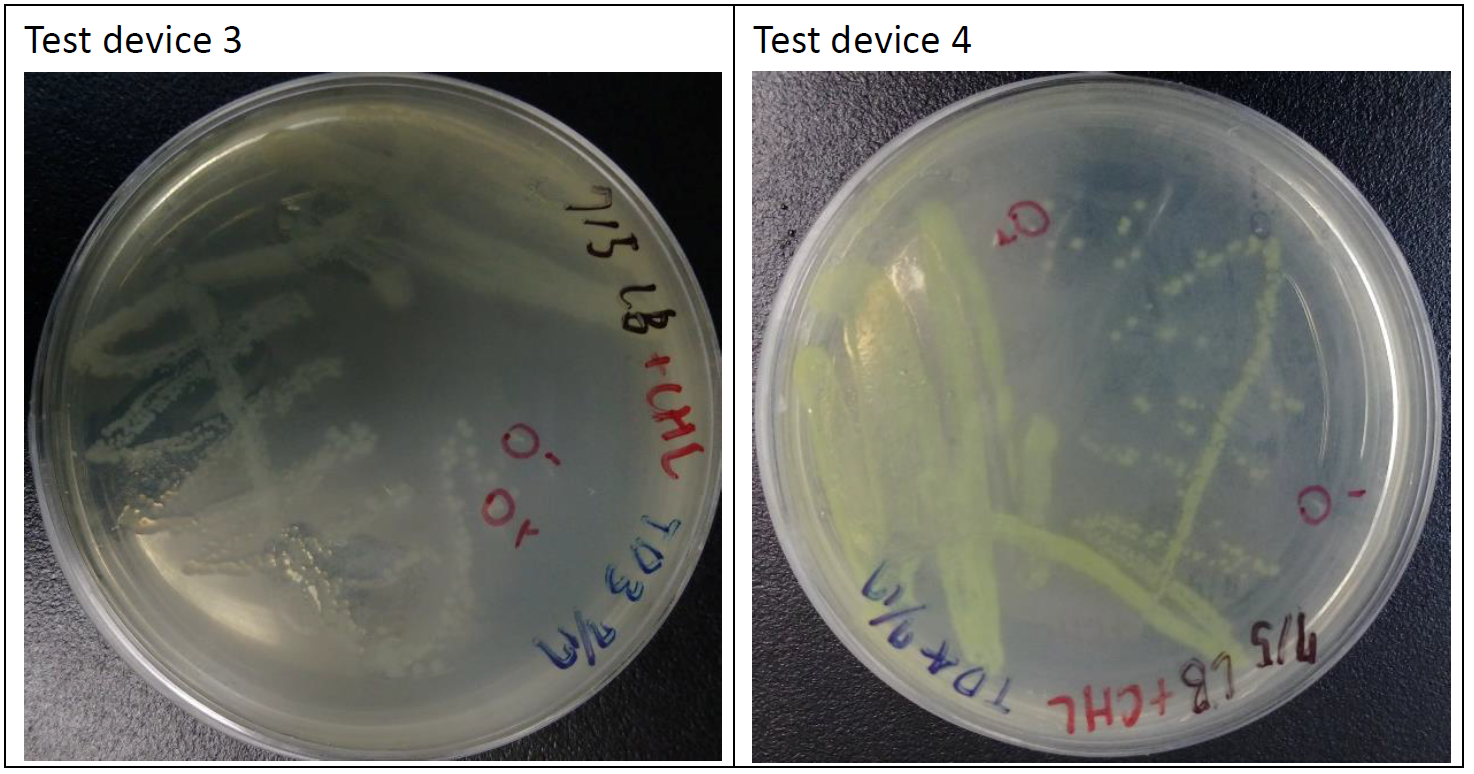 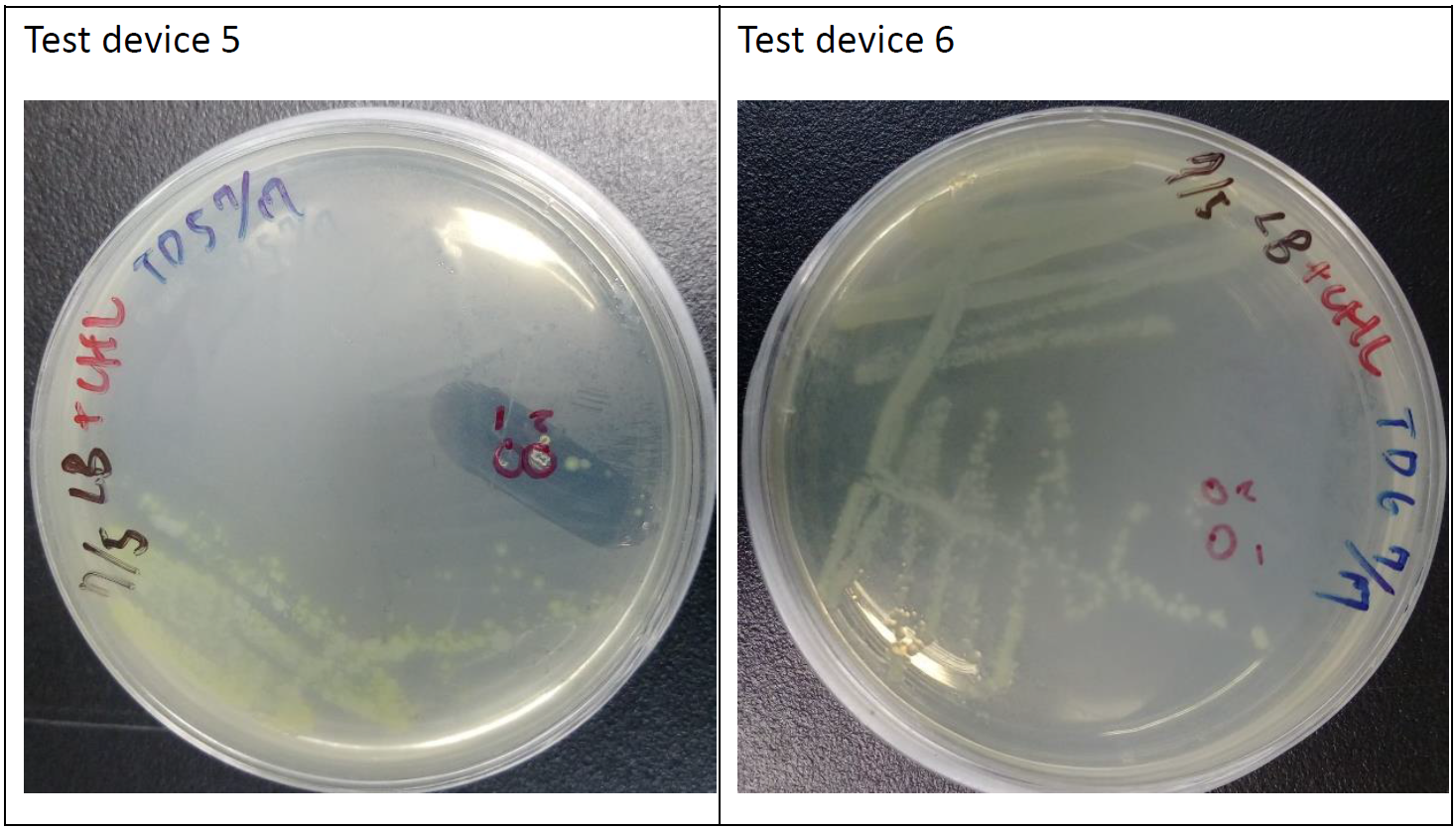 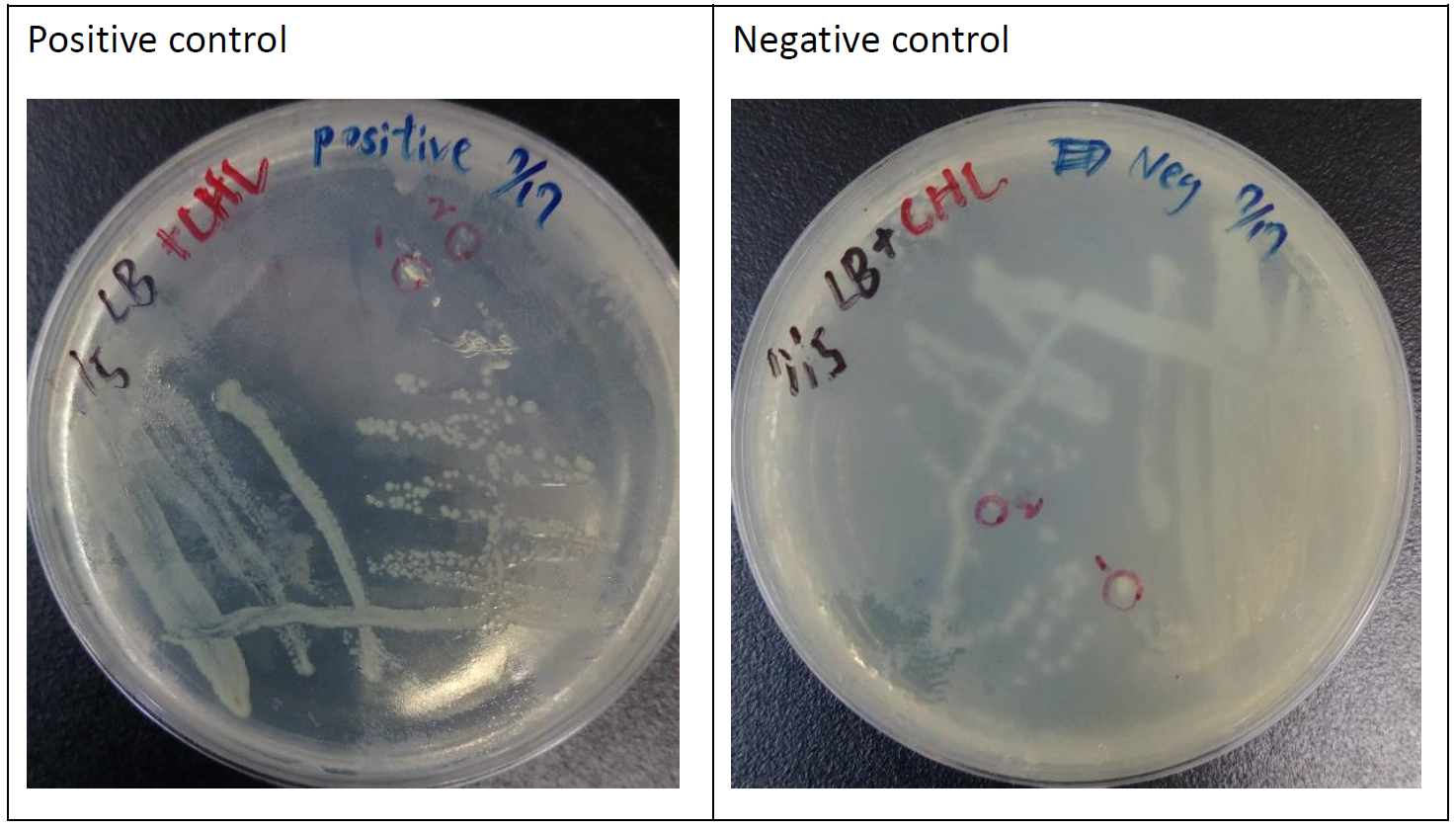 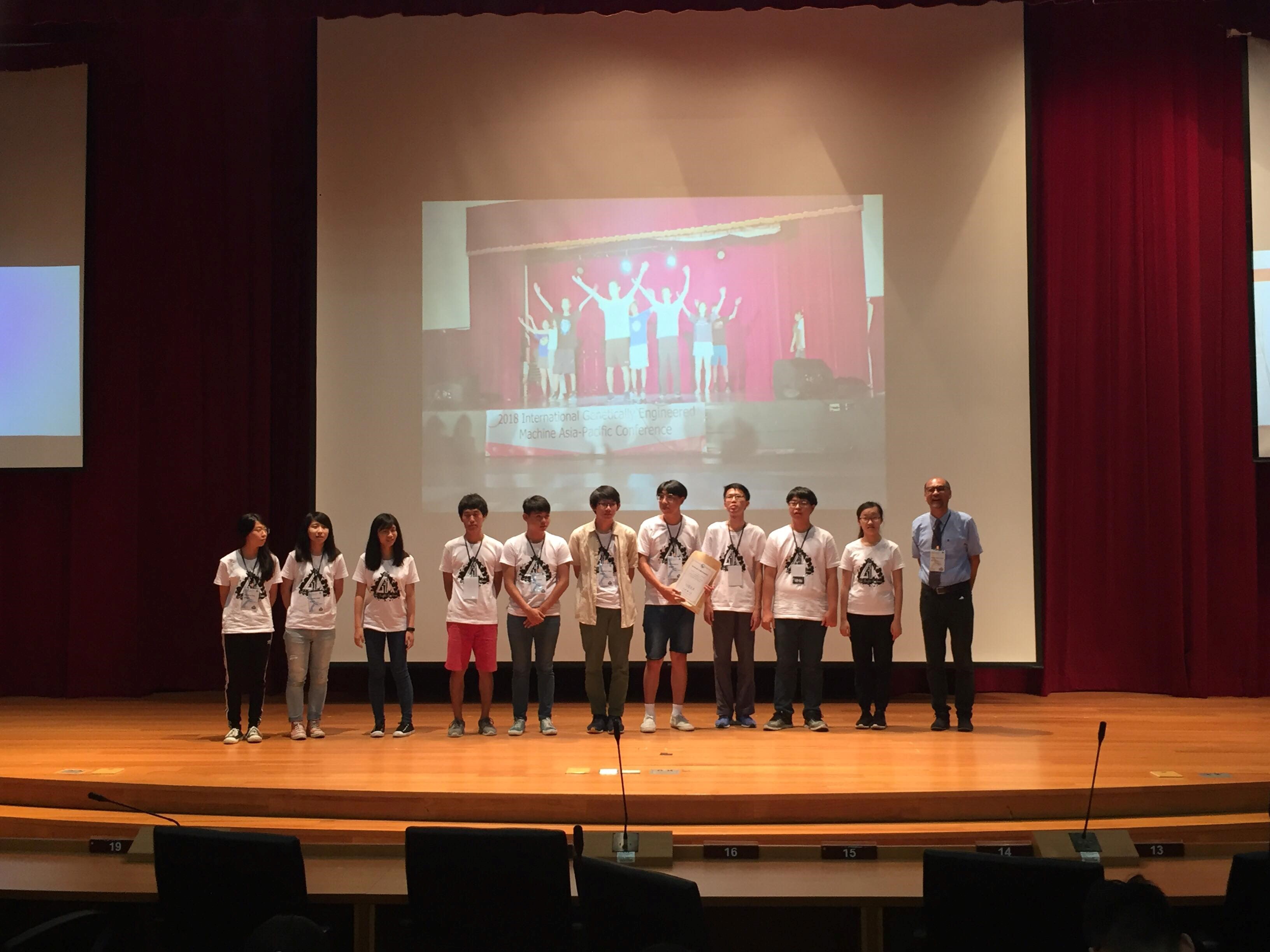 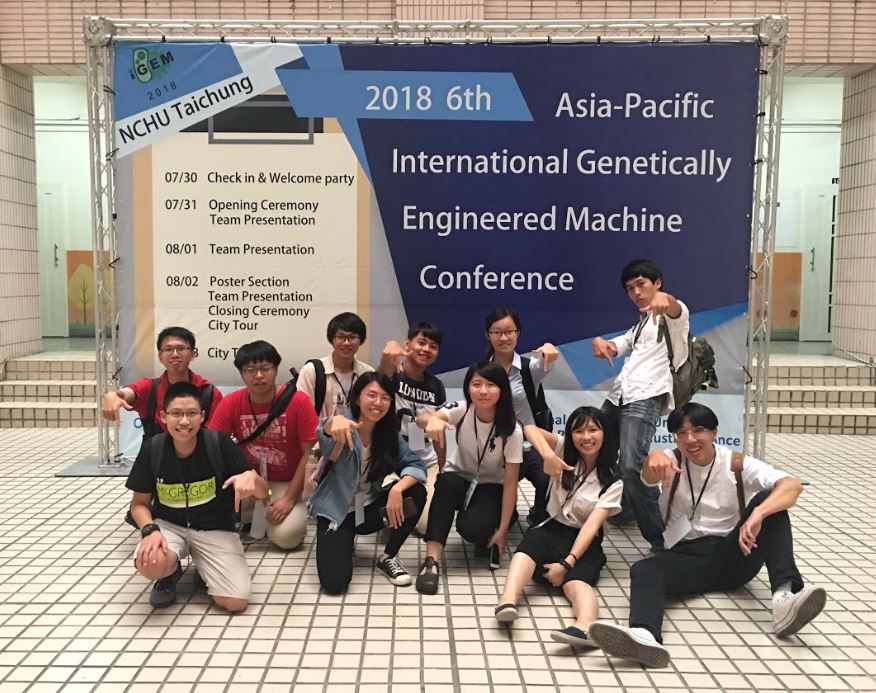 21 teams from the Asian region gathered together to hold an exchange meeting at Chung-Hsing University. Through these four days, all of teams showed their progress and research, hoping to find the possibility of cooperation from each other. 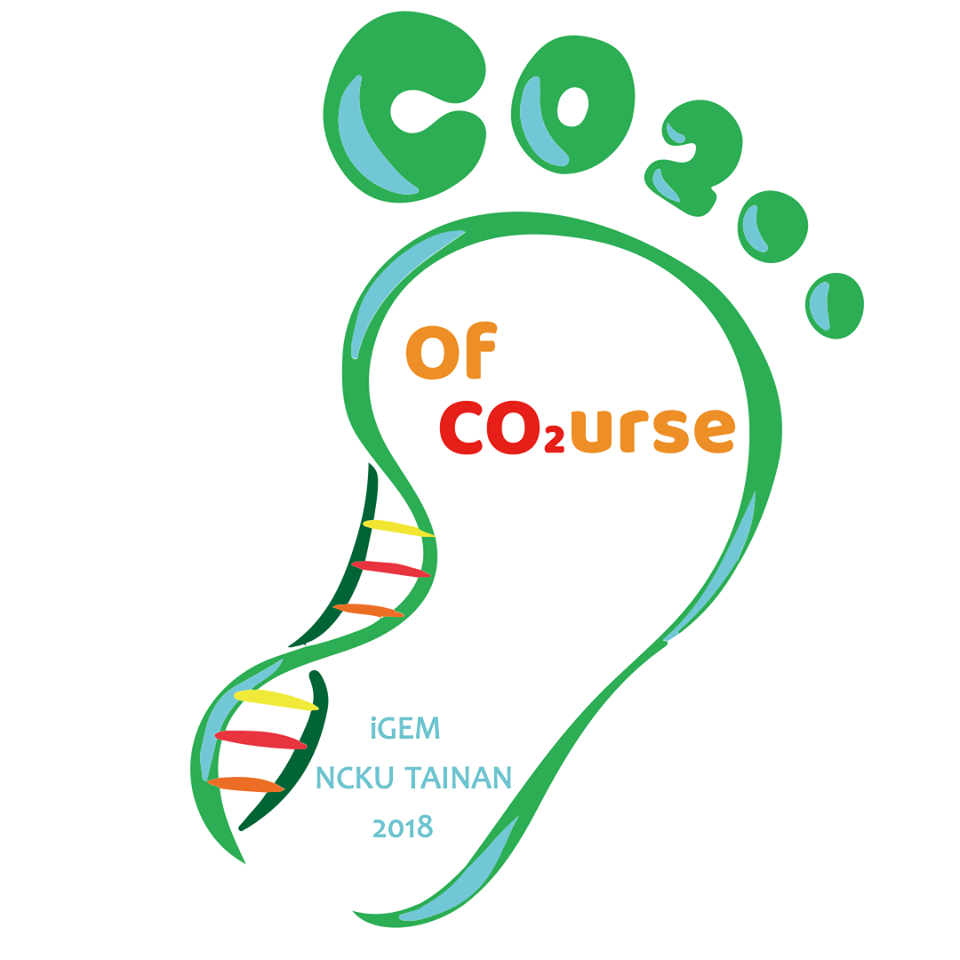 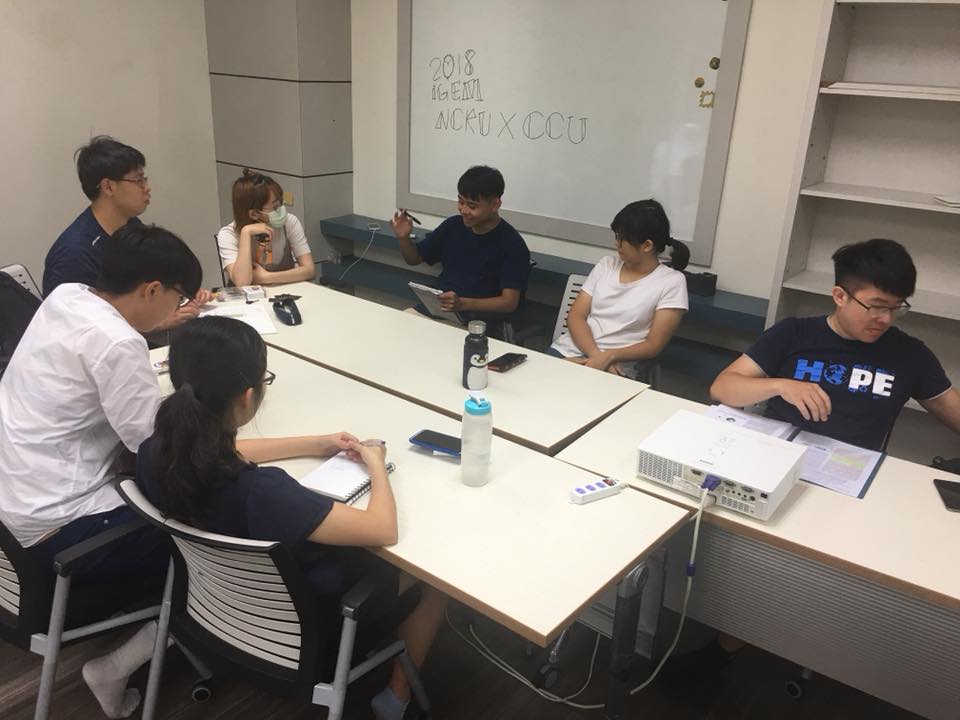 This time we went to Tainan came for NCKU Tainan iGEM Team. In addition to having a certain understanding of each other's topics, more relevant questions were raised for their respective topics.
After this exchange, we know more about the shortcomings of our topic and the various problems we haven’t thought of yet, such as the design of the gene, improved part idea, design on the production line, and future ideas, etc. Made us have further thoughts on the topic. 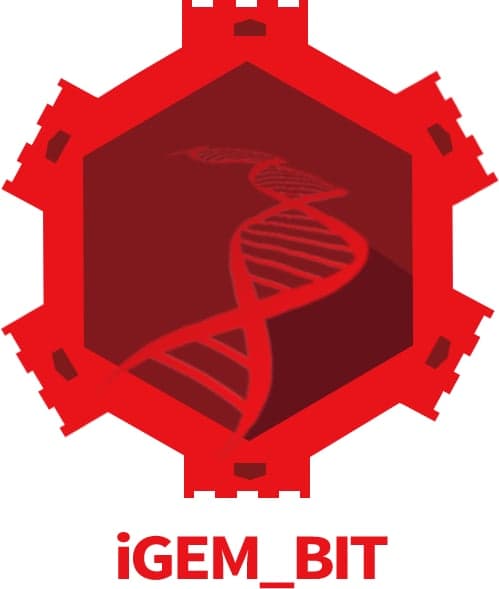 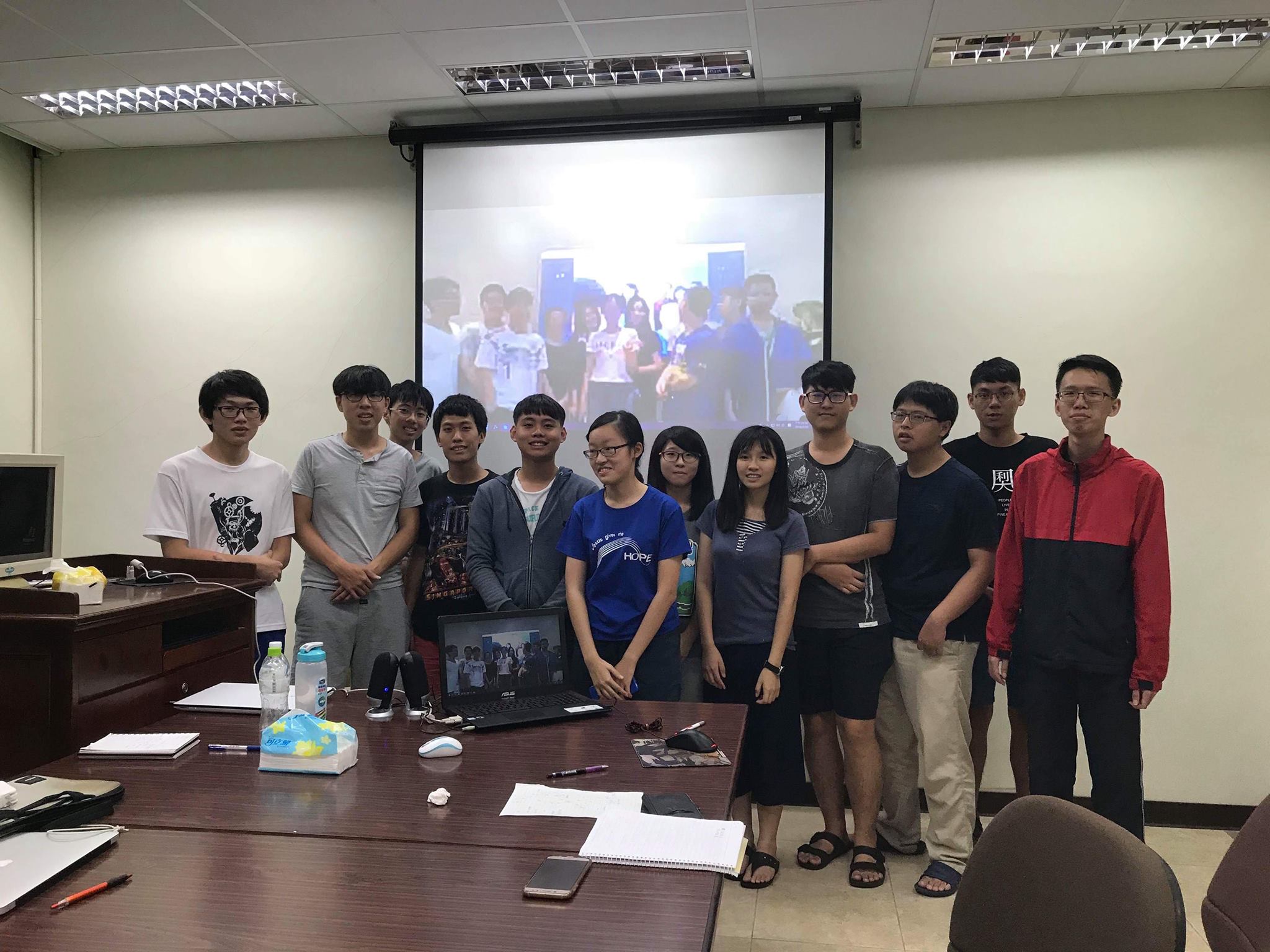 Although we selected different spices which made us can’t have a deeper discussion, BIT still supplied many thoughts that we had never thought before. Not only asking some limitations but also asking question about enzyme activity of our experiment. In the end of this meeting, they raised suggestions to our following research. Thanks for BIT, we learned a lot at this meeting. 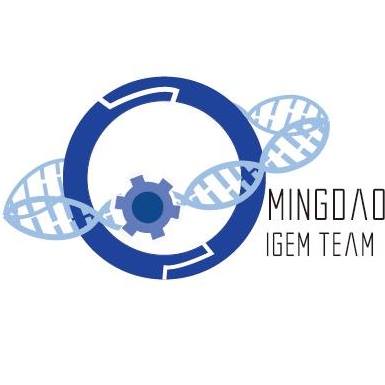 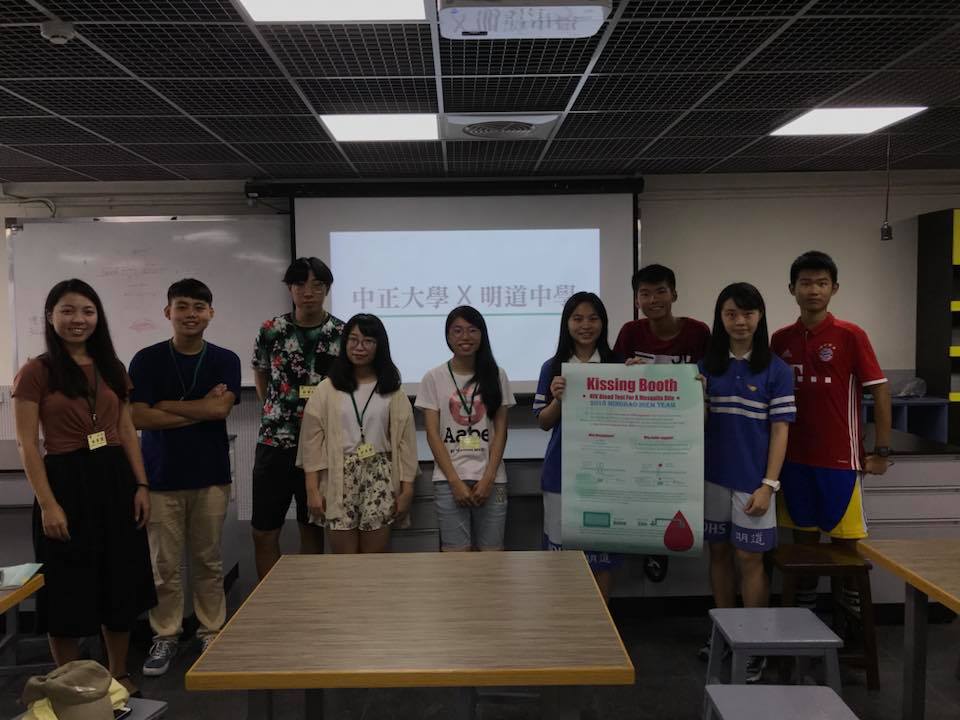 In September, we held a debate contest with Ming-Dao, arguing that "synthetic biology is better for environmental improvement than harm" and invited comments. In this debate, we choose to take turns to be both positive and negative. In addition to making the preparations more comprehensive, it also helps both of us understood the environmental ethic issue. Both of us agreed that synthetic biology could improve plants in certain extreme climates, but if used in the wrong place, synthetic biology will degenerate into merchants controlling the commodities of farmers in the arid regions, and even biochemical weapon. Thanks to Mingdao for providing venues that give us an opportunity to engage in a debate on synthetic biology.