The aim of this year’s InterLab study was to establish a devices (GFP) measurement protocol based on standard principles that any team with a microplate reader could use in their lab.
This research is an interesting and valuable experience, which encourages us to make standardized measurements of experimental instruments and test the reasonableness of the experiment. 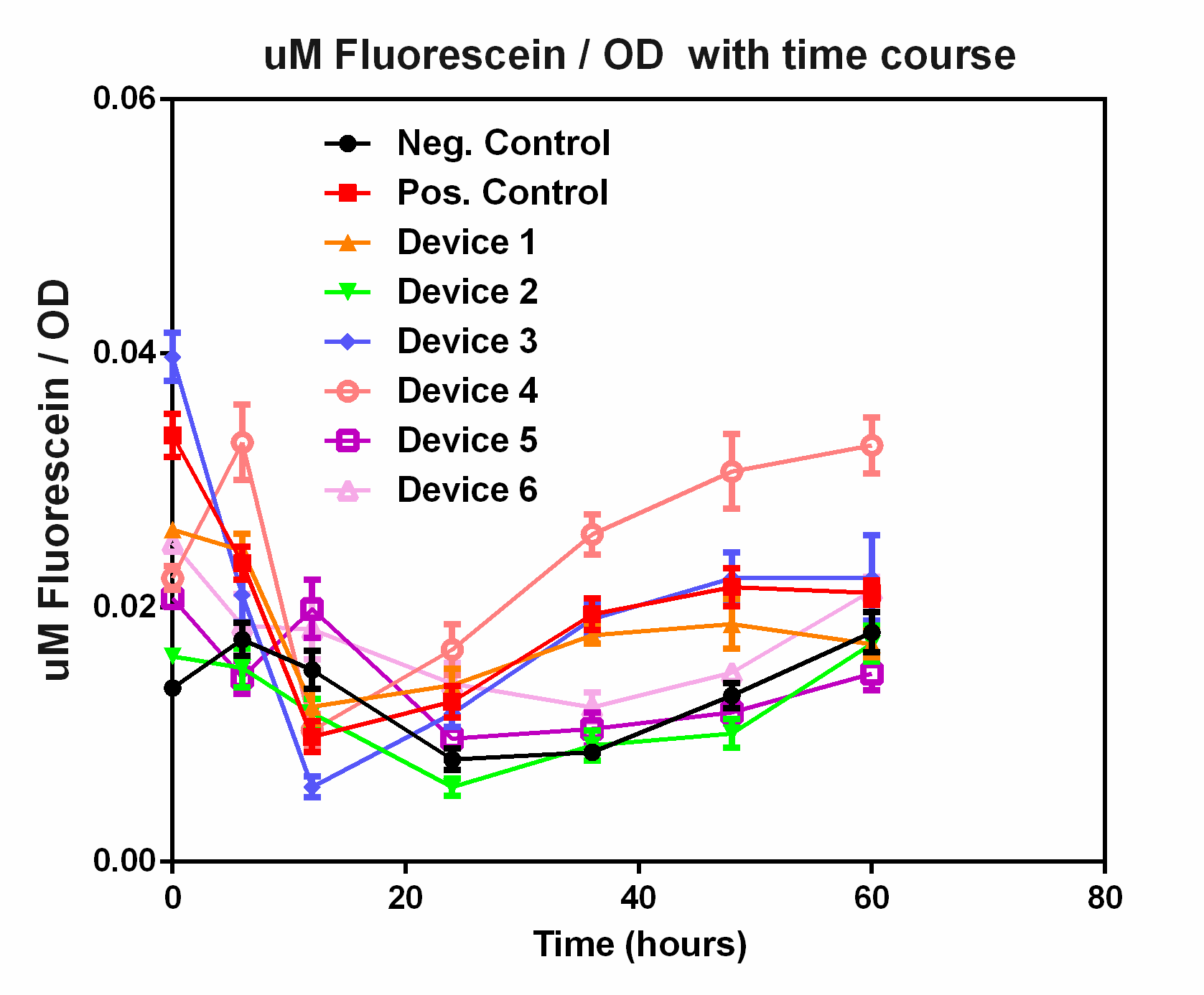 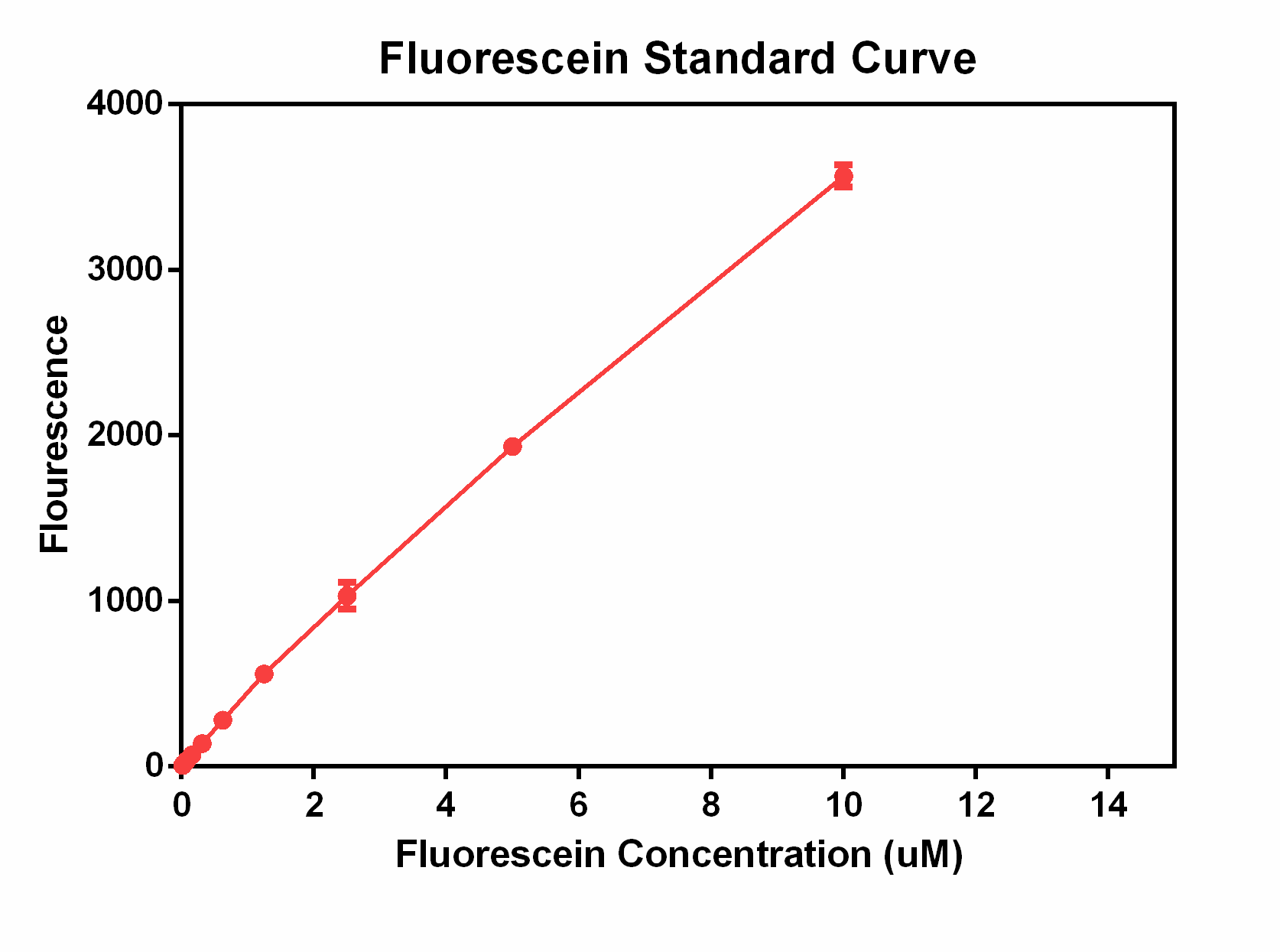 Figure 2.Logging in ordinate and abscissa. Data is standardized by log scale (log 10) to reduce the difference of data and avoid the error of linear data. Pictures 1 and 2 show that the average fluorescence intensity in 0-10uM fluorescein concentration is from 0.28 to 3567.17. Microplate reader (Sigama Varioskan Flash Version 4.00.53) shows a good linear relationship in the detection of fluorescein. 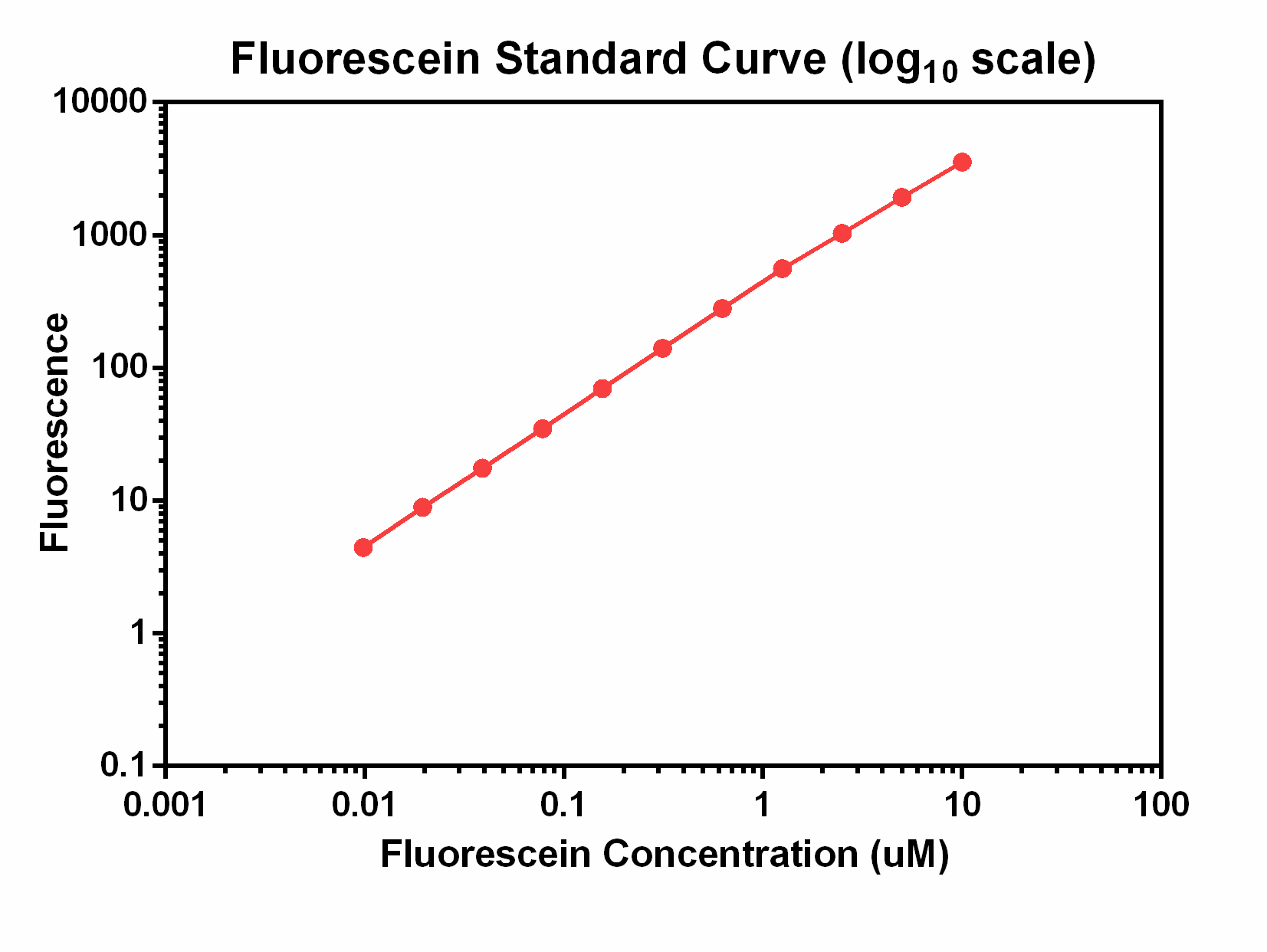 Figure 3.According to the requirements of IGEM protocol, the Particle solution is diluted gradiently, and then establish the Particle standard curve (beads, used to simulate bacterial density). The abscissa coordinate is the number of particles in 100ul, and the ordinate coordinate is Abs 600 (OD 600). Abs 600 absorbance linearly increased from 0.037720 to 0.643000 at 0 to 2.350000 e+008 particle concentration, showing a linear relationship. 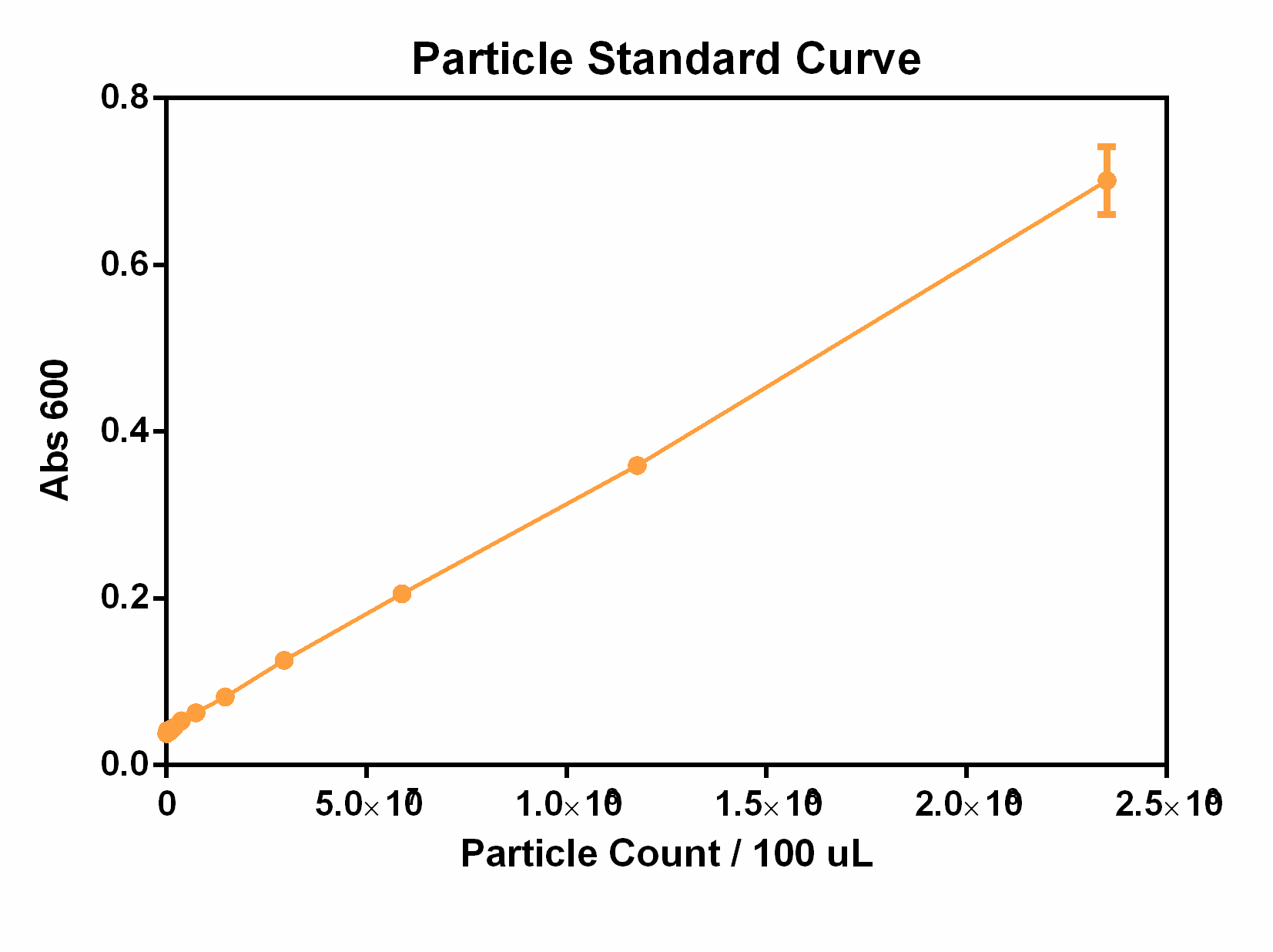 Figure 4.Logging in ordinate and abscissa. We used log scale (log 10) to standardize the data to reduce the difference of data and avoid the error caused by linear data. Therefore, picture 4 data demonstrates that Abs increased from 0.0850758 to 0.643000 in the range of 1.470000e+007 to 2.350000e+008, and the microplate reader ( Sigama Varioskan Flash Version 4.00.53) had a linear relationship in the detection of particle concentration. However, as the particle concentration continued to decline, Abs 600 and particle concentration were no longer linear, but gradually entered the plateau stage at 0 to 7350 000. Pictures 3.4 data shows the importance of data processing methods for experimental results, and log scale can better show the authenticity of the data. 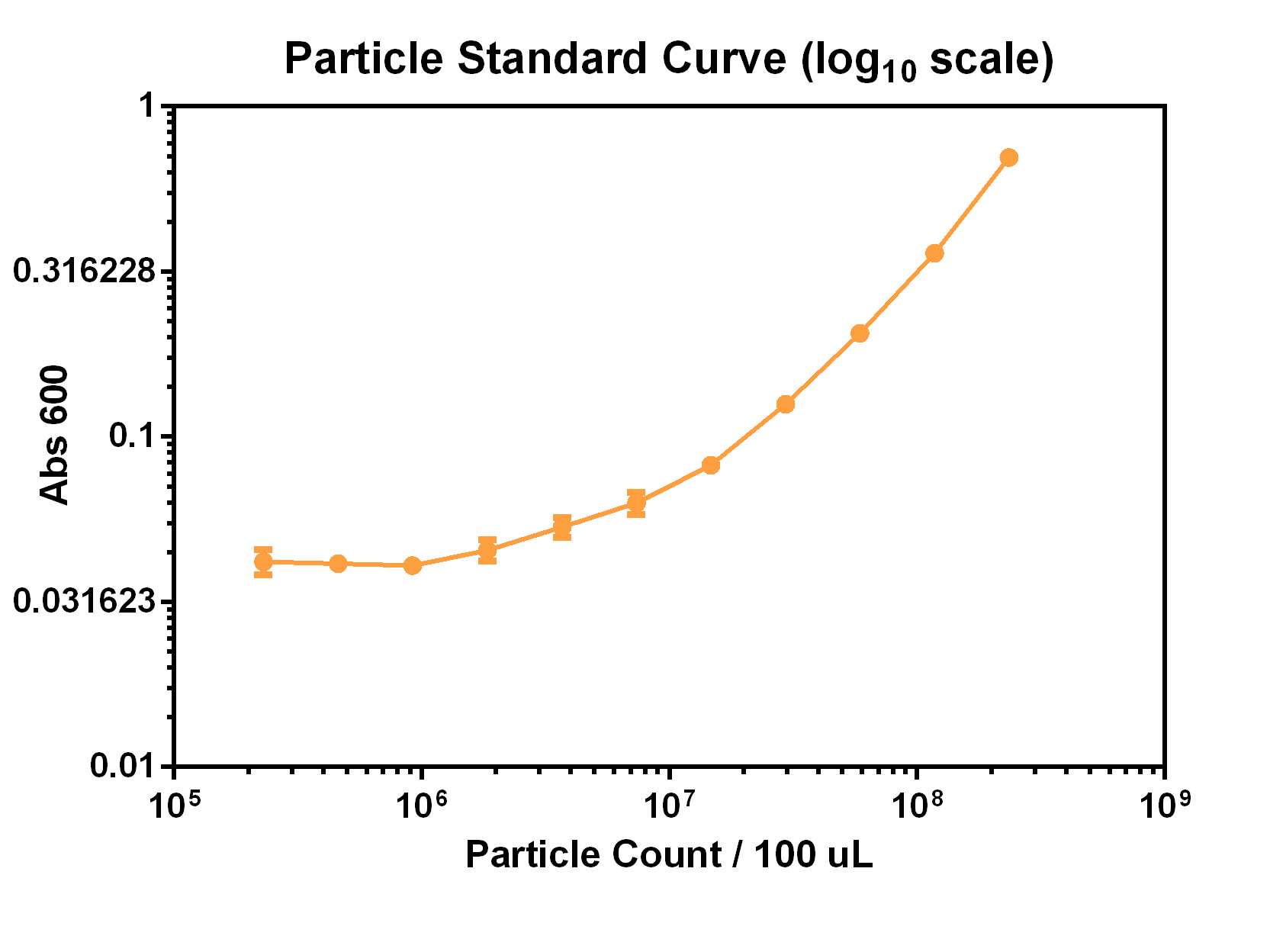 Figure 5.According to IGEM interlab experiment method, the plasmids of 2B, 2D,2F, 2H, 2J, 2L, 2N, 2P were obtained from plate Kit 7 and transformed to DH5a for overnight activation. Microplate reader was used to detect the OD600 of bacteria with different devices and diluted the OD600 to 0.2 by LB medium (Cm). Bacteria was subsequently inoculated to the 50ml centrifuge tube wrapped by foil paper and cultured in shaker with 37 ℃ at 160 rpm. Samples were taken for 0 hours and 6 hours for fluorescence analysis and OD600 determination. This picture shows the fluorescence intensity of different device at 0 hours. 100ul was taken to detected by black 96 well plate. (The Excitation wavelength: 485nm; Emission wavelength: 525nm) 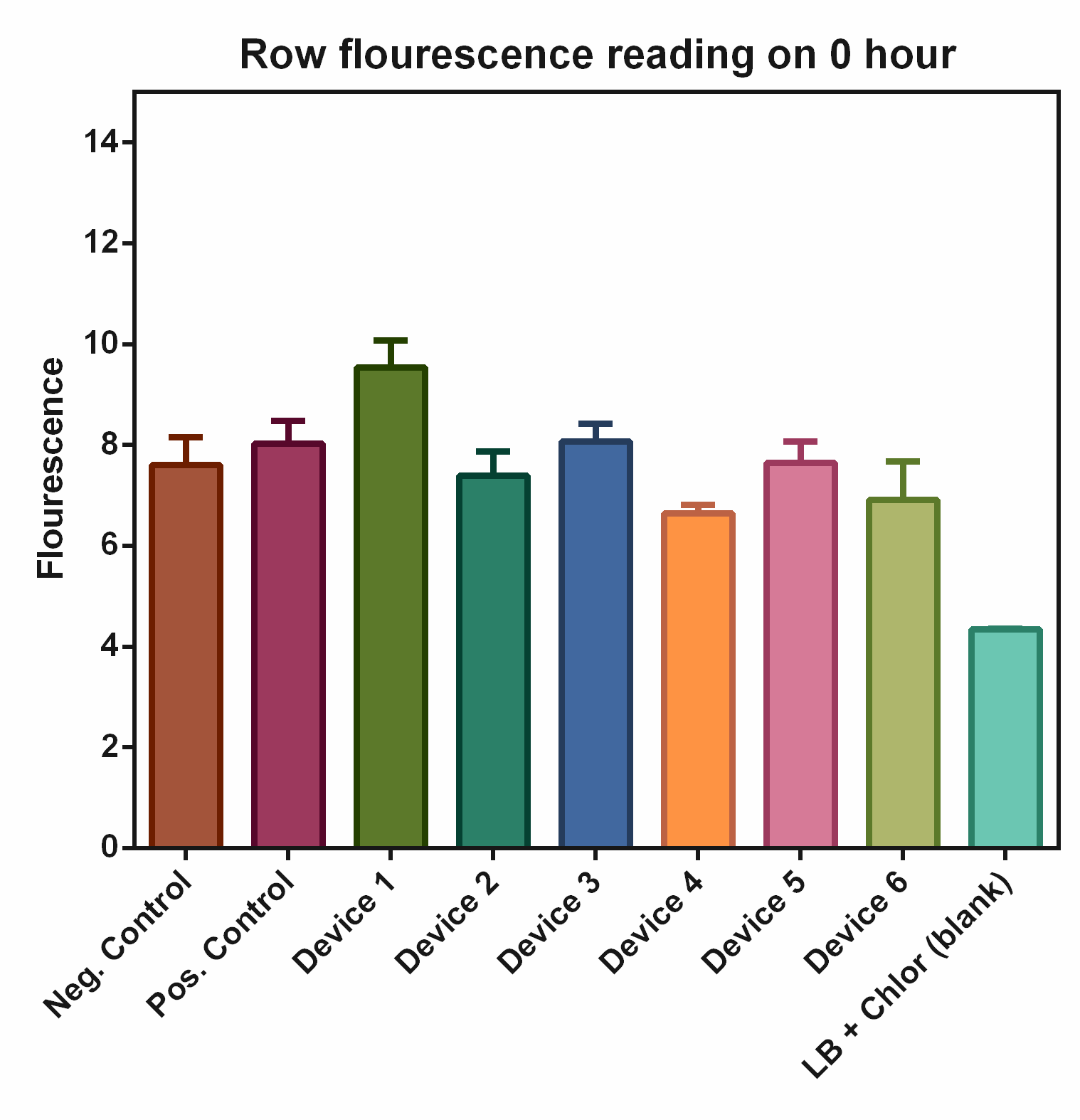 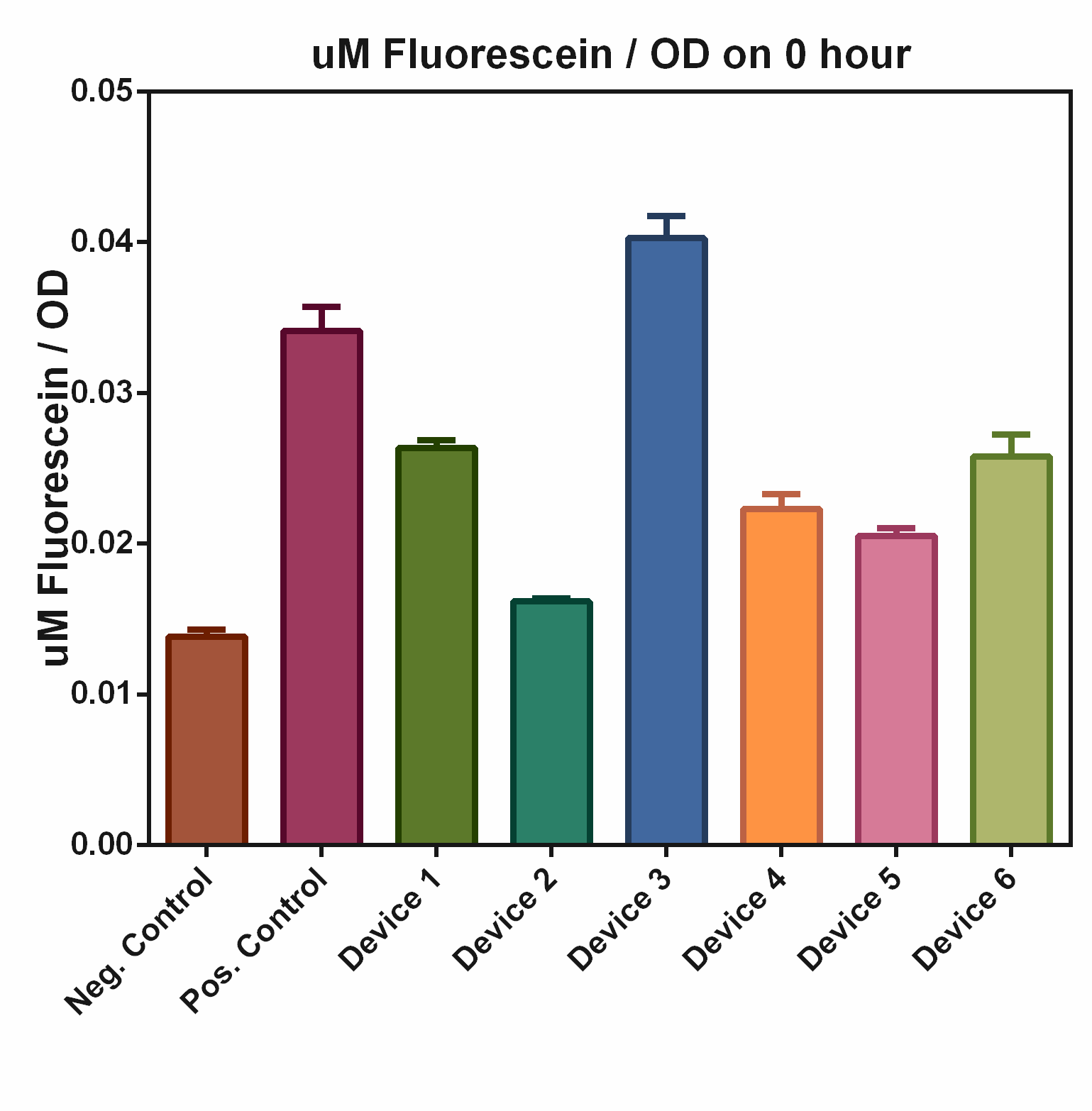 Figure 7.This picture shows the fluorescence intensity of different device in 6 hours. Samples were taken from 50 ml centrifugal tube wrapped in tin foil after 6 hours of culture, and fluorescence was detected in black 96 well plate. 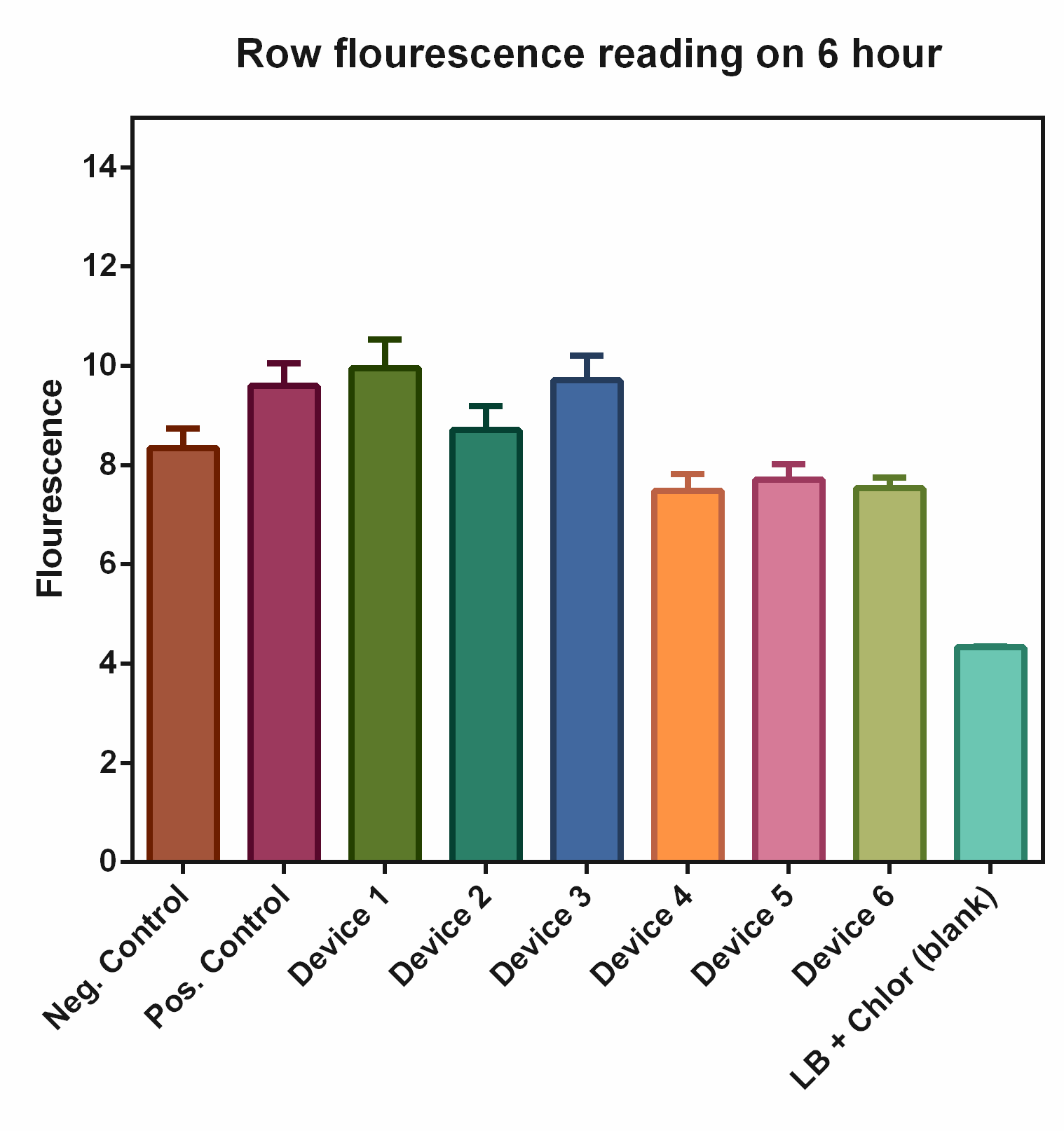 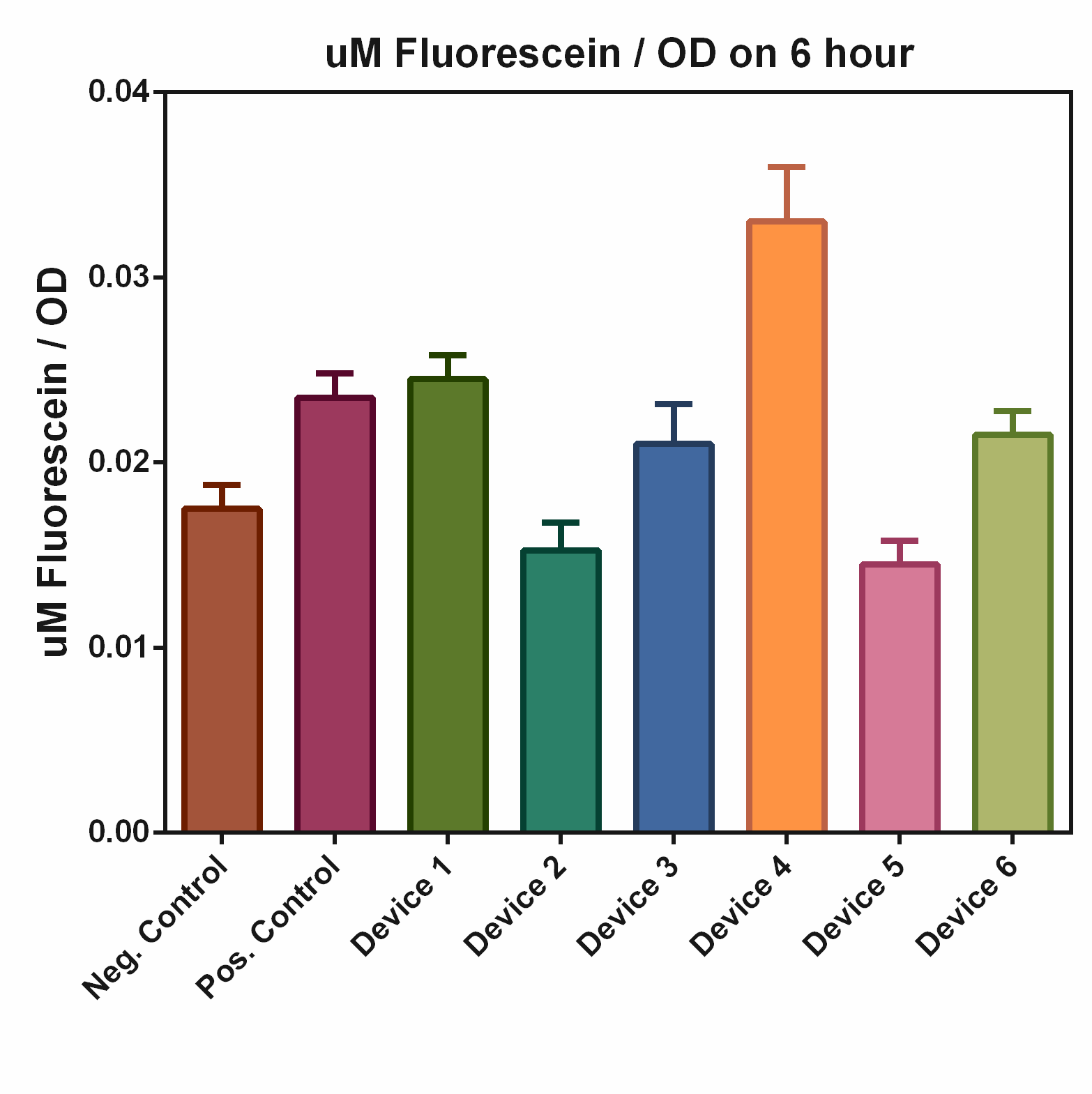 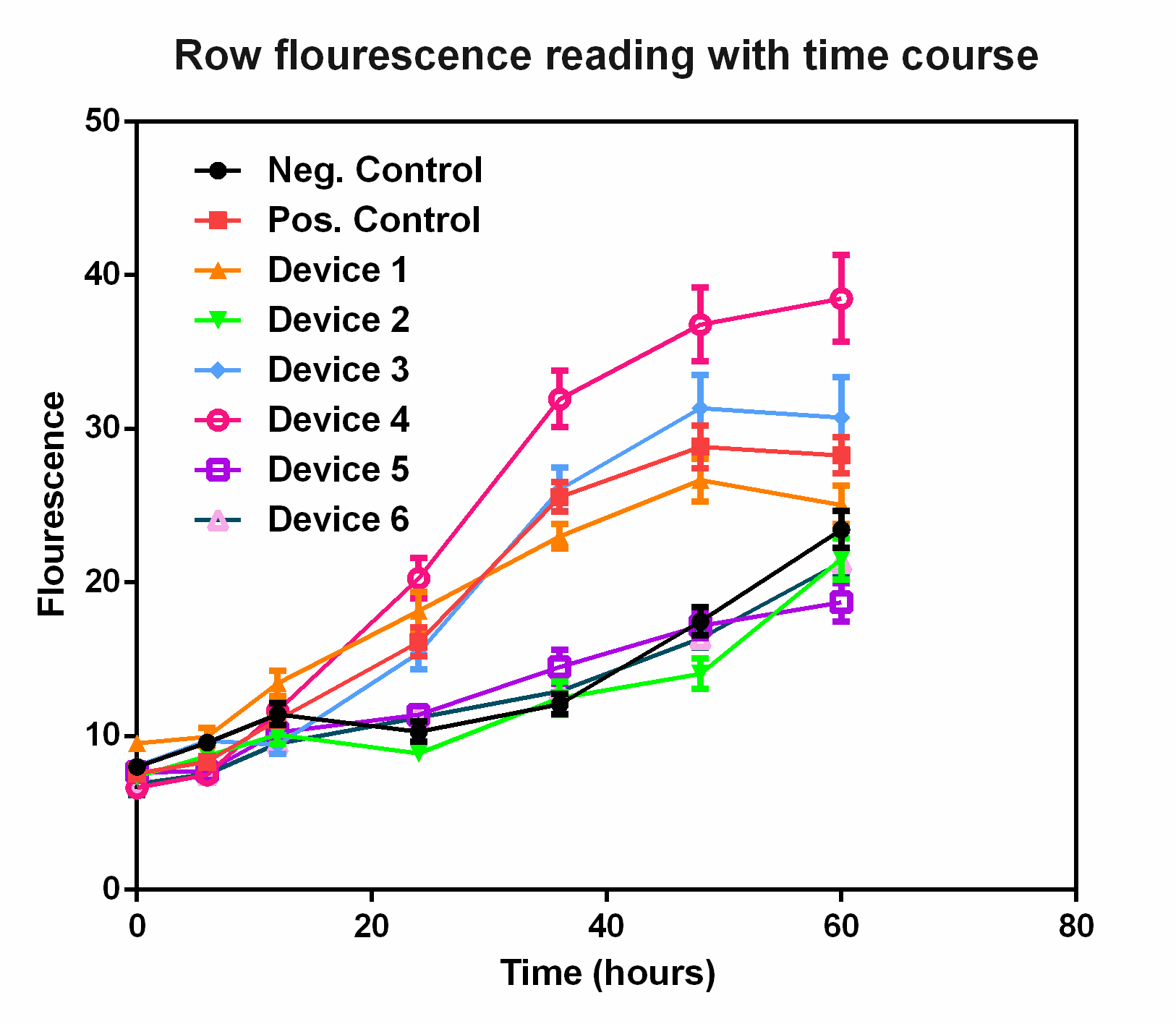 Figure 10.This diagram represents the growth curve of different devices in our experiment. With the change of time, the growth density of bacteria gradually increases and gradually reaches the plateau. We can also observe the growth trend of various devices is different. This may be for following several reasons. First, differences in the activity of E. coli DH5alpha, which may be due to the use of different host bacteria during transformation, or to mild phage contamination. There have been outbreaks of phage contamination in our lab that cause bacteria to die suddenly or become less active in expressing the protein. Second, the influence of device on the metabolism of bacteria. Over-expressed various device may damage the vitality of bacteria itself. Third, the unstable cultivation environment, but this may be not an important factor that needs to consider, which is due to the excellent performance and good reputation of our newly purchased shaker. 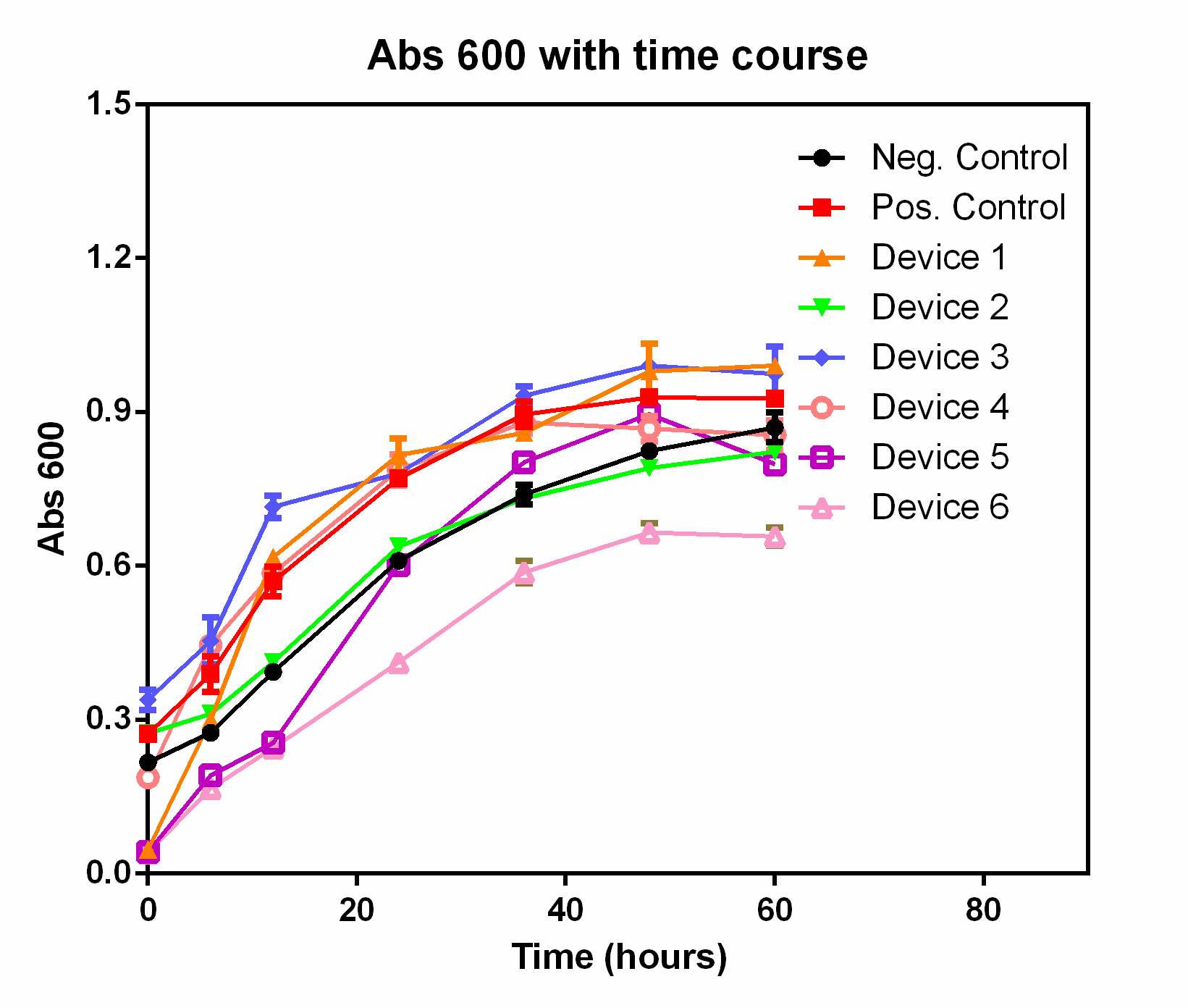