People around the world are growing awareness of their health condition. To monitor the health condition, a wide range of biomarkers, which are special substances in the bloodstream representing the physiological and pathological states, has been used in clinical diagnosis. Blood test is one of the most common ways of detecting biomarkers but it suffers from several inevitable drawbacks such as invasiveness, time-consuming procedure, demand for medical staff service, non-real-time tracking and so on. These disadvantages may discourage people from the periodic medical checkup. Indeed, according to a survey (of 1862 samples) pulled by our team, nearly half of the participants took blood test less than once a five-year frequency, which is impractical for early detection and early treatment of diseases. 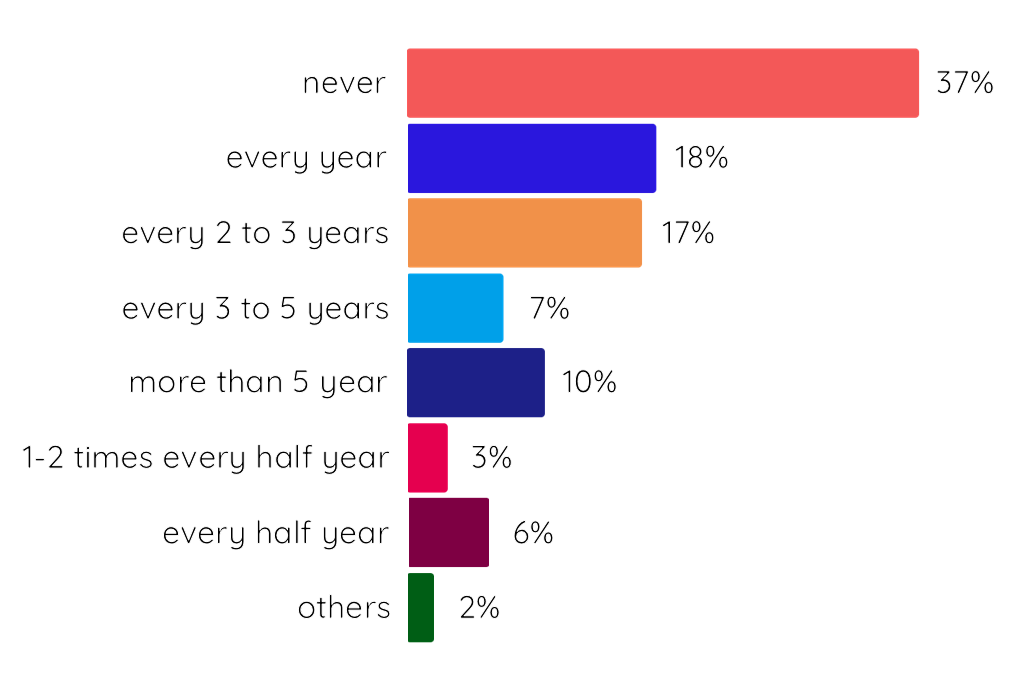 To get rid of limits such as invasiveness and non-real-time tracking, our team proposed BioWatcher, engineered reporter cells that enable detection and autonomous report of soluble biomarkers in the bloodstream. The sensing parts of the reporter cells are powered by nanobodies , the single-domain antibody that can be engineered to detect different biomarkers. Binding of biomarkers on nanobodies triggers our synthetic gene circuits and, in turn, induces autonomous bioluminescence system as the readout for devices to detect. This kind of autonomous reporting system can have great varieties of applications by installation on wearable devices, watches for example. With the required software, the wearable devices could track the level of risk factors by measuring the bioluminescence radiance and record the data as numbers and graphs. It will send an alert to users once the level of the risk factors is too high. Meanwhile, there will be suggestions for nearby hospitals according to the users’ location. The system will also upload and attribute the data to public health analysis under the users’ consent. With BioWatcher, we hope to watch everyone's health daily and prevent death caused by late treatment. Moreover, this system will be even more useful and required for patients with fear of cancer recurrence even though BioWatcher is not limited to detecting cancers. We believe BioWatcher has the potential to be a revolutionary diagnostic approach! 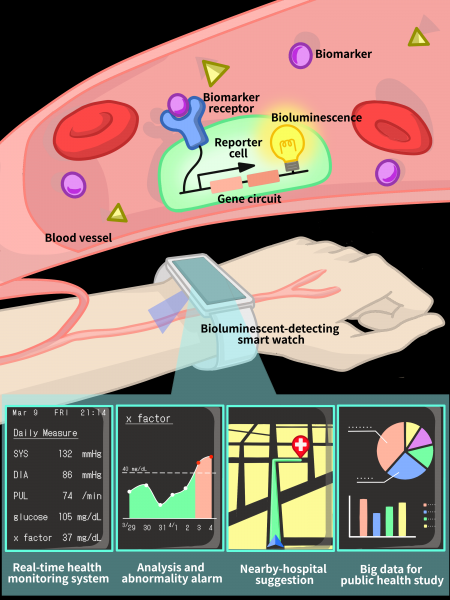