Bringing the innovative projects in lab to the pubic is a step forward to adapting the ideas into reality. On one hand, the practicality of the project is examined. On the other hand, it’s extremely exciting to spread the fun and the possibility of solving the unsolved using biology. Hsinchu Girls Senior High School collects top students in this city. With passion, we help the clever youngsters to get a glimpse of the amazement synthetic biology brings and hope to bring enthusiastic new blood into the field.


On August 14th,we introduced synthetic biology, how it affects the world, how biobricks are built in lab, our project—BioWatcher and iGEM to these brilliant students (Fig. 1). Upon the discussion about BioWatcher, the students were so excited and many questions were raised.

Since our project highly concerns health issue, we aim to raise public awareness about the importance of early diagnosis and early treatment. At the end of the session, we gave a quick survey about their blood test frequencies. It turned out that, as expected, only a few of them get blood tests regularly in hospitals and further confirm the necessity of BioWatcher. 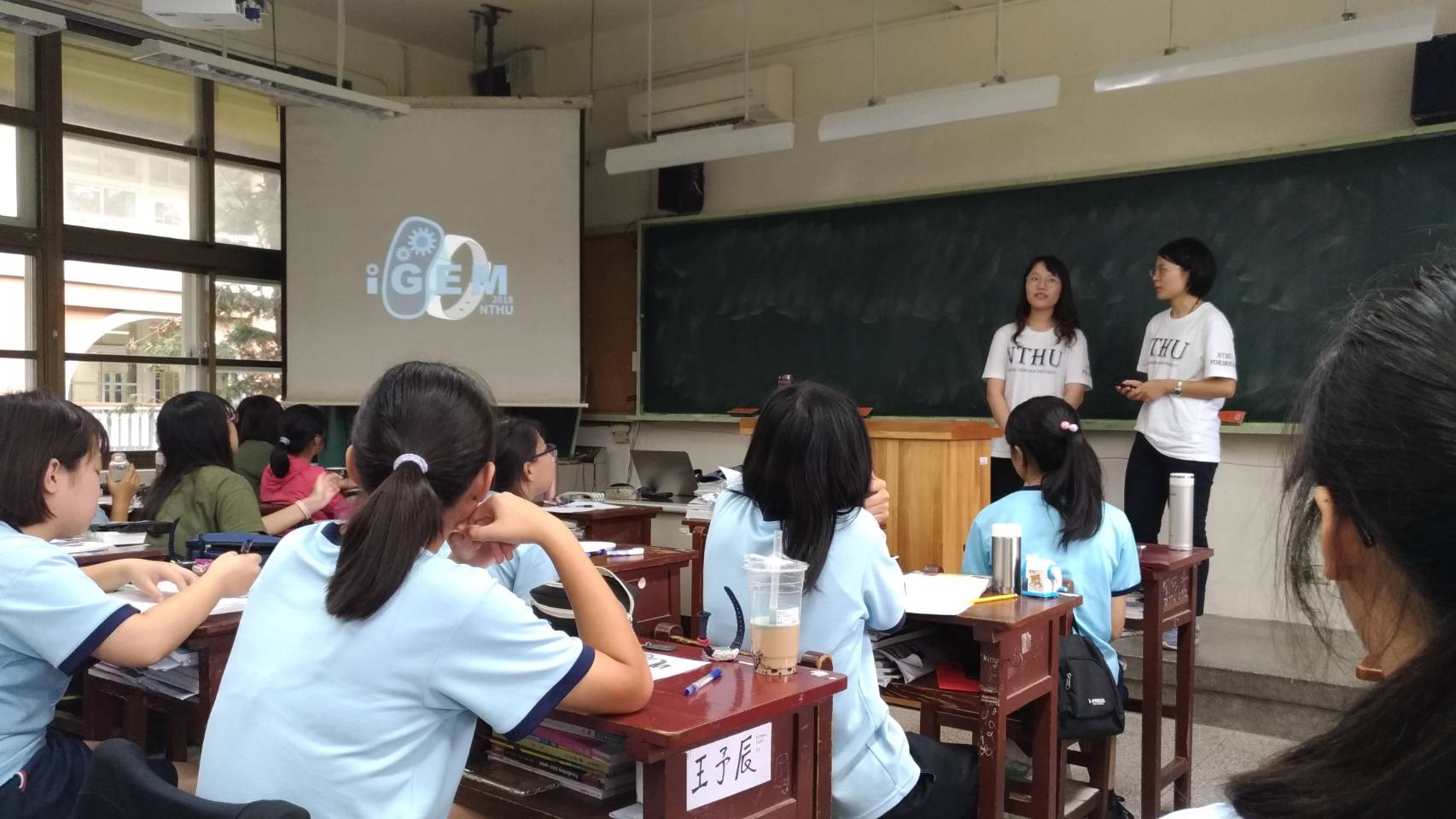 
Paying our maximum effort to promote synthetic biology, iGEM and the project of our team, we hope to introduce the fun and potential in biology to everyone and bring new enthusiastic blood into the biology field in Taiwan, where bio-industry is less popular than semiconductor industry.


TsingHua Bauhinia Day (campus fair) is the day when high school students from all over the country visit our campus to learn about all departments. On May 12th, paying our maximum effort to promote synthetic biology, iGEM and the project of our team, we introduce the fun and potential in biology to high school students and hope to bring new enthusiastic blood into the biology field in Taiwan, where bio-industry is less popular than the semiconductor industry(Fig. 1).


It was quite disappointed at first when very few students showed their interest in biology. However, as we vigorously presenting our project with passion, the fact that biologists can create plenty of fun experiments in labs attracted groups of people to gather around. Our audiences on this day were not limited to students but parents and any relatives that came along, all of whom contributed to a survey we collected. With rising interest and curiosity in synthetic biology and iGEM, many questions were raised (the most frequently asked questions are listed below) and, as a result, we successfully promoted iGEM, synthetic biology and gave publicity of BioWatcher and idea. While we collected public views toward BioWatcher, we hope, in this way, to raise awareness of both public and individual health condition and appeal to them the importance of early diagnosis and early treatment. 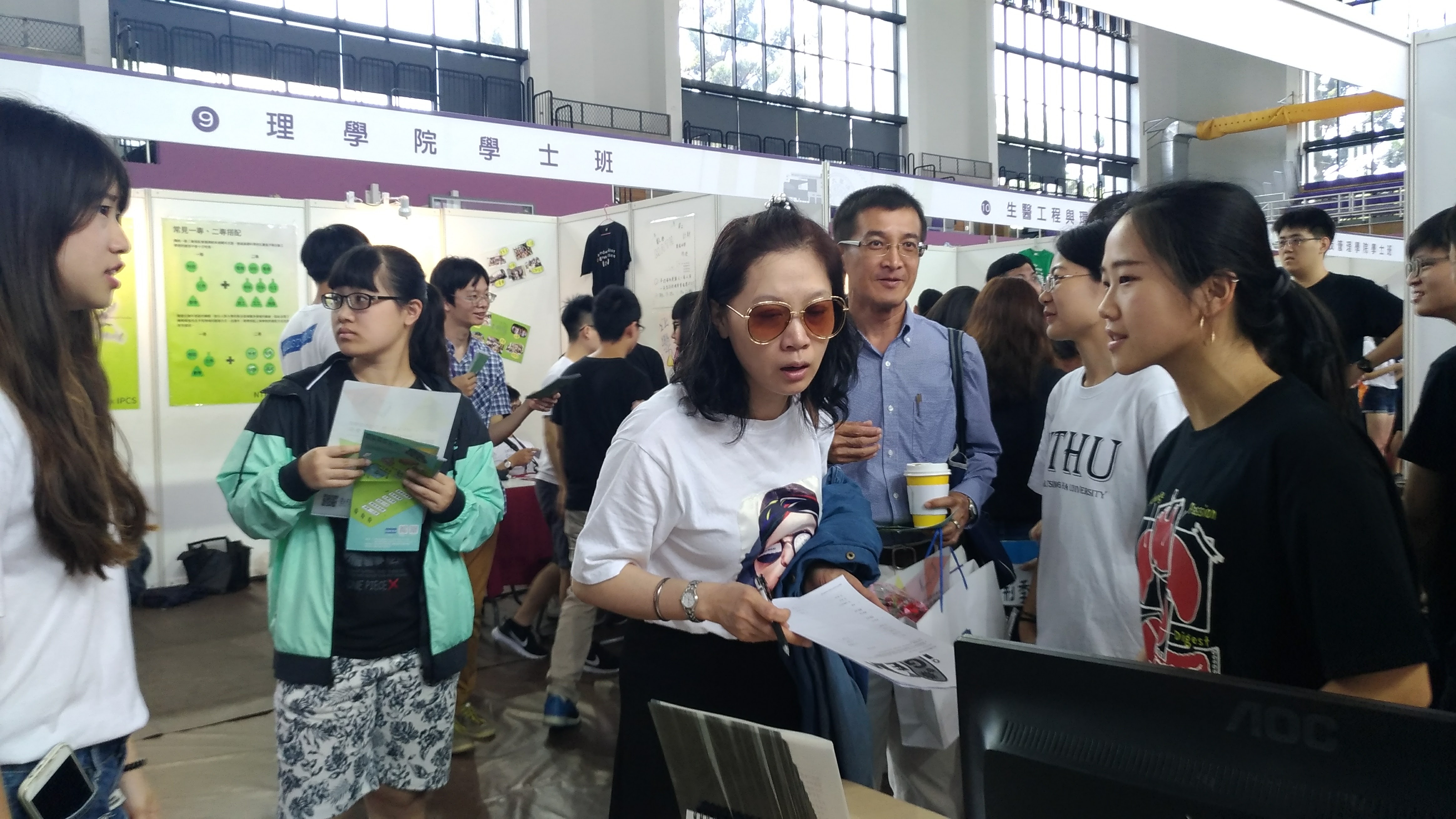 1. What’s the significance of our project?

Wide application :
Before this system can be used in human, it can be applied widely in lab experiment animal models, such as zebrafish. The autonomous report system will be a convenient tool for scientists in qualitative measurements.

Non-invasiveness :
To increase convenience in the blood test for all users, we establish a non-invasive biofactor measurement system with the help of autonomous reporter cells and bioluminescence-detecting smartwatches. In this case, the blood test can be taken more frequently and easily at home, which will increase health awareness and transform the catchphrase-- “early diagnosis early treatment” into live.


2. Is the design of BioWatcher better than the current blood test?


Yes! The current blood test is the most direct approach for everyone to learn about his/her bodily health. However, it’s rarely performed due to its several drawbacks, invasiveness, time-consuming procedure and the fact that it can only be carried out with the help of medical professions. Although new smart wearable devices attempt to deal with these problems by offering noninvasive measurement and instant report, what the trackers can tell the users, such as heart rate, steps taken and calories burned, are not direct and useful indicators for early-stage diagnosis.


3. Are we sure that this system can be used in humans?


Not until the experiment can successfully prove feasibility will we be able to give a confirmed answer. However, even at the worst scenario--failing to apply this system in humans-- this design can be widely applied to other experimental animal model. BioWatcher is going to be a great help to scientists and bring them immense convenience and efficiency in labs. 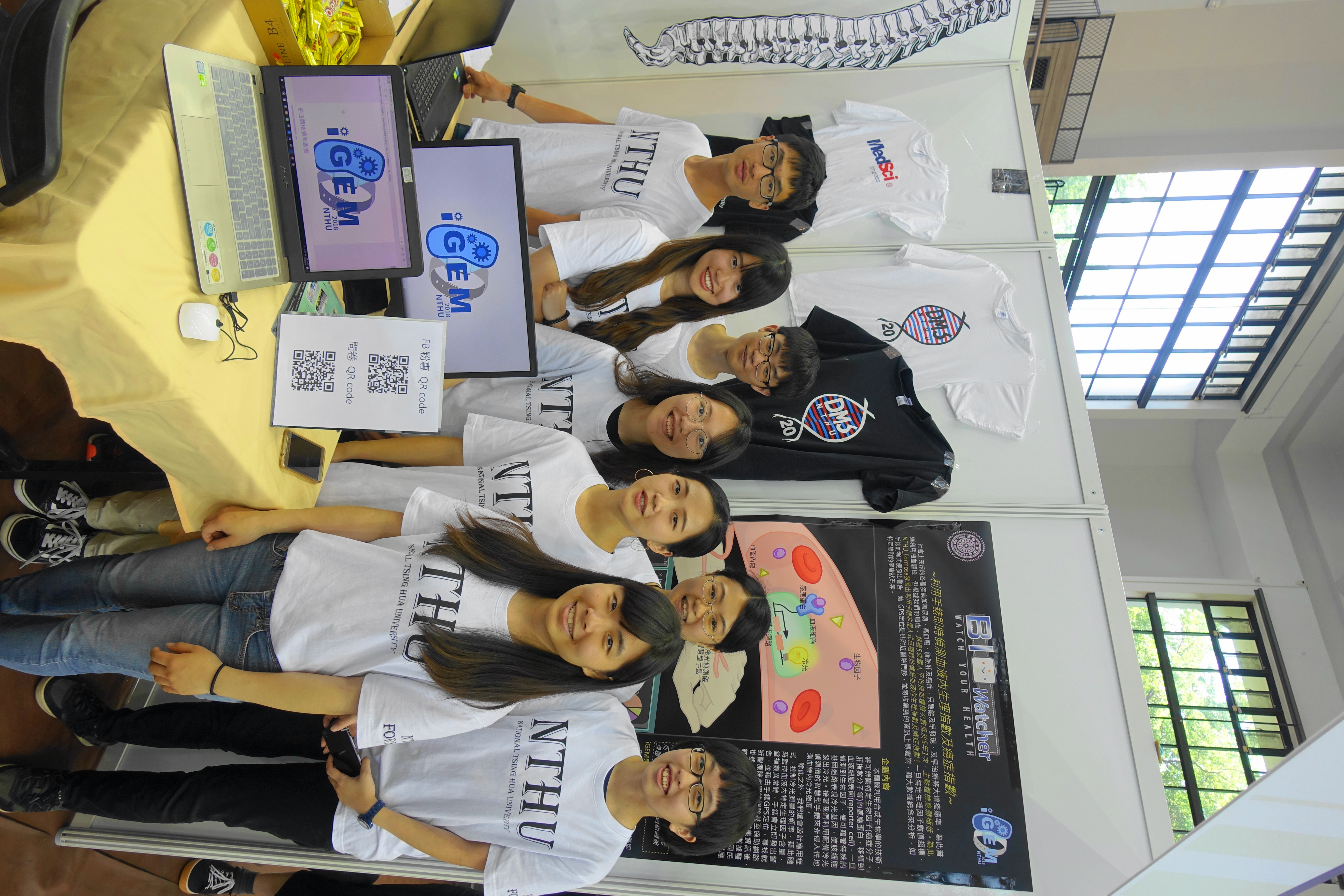 We are very grateful for all the questions asked that once again examine and improve BioWatcher. 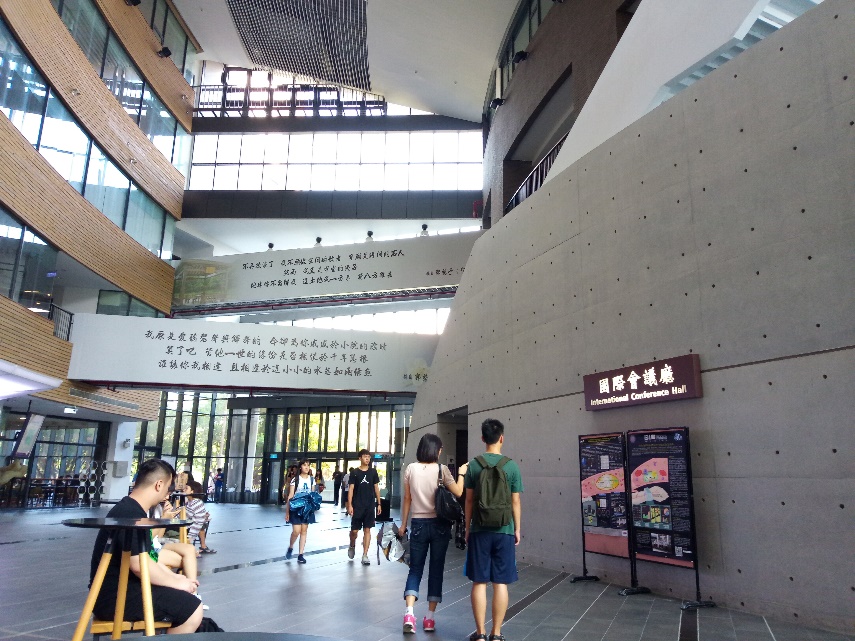 Fig. 1. Presenting our poster in front of the National Conference Hall and the library.

We tried many ways to introduce synthetic biology, Biowatcher and iGEM to the public. One of them is presenting our posters in both Mandarin and English in front of the National Conference Hall and the library of National Tsing Hua University(Fig. 1) where hundreds of students and visitors sit, hang out and pass by every day. We hope to share with as many people as we can the fun and potential that biology can bring into the future.