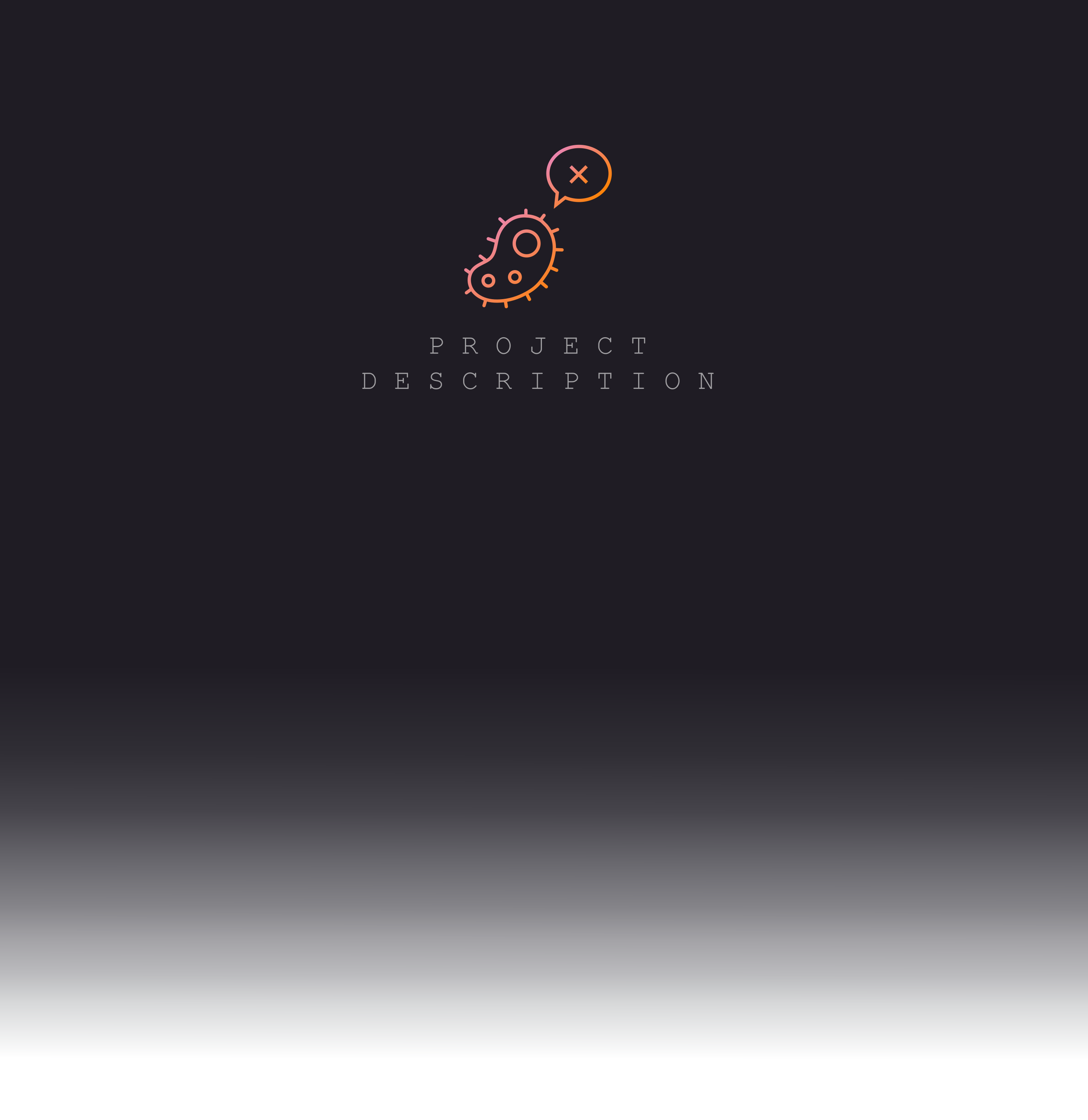 Bacteria are able to protect each other and communicate in a slimy layer called biofilm. Biofilm formation is very common in nature, but there can be major consequences when the wrong bacteria settles in these environments. Among the most urgent cases the biofilm can cause infections in wounds and on prosthetics, reduced antibiotic sensitivity, damage of equipment and clogging of tubes and machines in offshore and production industries. We have learned through interviews that there is no sufficient way to remove biofilm.

Biofilm and Quorum Sensing – What is it?

This slime layer as described above is called biofilm. Biofilm is an accumulation of bacteria incapsulated in a protective layer of self-produced macromolecules (carbohydrates, proteins, lipids and nucleic acids) that most bacteria synthesizes. Bacteria communicate and detect the number of cells in the bacterial population with a mechanism called quorum sensing. This is done by detection of several important signaling molecules like Autoinducer-2 (AI-2) in the case of E.Coli. The bacteria detects AI-2 which induces the production of more AI-2. When the number of molecules in the environment exceeds a certain threshold, the bacteria initiates the production of biofilm components. By communicating like this, the bacteria knows how many other bacteria that are present. The bacteria will save energy by only producing biofilm components when the bacteria density is adequate (Figure 1).

The goal is to reduce biofilm production by hindering the bacteria's ability to communicate. Our project aims to reduce bacteria’s ability to produce biofilm by inhibiting their quorum sensing mechanism. This can be done by repressing the luxS-gene which is partly responsible for the biofilm development. LuxS is one of the most important proteins that in the end leads to the production of Autoinducer-2 (Figure 2).

By creating a Crispr interference-system we target the luxS gene which will be repressed, and prevent or greatly reduce the formation of biofilm.

We have chosen to work with Escherichia coli, more specifically the strains TG1 and DH5a. This is because E.Coli is both well understood and predictable. The TG1-strain naturally forms adequate biofilm. Biofilm form in nature all the time, but not always in the laboratory. To therefore get valid data in the lab, the biofilm assays will be performed under various media conditions. The goal is to closely imitate a natural environment.

Another aspect to the project is to present a solution that possibly could be used at hospitals. We hope to achieve this by using bacteriophages, also called phages, which are viruses that target and infect specific bacteria. By using phages, we will therefore be able to only target the hostile bacteria while preserving beneficial bacteria which are essential to both the environment and to us.

CRISPR interference is a technology where a gene can be inhibited or activated without removing the specific gene sequence. This method of activation or inhibition provides a sequence-specific possibility to regulate gene expression on a transcriptional level. In our case the goal was to inhibit the luxS-gene sequence. This was done by using a dCas9 protein instead of the usual Cas9, it is called a dead Cas9. The dCas9 blocks transcription by negative control. To ensure that the luxS-gene sequence was blocked, an anti-luxS sequence was inserted into the pgRNA (guide RNA). The anti-luxS sequence is complementary to the luxS-sequence. The guide RNA will then be able to guide dCas9 to the correct position where it inhibits the correct gene sequence and blocks transcription (Figure 3). The inducer for this CRISPRi system is the antibiotic Tetracycline.