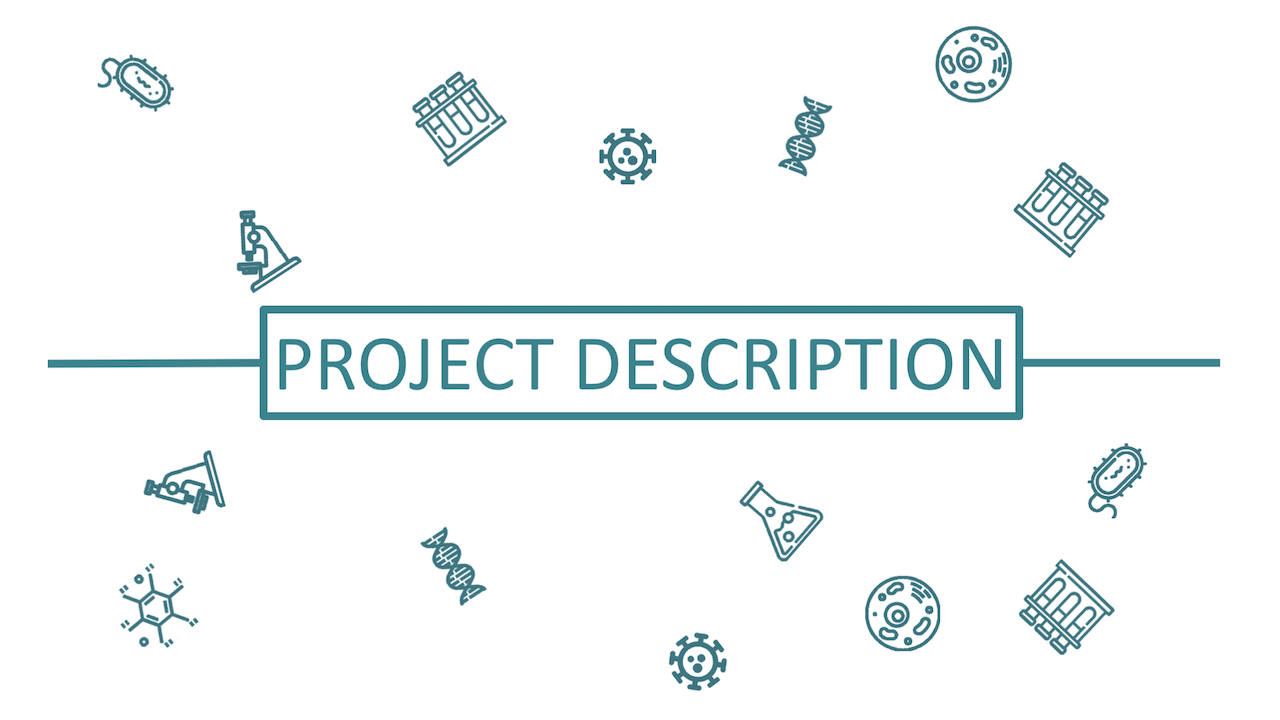 Androgenetic alopecia (AGA), commonly referred to as male-pattern baldness, is a type of hair loss in a well-defined pattern that mostly occurs in men. In men, this specific hair loss pattern leads to the formation of an “M” shaped hairline, and gradually proceeds to partial or complete baldness, while women generally suffer thinning of hair[1]. Symptoms of AGA may start from a young age, and the risk increases with age. The prevalence of AGA in men above 50 years old is higher than 50%, in some countries and regions[2].

The current understanding of the mechanism underlying AGA shows that AGA is highly related to dihydrotestosterone (DHT). DHT is an androgen hormone formed from the catalyzation of testosterone via 5alpha-reductase. The androgen receptors in the dermal papilla (DP) cells would bind to DHT, and thereby upregulate the expression of dickkopf 1 (DKK-1). DKK-1 would, in turn, be released from DP to follicular epithelial cells[3]. The low-density-lipoprotein-related protein 5/6 (LRP5/6) and Kremen protein on follicular epithelial cells then bind to the secreted DKK-1, resulting in the inhibition of the Wnt/ß-catenin pathway. The inhibition of Wnt/ß-catenin pathway inhibits the growth of root sheath cells in hair follicles[4]. This process eventually shortens the anagen phase of hair growth and causes miniaturization of the hair follicle, leading to hair loss[5]. 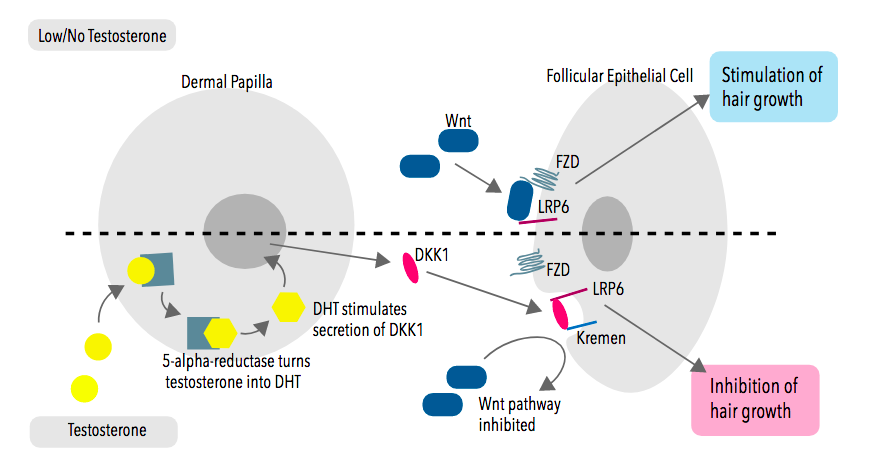 People in both Asian and Western countries worry about hair loss. According to US Pharmacia Consumer Health Care’s estimations, men spend around $800 million on hair transplant and $225 million on baldness medical treatment per year, adding up to over $1 billion fighting AGA every year[6]. They have also invested $60 million in vitamin and nutritional supplements to regrow their hair. In Taiwan, the rate of hair loss is 39% with the majority of hair loss occurring in young men (60%). South Korea has an even higher incidence of hair loss at a staggering 47%, though their baldness tends to occur at an older age, with only 30% recognising hair loss between the age of 25 and 30[7]. In the UK 40% of men have noticeable hair loss by age 35, 65% by age 60, and 80% by age 80. In Europe, British men worry the most about balding and 60% of hair loss sufferers would rather have more hair than money and friends[8].

Current treatments for androgenetic alopecia include medications such as Propecia and Finasteride. They block the effect of DHT on hair follicles. The medications are successful in treating male pattern baldness in men[9]. Nevertheless, there are common side effects associated with those drugs such as breast enlargement, decreased libido, erectile dysfunction and ejaculation disorders. Even more serious side effects include increased risk of developing undesirable prostate cancer and male breast cancer[10].

We interviewed an expert in hair loss from the Department of Dermatology of Taipei Veterans General Hospital, Dr.Chih-Chiang Chen[11], on the current problems in treating androgenetic alopecia and possible solutions. Dr Chen indicated that the biggest problem of current research on hair loss pattern in human is that there is no good model for scientists to find remedies for the shrinking of hair follicles, which in turn makes it difficult to examine the effectiveness of drug candidates for treating androgenetic alopecia.

Our team aims to provide a quick and easy platform to determine the effectiveness of hair loss product without animal or human testing. Since over-expression of DKK-1 is one of the main contributing factors that lead to AGA, the fast screening of effective products can be done by detecting the change in DKK-1 secretion levels after the products are added to the cells. If the expression of DKK-1 is down-regulated, the product can be a potential candidate for AGA treatment. To do so, our project is divided into two parts, each using a different method.

This part uses an androgen-responsive DP cell-line to evaluate the response of DP cells to a different medicine. A luciferase producing gene along with DKK-1 promoter will be added into the cells via transient transfection, and the detection of DKK-1 protein amount can be determined by quantifying the amount of luciferase produced.

The second part is similar to the first one, except we will use HEK 293 cells as our cell model. This is because DP cell-lines are relatively expensive and difficult to raise. If the design with HEK 293 proves to accord with that of DP, it would be a cheaper and more accessible alternative for drug selection.

This part applies the fluorescence resonance energy transfer (FRET) technique to determine the quantity of DKK-1 molecules secreted by cells, so it does not require transfection or creation of a new cell line . In this part, two fusion proteins, each with a different binding site to DKK-1 and a different fluorescent protein, are designed to bind to extracellular DKK-1 at the same time so that a more significant FRET can happen when DKK-1 is present. The additional amount of fluorescence emitted due to the presence of DKK-1 can be used to quantify the amount of DKK-1. This method is both convenient and affordable since E.coli is used for the production of proteins required. Also, this extracellular method allows users to conduct medicine selection via different kinds of cells and can, therefore, be used in other research related to DKK-1, creating a potential for wider application. Furthermore, the FRET method is both cheaper and more convenient than the traditional ELISA method, providing a better choice for high-throughput screening (HTS). 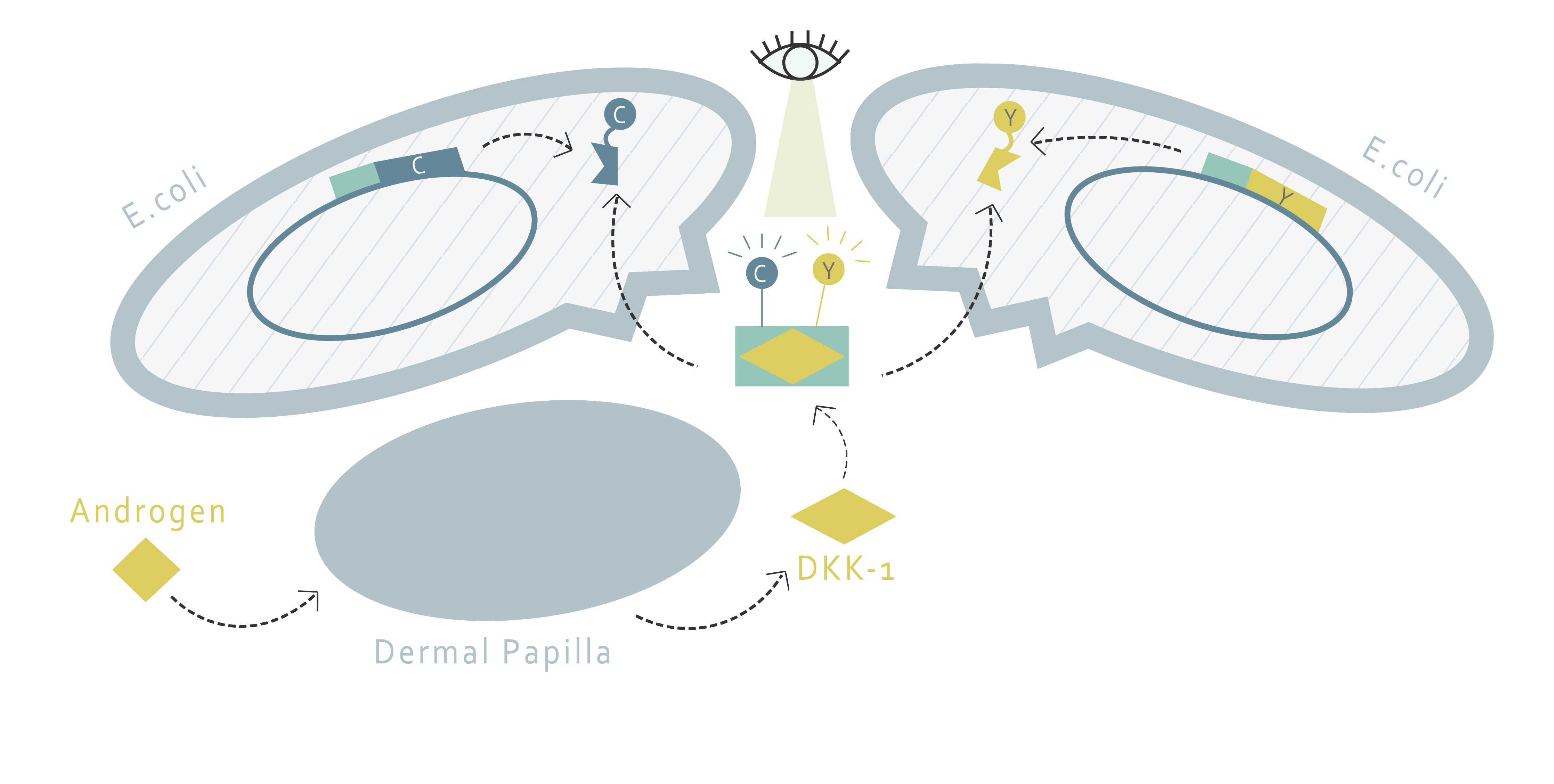