Teams from both the University of Florida and Florida State University participated in iGEM during the 2017 competition cycle. Our collaboration last year consisted of video conferences and a joint YouTube channel. This year, we decided to step it up a notch and meet each other in person! The first team collaboration event was a Florida iGEM Summer Social hosted by the UFlorida team. We started off the day with icebreakers and team introductions. Each team then presented a project overview and future experimental goals. Aspects of community outreach, human practices, and future collaborations were also discussed among students. This portion especially provided insight about how the UFlorida team could expand our project. It also set the foundation for our future collaboration involving diagram modeling.

After all the technical and experimental conversations, it was time to eat! Everyone carpooled to our university’s Lake Wauberg recreational complex and had a grill-out next to the water. We spent several hours playing volleyball, chomping on burgers and hummus, and engaging in team building exercises. This bonded the Florida teams in a way the video calls could not accomplish last year. 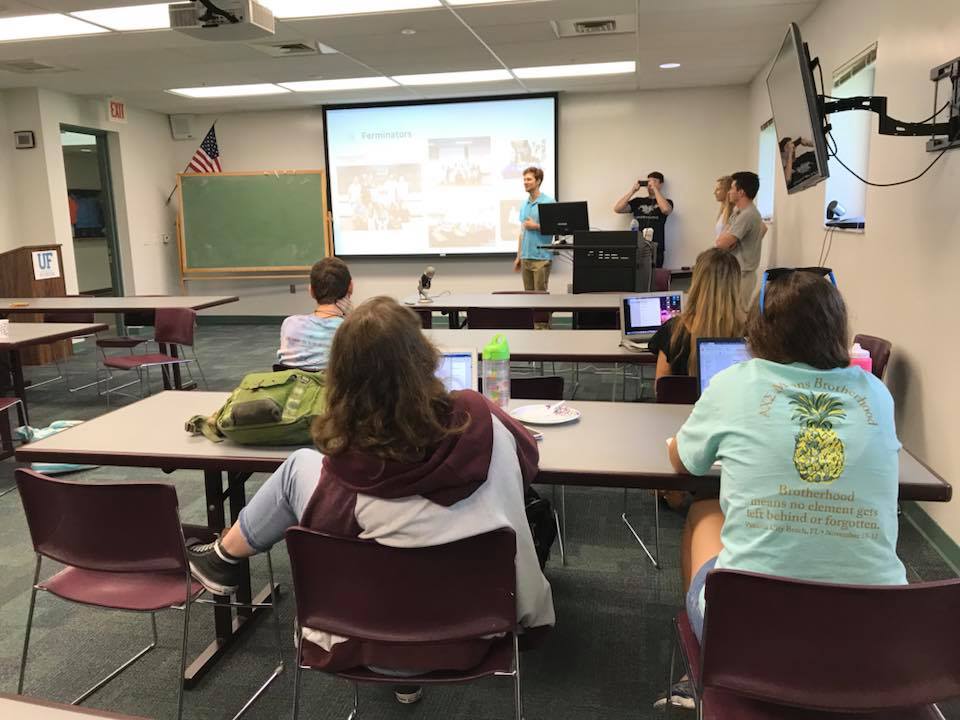 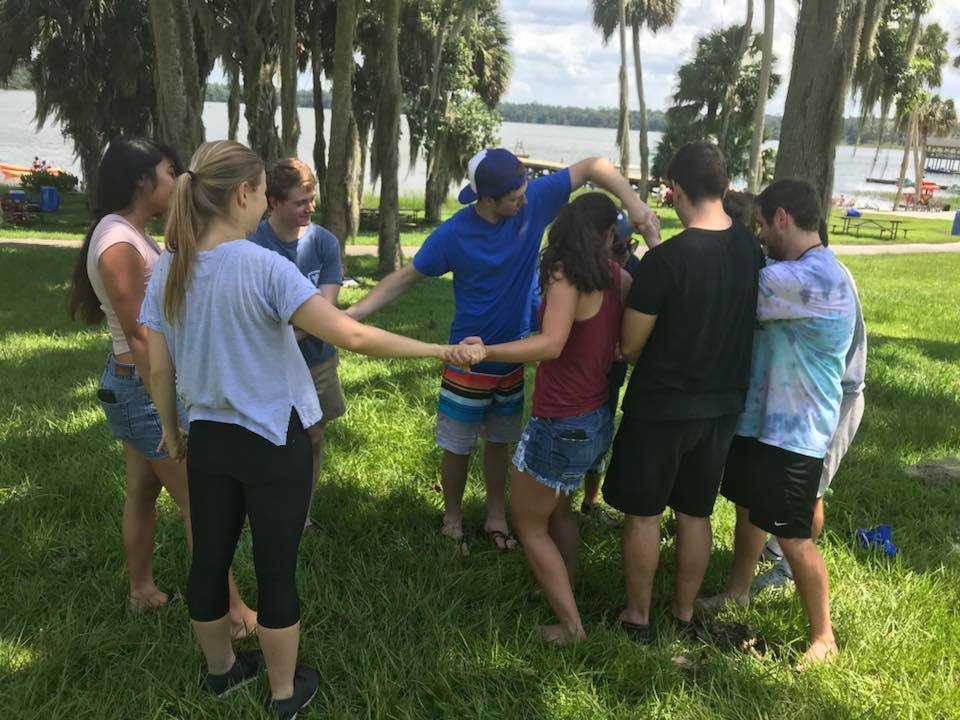 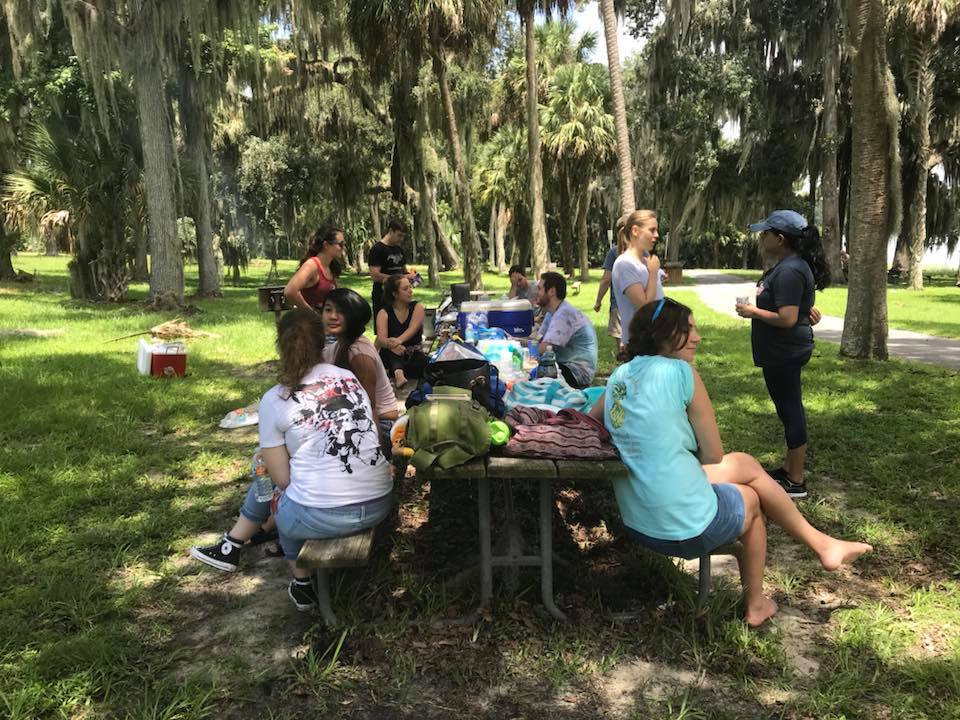 Students from Florida State University drove for several hours to attend the Florida iGEM Summer Social. In late September, it was our turn to make the drive, and a small group of us made the trip to visit our partners in science. We spent several hours in a conference room at the College of Medicine where the FSU team has their laboratory. Dr. Cesar Rodriguez is the FSU team mentor and has been involved with iGEM since 2009. His advice was amazing to receive, and it gave us plenty of insight on how to go about styling our wiki and finishing up our collaboration. 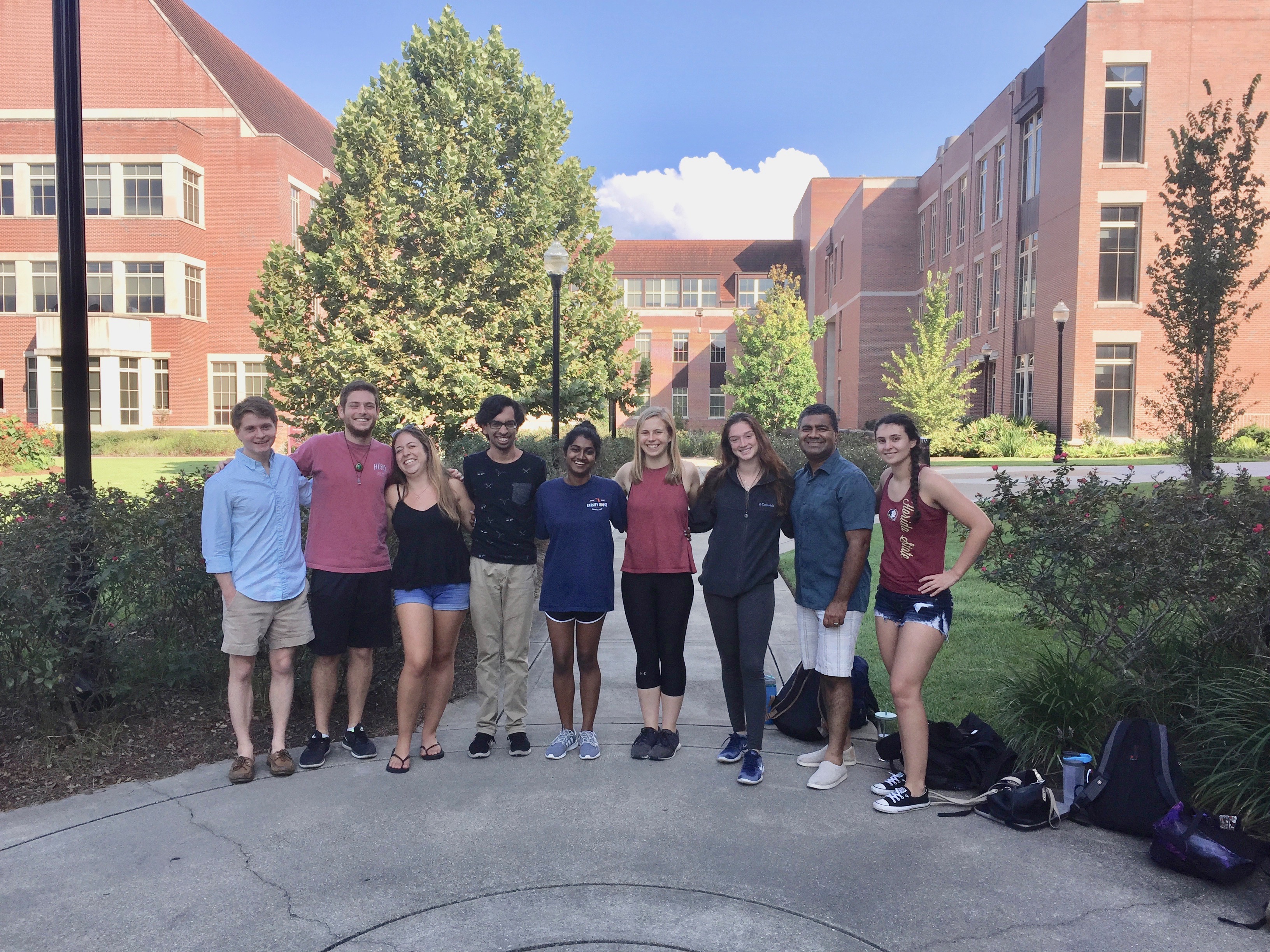 The collaboration led us to integrate FSU’s approach to biological system design modeling into our project. An important aspect of synthetic biology is the creation and use of standard parts, much like puzzle pieces. Systems biology graphical notation is a standardized diagram format. This allows scientists to understand the entirety of an example biological system and visualize how the pieces fit together. Using recommended software and characters, our team used this graphical notation to display our biological pathway. Thankfully our system is not too complex to depict ... although assembly of the system proved to be a bit difficult! 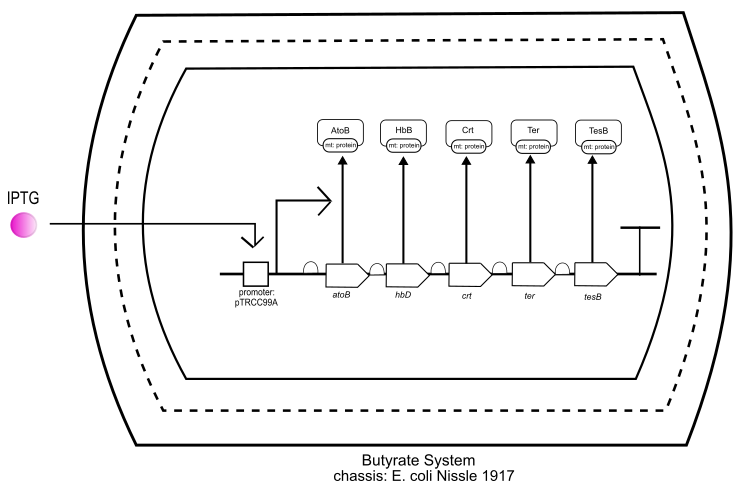 One of our simpler collaborations included making a 15 second segment of a music video to the song “Moves Like Jagger” by Maroon 5, which was called "Moves Like iGEM." The song lyrics were modified by Tec CEM iGEM 2018 and sent to all participants. A total of 27 teams from around the world filmed their respective segments and sent them in to be compiled into a whole music video. Our lip-syncing abilities were put to the test!

Our collaboration with the Shanghai Tech iGEM Team began when we were interested in obtaining a part from their 2016 research team. We eventually decided to steer our project in a different direction that didn’t require their part, but our relationship and informational collaboration with their team grew. As both of our teams were working to edit the E. coli genome, we shared papers and methods that we were either attempting or came across during our searches. The Shanghai Tech team was interested in replacing an origin ribosome site with a designed orthogonal ribosome, and they wanted to utilize the lambda Red system. We suggested the No-Scar method utilizing CRISPR-Cas9. In return, they shared information regarding the CAGO technique which also utilizes CRISPR-Cas9 and lambda Red. This collaboration was very helpful in expanding the knowledge base of both of our teams.