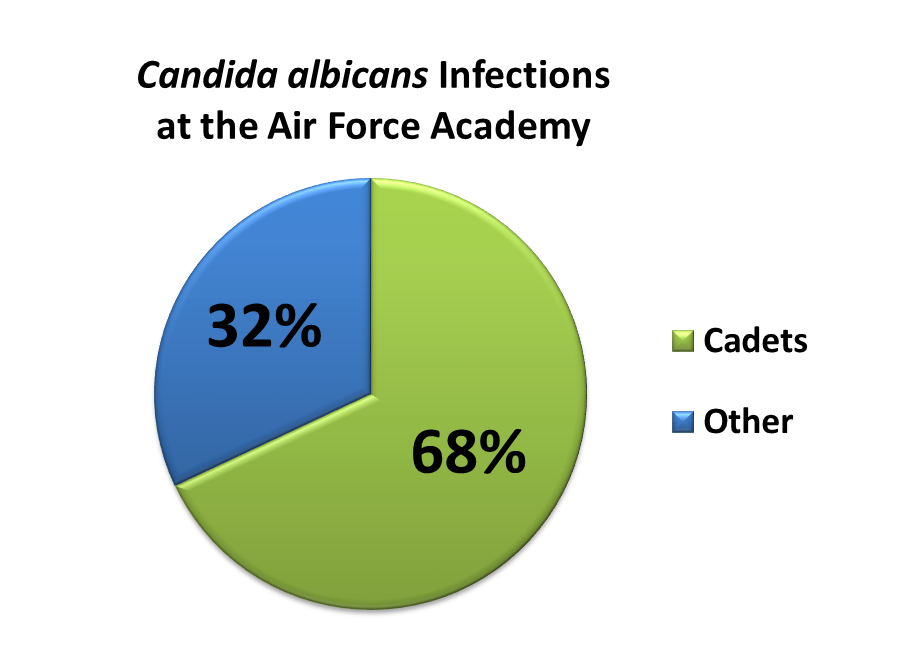 In order to gain an appreciation for the effects that C. albicans has on the military community, we contacted military health professionals from the 10th Medical Group hospital located on the U.S. Air Force Academy (USAFA) installation. The USAFA iGEM team received yeast infection rates from 2014-2018 for the community of cadets and active duty members on the base. As seen in the pie chart to the right, from January 2014 to July 2018, there were 167 reported cases of C. albicans infection. Of these infections, 102 infections occurred in cadets. 13 of these infections occurred during Basic Cadet Training, a high stress environment with limited hygiene time. This information shows that yeast infections are an issue for the USAFA military community. Additionally, analysis of combat-related injuries from Afghanistan and Iraq revealed that patients who also developed a Candidiasis infection had a higher mortality rate (7.1%) relative to the overall Trauma Infectious Disease Outcomes Study (1.4%) 1,2. 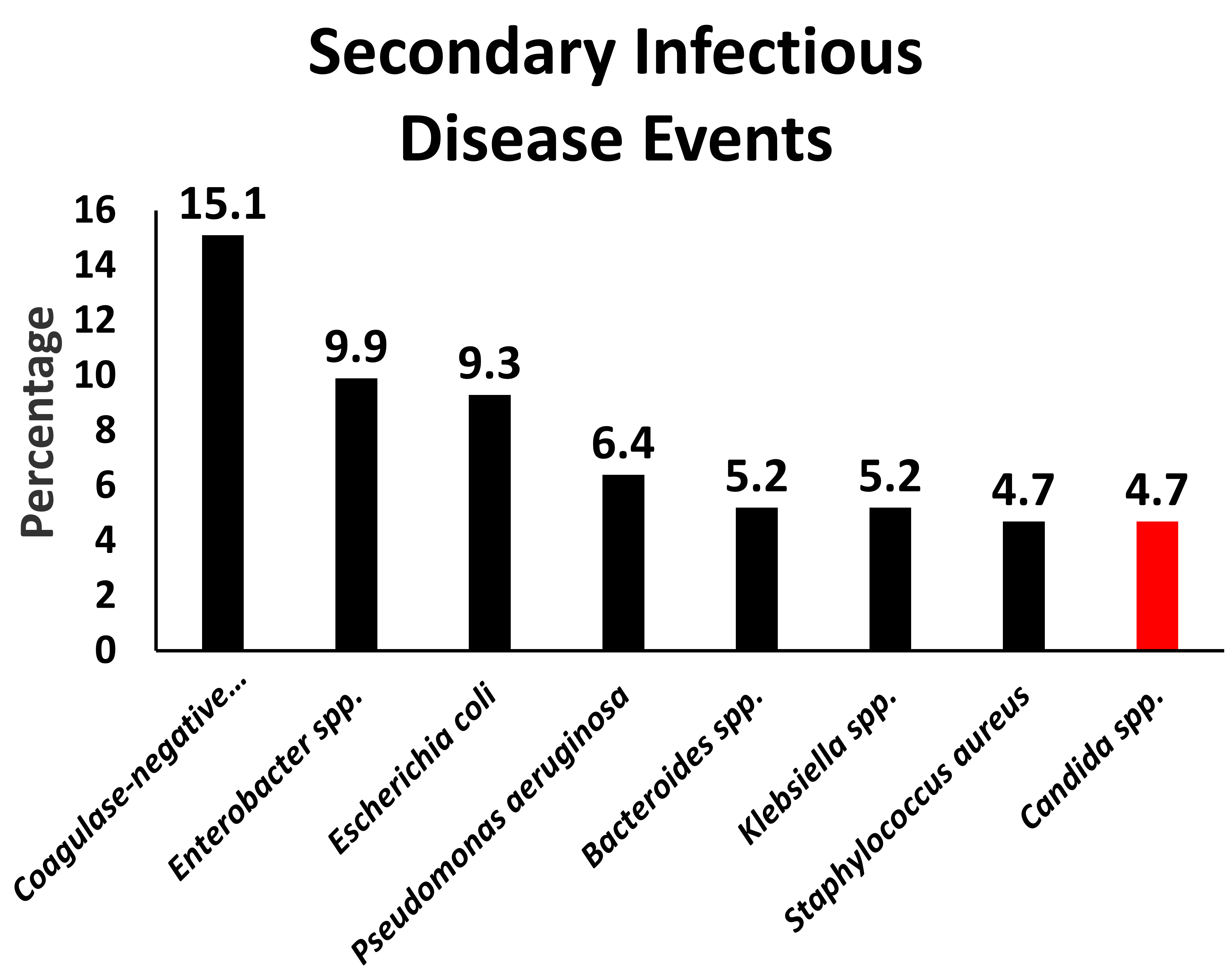 Furthermore, between the years 2002-2008, there were 1,696 reported cases of Candidiasis among OIF/OEF veterans who sought care at the Department of Veteran Affairs hospitals 3. And studies have shown that Candida spp infections account for 5% of deployment-related infections4, see bar graph on the left. Our ultimate goal of this research is to identify and characterize the RNA-binding proteins that drive this phenotypic change and thus increase the virulence of Candida albicans. If successful, we could potentially reveal novel anti-fungal drug targets which could reduce the mortality rate for combat veterans as a result of Candidiasis infection following a combat-related injury.