The environmental conditions were tested with both WO-1 and P37005 strains on media plates of pH between five and nine. The plates were grown in three incubators with 0, 5, and 20 percent carbon dioxide added to the incubators. The incubators were then set to a temperature of 25, 30 and 37 degrees Celsius for the three different runs of the experiments. Once placed in the incubator, the plates were checked every 24 hours for 72 hours. Pictures were taken using a microscope camera, and a normal camera for the control plates. Both strains showed a phenotypic shift between 24 or 48 hours. At 24 hours for the P37005 strain, both 25 and 30 degree plates at all carbon dioxide and pH levels expressed opaque. While the 37 degree plates at all carbon dioxide and pH levels expressed white. Meanwhile, the WO-1 strain express opaque at all temperatures, carbon dioxide, and pH levels at 24 hours. Therefore, the main stressor that caused a change in Candida albicans. All of our yeast went under a phenotype switch, which proves that they are sensitive to variations in environmental conditions. Further testing would need to be done to determine at what points pH and carbon dioxide content change Candida albicans from opaque to white.

This plasmid was created using Golden Gate assembly and consists of eight parts. The parts for the plasmid include an assembly connector, promoter, coding sequence, terminator,assembly connector, S. cerevisiae marker, S.cerevisiae origin, and E.coli marker and origin. This plasmid was put into the iGEM standard backbone for submission and mRuby2 was removed so that it does not glow red in E.coli. 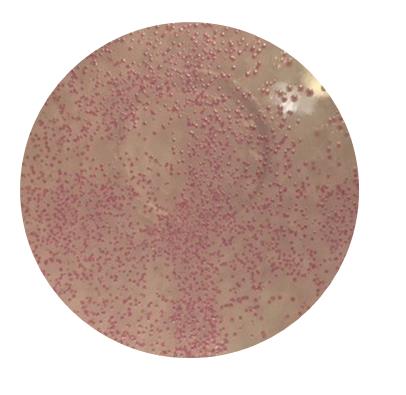 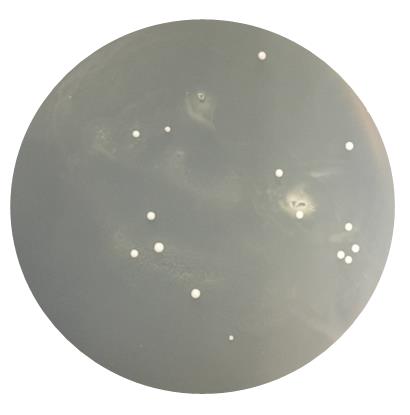 This part that was submitted contains the 5’ UTR of WOR1 that was has the red florescent protein.The third objective of this experiment was to develop a protein sequestration sequence by cloning the untranslated region, 5’ UTR, of WOR1. To begin, our team had to design primers that would allow us to clone the 5’ UTR of WOR1 with the specific restriction enzyme sites on the 5’ and 3’ end of the 5’ UTR. The specific restriction enzymes will determine which plasmid it will be cloned into. Next, genomic DNA was isolated from the P37005 strain of Candida albicans. After PCR amplification of the 5’ UTR sequence the product size was verified through electrophoresis performed on an agarose gel. After verification of the product size, the 5’ UTR was ligated into either the iGEM standard backbone plasmid, pSB1C3, or into the novel yeast plasmid we created. Once inserted, the plasmid was transformed into E. coli. The transformed E. coli was grown on selective media. Several colonies were then chosen to miniprep and verify that the insert was present via PCR. The yeast plasmid was successfully transformed into Saccharomyces cerevisiae. This transformation was used to verify that the yeast origin of replication and marker were working properly. In the future, we plan on slightly modifying the plasmid and then transforming it in C. albicans. Our team will also identify the RNA binding proteins that regulate the phenotypic switch in order to see whether it is being up or down regulated and ultimately identify the role this switching plays in the pathogenicity of Candida albicans. Further research could better methods for lab testing or prevention of yeast overgrowth in humans. Characterization of the RNA binding proteins will also benefit future research to eventually create a target drug that will prevent the phenotypic switch.