Rhythmic oscillator remains a hot topic in synthetic biology for a long time. The periodic expression of protein can be realized by the rhythm oscillator, so as to realize the regular expression of non-inductor and the biological timer. The most common oscillator is the Repressilator, a circuit of three proteins encoded by three genes that suppress each other. However, there are some complex problems and many unknown factors in Repressilator. Besides, the stability of the constructed cycle time period is weak, which can cause problems for its further design and engineering utilization.


Twelve years ago, Harvard_2006 had tried to rebuild rhythmic oscillator of Cyanobacteria PCC7942 in E. coli. But the transcription factors that link the Kai clock to gene regulation in Cyanobacteria were not well understood. Therefore they tested their clock in E. coli by measuring the amounts of phosphorylated and unphosphorylated KaiC via western blot. More details can be viewed in the link.


However, some proteins related with Kai have been studied for years, such as SasA, RpaA and CikA. We XMU-China aimed to improve what Harvard did twelve years ago and push the utilization of circadian to a new level.

Having considered the situation mentioned above, we turn our attention to the circadian rhythm system within the prokaryotic system. Finally, we choosed the Kai protein system as our project.


KaiABC system is the circadian system in Cyanobacteria. Oscillations are controlled by phosphorylation of the KaiC protein, which is modulated by the KaiA and KaiiB proteins. In 2015, Professor Silver of Harvard University first transplanted the circadian oscillators, KaiABC system and associated protein into noncircadian bacterium Escherichia. coli and successfully constructed a circadian rhythm. Realizing the potential application prosects of KaiABC system, we modified their design: we added RpaA, CikA and SasA into the genetic circuits. We aim to use such three proteins to connect the KaiC's oscillators with an output signal, which is supposed to be a 24-hour rhythmic fluorescence. 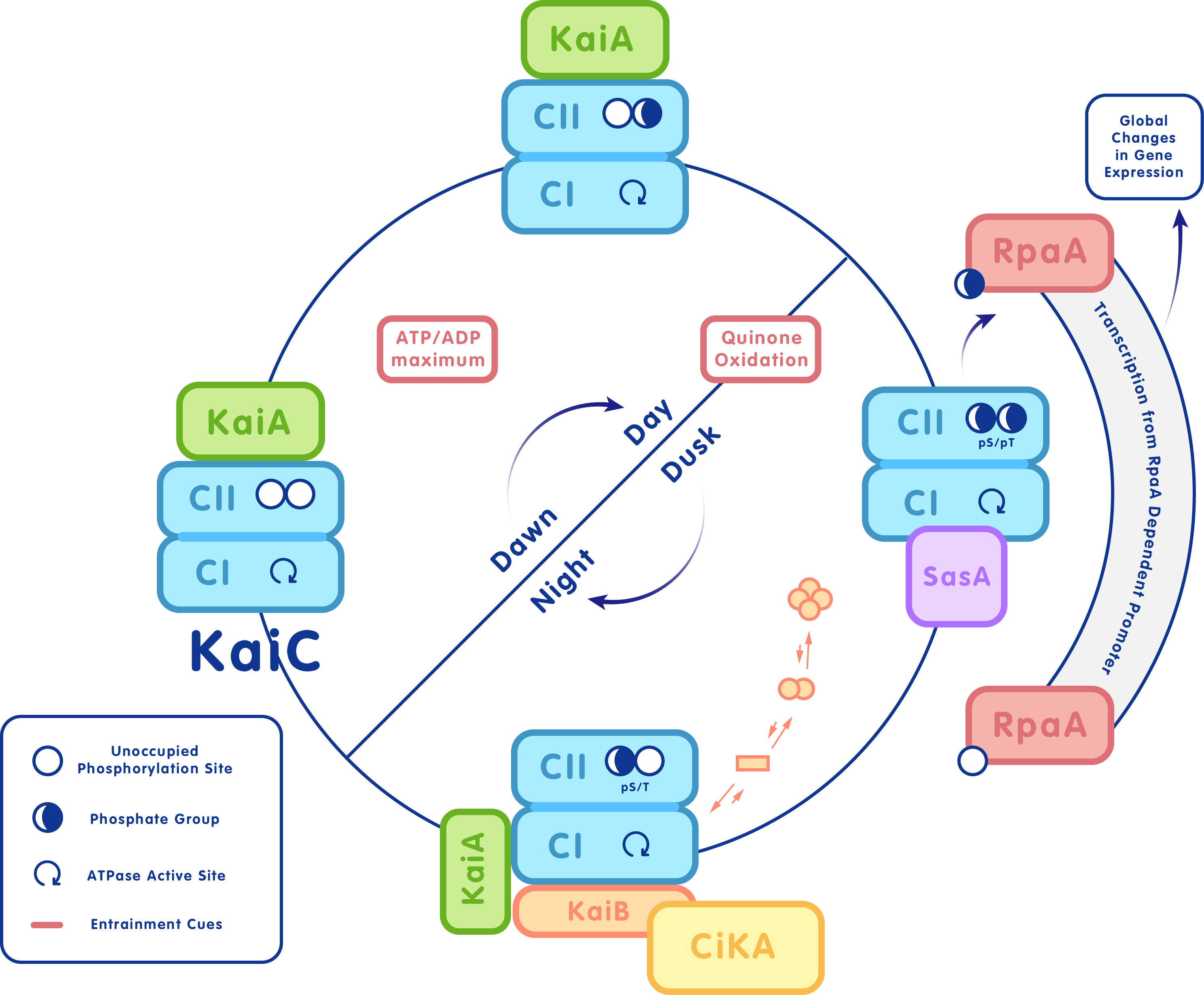 Figure 2. Timekeeping, entrainment and output signaling functions are highlighted within the oscillatory cycle of the cyanobacterial clock (imitate Swan J A, et al [1]).

Powered by ATPase activity of its CI domain, KaiC cycles through a series of phosphorylation states, which are interdependent on its quaternary structure. KaiA is bound to the CII domain of KaiC during the day and stimulates phosphorylation. This process is sensitive to the ATP/ADP ratio, which peaks at midday, providing an entrainment cue. At night, levels of oxidized quinones will rise in the cell, which entrains the clock as well. Around this time, KaiC reaches the pS/pT state, and SasA binds to the CI domain to activate RpaA. CI-bounding SasA is eventually competed away by KaiB. Binding of KaiB is slowed by its intrinsically unfavorable equilibrium that sequesters it in inactive states. Accumulation of KaiB in its KaiC-bound form recruits and inactivates KaiA. CikA also interacts with the fold-switched form of KaiB, which dephosphorylates RpaA and then inactivate it. [1]

Figure 3. The gene circle of the Repressilator, which includes three proteins encoded by three genes that rebuild Kai circadian oscillator.

Figure 4. The gene circle of the transcription factors that link with the Kai clock.

Figure 5. The gene circle of pKaiBC and reporter gene, which can respond to the oscillator.

Finally, we choosed sfYFP BBa_K864100 to present the rhythm, which is supposed to be a 24-hour rhythmic fluorescence. And Bioluminescence assays were performed as described. [3]

1. Compared with the traditional repressilators and time-delay pacemakers, the Kai protein system has a longer period, and its stability is optimized due to its natural origin. Furthermore, Kai system can restore the rhythm in the natural state to the maximum extent, which is of more application value.
2. Through the mutation of KaiC phosphorylation site, the circadian cycle length can be controlled. By regulating the nutrition of the culture and the intensity of RBS, we can adjust the amplitude of circadian rhythm curve.
3 . The signal pathway of Cyanobacteria provides design space for other inducible promoters in the gene circuit, which will not interfere with other signal pathways such as the group induction system.

In the literature, we see that other scholars' expectations of the Kai protein system were initially applied to the relief of jet lag. On this basis, we put forward more ideas about the application direction of this system.

Regular secretion of proteins can be used for periodic administration as a treatment combined with a related diagnostic system.

A biorhythm oscillator can be widely used in signal regulation of gene circuits. (timing signal transmitter) Conditional expression can be achieved by changing the type of promoter (for example, specific expression of hTERT in tumor). 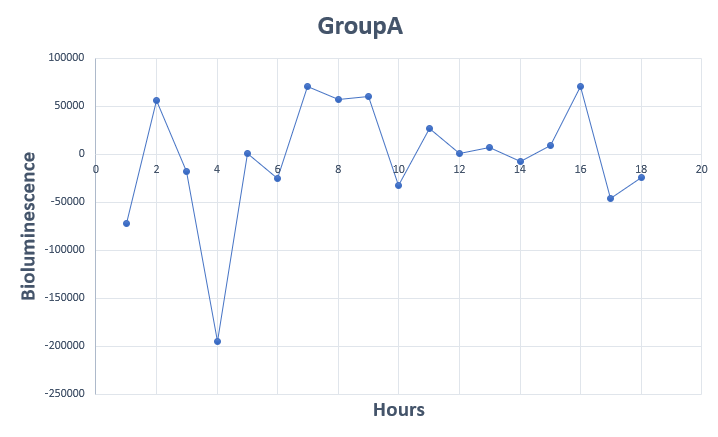 Figure 1. The bioluminescence at different times in Group A. The negative value is cause by the value of the control group. 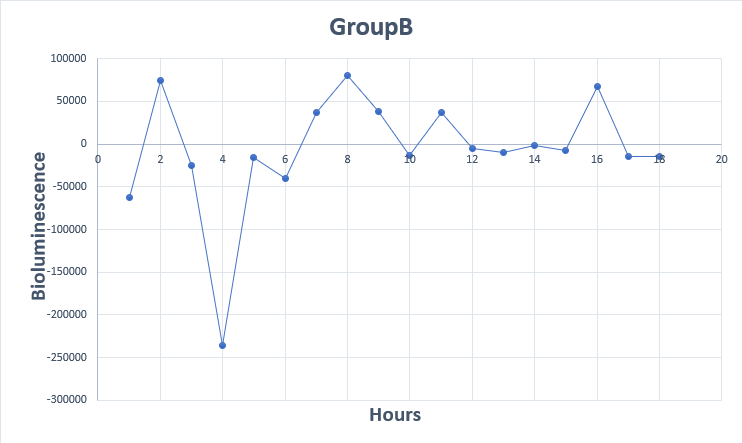 Figure 2. The bioluminescence at different times in Group B. The negative value is cause by the value of the control group.

To some extent, the rhythm of the oscillator can be seen from the curve. We did mathematic analysis data by TableCurve 2D®. 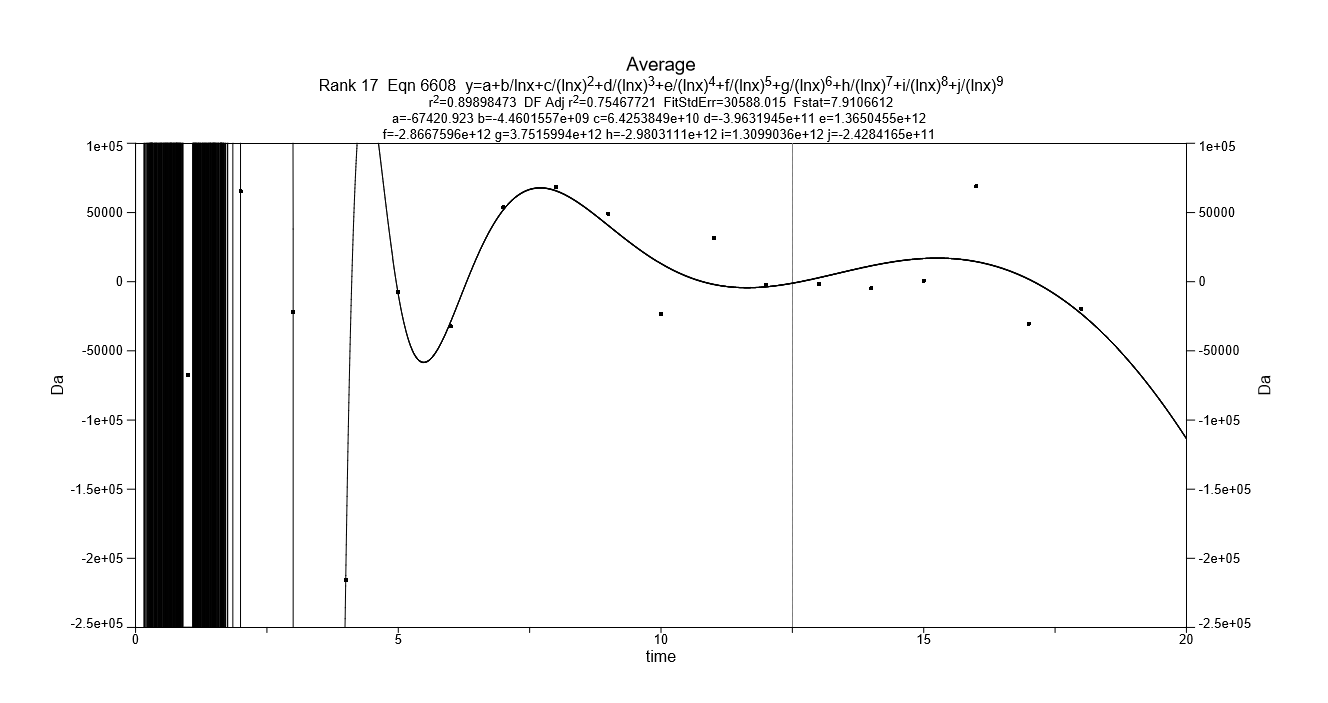 Figure 3. The bioluminescence at different times in Group B. The negative value is cause by the value of the control group. 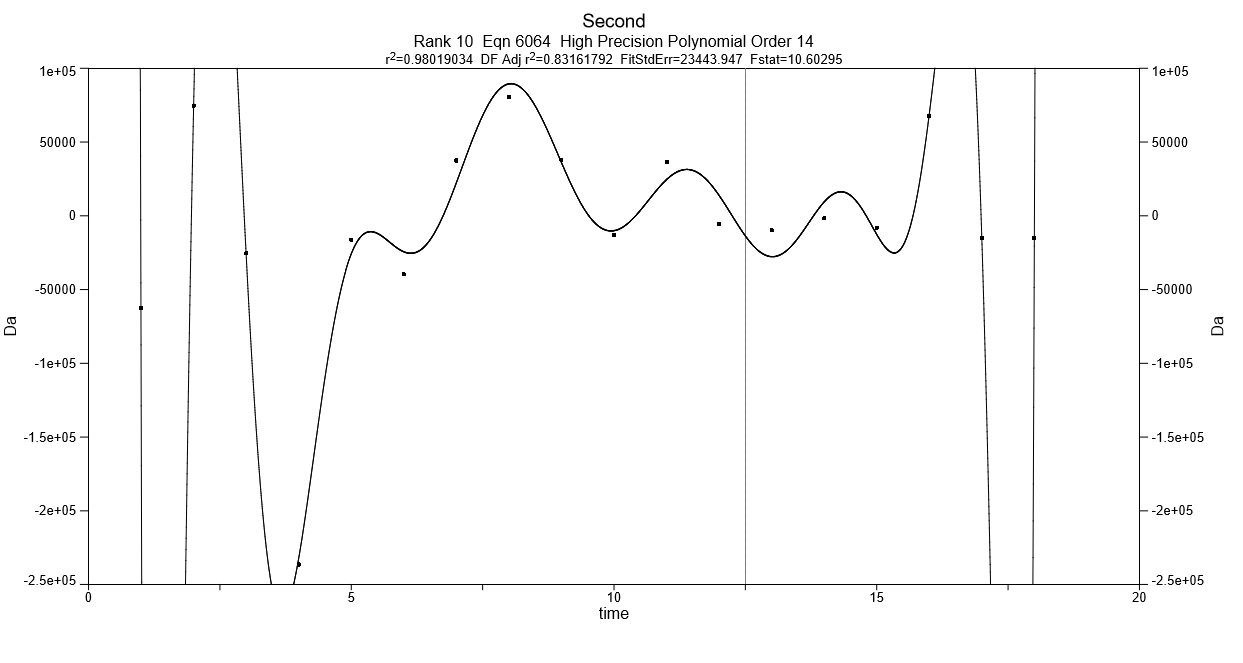 Figure 4. The fitting curve of the oscillator in Group B.

The stability of the oscillator is not good enough, which may be caused by the low robustness of the system we build. The expression quantity and proportion about such six proteins are different in E.coli and cyanobacteria. The expression efficiency of sfYFP we used can also infect the oscillator. Meanwhile, the limited sample size is non-ignorable factor.

Based on what we got, we can draw the conclusion that we used three proteins, SasA, CikA and RpaA to connect the KaiC’s oscillators with the output signal. But the big step in utilization of circadian in synthetic biology still needs further work and more efforts to realize it.