Over the course of the summer we had the pleasure to meet and talk with teams from around UK. During the UK Meetup we learnt about an amazing project developed by the Westminster iGEM team, which was also tackling the problem of plastic waste!

Although we had chosen to use very different approaches we had lots in common because we were inspired by the same aim. We therefore chose to develop a collaboration with a focus on sustainability. As we had found Life Cycle Assessment an incredibly helpful tool in the design of our PHBV production process, we wanted to share the experience and knowledge gained during our summer and provide them with an LCA for their project. Westminster sent us with all data we requested and we used LCA as a model to identify the environmental hot spots of their process. Our work is detailed on our Life Cycle Assessment page under ALTERNATIVE SCENARIO – EXPANDED POLYSTYRENE. From our collaboration we learnt that perhaps in future, our own project could actually contribute in a new way to solve the plastic problem, by degrading the polystyrene and converting it into bioplastics as there is a monomer common to both processes. If you want to know more about the LCA tool, and how we successfully adapted it for another iGEM project please visit LCA page. 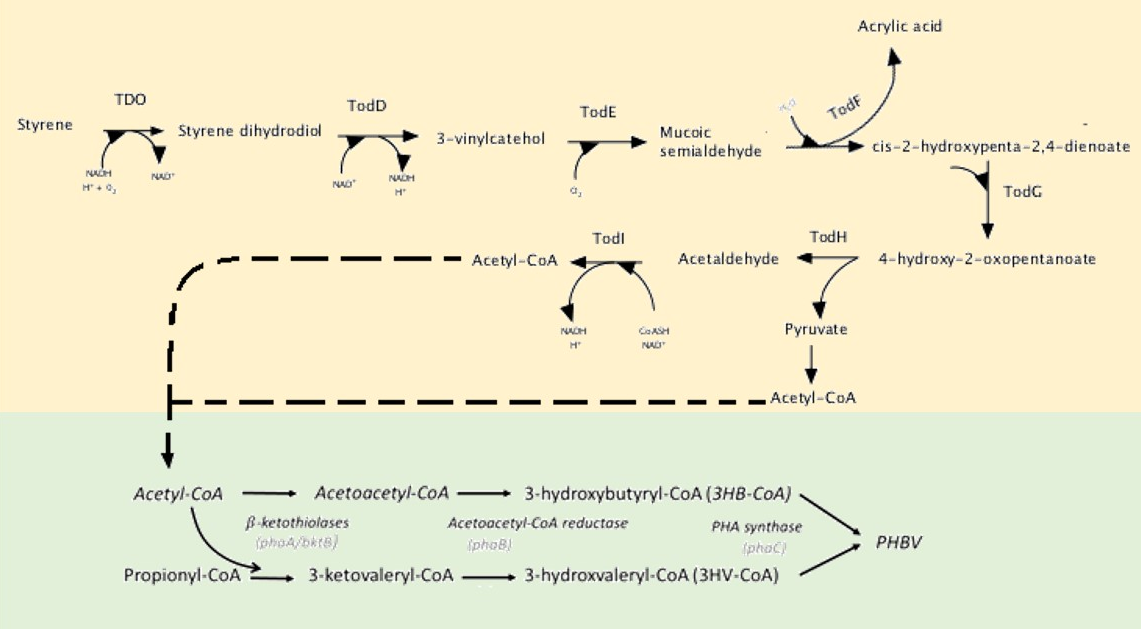 Figure 3 Proposed route of PHA synthesis in P. putida.  Above is the TOD pathway for styrene degradation (Westminster iGEM Team). Below is the PHA operon for PHA. The PHA responsible production genes have their homologues in P. putida according to O’Leary, et al., 2005.

In the spirit of collaboration, our team is excited to be working with the University of Iowa iGEM team this year. The Iowa 2018 team is developing a biosensor for the detection and quantification of 3-hydroxypropionate (3HP), a natural plastic precursor with considerable importance in the industrial production of bioplastics.

In order to produce a co-polymer such as polyhydroxybutyrate-co-valerate PHBV, the monomer 3-hydroxyvaleryl-CoA (3HV) can be introduced via the precursor propionyl-CoA. Currently, the necessity of propionate or propionyl-CoA is a limiting factor in production of PHBV, which has potential to become a versatile polymer in the commercial setting today. With our metabolic engineering strategy inspired by that of Srirangan et al. (2016), the E. coli can be modified to produce PHBV from substrates such as glucose or glycerol, exempting the need for direct feed with propionic acid. This requires the activation of a cluster of genes called the Sleeping Beauty Mutase (SBM) operon, which has been inactivated through multiple evolutionary selections, that encodes for the net conversion of succinyl-CoA into propionyl-CoA (Figure 1). 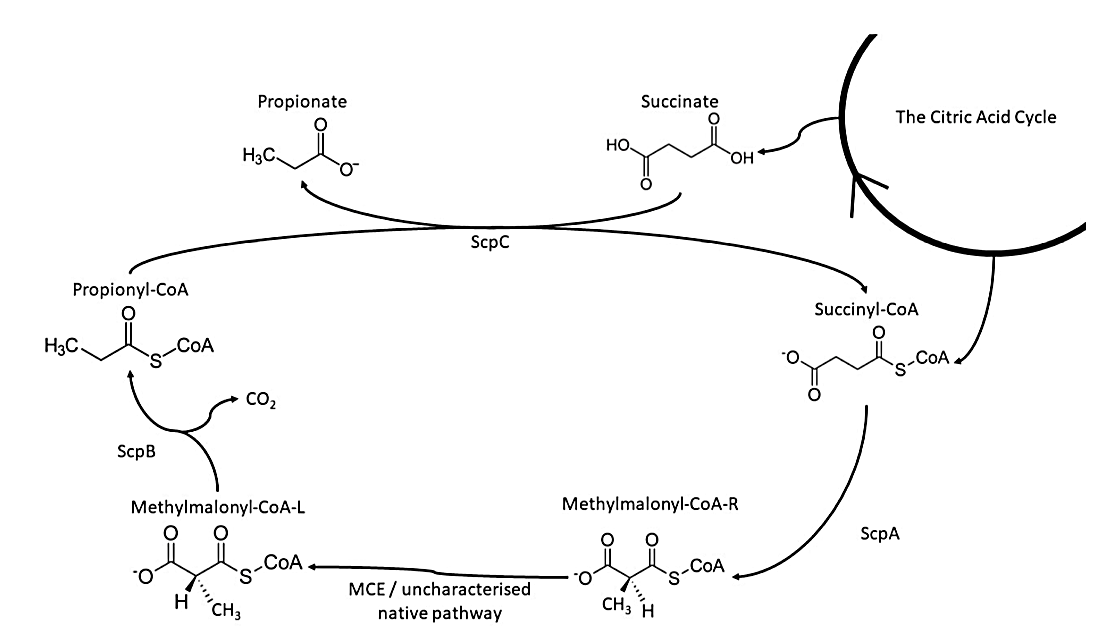 However, even if the conversion is successful it is difficult to verify a successful trial due to limitations in the capacity to detect production of the precursors culminating in the 3HV monomer. An assay that our team has developed to measure the quantity of propionate produced informed by the work of Phechkrajang & Yooyong (2017) was ultimately unsuccessful.

To our joy, we were happy to discover that the Iowa team may have just the answer to our prayers! As can be seen in Figure 2, the 3HP biosensor they have developed may be applicable in the direct detection of the propionyl-CoA synthesized via the SBM pathway. Motivated by a 2016 paper by Rogers & Church, we surmised that a 3HP biosensor that relies on the conversion of 3HP via pcs and prpC into a quantifiable fluorescence readout may be modified to directly quantify the biogenesis of propionyl-CoA, one of the intermediate compounds in this pathway!

Figure 2. The designated pathway through which our team expects to detect the production of propionyl-CoA from our sbm+ (woke AF) E. coli.  This is taken from one of the potential pathways that a 3HP biosensor can be developed: by converting 3HP to 2-methylcitrate, fluorescence output can be quantified. Given this possibility, a modified biosensor (comprising prpC) may be used to detect the production of propionyl-CoA directly through a similar means of fluorescence readout.

We shipped the Sbm operon to the Iowa Team who kindly help us to try if their device can sense the presence of the precursor. However, when they tested with the supernatant there was no signal detected. We hypothesised that the precursor should be inside the cell and therefore the next step would check the lysis cell material. However, due to time constrictions, this last step was not finalised.