One of the increasingly concerning unsustainable practices in our economy that needs to be addressed immediately is the growth of municipal pollution. Petrochemical plastics are undoubtedly among the top contributors to this due to their long degradation time. At the same time, it is challenging to detach plastic from our everyday life and the global economy as it provides many benefits thanks to their advantageous properties. The demand has increased and plastic production has doubled in the last 50 years, mainly because of its unrivaled properties, low cost and relatively easy production (MacArthur, 2016). Despite their advantages, the production and use of plastics are also responsible for the generation of greenhouse gas emissions and harmful impacts of substances used in their current life cycle (Higson, 2018). The current and projected production of plastics could lead to a scenario in where the ocean will contain more plastics than fish, according to a report from The Ellen MacArthur Foundation.

With the growing concern for the environment due to the negative impacts of plastic degradability and climate change coupled with the over use of fossil fuels (regarding source exhaustion and price stability, for instance), increasing efforts have been made to establish more sustainable bio-based production platforms. Particular attention has been given to Polyhydroxyalkanoates (PHAs), a broad family of biodegradable, biologically produced polymers with a tremendous capacity for use as plastics. Many microbes synthesise PHAs when in an excess of carbon, but under limited oxygen conditions, they synthesise them to act as an energy store (Shah, et al., 2008). PHAs embody a widely diverse set of properties with enormous potential for a bioplastic alternative to petrol-based plastics. Their status as thermoplastics - that is, having superior high temperature performance - makes them suitable across a large array of applications.

Classifying plastics: where do PHAs stand? 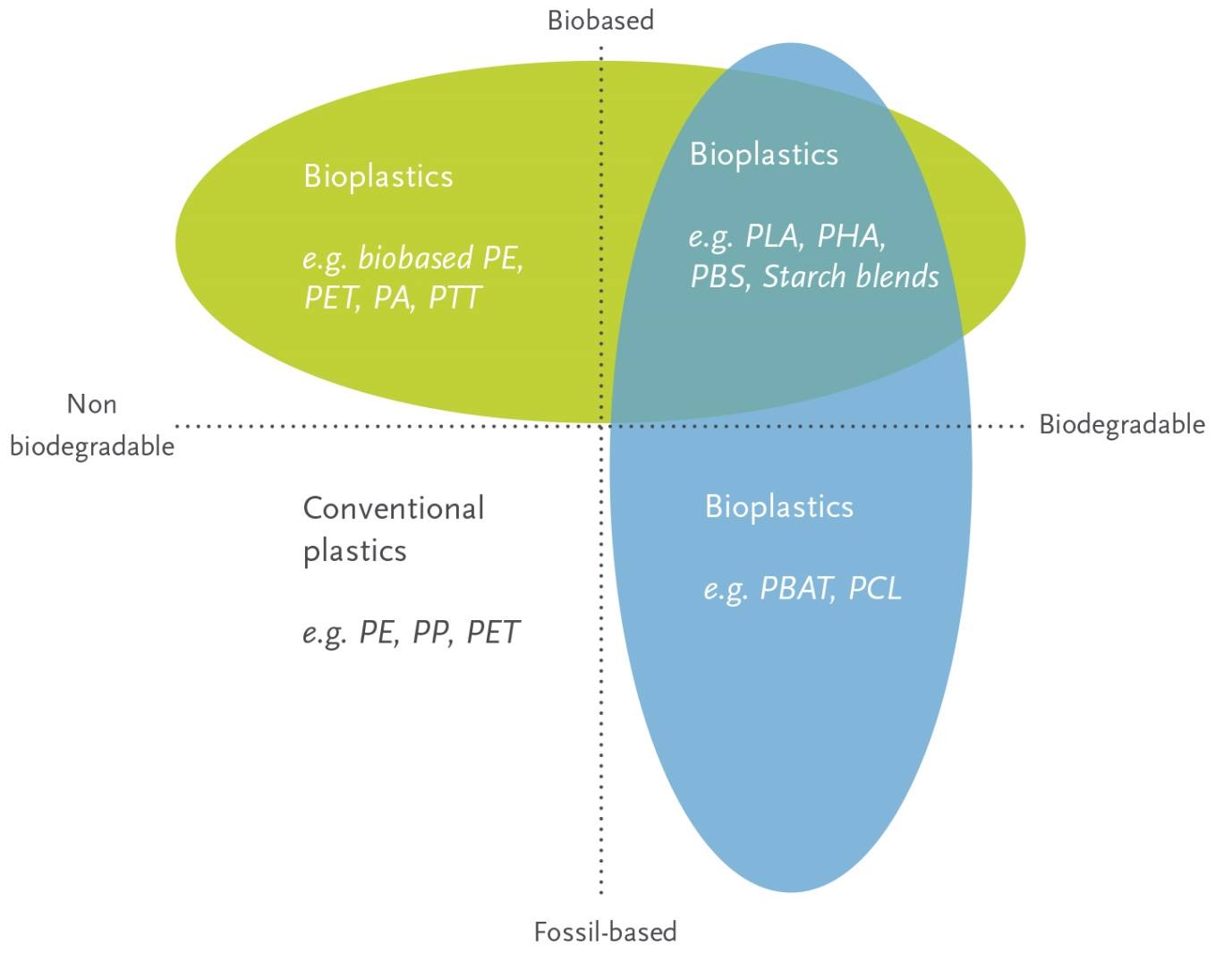 The applications of PHAs present and future

Currently, over 150 different monomers of PHA have been identified, with a huge range of properties. Poly(3-hydroxybutyrate) (PHB), the simplest PHA, was the first identified, and remains the most studied PHA, and has properties similar to polystyrene and polypropylene –highly crystalline, and brittle. Despite it being able to be utilised in much of the existing infrastructure –in injection moulding and other processes -it possesses a very narrow processing range, limiting its use. One way of combatting such difficulties is to incorporate different monomers into the polymer chain, forming co-polymers and even ter-polymers. By introducing such monomers into the chain, the crystallinity of the resulting material is disrupted, producing a more flexible plastic, and is frequently easier to process (Babu, et al., 2013).

One of the most studied PHB copolymers is poly-(3-hydroxybutyrate-3-hydroxyvalerate) or PHBV due to its highly versatile applications. Higher amount of HV content in PHBV decreases the melting point – it was reported that the melting point of PHBV samples were about 100-150°C whereas the degradation temperatures were more than 220°C which will indefinitely increase PHBV’s flexibility and ductility (Wang, et al., 2013). In addition, higher HV content also increases the degradation rate. It was shown that within 19 weeks of degradation in pH 7.4 phosphate buffer medium, the mass loss experienced by PHBV with 5 mol% and 12 mol% were approximately 6.2% and 9.2%, respectively (Liu, Pancholi, and Raghavan, 2010).