The optimisation potential of PHBV production is huge and as a result of our interaction with stakeholders, we developed a number of design requirements for our PHBV production process:

- Use of optimised and innovative processes, such as the use of glucose as carbon source instead of feeding propionic acid into the system.

- Use non-food crops and waste streams.

- Innovative and more cost and environmentally friendly processes for separation and purification.

After incorporating all these design requirements in our final process, the final aim of the team to produce PHBV from waste or industrial by-products. Additionally, we wanted to reduce the impacts of the downstream processing, which is costly environmentally (see our LCA). To demonstrate this we used:

This section is intended to show how our parts and strategy were implemented and worked as a result of our stakeholders discussions and subsequent design.

We were able to grow our E. coli on media containing M9 salts, 1% glucose, and pot ale. Our negative control contained water instead of pot ale. Our cells grew similar in both types of media but grew lower than our model predicted. However, further experiments need to be done in order to scale and improve the yield by using whisky by-products. 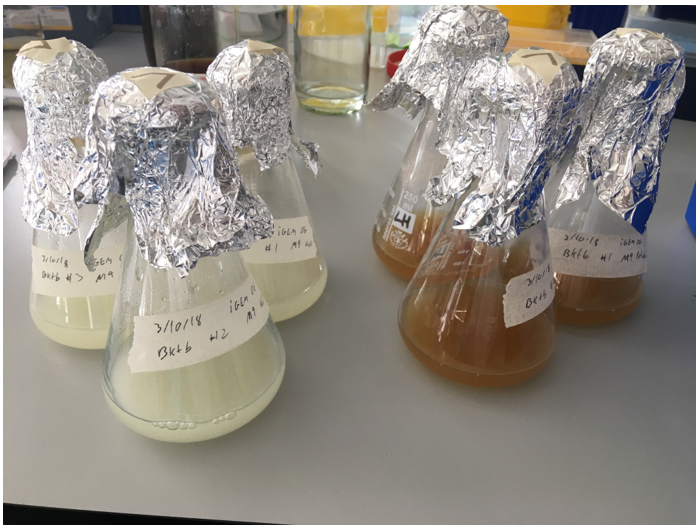 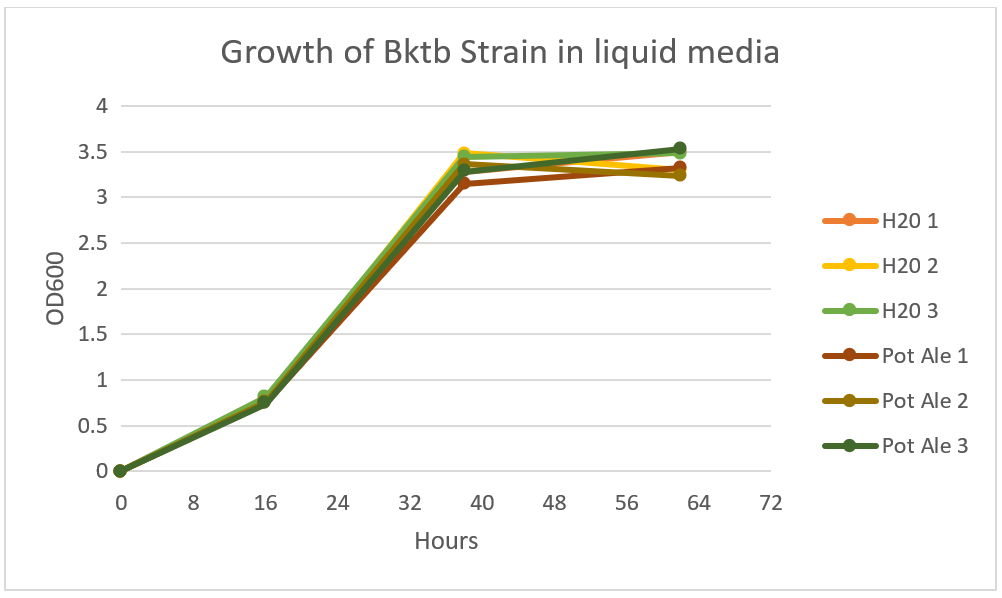 Next we wanted to show that our cells could produce plastic growing in pot ale. Cells were grown for 64 hours and then had their dry cell weight measured before extraction (Figure 3). 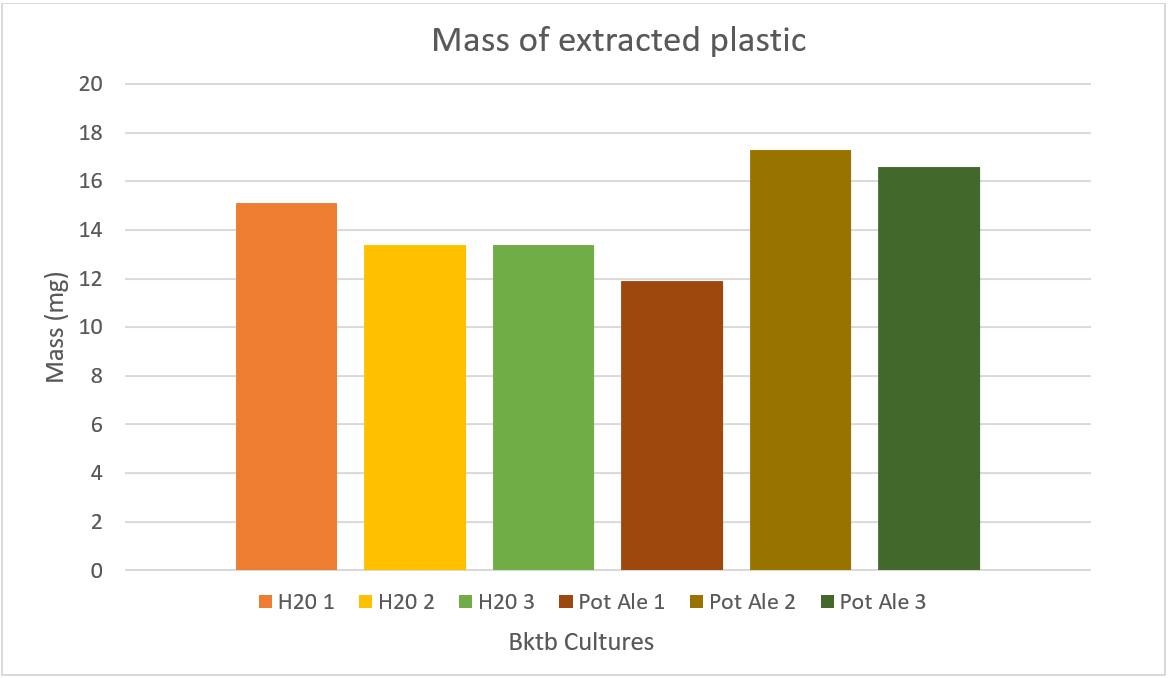 The extracted plastic we obtained ranged from 11.9 mg to 17.3 mg. The largest and smallest amount came from cultures grown in pot ale.

When the cultures were dried out, it seemed that the cultures grown on pot ale had larger cell pellets but may have been larger because of the left-over sediment in the pot ale. We would expect similar dry cell mass from each culture based off the similar OD600 readings.

However, we can see when 8 mM propanoic acid is added we see an even lower melting temperature (Table 1).

After analysis of our plastic produced by our bktb-cells in pot ale, we were able to identify by GC-MS two of the main products of PHBV depolymerisation and dehydration by sulphuric acid: crotonic acid and 2-pentenoic acid (Xiang et al., 2016; Braunegg et al., 1978).

We were able to identify by GC-MS two of the main products of PHBV depolymerisation and dehydration by sulphuric acid: crotonic acid and 2-pentenoic acid (Xiang et al., 2016; Braunegg et al., 1978). Demonstrating the presence of PHBV in the processed samples Figure 5 and Figure 6.

As mentioned in the integrated human practice section. the downstream processing of PHA is one of the big problem in current industry. Secretion of PHA bioplastic could reduce the cost of obtaining the PHB and in theory would allow us to establish a sustainable PHA producing E. coli culture. In order to tackle this issue, we have developed a PHA secretion project leaded by Owen and Qihui, which related to the phasin autoregulation system, to improve the PHA secretion. Through the newly developed contruct: PhaR-Phasin-HlyA, an increased amount of PHB production and secretion were observed.

We have demonstrated that we created bioplastics. Our new Bktb part creates a larger proportion of PHBV compared to phaCAB as the lowers the melting temperature denotes. In addition, we have shown that by using our phaR-Phasin-HlyA, we were able to increase plastic products as well as secrete it into the media. And all of this can be done using an underutilised by-product, whisky pot-ale.