Another main limiting factor that the PHBV production is currently facing which hinders its commercialisation is the inefficient downstream processing which includes PHBV recovery from the microbial cells. PHBV is currently the only co-polymer commercially available; however, costs of production remain high and further research and development are tantamount to reaching economies of scale comparable to traditional plastics production in the industry. The high costs in manufacturing (ranging from £2 - £4 per kg) remain the limiting factor for widespread commercialization; prices closer to the £0.5 - £1.5 per kg range associated with traditional plastic production (e.g. polyethylene, polyvinylchloride, etc.) would ensure price-competitiveness of the bioplastic in the market (Choi and Lee, 1999). This point is supported by our Life Cycle Assessment as well as our discussion with Cambridge Consultants. To address this issue, we propose an in-situ secretion system by the E. coli  which potentially will be more environmentally friendly and time-efficient.

This study describes the construction and characterisation of several new BioBricks, which will allow the future investigation of PHB secretion by the Hemolysin transporter (HlyBD). The findings of present study suggest that overexpression of the HlyBD transporter affects the bacterial growth of recombinant E. coli strain transformed with T7 promoter-HlyBD plasmid. Surprisingly, with the recombinant E. coli  strains co-transformed the two plasmids for PHB production and PHB secretion systems, overexpression of the HlyBD transporter with 0.1mM and 0.4mM IPTG were shown to promote the bacterial growth.

Type I secretion system is one of common systems for protein secretion and have been engineered previously for bioproduction (Green and Mecsas, 2016). This secretion pathway is found native uropathogenic E. coli strain and capable to secrete recombinant protein fused with HlyA single peptide on its C terminal. HlyB and HlyD are essential component of hemolysin secretion system which located in the inner membrane, being an ATP binding cassette and a membrane fused protein respectively (Fath and Kolter, 1993).

We aim to improve microbial PHB production by introducing a synthetic microorganisms with an inducible hemolysin secretion system. We investigated the effect of the new developed Biobricks to the recombinant E. coli strains and the effect of hlyBD  expression to PHB production through the Nile red fluorescence method. The plasmids constructed will facilitate the further study of the HlyBD transporter and its impact on PHB secretion.

Biobricks BBa_ BBa_K1166002 and BBa_K 1149051 were used in the project providing phaP, hlyA, hlyB  and hlyD  components to establish new construct of pSB3T5-T7-HlyDB-PhaP-HlyA. This construct was co-transformed with phaCAB  operon and cultured in M9 medium with 3% glucose at 37℃  shaker. During the culture, different concentrations of induction material (IPTG) was added for overexpression of hlyBD. And optical density was measured to investigate the effect on cell growth. Fluorescence intensity measured by plate reader represented the production of PHB.

Despite the expression of hlyBD  exert a negative effect to the bacterial growth of E. coli with T7 promoter-hlyBD, it was demonstrated to facilitate the growth of E. coli strain with pSB3T5-T7-HlyDB-PhaP-HlyA and phaCAB  operon. The effect of new Biobricks expression to recombinant E. coli  would provide essential information for future analysis. Furthermore, the fluorescent signal of Nile red to PHB production generated in the present study provides preliminary data supporting the concept of hlyBD  expression in PHB secretion which then promote PHB production. 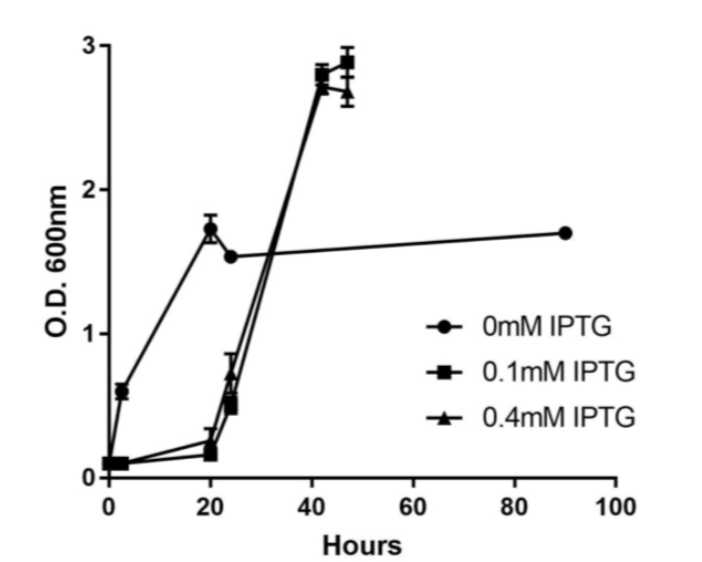 Figure 1 The growth study of E. coli  Bl21(DE3) strain that harboured pSB3T5-T7-hlyDB-phaP-hlyA and phaCAB operon – The strains were cultured with or with IPTG and the results are represented as the mean OD600nm ± S.E.M. 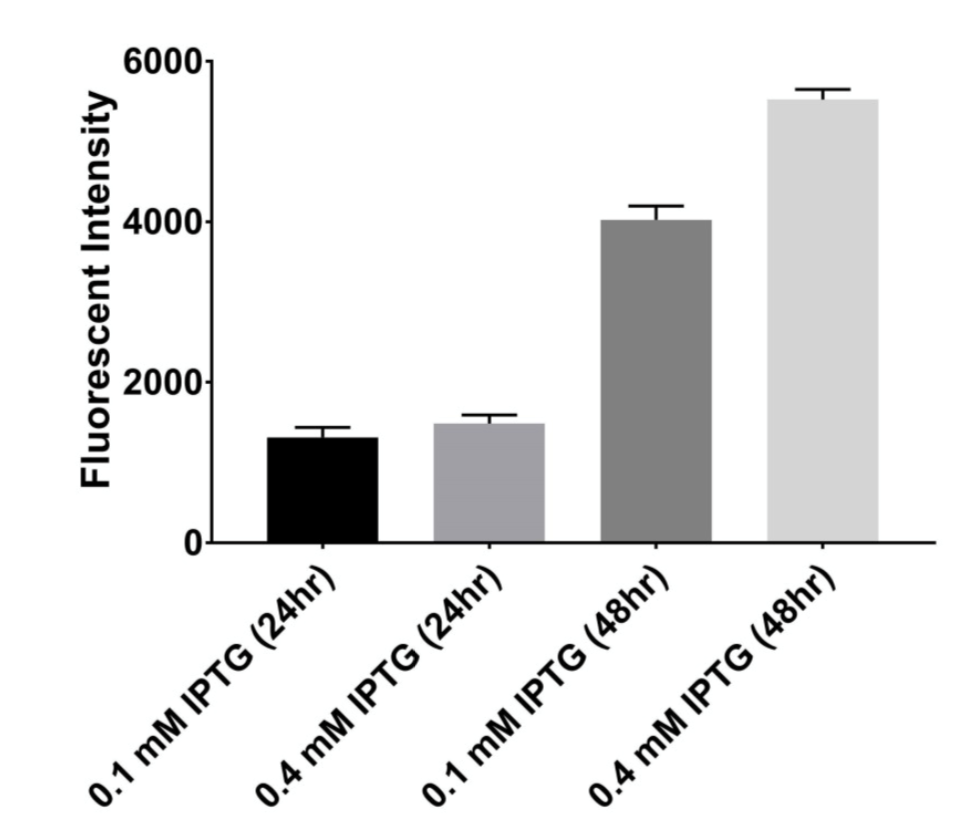