Video: This is the last episode of our documentary series. We draw out, model and demonstrate our final design.

Thanks all for watching! The previous episode is about incorporating ‘Value Sensitive Design’ into the safety concerns of this hardware.

Having noticed it is the difficulty in capturing cats that largely impeded the executive of TNR (Trap, Neuter, Release), we realized that the feline-attracting characteristic of nepetalactone could be of great help (For more details on why nepetalactone appeals felines, see Project Background). Compared to cage traps and usual food lure, the pleasant scent of nepetalactone in catnip would appear to cats less of a pitfall, therefore more easily let down the guard of stray cats. With this need clearly identified, we devised a brand new hardware, which can attract and seize stray cats when needed, provides cats with comfortable and secure shelter, and contains an auto-feeder to reduce the workload of the volunteered caregivers. With a beautiful wish that this device would be the promised land for the roaming cats, we named it ‘Kitty Wonderland’.

Most of the features and their corresponding functions of the Kitty Wonderland are identified in Figures 1, which demonstrate the final version and the separate sections of our Kitty Wonderland. The functions and adaptations of every component will be discussed and explained comprehensively later in the Design. 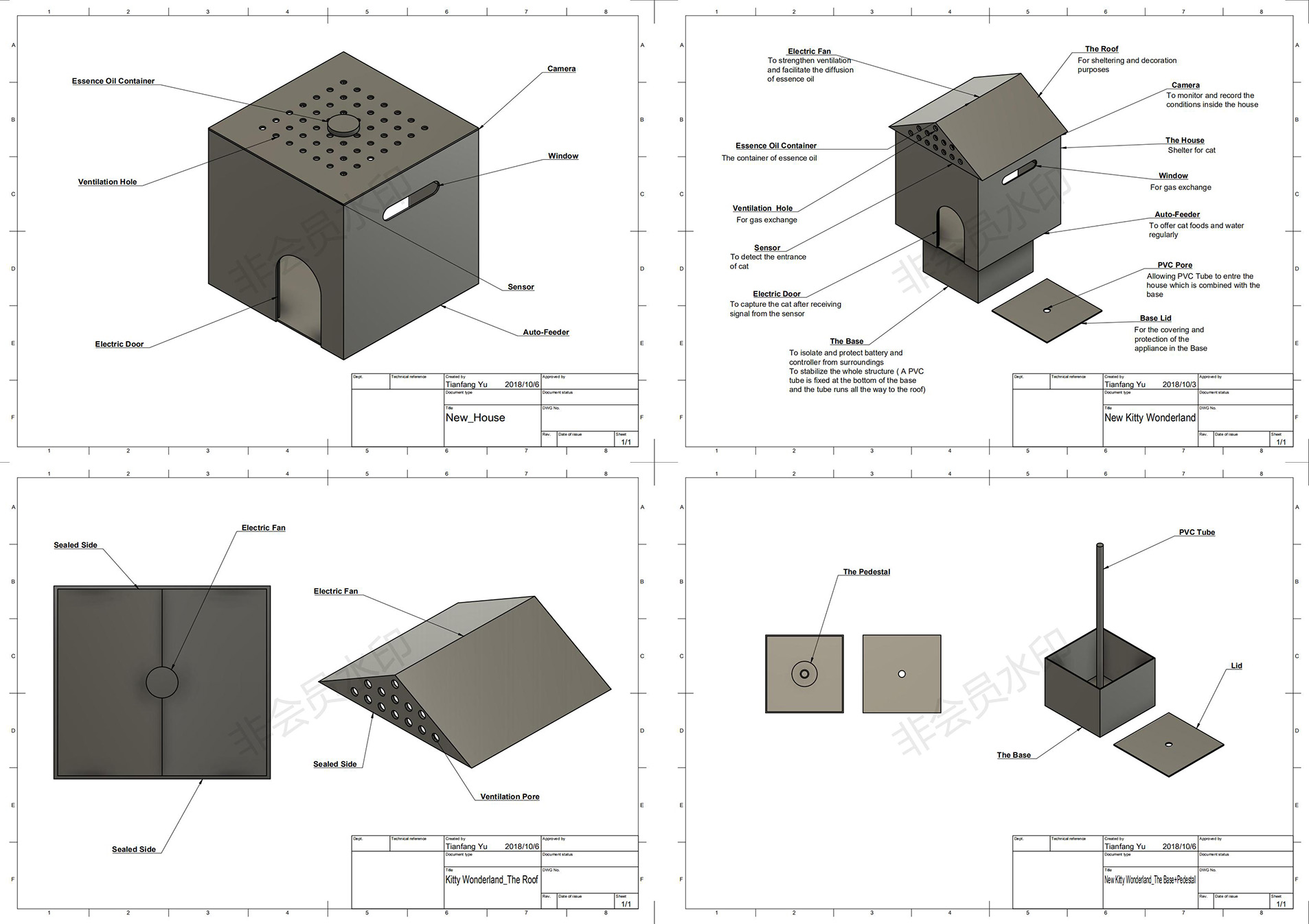 Figure 1. The 3D Modeling Figure of the whole structure, The Base, The House and The Roof of Kitty Wonderland.

Before we came up with the idea of the design of this final version, we gathered and analyzed information and advice from specialists, officials and residence. Corresponding evaluations and modifications have been done to compare our hardware with the existing solutions and improve the possible performance of our design, as explained in the next section.

Animal lovers in various communities have installed many simple shelters with food and water supplies under their apartments. The price of these simple shelters are cheap (Most of the shelters are made of paperboard plastics) and these shelters are tiny and light so it is very easy to transport and carry them. However, they are not waterproof and therefore could only be placed under the roof where only a confined space is available (Figure 2). Since these shelters only serve to provide stray cats with foods, no cat will be captured and therefore no sterilization could be done. In order to solve the stray cats problem thoroughly, capture and neuter are the priorities and certain number of cats needs to be sterilized to inhibit the surge of stray cats population before further measures are undertaken.

In addition, many rescue parties of cats and dogs have already adopted modified cages which serve purely to trap stray cats and dogs (Figure 2). However, this method presents issues and concerns due to the fact that those cages don’t actually offer any benefits to cats and dogs but trap anything enters the cage immediately. Therefore, cats and dogs are becoming increasingly indifferent to those steel cages, which not only fail to demonstrate their functions but also pose threats to the animal. Besides, the sharp and harsh appearance of those steel cages doesn’t appeal to cat and dog at all. Pedestrian and residence will also find those cages very abrupt and unattractive, thus having negative attitudes towards the actions of the rescue team. None of these is helpful in taking care of cats and dogs and rescuing them effectively, not to mention the aim of emphasizing the problem of stray cats and dogs to the public and encouraging every citizen to get involve in the rescue. 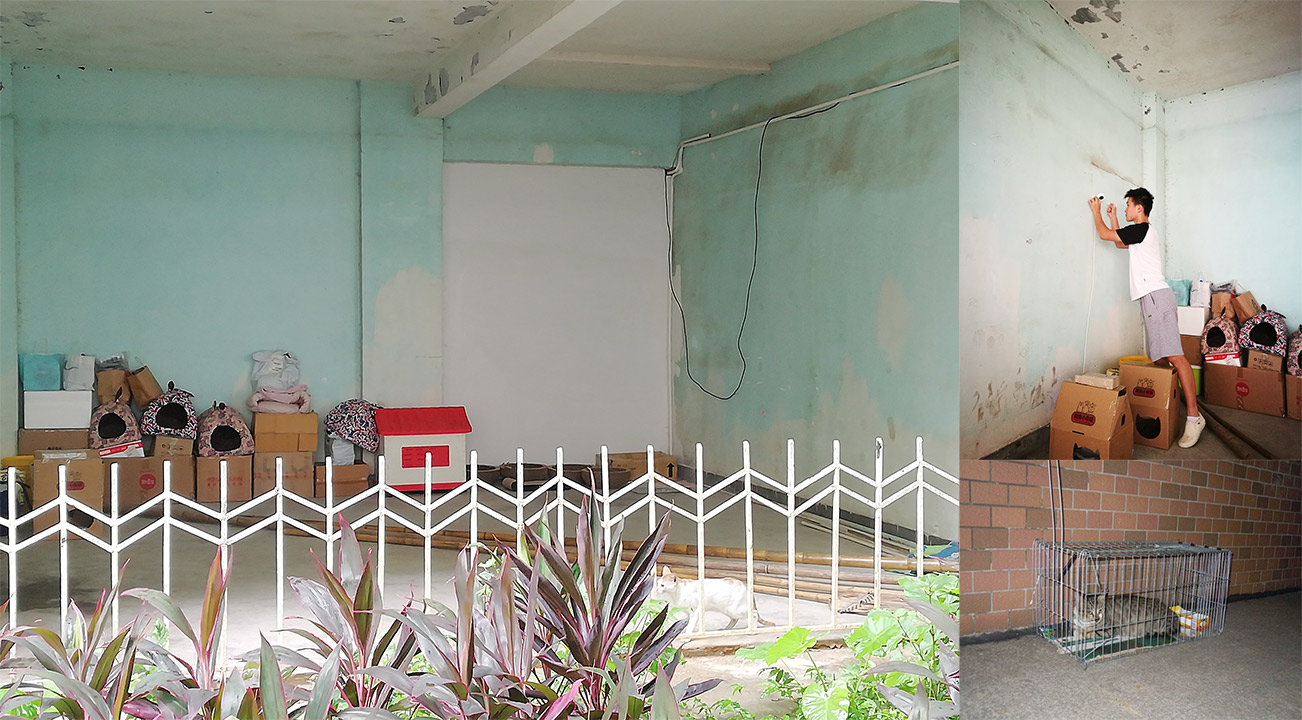 Figure 2. The investigation of the current solutions of stray cats problem.

The design of Kitty Wonderland is quiet complex, so the whole structure is broken down into three individual parts which are further explained. We name these three parts The Base, The House and The Roof respectively.

The pictures of The Base and The House are shown in Figure 3. The Base is consists of a wooden box with a lid, a 3D printed pedestal and a PVC tube of 90 cm long. In consideration of the protection and safety of battery and other appliance, we make the wooden box and cover the bottom of it with plastic, so the box is made waterproof and can protect the electric appliance inside the box. This wooden box could also provide a foundation and elevation for the main house which is placed on top of it, so our design could be placed on the streets where no shelter against rain is present and the House will not be submerged by heavy rain or flood. The plastic pedestal in nailed at the bottom of the Base and it is designed for the consolidation of the PVC tube, which runs all the way to the top of The House. The PVC pipe has two functions: To immobilized the house and to protect the wiring. Electrical appliance like the camera and the electric fan are installed on the top of the House. In order to connect the wires between the battery and the appliance without imposing potential danger on the cats and damaging the appearance of Kitty Wonderland, we apply this PVC tube into our design to allow wires go through it. Since the PVC tube runs through The Base and The House (The lid of The Base and the bottom of The House both have a hole with the diameter of the PVC tube in the middle), it connects and stabilizes the whole structure. 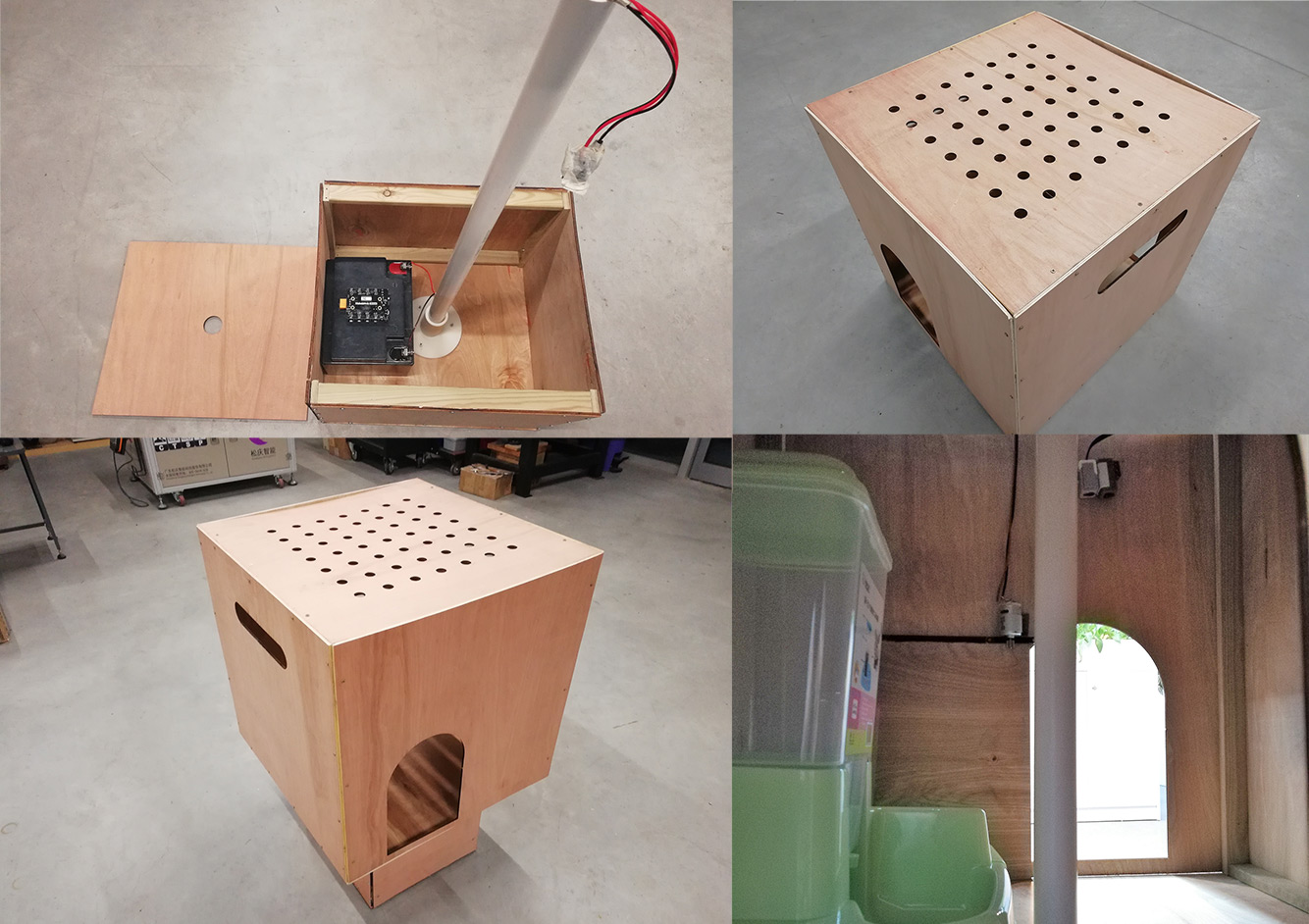 Figure 3. Demonstration of the appearance and design of The Base and The House of Kitty Wonderland

Right on top of The Base is The House. The House is the place where cats enjoy their lives. Two sliding electric doors are installed on the inner opposite sides of the House, and each door is controlled by a motor. After a cat enters the House, what happens is the sensor above the door detects the cat and the sensor sends signal to the central controller in The Roof or in The Base, which then activates the motors and closes the door. The door could also be adjusted to remain open, so the Kitty Wonderland becomes a habitat of cats and will not capture the cats if necessary. An inverted camera is also installed at one top corner of The House to monitor the conditions inside the House for recording and safety purposes (For more detailed safety considerations, see Application and Safety below). The chemical of our final production, the nepetalactol, and the foods inside the auto-feeder are used to further attract and entertain the cats. The nepetalactol is placed inside the essence oil container which is situated on the top of The House. The wooden board of the top is processed so that a total of 49 ventilation holes with diameter of 2 cm are created. These holes allow gas exchange to occur, and they also allow the wires from the motors and sensors inside The House to reach The Roof safely and easily. Through the ventilation holes, the fragrance of nepetalactol could easily diffuse down into The House where its enthusiastic consumers live and play. The foods and water inside the House also allow cats to stay for a long period of time. All together, these treats will make our design a paradise for cats.

The final section of our design is The Roof, as shown with the whole structure in Figure 4. In the 3D Modeling Figure, the demonstration on the left is the bottom view of The Roof. An inverted electric fan is fixed on the roof. Its function is to strengthen the air flow though our design and facilitate the diffusion of nepetalactol inside the essence oil container, so distant stray cats are also guided by the fragrance of the oil to our Kitty Wonderland. Since there are electric wires and appliance under the Roof, the lateral sides of the Roof are sealed in consideration of the safety of cats as well as the appearance of the design. Thirteen ventilation pores are made on two sealed sides to allow air flow through our design. The Roof is fixed on the top of The House by bolts and nuts, which allow us to remove The Roof and add nepetalactol quiet easily. 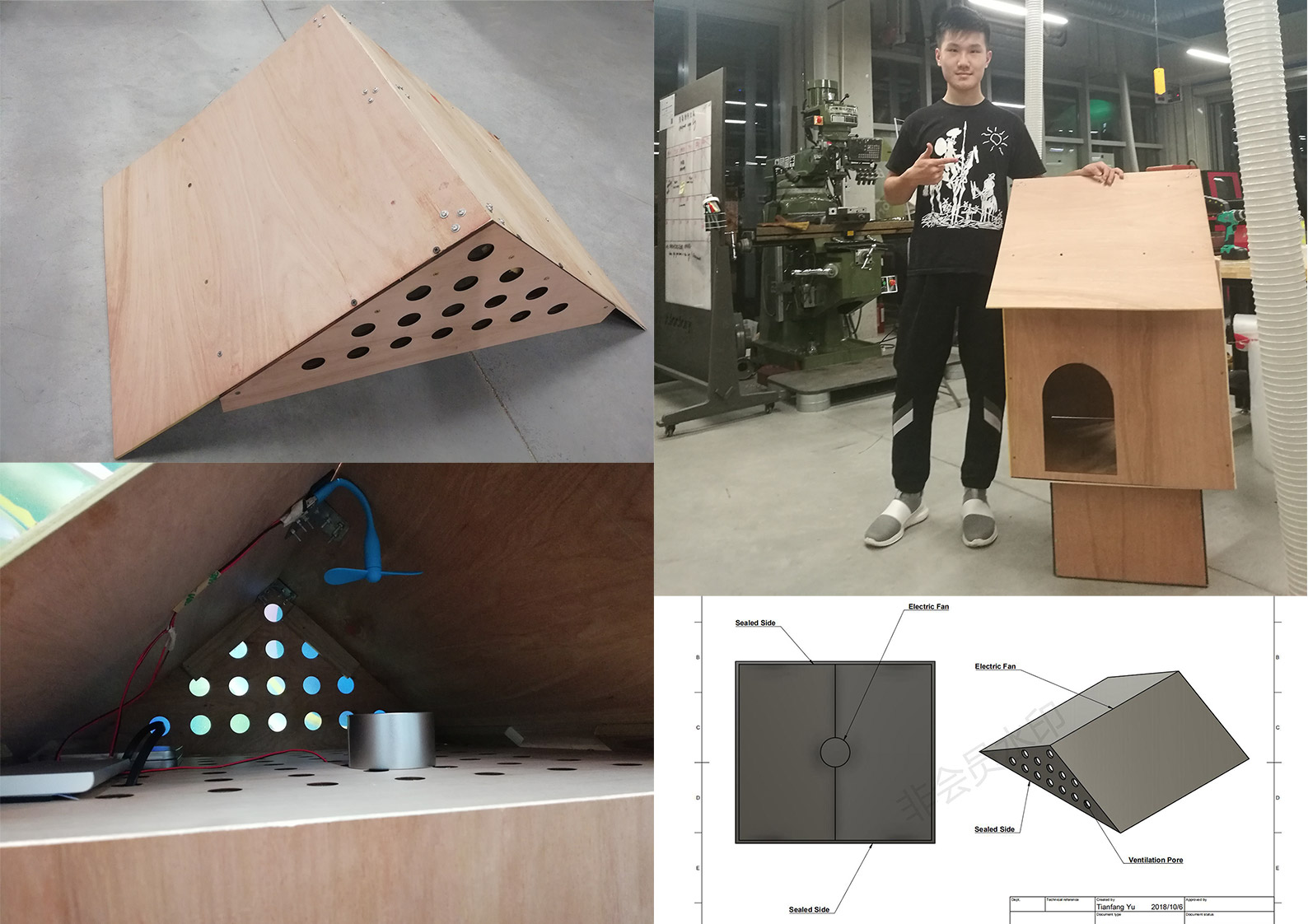 Figure 4. 3D Modeling Figure of The roof (Picture 1) and the demonstration of the detailed design of The Roof. The final structure of our Hardware in shown in picture 4

All sections are combined to produce the complete structure of our hardware. In practise, the Base Lid will be placed on top of The Base under The House to provide an extra shielding for the electric appliance (Figure 4).

After recognizing the functions of each component of our design, a brief description of the scenario of implementing our Kitty Wonderland is written below for your further understanding.

Our design will be placed on flat ground. Direct exposure to intense sunshine or heavy rain should be avoided as much as possible in consideration of the conditions of battery and other electrical appliance in the Base, in spite of the heat insulation and waterproof properties of the Base. The electric fan under the roof will spread the fragrance of the essence oil, which would fascinate the cats and guide them to our design. Foods and water will be placed inside the House in advance to treat and ease the cats. After a cat enters the House, the motion of the cat will be detected immediately by the sensor which then sends a signal to the electric door through the controller. If necessary, the electric door will shut down so that the cat is remained in our design and awaits the arrival of professionals. The whole process will be recorded by the camera inside the house for future reference and safety consideration. If there is an emergency, the workers nearby will be acknowledged through the camera immediately and they could then remotely control the electric door and release the cats.

Apart from the camera, the electric fan and the nepetalactol under the roof is completely isolated from the range of activity of the cats. Two sealed sides of The Roof mainly serve to keep the cats away from these potential danger, even though the fan is working at very low power and the wires are sealed. The wiring inside the House, as well as the gears and racks of the electric door, are also covered with tapes and metal shielding to prevent cat from touching these components. The tapes and metal shielding are removed in the pictures and 3D Modeling Figures above for explicit demonstration of our design. The position of the hardware should also be away from places with crowds and harsh weather. Long-term heating by sunlight might result in battery failure, so we place the battery under the structure and insulate it by using another wooden box. Our recommended position of the hardware is place where vegetation and shades are available, like a park or sides of a trail, and definitely where cats are playing.