TlpA is a thermal sensitive transcriptional regulator, original TlpA was provided by ETH Zurich 2017, and a different version with lower activation temperature, TlpA36, was provided by NUS Singapore 2017, is the one we are improving, BBa_K2447012.

We provided TlpA39, which is with activation temperature higher than TlpA36 but lower than the original TlpA. All these three proteins can bind to pTlpA promoter, TlpA protein, according to the proposed mechanism, it will dimerize at the operator region of pTlpA, repress it and prevent the RNAP from attach to the promoter. It will de-dimerize when temperature reaches its activation temperature. Leakage was observed, transcription of pTlpA was initiated below the expected temperature. ETH Zurich improved this by simply increase the expression of TlpA protein.

Why did we improve this?

While we are designing our drug delivery bacteria project, we found out that TlpA has too high activation energy and TlpA36 is too low comparing to human body temperature. So, we found this TlpA39 on Shapiro’s lab, and utilized it into our project.

We also constructed a TlpA39-LVA to see if the LVA tag will accelerate the derepression process, but we found that there is no repression to TlpA39 since it has been rapidly degraded.

We characterized them by culturing them under different temperature, and read them on a petri dish or plate reader. 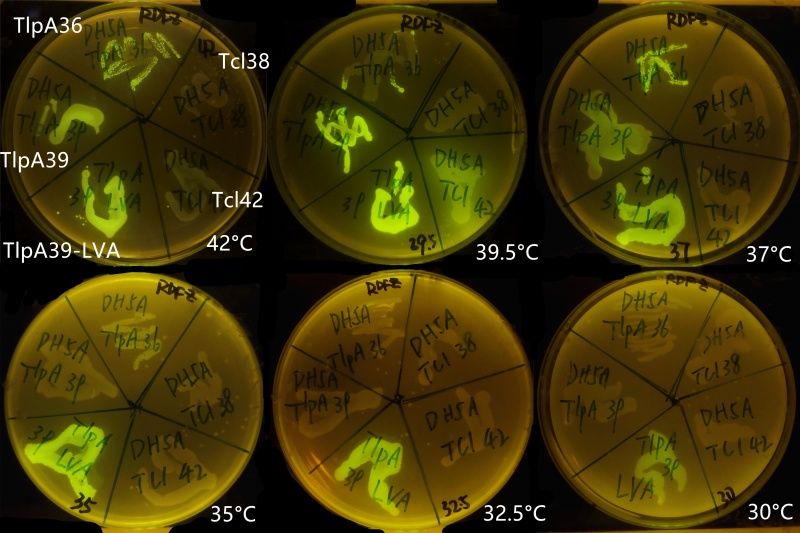 So they do initiate at different temperature. 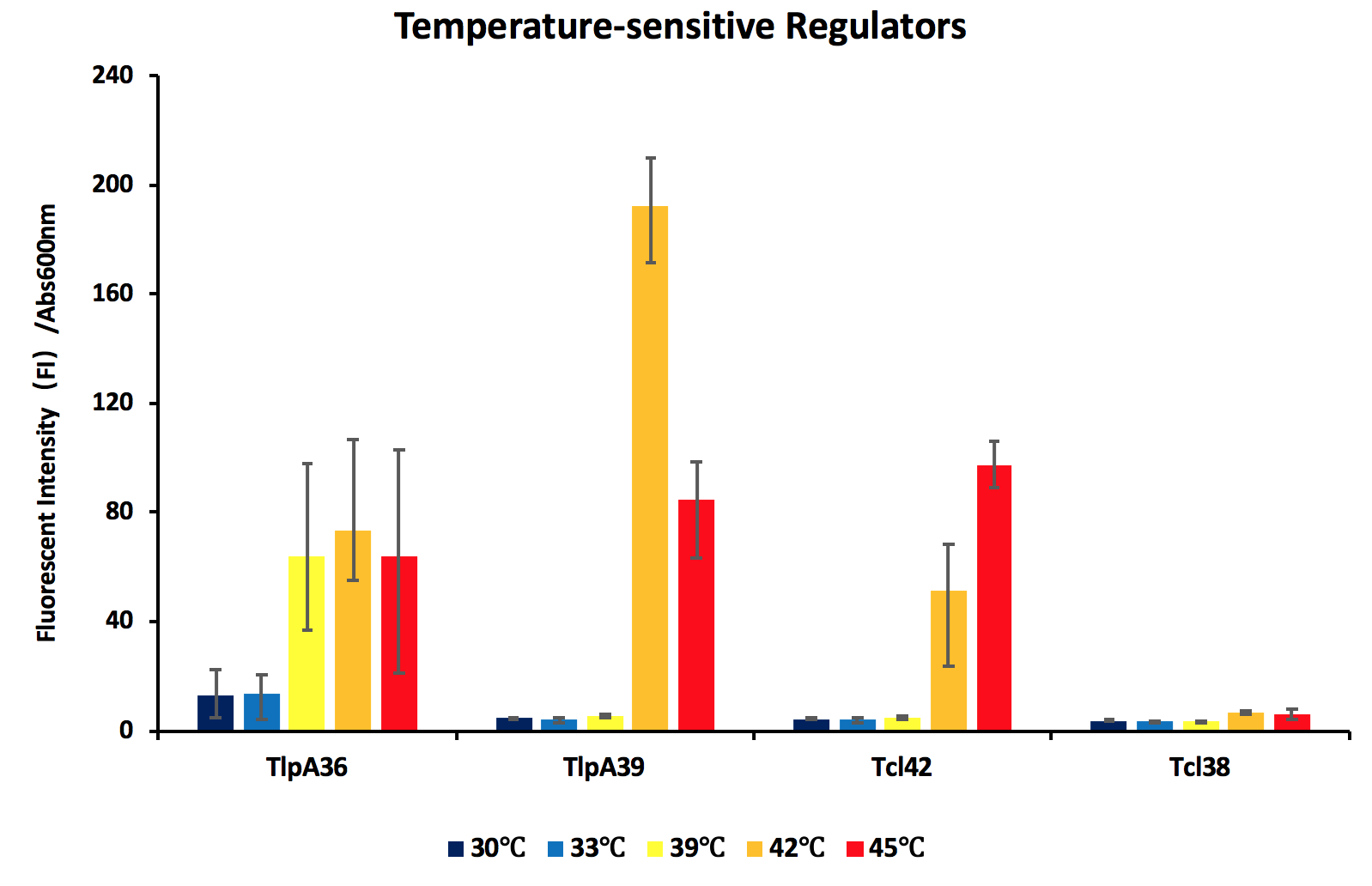