The Safety of our project:

Our project connects the four elements—sound, light, color, odor—together , and the whole process was divided to three parts: sound to light, light to color, light to odor. The sound to light module is achieved by our software, while the light to color and odor module is based on the RGB system reported by Prof. Christopher A Voigt in 2017[1]. We did some modifications and applications of the system, using the parts previously submitted by iGEM teams.

We used and only used E. coli in our experiments. The strain of E. coli we use are JF1(modified from K12) and DH5α, which means that all the organism we used in our lab are of group 1 risk. What’s more, the bacteria had been used and tested safe by Christopher A Voigt LAB in MIT. In addition, we separated our organisms from other organisms in the lab that are used by others. There is no phage or virus in our lab and our lab is of group 2 risk.

We have already sent our parts to iGEM Headquarters. Our parts are not in the select agents and toxins list. They are safe and well packed. There’s no liquid, no organism, no toxin in the package, only plasmids that are allowed to ship. Our parts are on their way to Boston, bon voyage!

The Strategies of Biocontainment of Genetically Modified Organisms 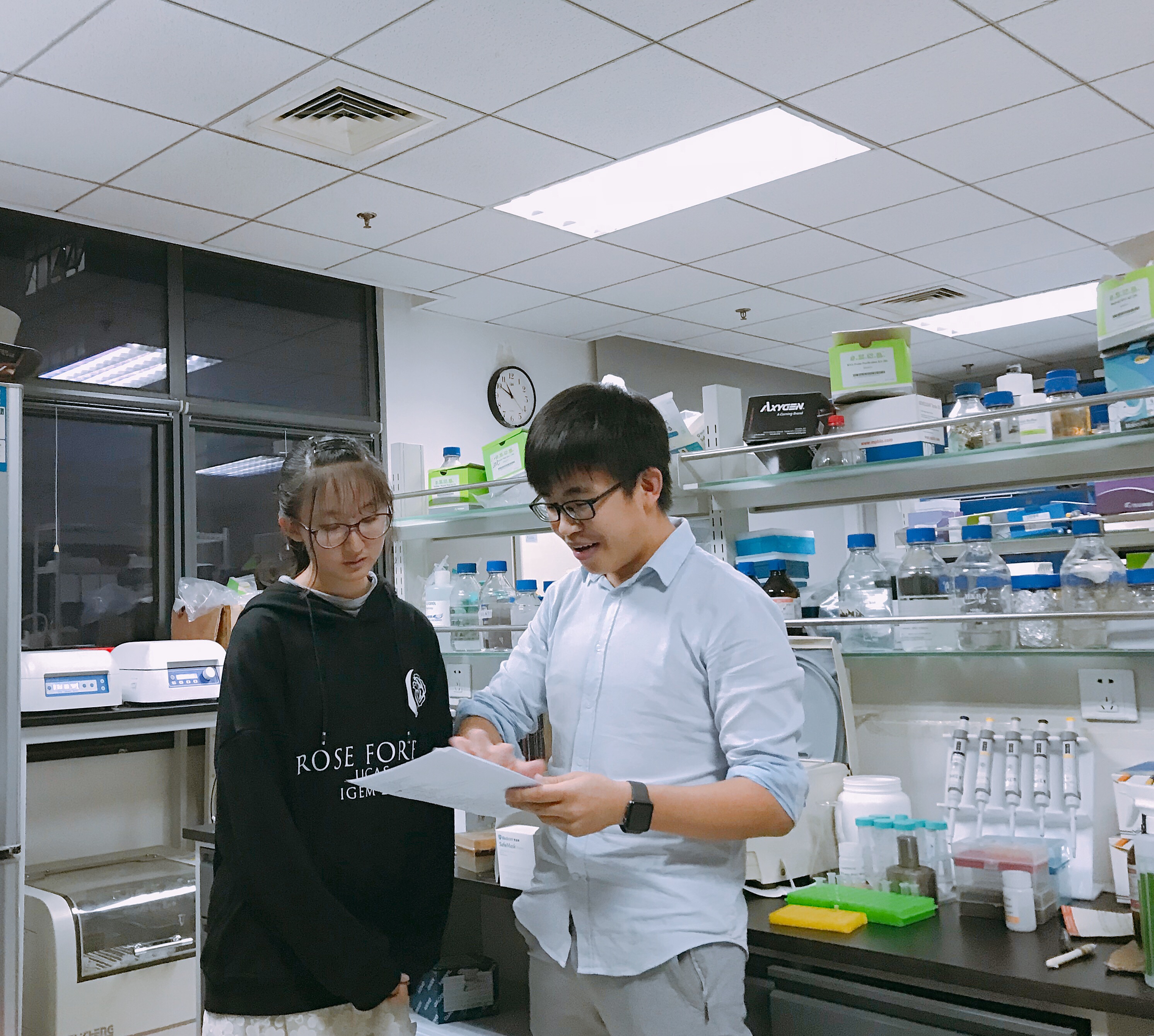 We discussed with Fankang Meng, who was a researcher in synthetic biology, about the biosafety of our project, and the general strategies of biocontainment of genetically modified organisms. We then sorted out and concluded our discussion contents into several aspects, wishing to provide suggestions on biosafety for iGEMers in the future. 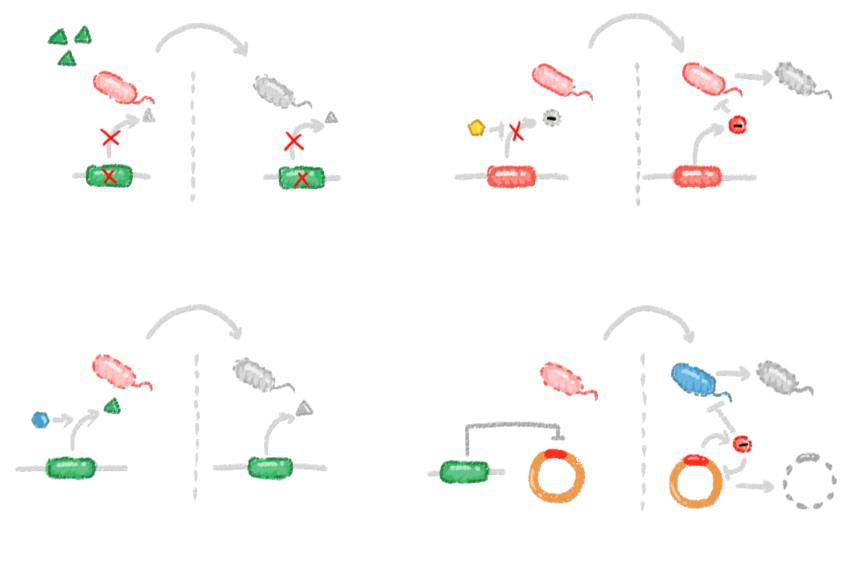 There are some genes that regulate the produce of some molecules necessary for cells. The bacteria with these genes knocked out can survive only if they can absorb these essential molecules from the culture medium. If the bacteria escape into the environment, they will not grow and survive due to the lack of essential molecules.

2.The orthogonalization of central dogma

2.1 The Introduction of Non-natural Chemicals into Nucleic Acids and Proteins

The main strategy of engineering non-natural amino acid-dependent organisms is to use directed evolution, to introduce aminoacyl-tRNA synthetase(ssRS), which encodes a specific non-natural amino acid, into the cells. Through the specific recognition of the stop codon(UAG), the targeted insertion of non-natural amino acids with special functions in the target protein is achieved. As for non-natural nucleotide, artificial base pairs such as Dx & Ps[3], Z & P[4], d5SICS-dMMO2[5] & d5SCICS-dNAM[6], have been developed to block the information transfer among bacteria in controlled and non-controlled environment. Furthermore, as the phenomenon of allosteric regulation of enzymes by ligands is widespread in organisms, synthetic ligands are also considered to be applied to contain the genetically modified organisms. And a directed evolution platform (SliDE) to screen has been established to screen for the accessory ligands which proteins require to function normally[7].

2.2 The Orthogonalization of Macromolecular Machines

3.The Design of complex Genetic Networks: 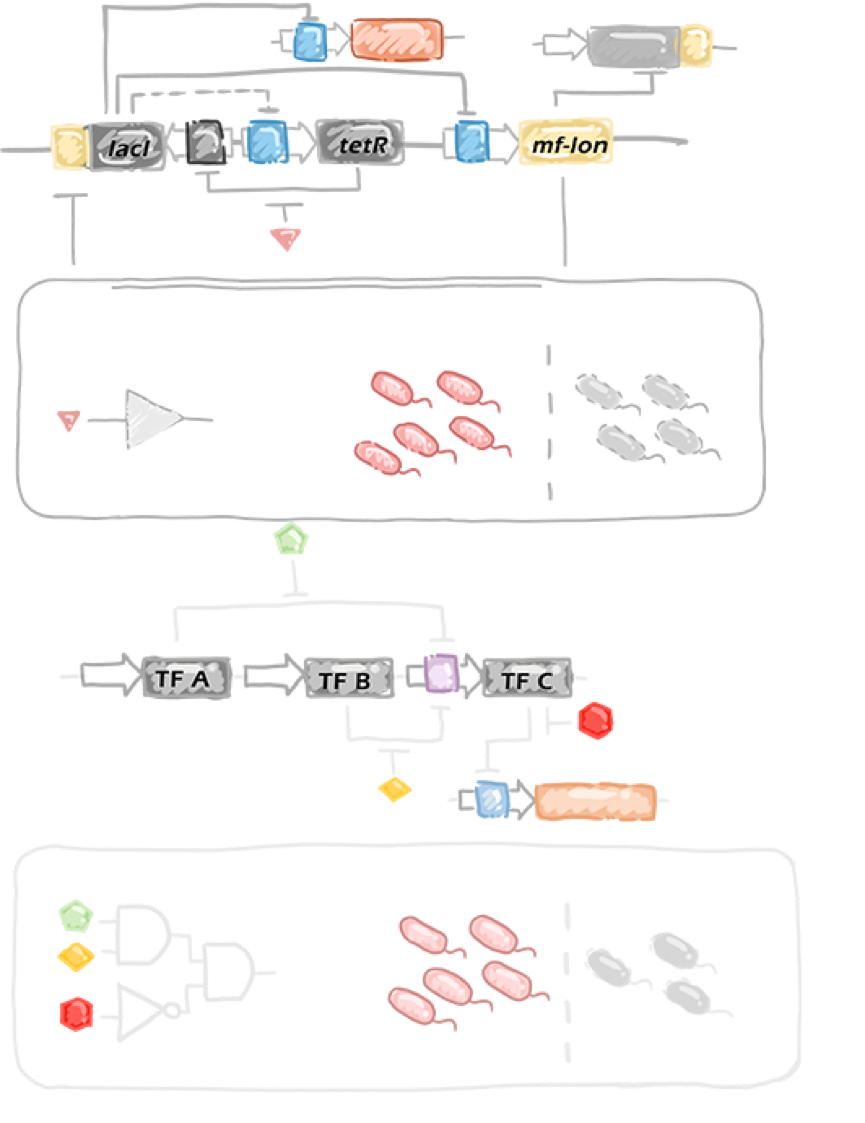 Figure 4. Complex genetic network as a strategy for biocontainment:(A)Deadman, (B)passcode

The strategies described above are mainly targeted at single target, which means that engineered microbes can escape form the system through mutation, recombination or immunity against toxin genes. By introducing redundancy into the system, genetically engineered organisms have to mutate at multiple sites to break through the biocontainment system. At the same time, due to the existence of multiple independent biocontainment systems, The time and divisions of the cells to breakthrough the biocontainment system increased significantly, and thus the escape rate is greatly reduced. As shown in Figure 5, ‘Deadman’ and ‘passcode’[8] have been developed to combine complex gene circuits to achieve biocontainment of genetically engineered organisms.

[6] Leconte A M, Hwang G T, Matsuda S, et al. Discovery, characterization, and optimization of an unnatural base pair for expansion of the genetic alphabet.[J]. Journal of the American Chemical Society, 2008, 130(7):2336-43.