In industry and research there has been growing interest in engineering metabolic pathways that bring enzymes together to produce cheap and renewable products of value. However, as these biocatalytic pathways become more complex, the ability to gain viable productivity is diminished. As an alternative, we have created a stable, self-assembling ‘Assemblase’ scaffold system that spatially organises enzymes from a multistep pathway. This lowers the occurrence of undesired side reactions and increases metabolic flux in order to affect greater product yield. The Assemblase system can act as a foundational tool for research methods and industry applications worldwide, facilitating future developments that target major global problems.

What is the Assemblase System?

Assemblase is a novel protein scaffold that specifically and covalently co-localises enzymes in a modular fashion. It is made up of three main components: a scaffold backbone, enzymes, and an attachment system to link the these two together.

The scaffold backbone is a heterohexamer composed of two alpha and four beta prefoldin subunits (aPFD and bPFD). Prefoldin is a highly thermostable protein chaperone isolated from archaea. We have fused the prefoldin subunits to ‘catcher’ proteins called Spy and Snoop Catcher, yielding aPFD-Spy and bPFD-Snoop. These catchers covalently bind Spy-Tag and Snoop-Tag in a modular fashion, which we fused to two enzymes of interest that participate in a two-step reaction.

Prefoldin is a hexameric molecular chaperone that binds to non-native proteins. We have chosen to work with this archaeal prefoldin which originates from Methanobacterium thermoautothrophica, a thermophilic archaeon with an optimal growth temperature of 65°C. This affords increased thermostability to our Assemblase scaffold, allowing for it to be used at high temperatures without negative effects. This is especially useful for our system since increased temperatures result in higher kinetic energies, allowing for an increase in the rate of catalysis.

The prefoldin scaffold is constructed from two alpha and four beta subunits which self-assemble into a jellyfish-like formation, creating the heterohexamer. The unique quaternary structure of the platform is formed from a double β barrelled assembly and a central cavity bordered by the six long tentacles which are the rods of the α-helical coiled coils. This structure, which is suited to responding to heat shock affects through chaperone function, infers a stability that makes prefoldin such an attractive option for our scaffold system. By genetically modifying and expressing each subunit individually as desired, then allowing them to self-assemble, we were able to develop a multifunctional protein scaffold.

The Spy Tag-Catcher attachment system is a binding mechanism between proteins that is covalent, fast and reactive. This gives it an advantage over other systems that are less stable and efficient in their attachment. It was developed from splitting the isopeptide bond in a domain of the fibronectin-binding protein (FbaB) of Streptococcus pyogenes into a peptide tag (SpyTag) and its protein partner (SpyCatcher). These two components reform an isopeptide bond in robust reaction conditions including a range of pH, temperature and buffer conditions, making it suitable for our adaptable system. Furthermore, the attachment is permanent, with the linkage not being reversed by boiling or competing peptides. This made it an advantageous choice for our tool as it ensured the desired enzymes would remain attached to the system throughout the desired pathway.

Using this in tandem with the similar protein ligation approach offered by the Snoop Tag-Catcher pair enabled us to offer specificity of the enzymes used to different prefoldin subunits. The Snoop peptide-protein pair was derived in a similar fashion as the Spy Tag-Catcher, but from Streptococcus pneumoniae, and has been shown to have little interaction with the Spy system. Furthermore, the use of small tags on the enzyme were considered ideal as they would not likely interfere with the function of the enzyme. This is of significant importance to our design, allowing two different enzymes to be added to our system, with the short tags being fused onto the desired enzymes, and mixing this in with the appropriately tagged alpha and beta prefoldin subunits. 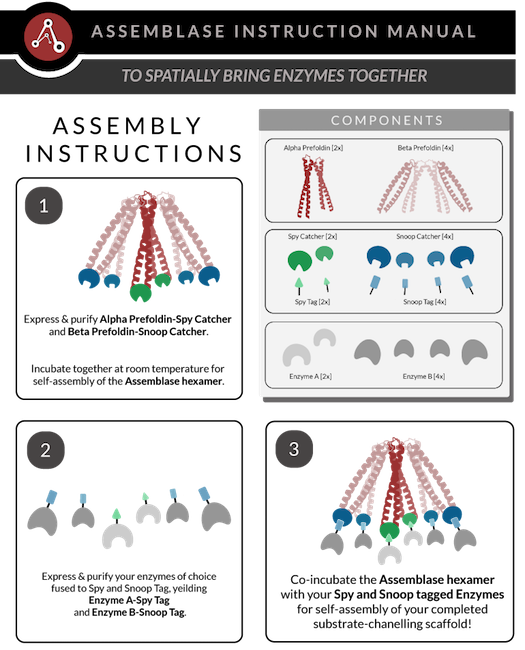 In deciding what enzymes to recruit with our protein scaffold system, it was necessary for us to consider the biochemistry, mechanism of action and ability to quantify the product titre. A biocatalytic pathway that suited this criterion was the indole-3-acetic acid (IAA) two-step reaction. This involves the conversion of tryptophan, a simple amino acid, to IAA using the enzymes tryptophan 2-monooxygenase (IaaM) and indole-3-acetamide hydrolase (IaaH). This pathway involves the oxidative decarboxylation of tryptophan by IaaM to indole-3-acetamide (IAM), followed by the oxidation of IAM into IAA by IaaH. This biocatalytic reaction was chosen since its yield and metabolic flux can be quantified by the Salkowski assay, High Performance Liquid Chromotography (HPLC) and plant root growth testing. Furthermore, the relatively large size of these enzymes allows us to infer that smaller enzymes from alternate pathways would also be accommodated by the Assemblase system.

What are the Advantages of our Tool?

We designed our system in such a way that it could be adaptable to a whole range of applications. The thermostability of the Assemblase scaffold means that the system is only limited by the nature of the enzymes chosen. This gives it significant advantage over previous nucleic acid designs, such as those by iGEM Slovenia 2010 and ZJU 2012, that lack this stability. The two distinct variants of the tag-catcher attachment systems used in our design enable the modularity of the prefoldin subunits to be utilised, further enhancing the ability of our system to adapt to different pathways. Unlike the iGEM SCUT 2017 team, this allows us to arrange our enzymes covalently to the scaffold in the ratios desired. This level of control has been attempted in other scaffolds, such as the aptamer switch on the RNA scaffold proposed by ZJU, yet the complexity and required regulators made this solution unable to take off from a commercial sense.

In order to avoid similar short comings, our team set out to engage with a range of experts in industry and research. Through our discussions we were able to generate a greater understanding of how to promote the commercial viability and widespread use of our system. As a result, we adapted our design to ensure that our scaffold system was simple, effective and adaptable. Through experimentation and testing we were able to show that the simple components of our design were feasible to clone and express. This has been further demonstrated through our mathematical modelling work which showed how enzyme co-localisation would efficiently increasing product yield.

Who will use our tool?

We propose that the Assemblase system will be used worldwide for applications of metabolic engineering in fields such as pharmacy, agriculture, bioremediation and foundational research. The team engaged with the wider community to generate an understanding of areas they would like to see our tool having a positive influence. Discussions with commercial viability also contributed to our repertoire of possible future applications. As a result, we have been able to compile examples of how we see our system making waves in the future: 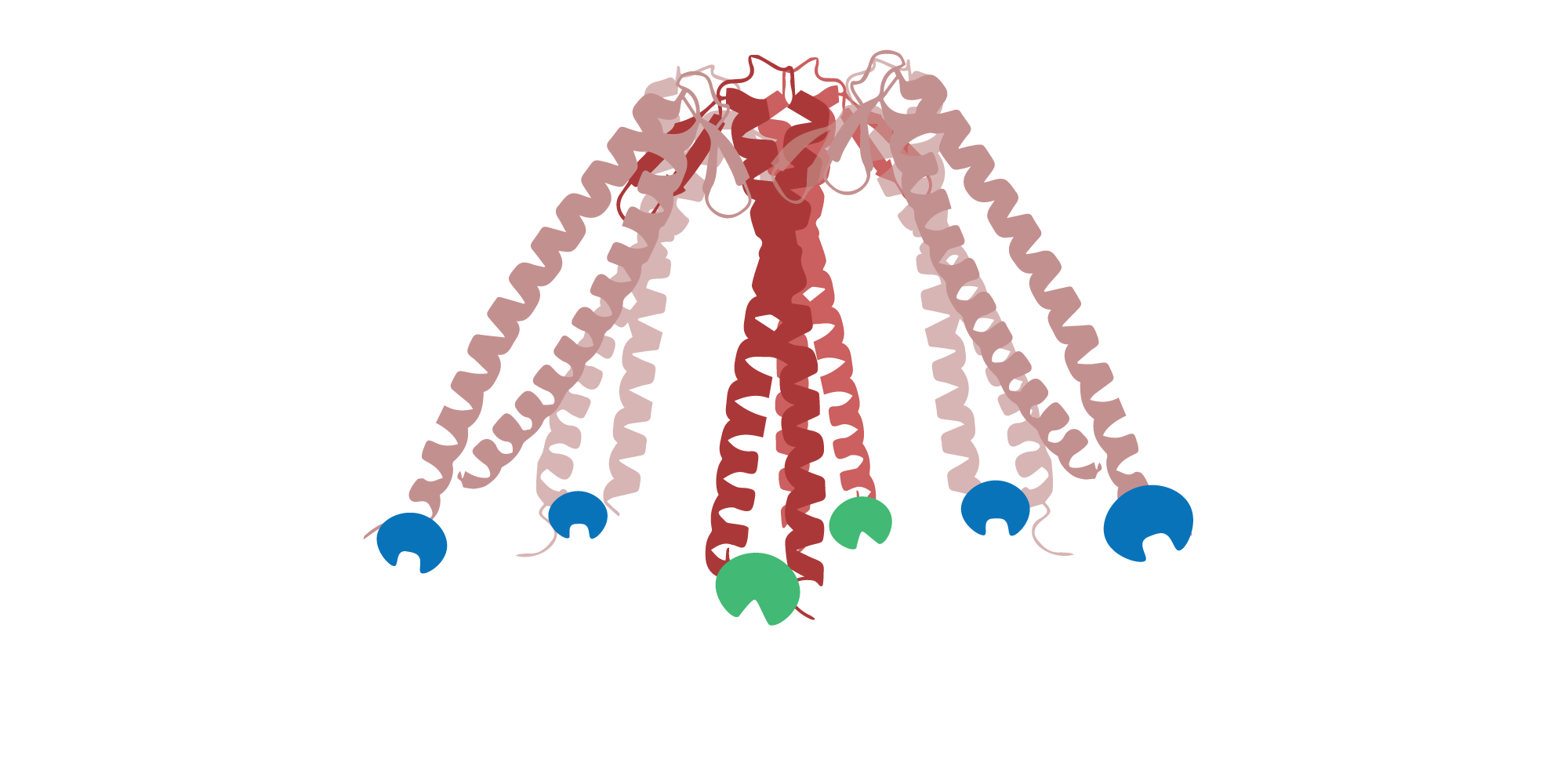 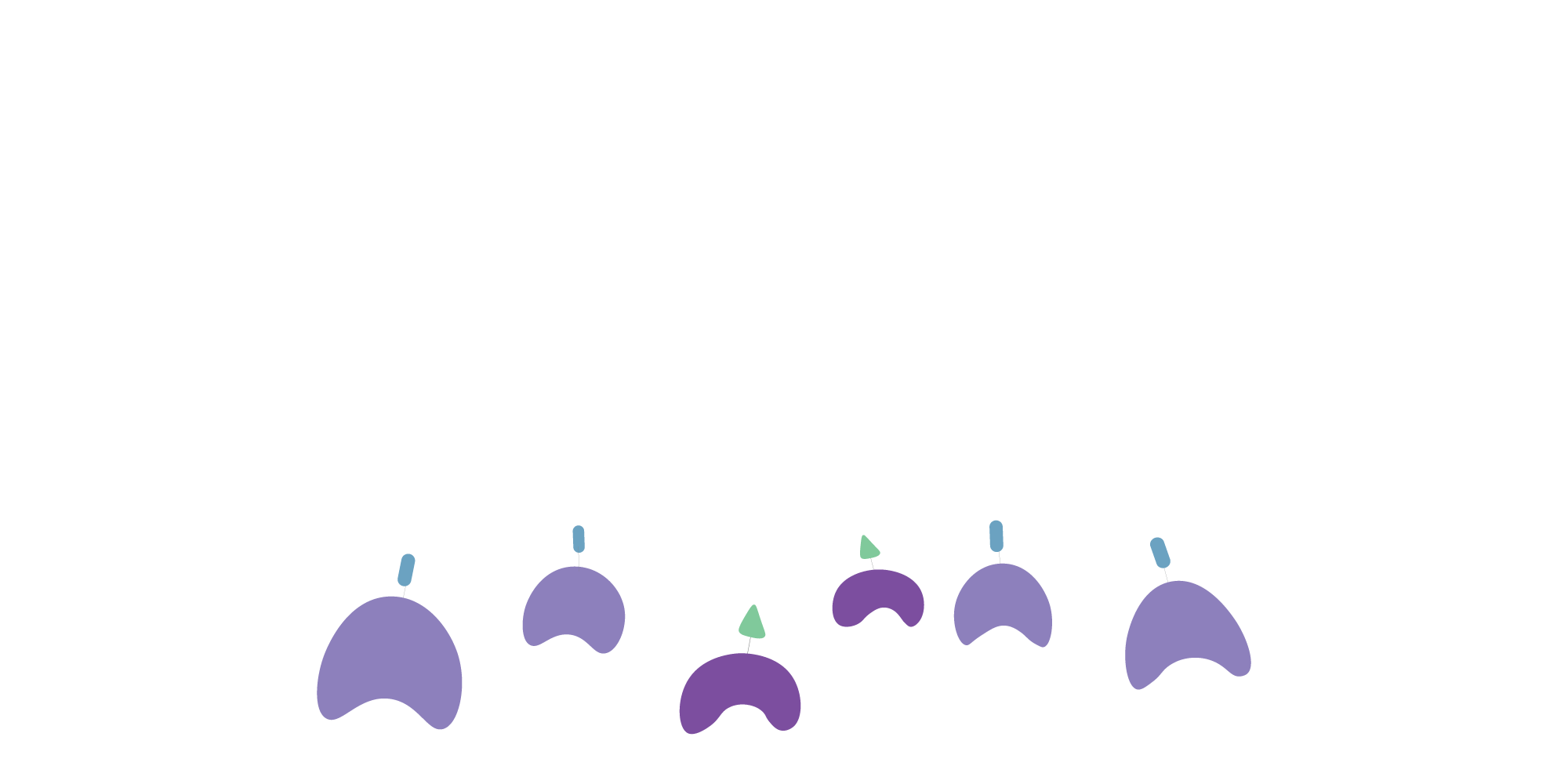 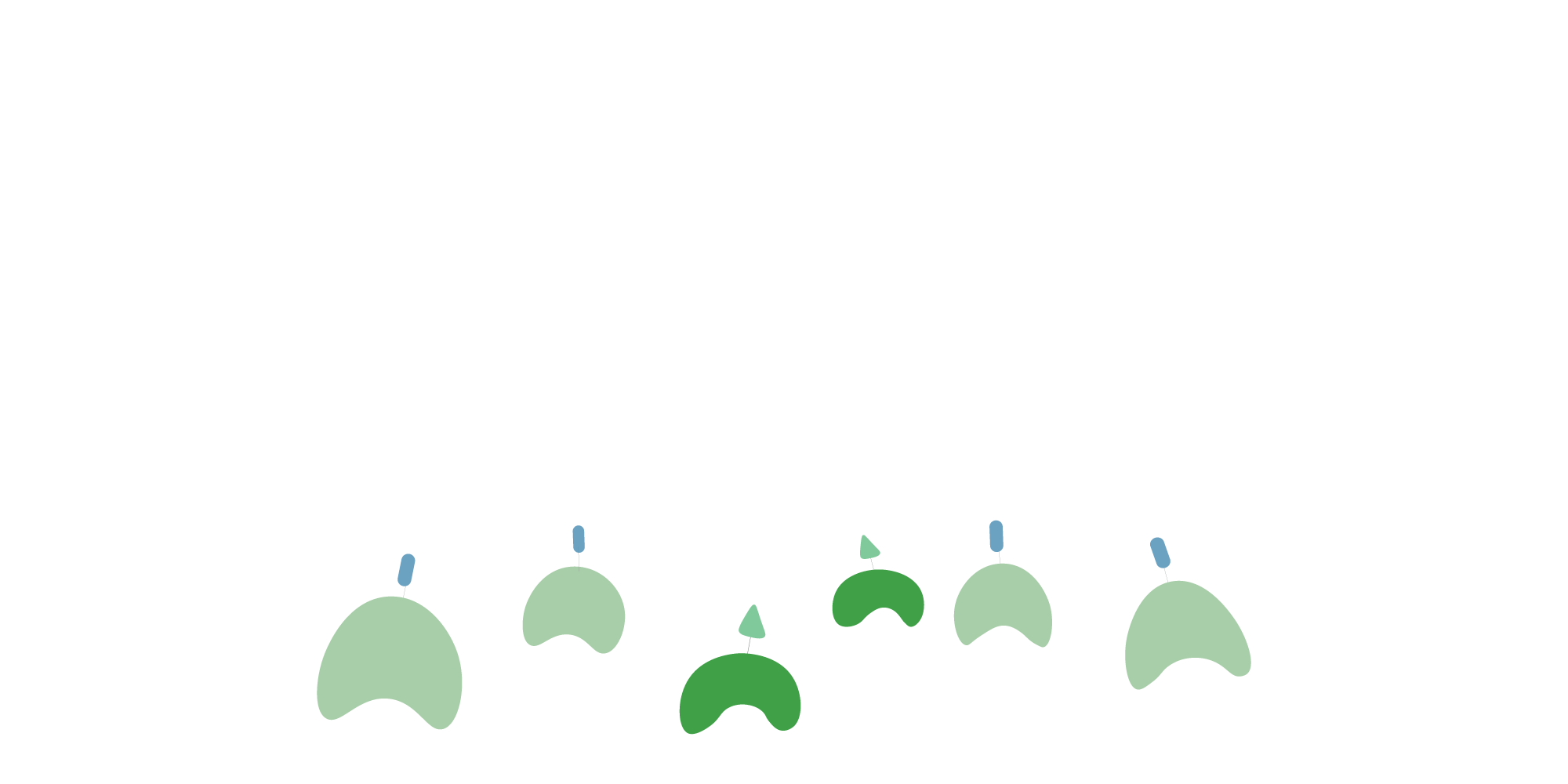 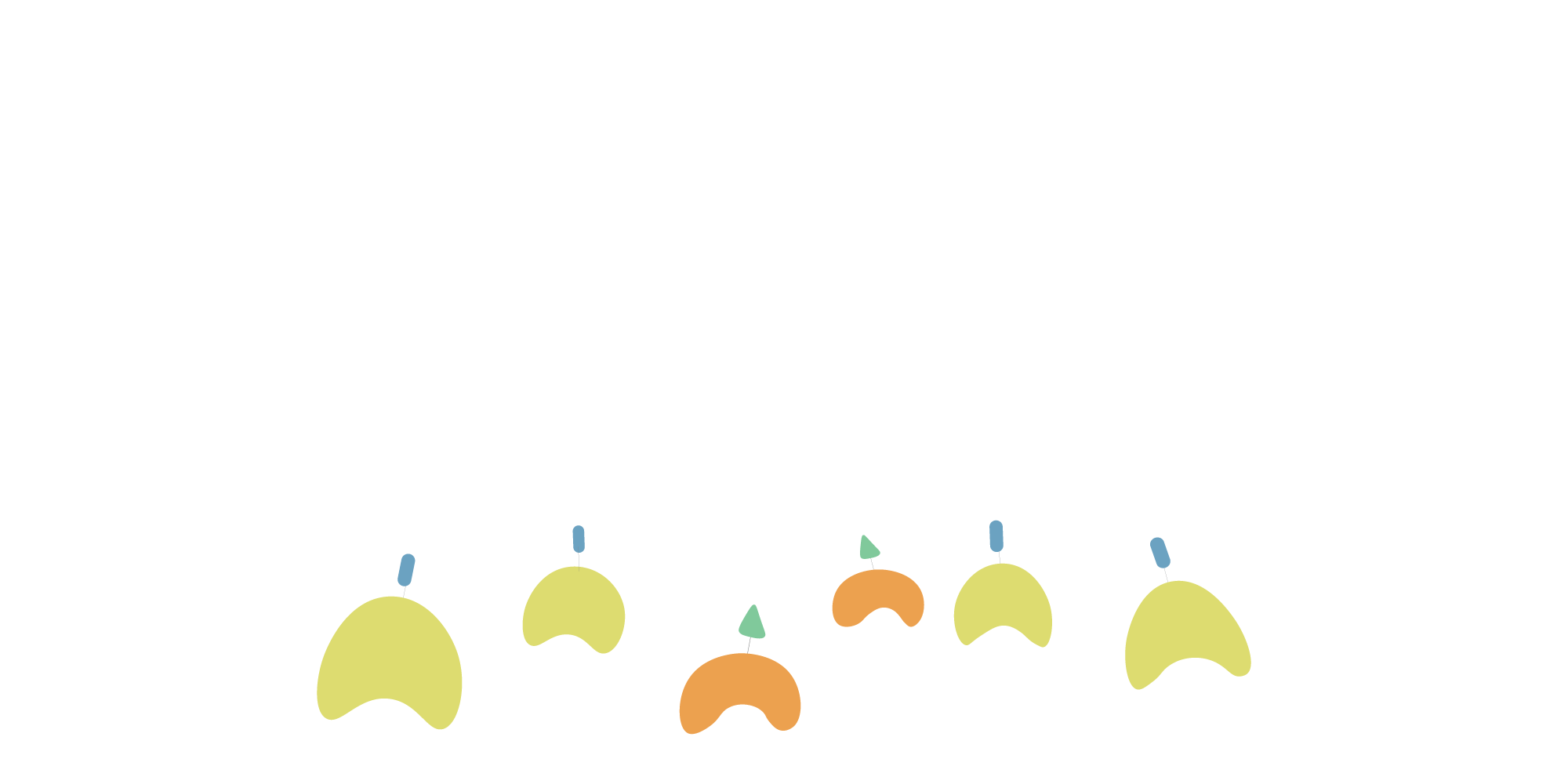 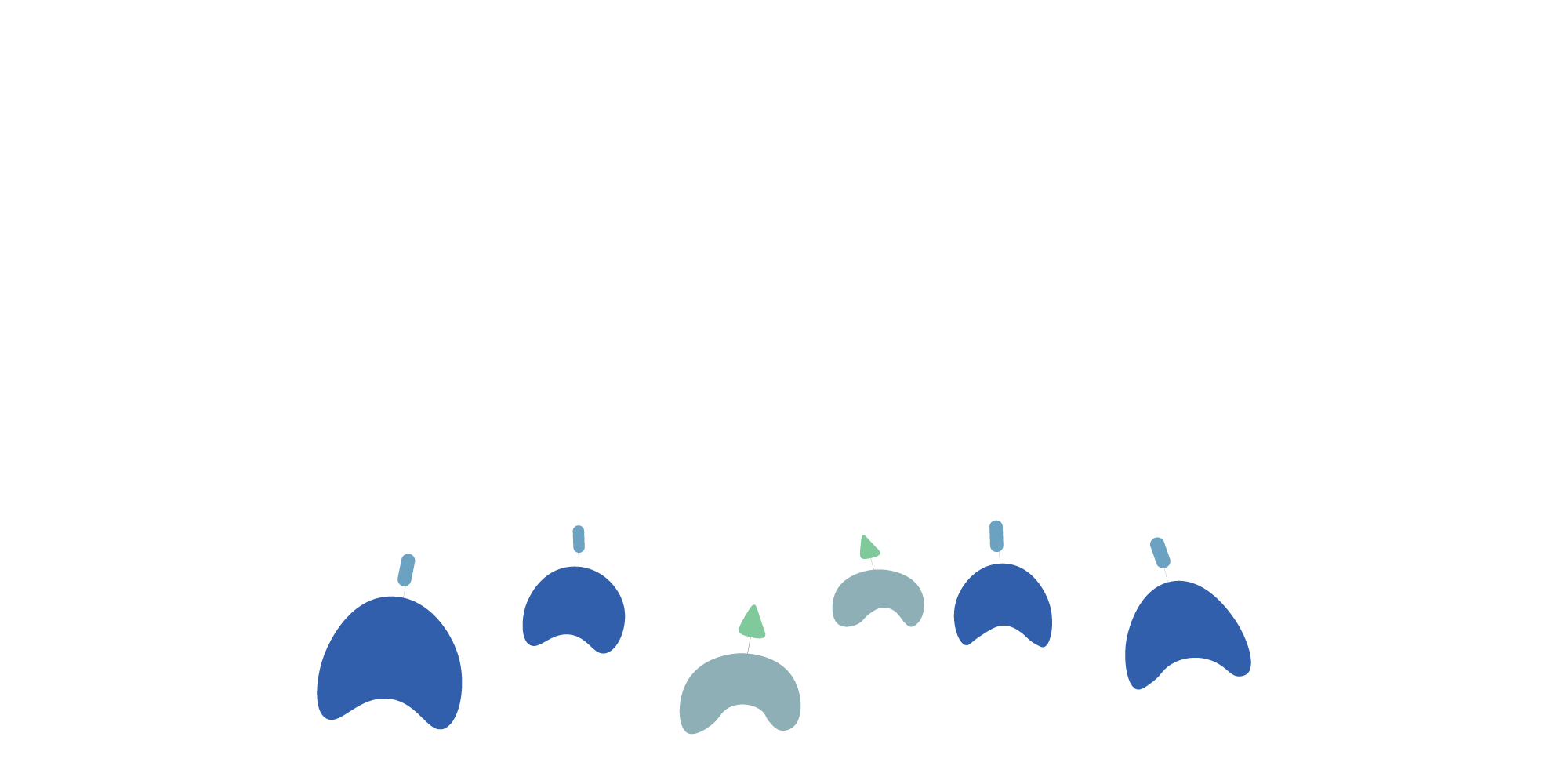 Our enzyme scaffolding tool can be targeted towards biocatalytic reactions, many of which are being developed in the pharmaceutical industry as an alternative to synthetic chemistry methods. This trend is particularly prominent in pathways where products or intermediaries form significant quantities of unwanted enantiomers, which then usually become waste. A good example of this is the synthesis of the Taxol side-chain. The commercial viability of chemical synthesis methods to produce this anticancer drug has been significantly marred by the racemic mixture that results from chemical synthesis. This inefficient process could be overturned by attaching the slow-turnover rate enzymes, PAM and TycA-S563A, to our scaffold resulting in the correct stereoisomers being produced without waste. As such, this anticancer drug could hit the market at a significantly reduced price, benefiting consumers.

The Assemblase system is designed to be used as a research tool, especially within laboratories interested in enzymatic activity. Not only is the scaffold highly thermostable, it is also modular, and so may easily be modified to be used with a wide range of enzymes. Additionally, the system is self-assembling, cutting down on the lengthy protein conjugation processes otherwise needed. This ensures that our tool will act as a foundation for important research to be conducted with in the future. As discussed in the future directions of our design page, we are looking at developing our system to work with the 3-enzyme glucaric acid pathway that has commonly been used in scaffolding projects to emulate how system architecture is a crucial determining parameter for optimising metabolic flux.

The Assemblase system also presents the potential to act as a platform to maximise the impact that novel biocatalytic are having on the environment. For example, the plastic-degrading enzymes, PETase and MHETase, which are currently making waves in the synthetic biology community could be agglomerated with our scaffold tool to increase the overall reaction efficiency of their multi-step plastic breakdown reaction. Alternatively, our tool could be used with catechol dioxynases to degrade petrochemicals such as xylene or toluene, contributing to the growing application of molecular tools to biocatalytic bioremediation. As such, we envision our Assemblase scaffold being adapted tools for use in the field to help fight plastic waste and oil spills.

Our enzyme scaffolding tool can be targeted towards ex vivo biocatalytic reactions, many of which are being developed in the agricultural industry as an alternative to synthetic chemistry methods. This trend is particularly prominent in pathways where products or intermediaries form significant quantities of unwanted enantiomers, which then usually become waste. A good example of this is the synthesis of astaxanthin, a carotenoid pigment naturally found in some marine species. It is used in aquaculture to produce the characteristic reddish pigment to farm-raised salmon tissue. Chemical synthesis has previously been the main method of synthesising this carotenoid, however recent interest has grown in producing commercial astaxantin via natural sources and metabolic engineering. Working with research into this area could result in an effective way to biosynthesise commercial astaxanthin at a sufficient efficiency to interest major market consumers.