In order to determine the successful activity of our chosen enzymes, we used a number of assays to measure levels of reactants and products in the indole-3-acetic acid (IAA) production pathway. Assays were designed to measure the presence of tryptophan (initial reactant), indole-3-acetamide (IAM, the intermediate reactant) and IAA (product). As a simple, fast, and inexpensive test we used a Salkowski assay, previous described by iGEM Imperial College London 2011, which measured levels of IAA production over time. An HPLC assay was additionally used to gather more detailed data about the relative abundance of each of the reactants and products over a given time period.

IAA biosynthesis was selected as our candidate pathway for investigating the performance of our Assemblase scaffold. The IAA biosynthesis pathway involves the conversion of tryptophan to indole-3-acetamide by the enzyme IaaM, followed by conversion to IAA by the enzyme IaaH (Figure 1). In order to examine the performance of the IaaM and IaaH enzymes in our Assemblase scaffolding system compared to when they are free in solution, it was necessary to set up assays to quantify reaction turnover. To this aim, we established the Salkowski assay and HPLC in our lab. These assays allow us to determine the relative abundance of each of the reactants and final product in the IAA production pathway.

The Salkowski assay is a colourimetric assay that detects IAA in solution. This simple assay was therefore useful to compare IAA production by unscaffolded veruses Assemblase-scaffolded IaaM and IaaH enzymes. We first performed the Salkowski assay on standards prepared from commercially available IAA. The 2011 Imperial College London iGEM team described a method for conducting a Salkowski assay on IAA, we have expanded their method.

We generated a standard curve using the assay, with an R2 of 0.99. Thus we were confident in our ability to detect IAA (Figures 2 and 3). The 300 µl value was removed to generate the standard curve due to the concentration being beyond the detection limit of this assay. 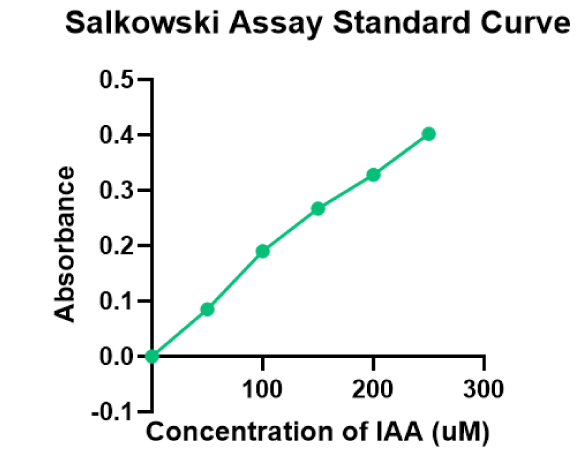 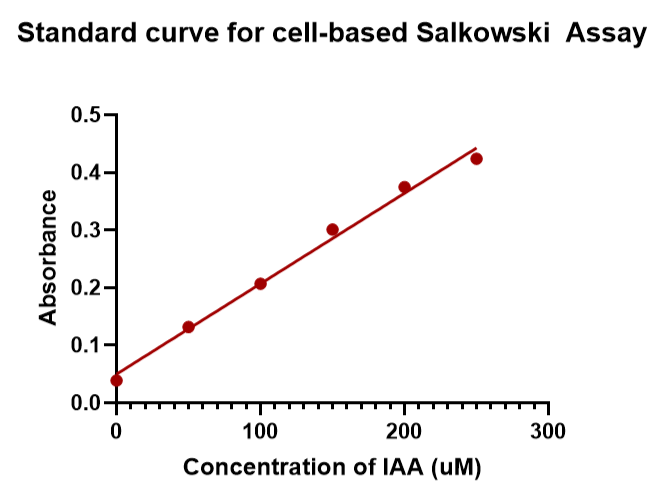 Escherichia coli T7 Express cells producing IaaM and IaaH were grown in tryptophan-enriched Luria broth, and Salkowski assays were performed on cell pellets collected and the resulting supernatant (Figures 4 and 5). However, these were inconclusive due to contamination of the control sample. Salkowski assays to determine how readily the purified enzyme IaaH converted IAM to IAA showed us that the Salkowski reagent is not able to differentiate between the two molecules (Figure 6). From this, we learnt that a more precise assay was required and so we opted to perform HPLC. 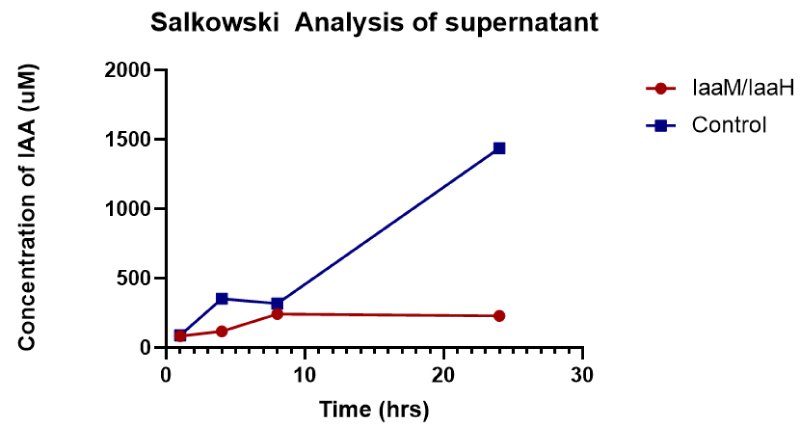 Figure 4: A Cell based Salkowski Assay was performed on the supernatants of cells expressing IaaM and IaaH, incubated in the presence of tryptophan for varying time periods. Control denotes the vector contains no IaaM and IaaH producing gene. The concentration was produced by the ‘Figure 3’ standard curve, with upper limit of 250 µM, therefore, the insert value at 4 hrs is inaccurate. 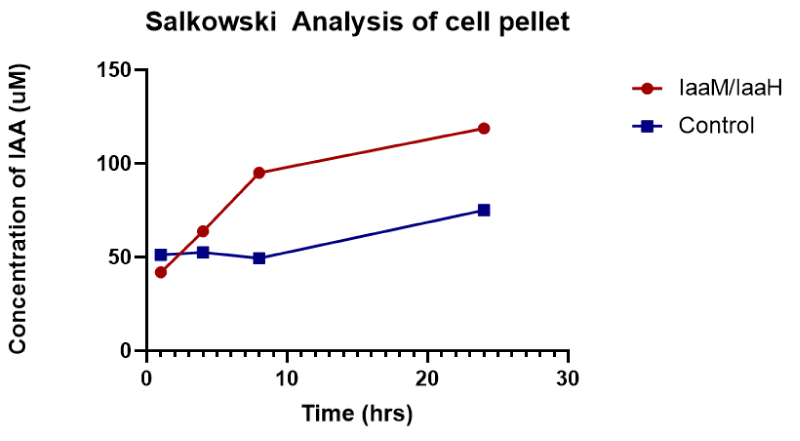 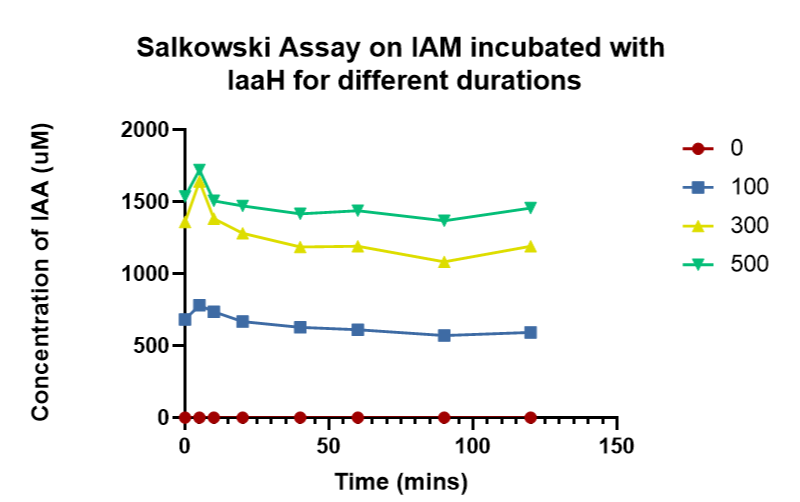 Figure 6: IAM was incubated at different µM concentrations (Key) with the enzyme, IaaH (3.04 ng/µL). All of the shown readings exceed the scale of the standard curve

High Performance Liquid Chromatography (HPLC) is a technique used to analyse, measure, separate and identify components of a mixture. The mixture passes through a column packed with an adsorbent material, which causes different flow rates for the different components of the mixture. We present a method to prepare the supernatant from lysed cells containing the enzymes. This allows for the measurement of the 3 key intermediaries using HPLC; tryptophan, indole acetamide, indole acetic acid. HPLC enables measurement of these intermediaries with greater sensitivity than the Salkowski assay and is able to distinguish between indole acetamide and indole acetic acid. 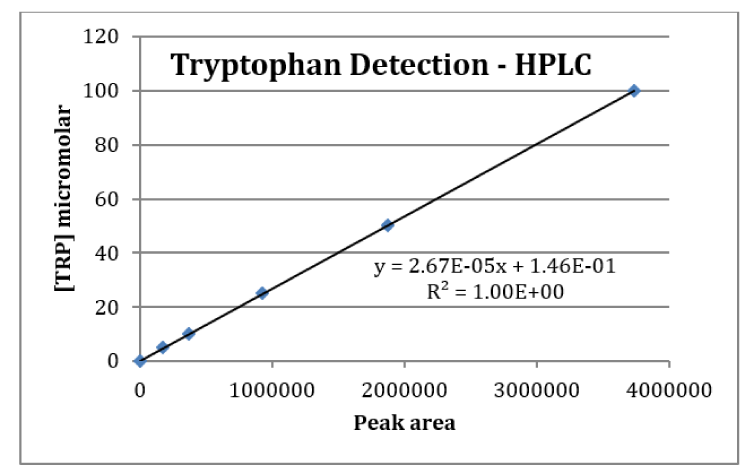 Figure 7: Standard curve for detection of tryptophan. The peak area refers to the area under the chromatogram peak. 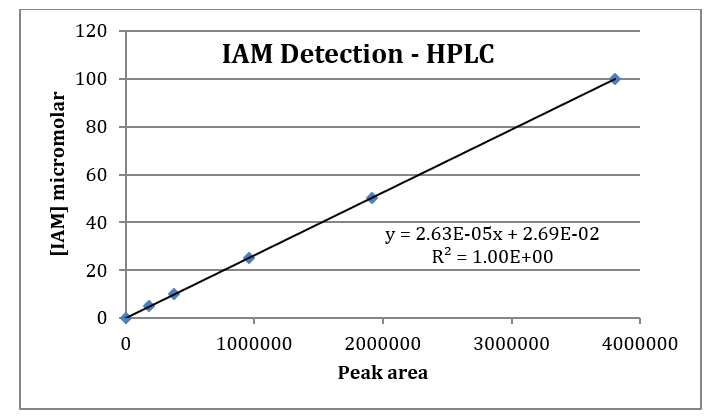 Figure 8: Standard curve for detection of indole acetamide. The peak area refers to the area under the chromatogram peak. 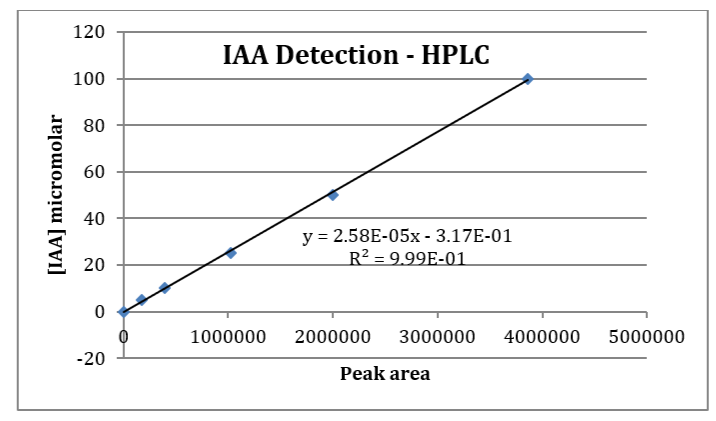 Figure 9: Standard curve for detection of indole acetic acid. The peak area refers to the area under the chromatogram peak.

HPLC chromatograms were recovered, demonstrating the ability of the method to detect the presence of each intermediary in mixed solutions. We report good mixture detection at 100 µM and 10 µM concentrations of each mixture , with less resolution when samples were present in 5 µM concentrations (Figures 10, 11, and 12). 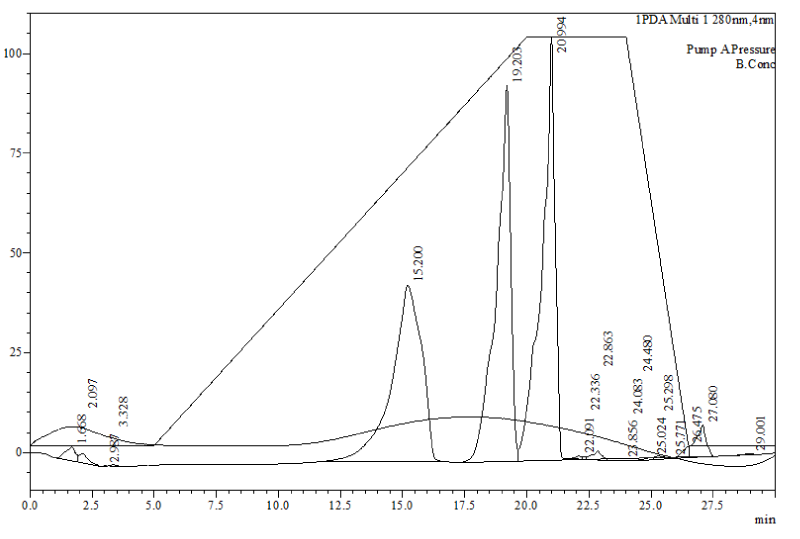 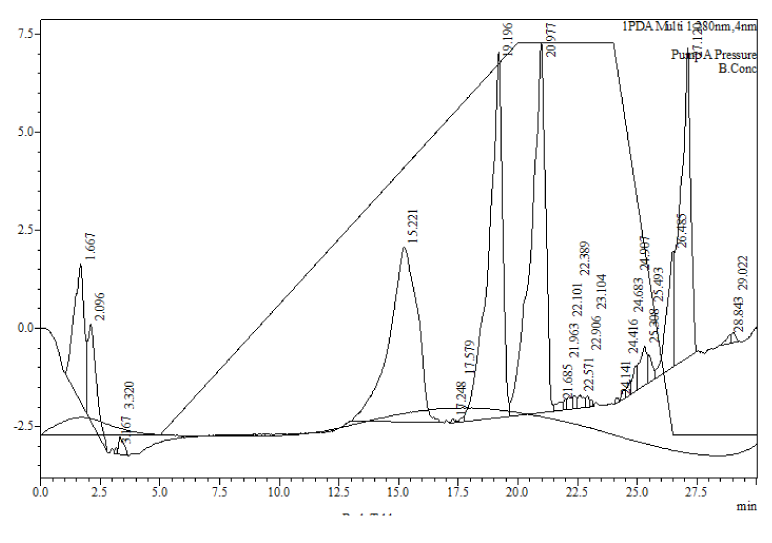 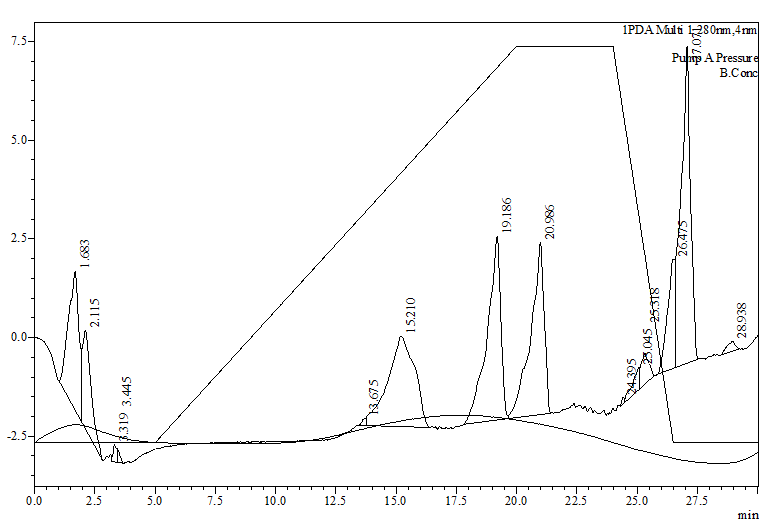 The Salkowski assay is a suitable and relatively inexpensive tool to determine the concentration of IAA when it is pure in solution. Our Salkowski assay standard curve for IAA concentration generated an R2 value of 0.994. Unfortunately our results using IaaM and IaaH expressing bacterial cell pellets and supernatant were inconclusive due to contamination of the control sample (Figures 4 and 5). Further Salkowski assays to determine how readily purified enzyme IaaH converted IAM to IAA showed us that the Salkowski reagent is not able to differentiate between the two molecules (Figure 6). From this, we learnt that a more precise assay was required and so we opted to perform HPLC.

HPLC analysis produced far more accurate standard curves for IAA (R2 = 0.999), and very accurate curves for IAM (R2 = 1.000) and tryptophan (R2 = 1.000). HPLC allowed analysis of all three intermediates with one analysis, and has the potential to measure a changing concentration of these intermediates. Given the high quality and accuracy of standard results produced in the initial HPLC standards, more accurate analysis would provide little benefit as an assay for IAA.

Further analysis of the changing concentration of IAA in IaaM/IaaH expressing cells incubated with tryptophan by HPLC could verify the potential of the enzymes to produce IAA from tryptophan. HPLC could then be used again, on scaffolded IaaM/IaaH incubated in the same conditions to determine any effect scaffolding these enzymes has on changing the rate of overall reaction in the IAA synthesis pathway.