Antibiotics has played an important role in safeguarding human health and promoting the development of animal husbandry for a long time. However, in recent years, the overuse of antibiotics has aroused widespread concern which mainly focuses on the emerging problems of antibiotic-resistant bacteria and ARGs. Antibiotics and antibiotic resistance genes(ARGs) are new pollutants. Antibiotic does not accumulate in the body, and 70% - 80% of antibiotics will be discharged into the environment with urine. These different kinds of antibiotics have impact on microorganisms in the environment. Antibiotics give stress to microorganisms, and then they will be induced to generate ARGs and even change into superbacteria. ARGs are also likely to spread and diffuse in the environment, which easily threatens public health, food and drinking water safety, thereby causing direct health hazards to our human beings.

Antibiotic resistance: Global Report on Surveillance released by the World Health Organization in 2014 shows that 63,000 people die each year from super-resistant bacteria in the United States and 25,000 in the European Union. The number of deaths caused by superbugs in the United States far exceeds that of HIV[1]. If the global spread of superbacteria is not effectively curbed, the resulting death toll could increase by 10 million annually. To cope with the spread of superbug, the world needs to spend 100 trillion dollars by 2050[2]. Therefore, it is necessary and urgent to carry out the related research on ARGs and reveal the diffusion and transmission of ARGs in the environment for assessing the ecological risk of ARGs.

Existing treatment technologies can only deal with some of the genetic contaminants that have been diffused into the environment, but can not eliminate the source of pollution. Therefore, we expect to construct a controllable genetic engineered bacteria which has self-eliminating ability of resistant genes by using CRISSPR/Cas9. This molecular machine has high efficiency of gene editing and optical control system. We can use it to solve the problem of bacterial resistance from the origin and to provide a possible and effective way to solve resistant gene pollution and protect the ecological environment.

CRISPR/Cas9 is the abbreviation of Clustered Regularly Interspaced Short Palindromic Repeats and CRISPR-associated protein 9. CRISPR/Cas system is the immune system of prokaryotic organism. When guided by gRNA, Cas protein can cut the target DNA and cause a double-strain break. Now this system has become an efficient, fast and accurate genome editing tool. 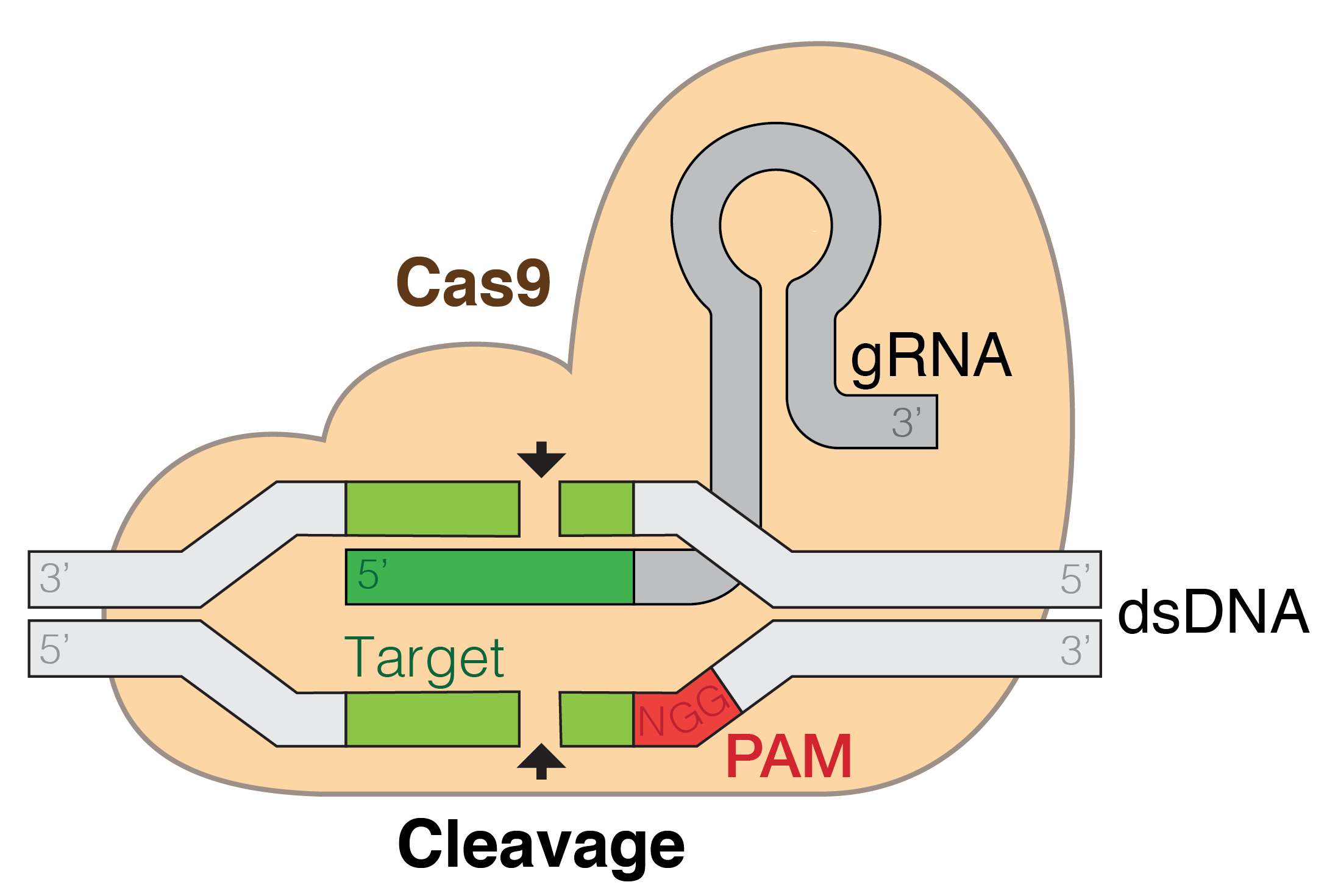 Basically, the CRISPR/Cas9 genome editing system needs two plasmids, one expresses Cas9 protein, the other provides desigened sgRNA. Antibiotics resistance has become a global health issue. Till today, almost all of microbiology labs and fermentation factory use antibiotics ARGs as selective marker. Our project creates a plasmid that include both Cas9 gene and sgRNA sequence. When induced by light of a certain wave length, it cuts the antibiotics ARGs in the bacteria preventing them from leaking into the environment.