3.1.Comparison of the efficiency of the light-controlled gene expression system in different host E. coli strains 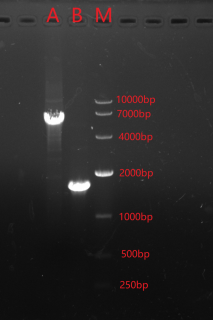 Figure 9. PCR amplification of T7 promoter and linearization of the vector for expressing the light-controlled system

3.3.Elimination of the template plasmid with DpnI 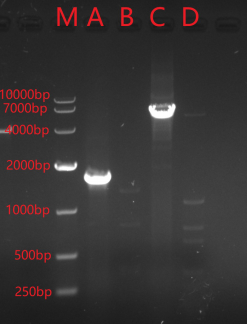 Fig. 10 Degrading the template plasmid in the PCR product 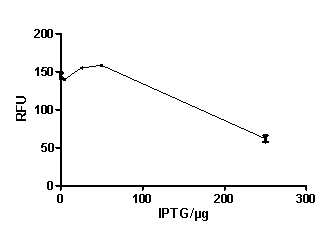 We evaluated a CRISPR/Cas9 system with MG1655 and MG1655 ΔpanD. The two strains were transformed with pCas, which expresses Cas9. The sgRNA which targets to a site in the panD gene was expressed in a plasmid pTargetF-panD. The pTargetF-panD was able to transform MG1655 ΔpanD pCas9, but not MG1655 pCas9, indicating that CRISPR/Cas9 was able to recognize and cut DNA in the chromosomal gene.

Figure 1. The result of culture 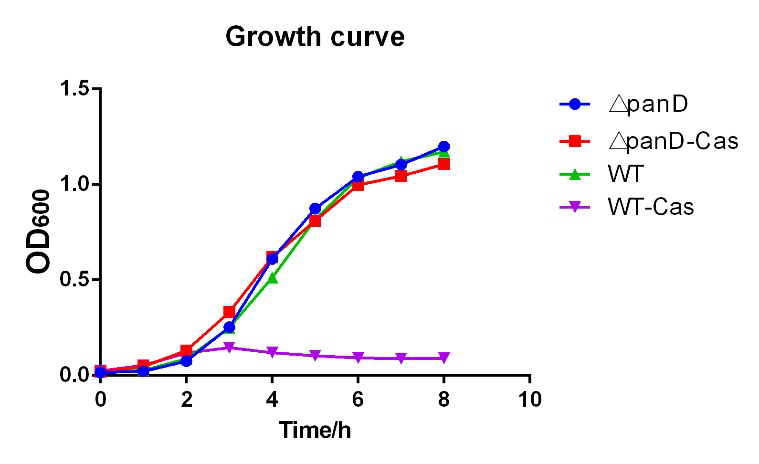 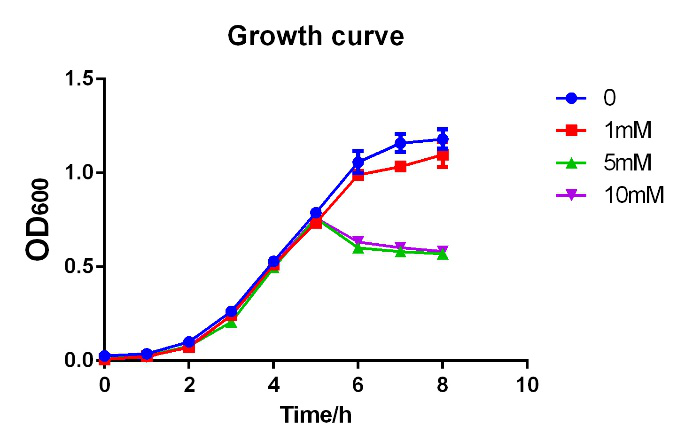 In our experiment we required transformation data and two growth curve in the end. Fig.1 shows that after adding arabinose, E. coli MG1655 with PBAD-Cas9 plasmid stopped growing. We used OD600 to characterize the cells amount so to proving that the expression of Cas9 protein can be regulated by 10mM arabinose. Fig.2 shows how different concentrations of arabinose affects the Cas9 expression. 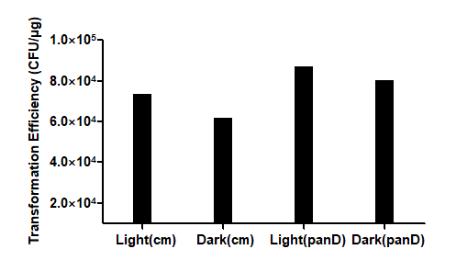 Figure1. Transformation of the plasmid carrying the light-controlled CRISPR/Cas9 system under dark and light conditions

1、Construct a part with repression system.

For testing this device we used DH5α cells which contain the plasmid named pGLO-lacI. This plasmid contains the parts (BBa_K2556032) we wanted to test. The steps are as follow:

①pCAS was cultured in the test tube with liquid LB medium. After 12 hours, we extracted the plasmid DNA and measured the concentration.

②We prepared the insertion fragment and the linearized carrier（pGLO）by PCR. Then the PCR products were de-templated by DpnⅠ, then purified by TaKaRa kit to prepare for ligation.

⑤Colony PCR and ideal colonies were selected, sequenced by company. We preserved the strain and began to test the effectiveness of the repression system.

Verify the function of repression of lacI

①Strain contained target plasmid was cultured in the test tubes with liquid minimal medium. Different conditions are set in each test tube and the conditions can be seen clearly from the chart below. (Parallel three groups)

②OD600 and GFP values of the bacterial culture were measured periodically with the automatic microplate reader. For green fluorescence, excitation and emission wavelengths were 395 and 509 nm.

②OD600 and GFP values of the bacterial culture were measured periodically with the automatic microplate reader. For green fluorescence, excitation and emission wavelengths were 395 and 509 nm.

The same as above.

(1)Verify the function of repression of lacI

The time history plot of Relative Fluorescence Unit of the objective strain(The strain contains the plasmid named pGLO-lacI） under different conditions is shown in Fig.1 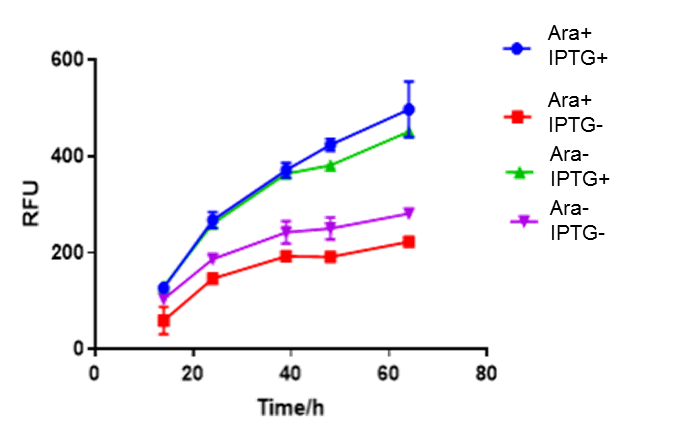 Fig.1 The Relative Fluorescence Unit of the objective strain

The time history plot of Relative Fluorescence Unit of the objective strain(The strain contains the plasmid named pGLO-lacI） under different concentration of arabinose is shown in Fig.2 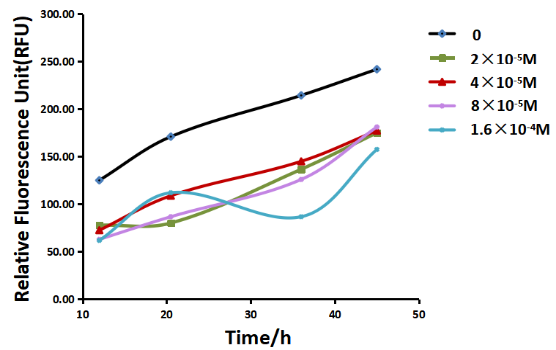 Fig.2 The Relative Fluorescence Unit of the objective strain

The time history plot of Relative Fluorescence Unit of the objective strain(The strain contains the plasmid named pGLO-cI） under concentration of arabinose is shown in Fig.3 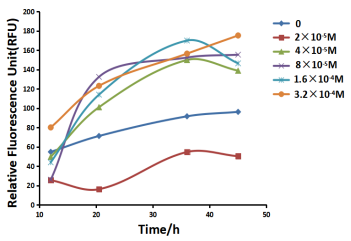 Fig.3 The Relative Fluorescence Unit of the objective strain

cI-PR：By adding arabinose to induce the expression of cI protein, the Relative Fluorescence Unit of the objective strain is lower which illustrate the effect of repressor.

cI-PR：Only when the concentration of arabinose is 2×10-5M, this part could inhibit the transcription of downstream.

②We select lacI-Plac as our final repression system. Because lacI-Plac can maintain the stable effect of repression at different concentrations but cI-PR didn’t show that.

We aim to use the lacI repression system to regular the transcription of sgRNA which is designed to specifically bind to the gene panD on the E. coli genome.

We constructed two compatible plasmids containing the sgRNA-regulated transcriptional system (BBa_K2556042) and the Cas9 protein, respectively. And then we introduced two plasmids into E. coli MG1655. After obtaining the transformants, we tried to demonstrate the difference of the transcriptional level of sgRNA by analyzing the growth curves in four different conditions (①+2×10-5M Ara +2×10-5M IPTG ②+2×10-5M Ara ③+2×10-5M IPTG ④None) . If sgRNA transcribe correctly, the CRISPR/Cas9 system will be activated. That means the target gene panD will be cut and the E. coli couldn’t survive.

We did three sets of parallel experiments and the result is shown in Fig.4. 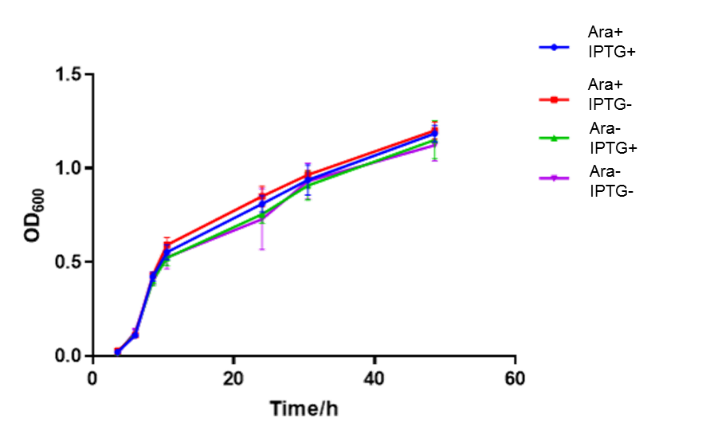 Analysis of the experimental results revealed that the lacI repression system couldn’t regulate the transcription of sgRNA successfully, because the four growth curves in different conditions are very similar. We suspect the lac operator which directly links to the sgRNA affects its conformation so that the sgRNA can’t be unable to function properly.

After consulting the literatures, we demonstrated it was exactly a DNA sequence before the sgRNA that prevented it from maturation. And it also didn’t work when we added a repeat artificially before sgRNA. Because it has been published that tracrRNA directs the maturation of crRNAs by the activities of the widely conserved endogenous RNase III and the CRISPR-associated Csn1 protein. This limits the use of the CRISPR/Cas9 system in E. coli.

Before genome editing, we first tested the cleavage function of the part containing the genomic homology arm on the plasmid. Our part is built on the T vector. The result is shown in Fig 1: 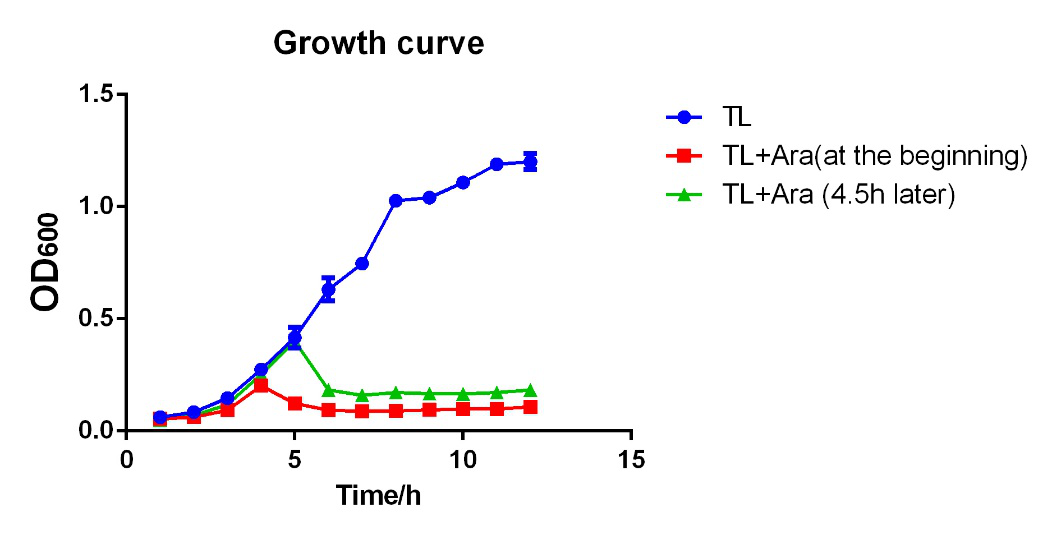 Our vector experiments have initially confirmed that the expression of the lysin gene is effective for cell lysis. Based on the results of this experiment, we inserted the lysis part into the E. coli genome by CRISPR/Cas technology. In order to obtain a transformant that was successfully inserted the part into genome, we screened by plate streaking, and the experimental results are shown in Fig 2: 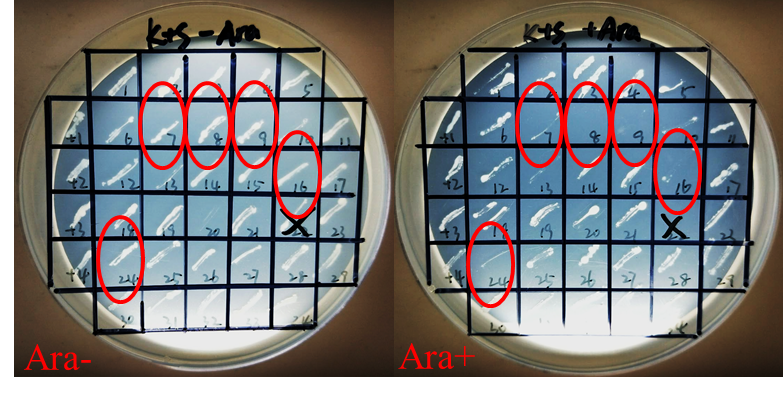 We selected 34 transformants for plate streaking, and 5 of them showed lysis effects on arabinose containing plates. They were probably the strain we have insert lysis part into genome. And finally we got a strain with a significant lysis effect0-9 after arabinose induction, and we named it E. coli MG1655-Lysis. You can see the result in Fig. 3. 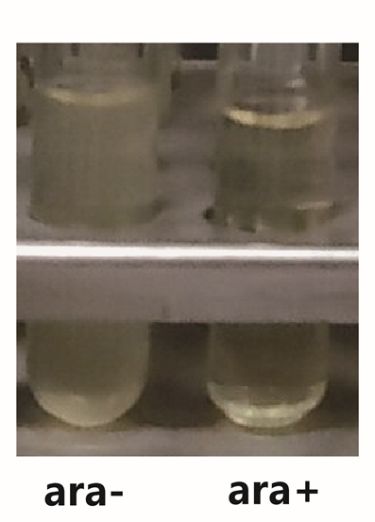