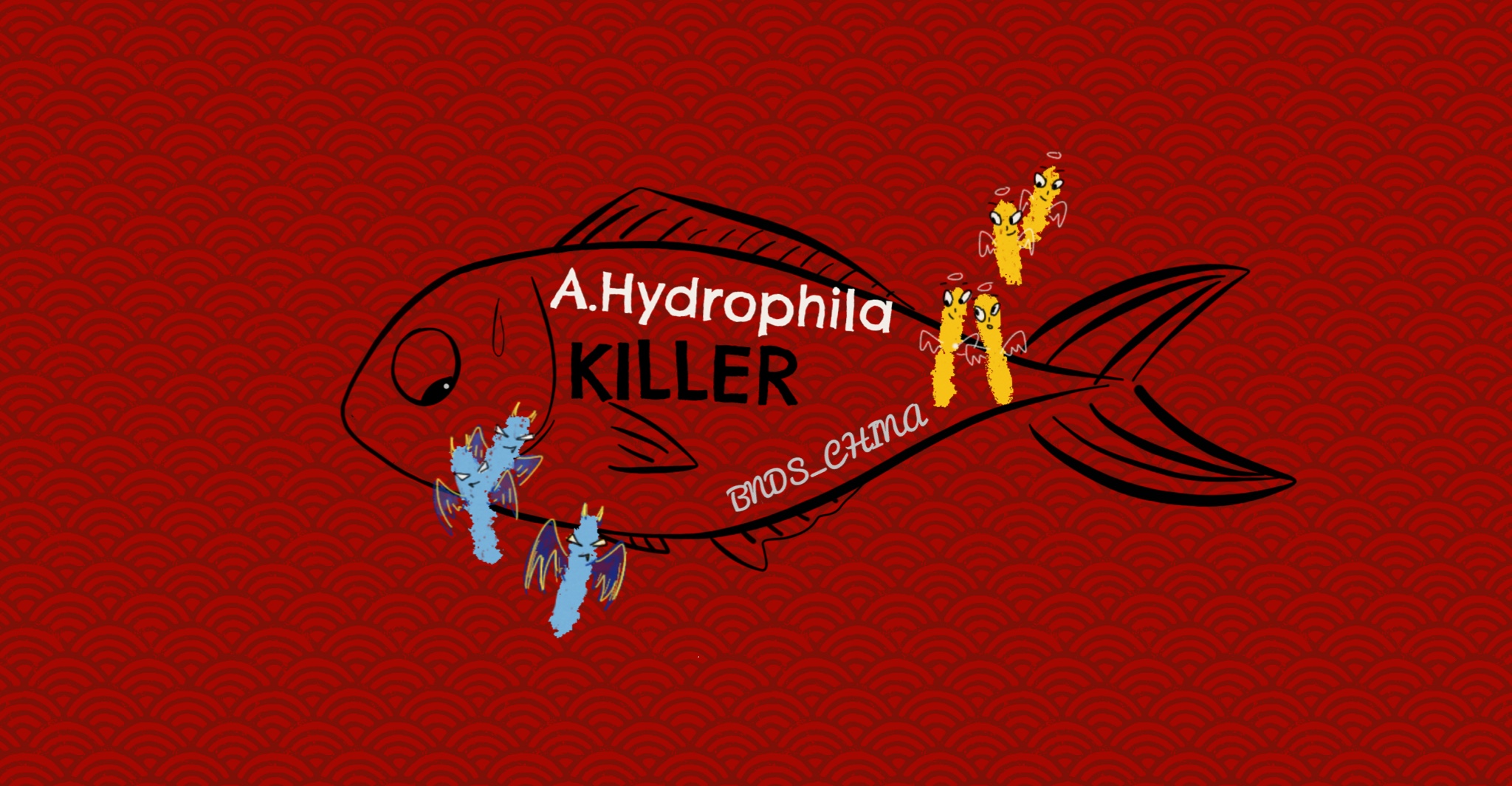 Aeromonas hydrophila is an ubiquitous gram-negative opportunistic pathogen in aquaculture. Every year, it causes a variety of diseases in fish. The symptoms include ulcers, fin rot, and hemorrhagic septicaemia. When A. hydrophila enters fish body, it often colonies in the gastrointestinal tract first. Its Type II, Type III, and Type VI secretion systems control several virulence factors, including aerolysin cytotoxic enterotoxin (Act) and biofilm formation ability. The secretion systems are further controlled by N-acylhomoserine lactone (AHL)-dependent quorum-sensing system based on the ahyRI locus. A. hydrophila infection is treated by broad-spectrum antibiotics currently. However, the pathogen has developed resistance to most common antibiotics, resulting ineffective treatment. During our visit to fish farming industry, we also knew that A. hydrophila infection was hard to be identified. Thus, our project targets to develop an A. hydrophila killer by engineering Escherichia coli. The killer can be divided into three parts: 1). a sensor that indicates the presence of A. hydrophila by expressing green fluorescence protein and alerts people the potential of infection 2). a primary helper killer that expresses lactonase to degrade quorum sensing signals from the pathogen in aim of reducing the production of virulence factors 3). a secondary killer which expresses antimicrobial peptides (AMPs) to inhibit the growth of A. hydrophila directly. We plan to regulate GFP, lactonase, and AMPs expression by using Prhl promoter, which is induced by the pathogen’s dominant quorum sensing molecule, C4-HSL. In addition, we want to hide our killer into capsules. When fishes eat the capsules in feed, the killer can arrive at its gastrointestinal tract and protect its health.