The whole meaning of this calibration is to have standard values that could be compared to in the future cell measurement part. The three standard parameters that served as important roles were OD 600 reference point, a particle standard curve, and a fluorescein standard curve.
For OD 600 reference point, LUDOX had been used to yield a conversion factor between OD 600 and Abs 600 that could be directly reported by the plate reader; thus, for any future measurements under the same experimental settings and volume, their corresponding OD 600 value could be calculated by multiplying Abs 600 with this conversion factor.

For the particle standard curve, as the size and optical characteristics of cells were similar to those of the provided microsphere suspension with known amount of particles per unit volume, the curve generated in this step could later be applied to calculate the estimated number of cells from the reported Abs 600 measurements. 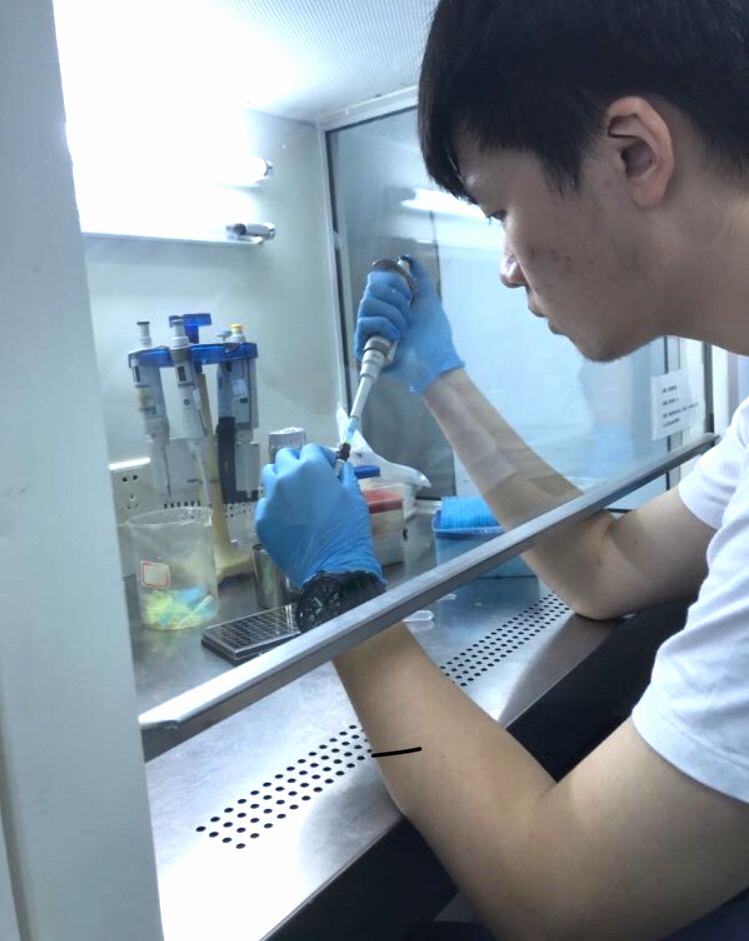 As senior-high school students, we could hardly have such opportunities to truly feel the scientific method as discussed in our normal natural science class.
This whole process of calibration taught us the first yet crucial lesson about scientific research that science researchers always maintained a standard to have their results become falsifiable and thus meaningful. The core of scientific research—comparing the newly generated results with the previous controlled ones, as told by all science instructors— has been revealed by this first section of Interlab.
Besides, scientific research must can be repeated by other researchers to verify one's results, and this idea of repeatable experimental process was also emphasized as teams all over the world performed the same experiment, trying to solve the same one problem.

The part of cell measurement is based on the same condition of three calibration measurements, which are the same setting, same plates and same volumes. There are three parts in cell measurement, including transformation, picking colonies, cell sampling and assay.
In the transformation process, Escherichia coli DH5α was transformed with the 8 devices as required in standard protocol. Then, we picked two colonies from each plate and inoculated them into 5 ml of LB media. After overnight incubation for 16 hours, we did the dilution of cultures and measured the Abs 600 and fluorescence values of them. 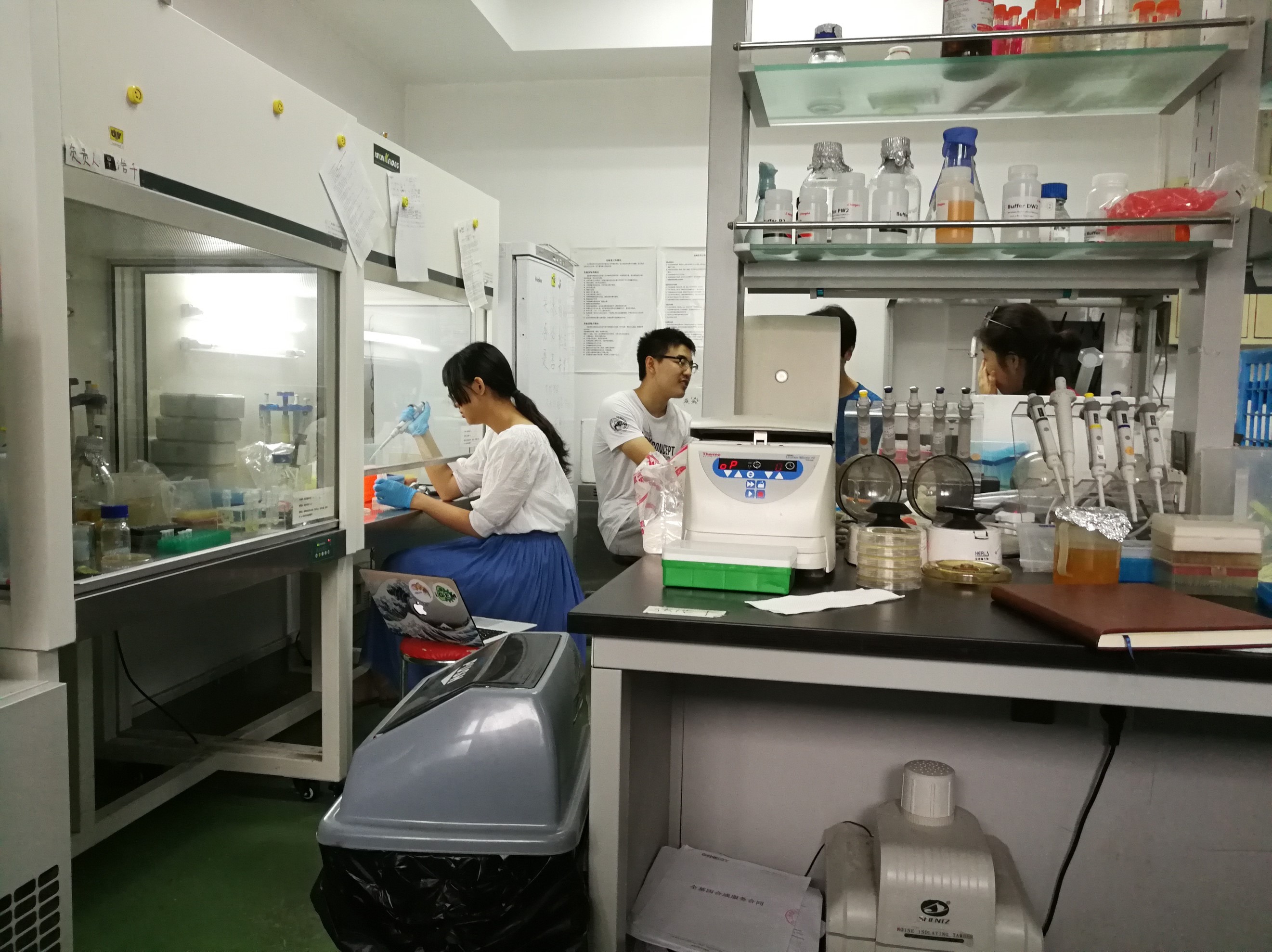 As a senior-high school student, I don't have many opportunities to do such experiments at school. It's my honor to contribute to Interlab experiments. Just like other fields of study, molecular biology is trying to find an unitive “ruler”. In the last few year, the “ruler” has been discovered gradually.
During the experiment of cell measurement, I was strongly attracted by the preciseness in molecular biology: the whole process must be based on precise calibration and careful operation. What's more, patience is also an essential characteristic of a researcher. Many steps in the experiments need us to wait and think. Finally, the most important thing is to follow the protocol carefully. These challenges have made me better step by step. 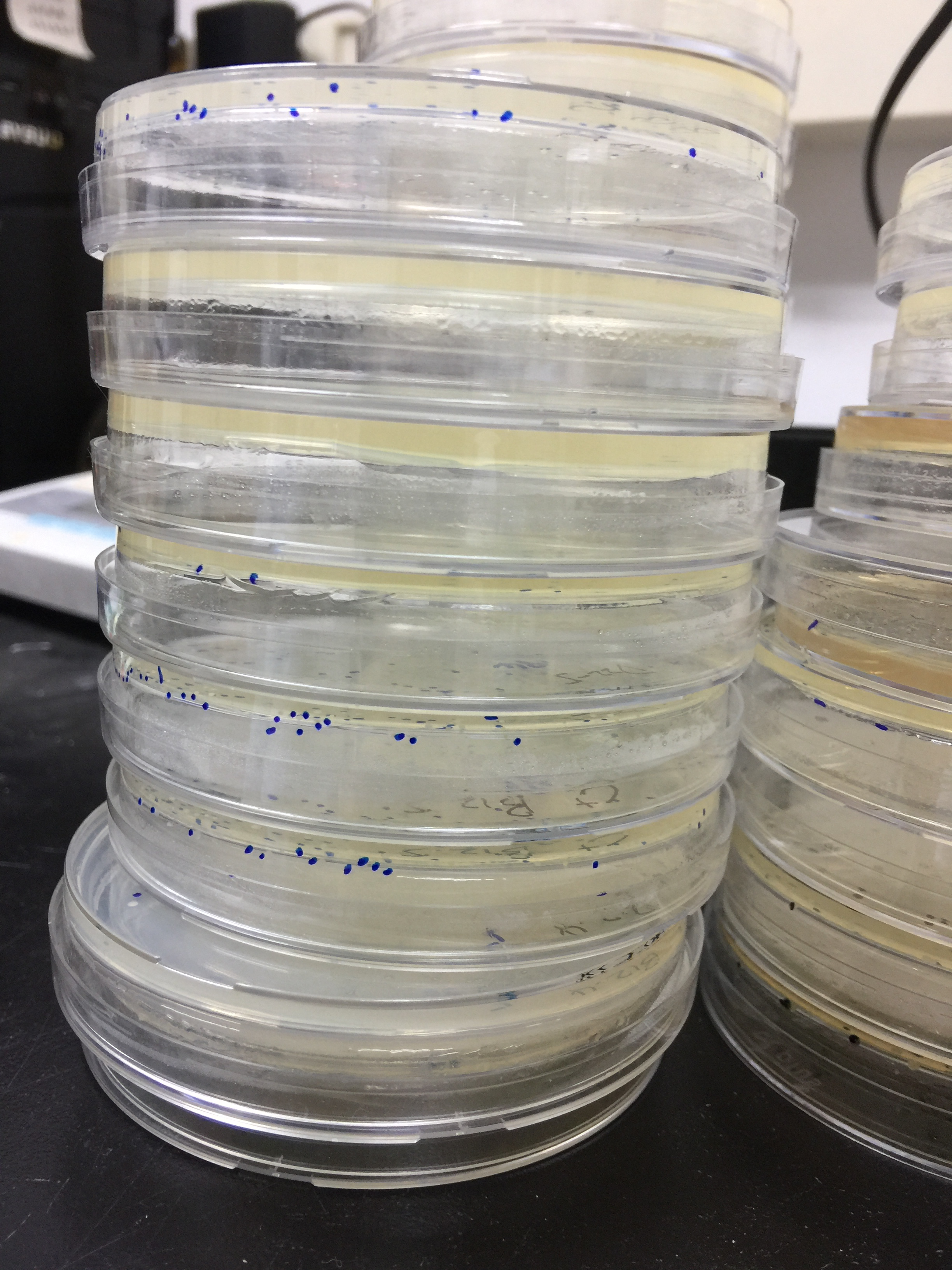 CFU was used to estimate the cell concentration of the culture. It required the counting of viable cell colonies after culturing them in LB media. The colonies of two positive control (BBa_I20270) cultures and two negative control (BBa_R0040) cultures were counted.
Following the protocol, the starting samples with 0.1 OD 600 measurement were prepared by measuring the OD 600 and diluting of overnight cultures. Then, we diluted each triplicate starting sample five times in 2.0 mL or 1.5 mL tubes. The third, forth, and fifth dilution of each sample were then cultured on LB Agar + Cam plates, with the final dilution factor of 8×10 -4, 8×10 -5, and 8×10 -6 respectively, and we got 36 cultures in total. The counting of the number of colonies took place after 18 hours of incubation at 37°C.

This process surely practiced some of the basic skills needed in iGEM experiments such as the way to use the pipet accurately, to count cell colonies quickly, and to spread the solution on the culture media evenly. By repeating these basic movements for multiple times, we consolidated our skills as preparation for future experiments. On top to this, the repeating steps of counting cell colonies also taught us that scientific research need patient and practice.