HOW A TOEHOLD SWITCH WORKS

Conventional riboregulators serve many synthetic biology purposes including gene regulation, genetic circuits, and biosensors. However, their low dynamic range and susceptibility to crosstalk inhibit their ability to be sensitive towards RNA recognition. In addition, the significant amount of crosstalk that occurs in natural riboswitches diminishes specificity, which is an important aspect to consider in global applications including diagnostics and biotechnology. To address these limitations, toehold switches have revolutionized engineered and systematic riboregulators through their ability to regulate many cell components at the same time. They exhibit far more favorable reaction kinetics and thermodynamics in addition to their dynamic range and versatility [5][1]. As these synthetic riboregulators utilize linear-linear interactions between RNA, they present a reliable and diverse application in synthetic biology offering a potential role in diagnostics. Thus, the 2018 Lambert iGEM team envisions the use of a toehold switch to create a Cholera detector as one of the propelling motivations for this year’s project.

How a Toehold Switch Works

Toehold switches are riboregulators that activate translation in response to a distinct RNA sequence. It is comprised of a switch and a trigger. The switch is composed of a hairpin loop structure that represses translation through its complementary bases in between the ribosome binding site and start codon, which is followed by a 21 nucleotide linker sequence. These sequences ensure that the toehold switch structure will be maintained while coding for low-molecular weight amino acids that would not interfere with the switch’s function. The toehold domains at the beginning of the hairpin are 12 to 18 nucleotides long and are designed to be complementary to the trigger in order to initiate linear RNA binding [5]. The trigger contains complementary sequences to the toehold domain that once it is in the presence of the switch, it will bind to the hairpin stem and unbind the loop. This exposes the ribosome binding site and start codon, allowing translation of the reporter protein to occur.

To address the lack of a proactive, feasible detection method for Cholera, Lambert iGEM developed a Cholera toehold switch. One of the largest sources of contracting Cholera is through the consumption of contaminated water. To develop a detection method for these contaminated water sources, Lambert iGEM has located the gene ctxB in the toxigenic bacterium Vibrio cholerae serogroup O1 [3]. This gene encodes for the Cholera enterotoxin subunit B which does not contain toxicity by itself but is specific to the pathogenic strain of Cholera [4]. The use of this gene allows for our designed switch to be an accurate detection mechanism while also addressing any safety issues regarding any contact with toxins.

Using a toehold designer software from the Chinese University of Hong Kong iGEM team, we inputted the RNA sequences of ctxB as the target and other parameters including trigger length, toehold domain length, maximum toehold domain base pairs, working temperature, promoter sequence, and linker sequence. The software then generated possible sequence combinations for each of the switch and triggers while also providing additional data that further characterized each component’s efficacy.

Here is all of our Toehold Construct designs.

We also utilized Nupack: an open source software that analyzes nucleic acid structure in response to a given sequence. By inputting the minimum free energy structures for each of the switch and trigger combinations, Nupack showed the possible formed structure allowing us to determine whether or not each switch and trigger would have a high probability of working. The minimum free energy shown below demonstrates the strength of repression for the switch RNA and the single-strandedness of the trigger RNA for the activated complex [2]. According to Green et al. 2014, a negative ∆GRBS-linker values is correlated to lower switch dynamic range.

Through these two softwares, Lambert iGEM was able to design and test three Cholera switches. These switches all consist of a T7 promoter (Part I719005) along with LacZ (Part I732005) as the reporter gene. We performed a series of experiments to clone our toehold switches. 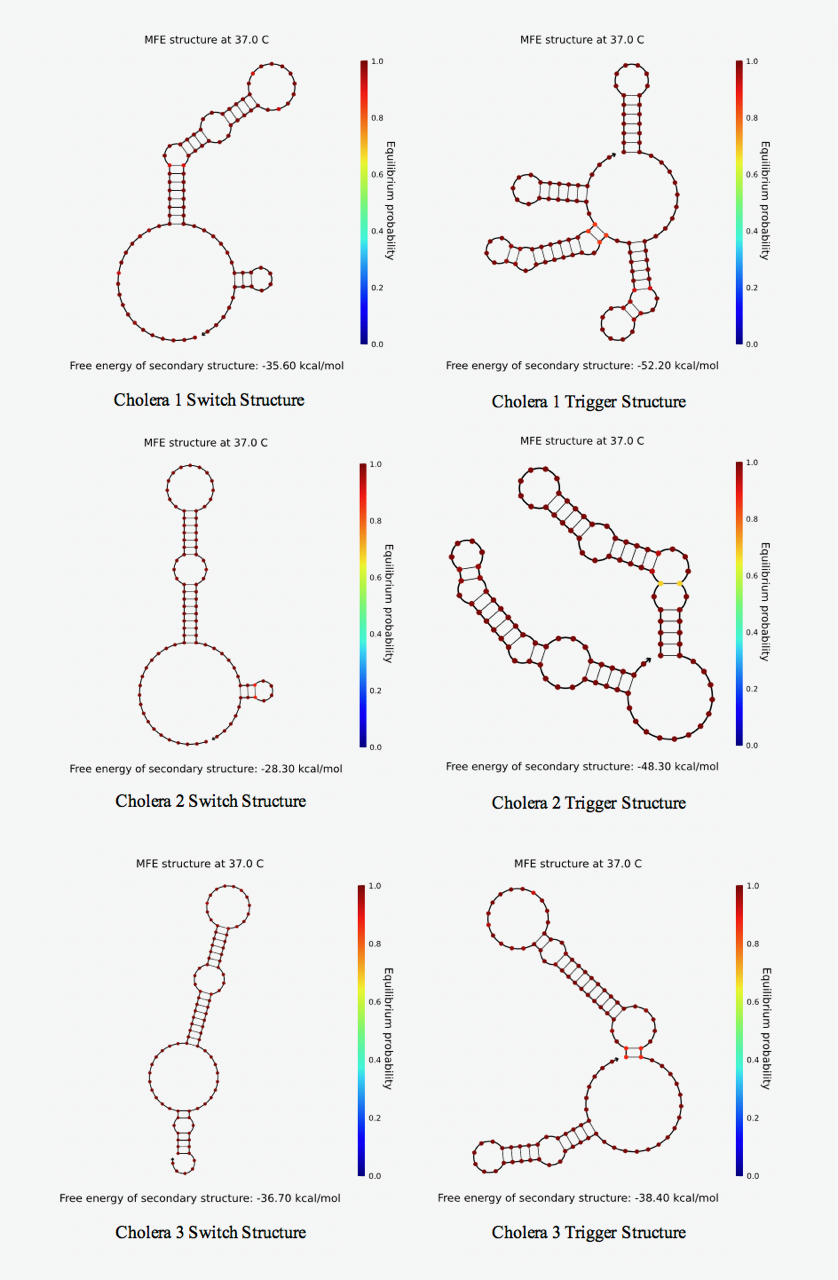 Development of our Cholera Switch and Trigger. 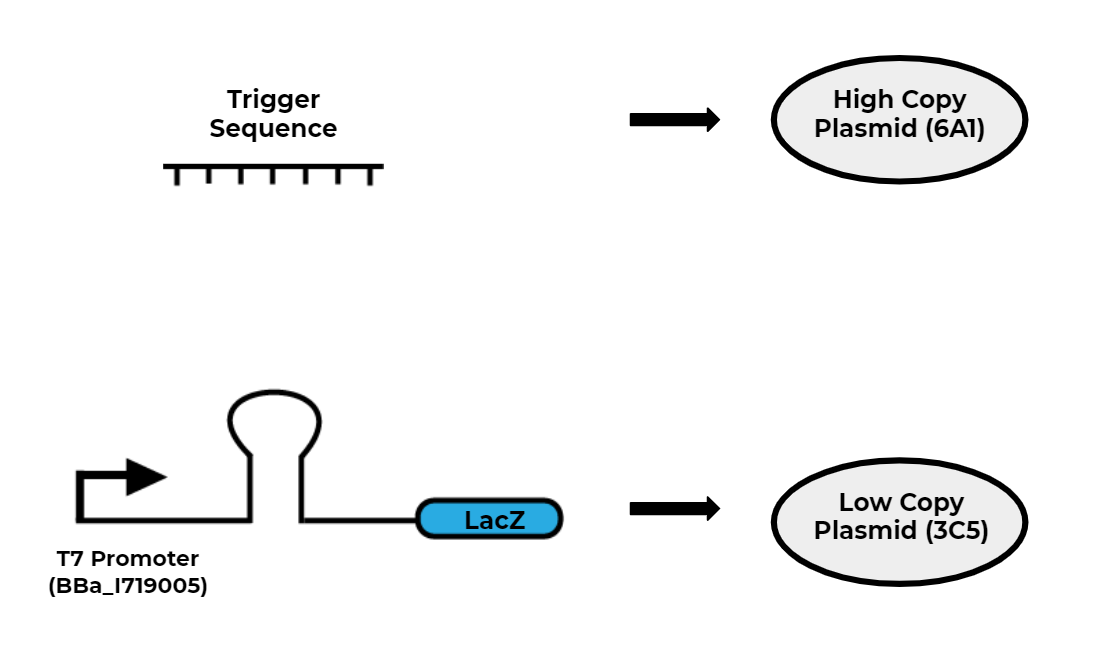 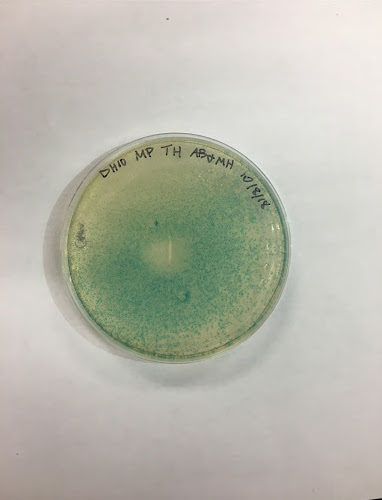 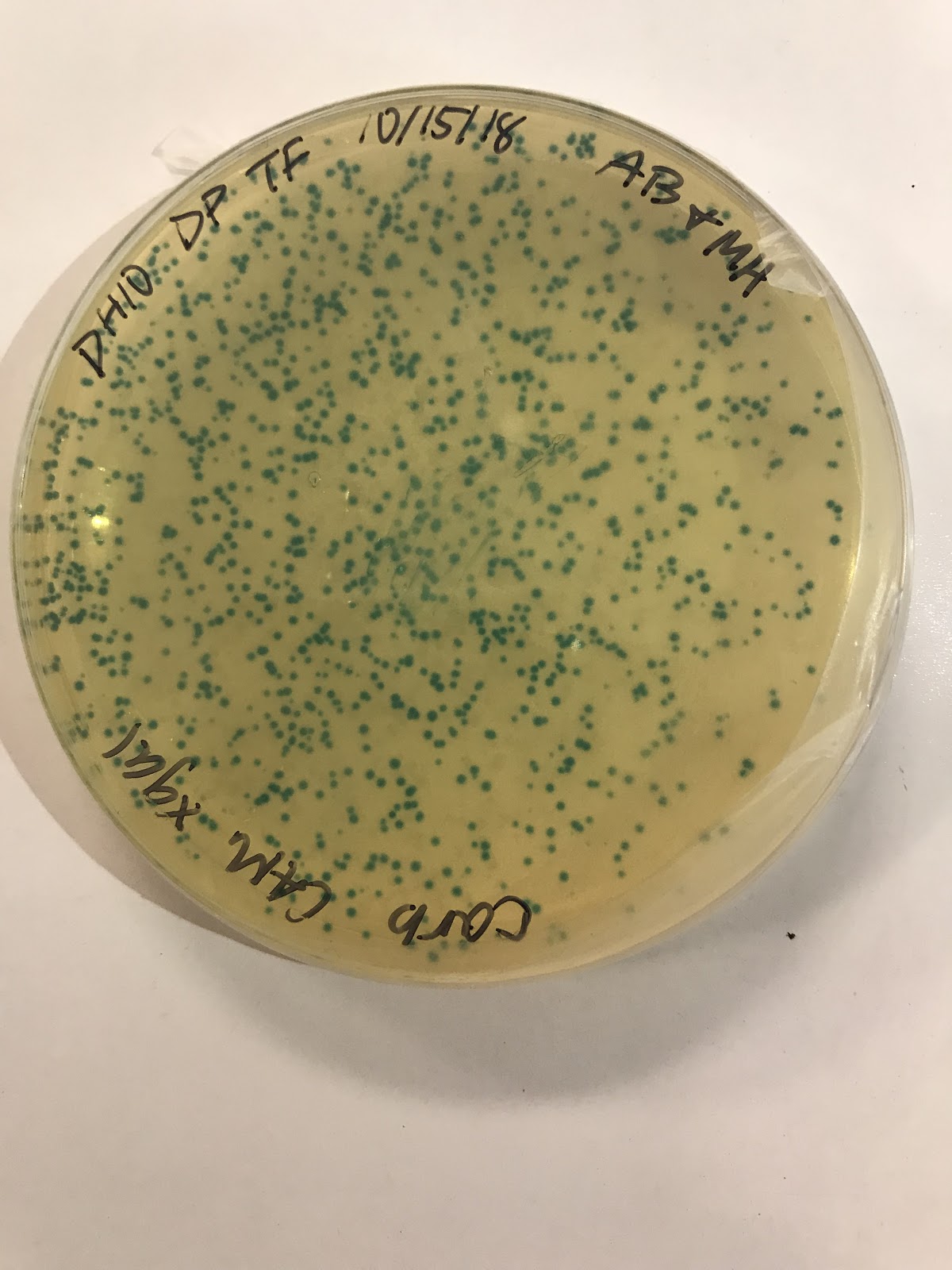 
As seen in the figure above, it was observed that the toehold expressed a blue pigment when inoculated into Xgal and Luria Broth (image on the left). Although a lighter shade than when fully induced (image on the right), we hypothesize that this apparent pigment is due to toehold leakiness as a result of the strength of the T7 promoter. The Toehold sequence used in this construct was obtained from the 144 first generation orthogonal toehold switches collection from the 2017 Collins paper titled “ Toehold Switches: De-Novo-Designed Regulators of Gene Expression”. Following this unique toehold sequence is the LacZ operon. We introduced a base pair wobble in the LacZ gene that substituted an Adenine for a Guanine. The wobble mutation sequence was obtained from the Styczynski Lab at the Georgia Institute of Technology and was used to eliminate the illegal EcoRI site in the LacZ operon.