Goal of the study

The International Interlaboratory Measurement Study in Synthetic Biology aims for four years at creating an highly replicable experiment and make it test by numerous labs in the world. This has lead to the robust measurement procedure for the Green Fluorescent Protein (GFP). This protein was chosen because it is one of the most used marker in biology and, as a result, most laboratories are equipped to measure it.

There are two main part for this year’s interlab study :

We are presenting here the results of iGEM Montpellier team after conducting the protocol for the fifth interlab study.

Before doing the experiment three calibrations are required. 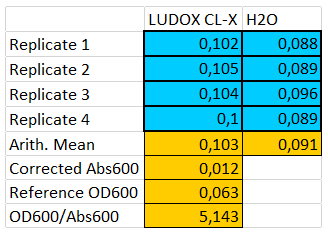 This measurement permits us to construct a standard curve of particle concentration which can be used to convert Abs600 measurements to an estimated number of cells. We diluted silica beads and measured their absorbance with a plate reader. 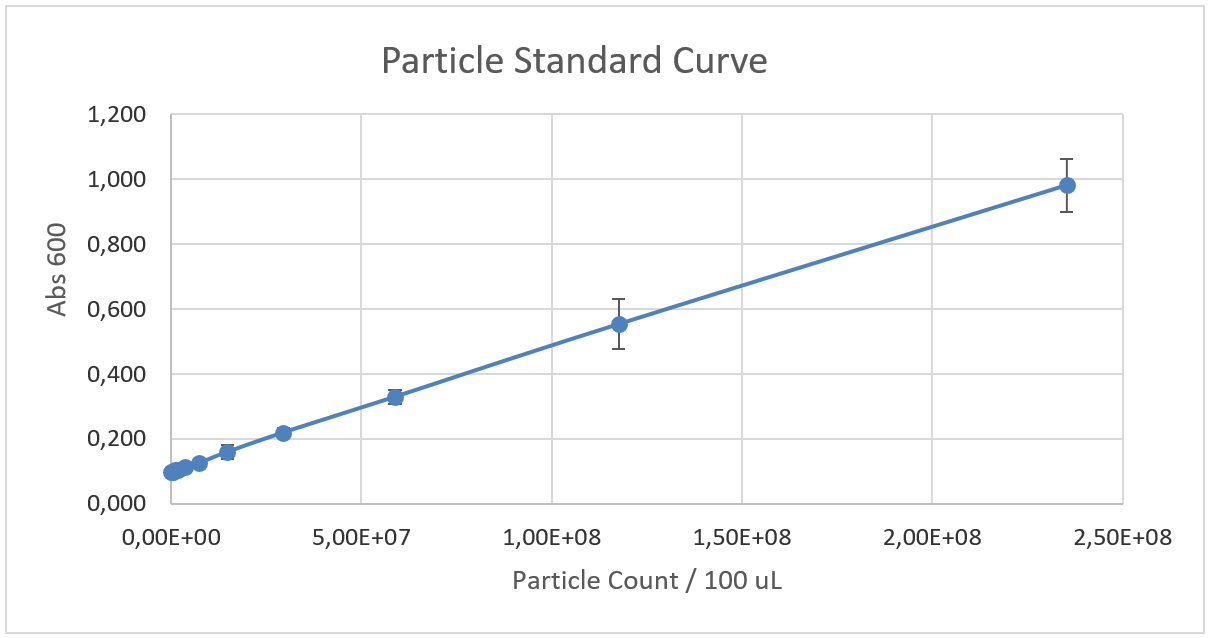 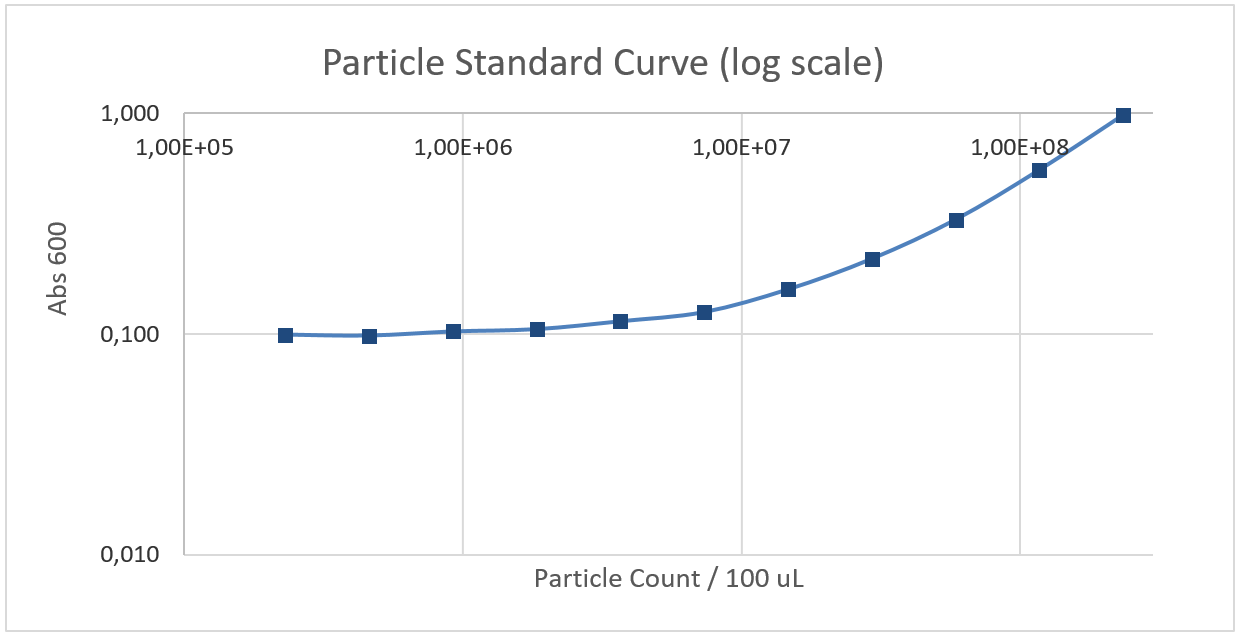 The fluorescence recorded by a plate reader is expressed in arbitrary units. This has to be countered by a last calibration which leads to a standard fluorescence curve. For this experiment we used fluorescein which is a cheaper fluorescent protein than GFP. 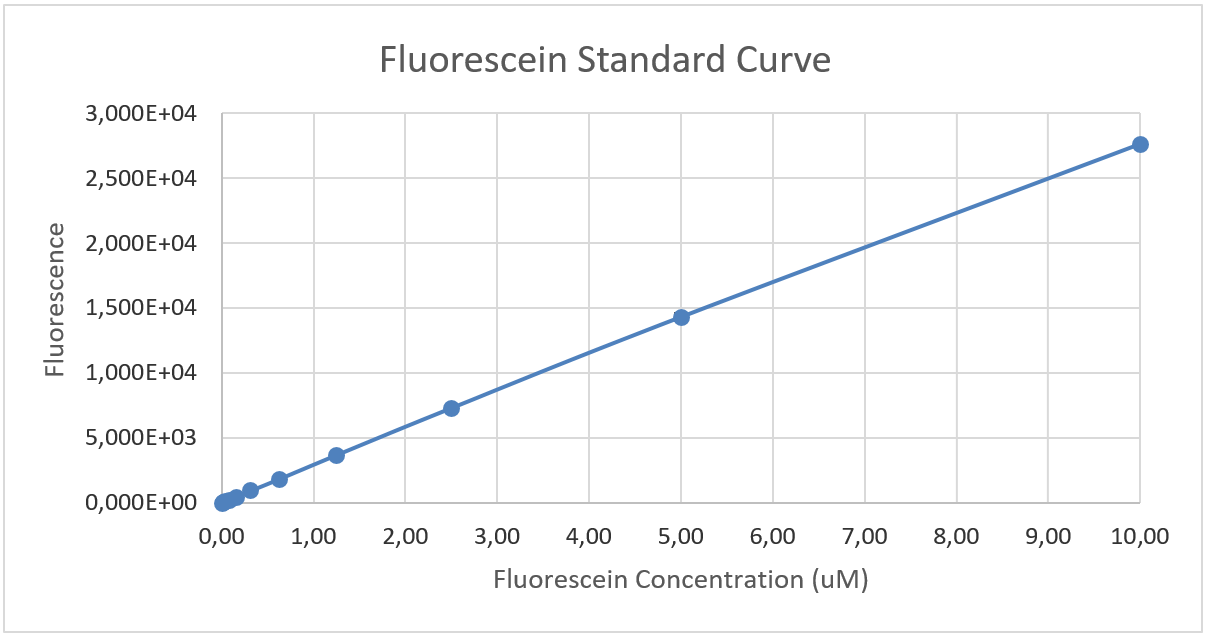 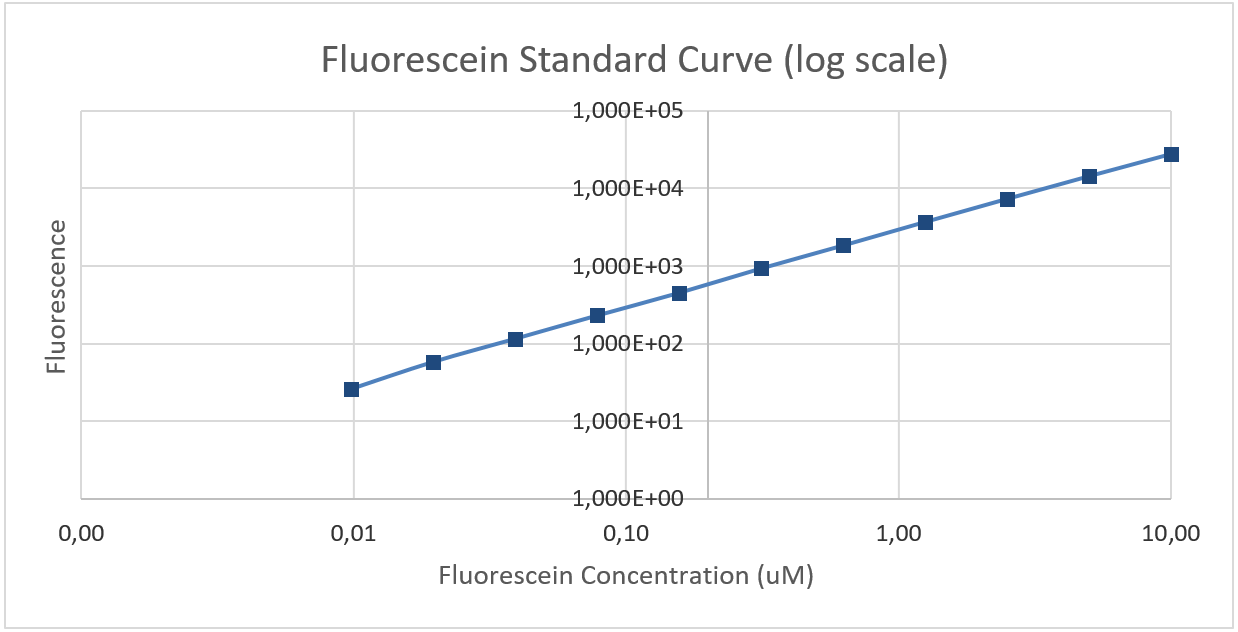 Here is the table of our CFU experiment results.